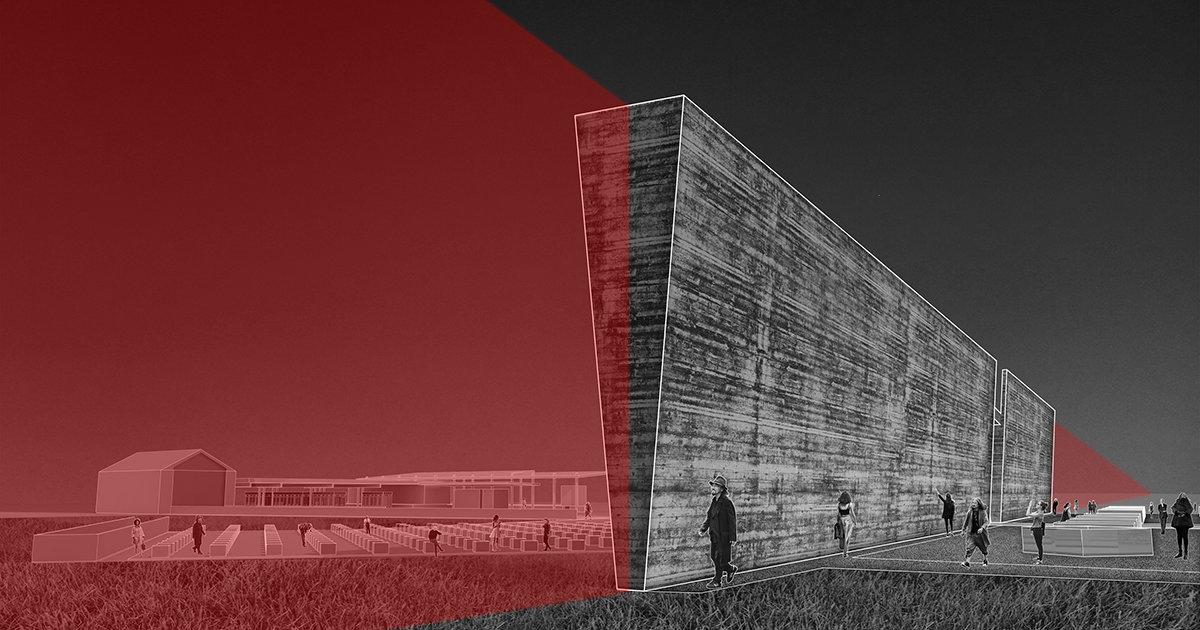 Socio-political events in the first two decades of the Millennium clearly stands incontrovertibly to a body of doctrines that otherwise clearly marks globalization. The 9/11 terrorist attacks, 2008 financial crisis, 2016 BREXIT vote, 2017 US Presidency, and the current refugee crisis has instead reversed the process of opening borders into strategies of ‘closures.’ The humanitarian crisis of the mid 21st century witnessed numerous European states not only reinstating border controls but also taking steps towards building physical barriers.

“[NON]EXISTENT BORDERS” is an architectural project, which refers to the current political paradigm in Europe and beyond – to the escalating processes of closing borders, reinstating border controls, and the construction of border walls.
It aims to explore and develop the role of architecture as a tool with multidimensional influences on political, economic, and social fronts. It is an expression of an architectural protest against ‘Re-dividing Europe’.

The project is composed of three elements; a symbolic tall Wall – the Memorial - built on the former border crossing within the so-called no man’s land, and the two main structures (Art Gallery and Science Centre) located on both sides of the border.‌ 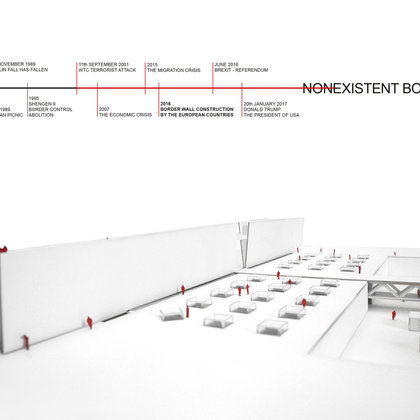 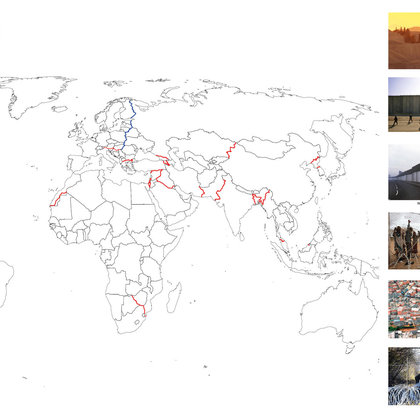 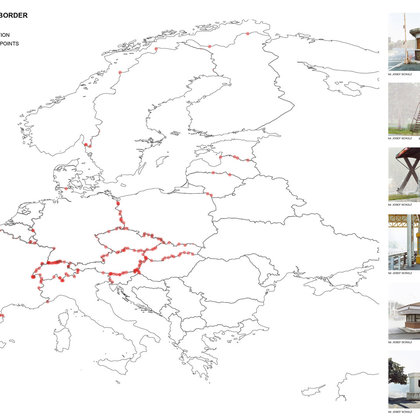 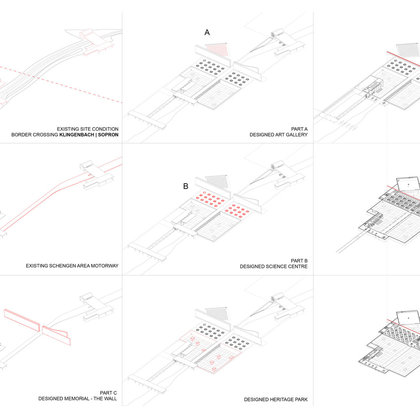 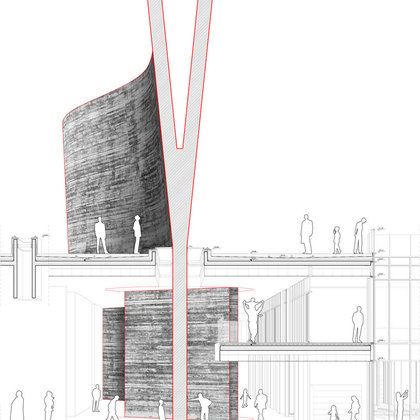 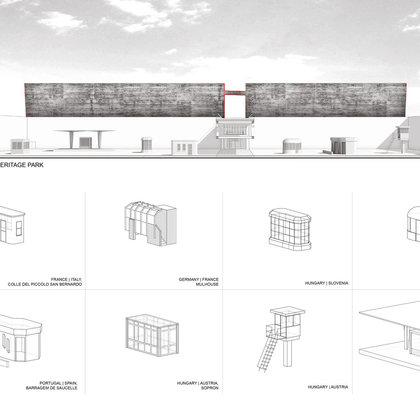 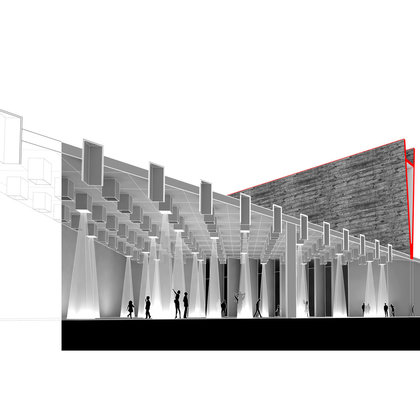 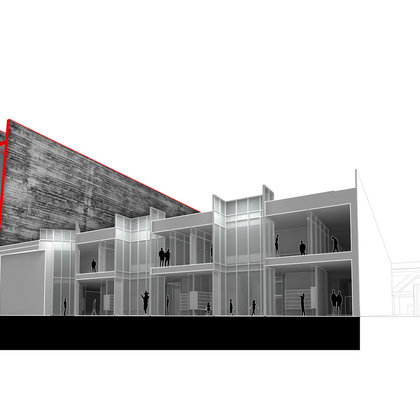 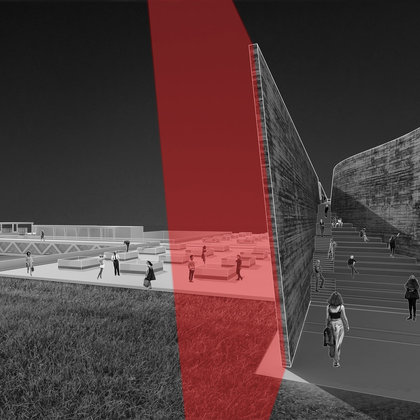 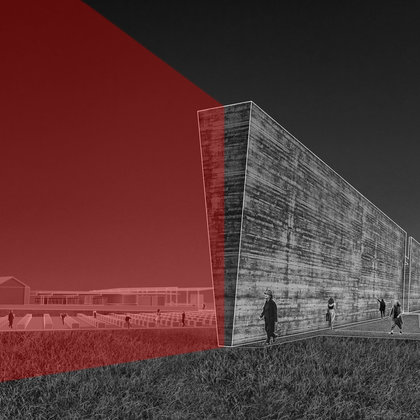 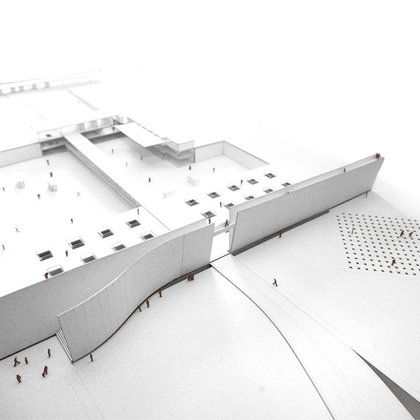 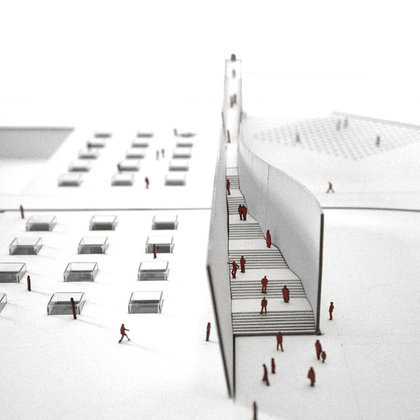 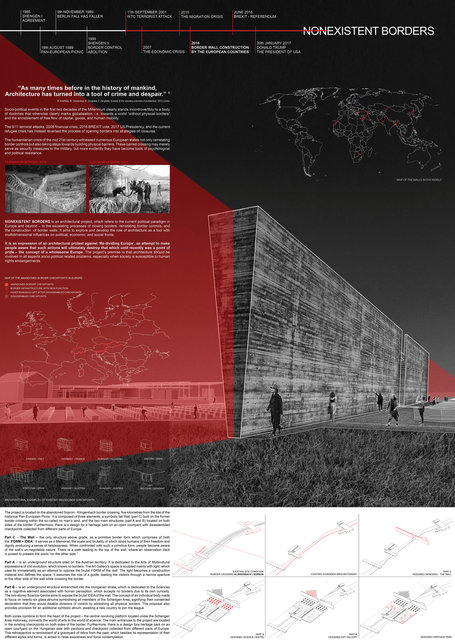 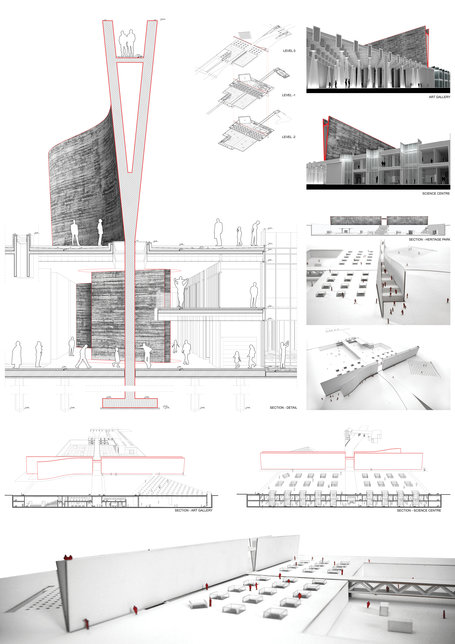