A new airport in Wuhan, China 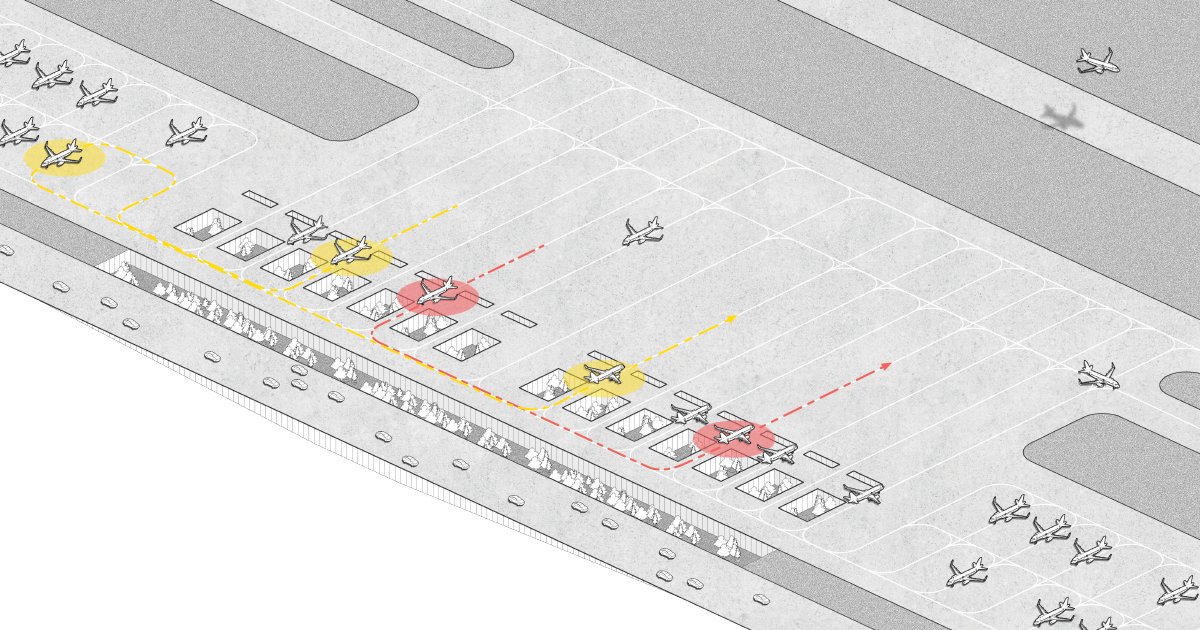 As a diploma project, this proposal questions many aspects of what an airport should be today.

First, by implementing these infrastructures in connection with urban areas:
Chinese cities have been growing rapidly in the last 30 years. New airports are increasingly distant from urban centers.
This proposal seeks to anticipate the development of the city of Wuhan and to integrate this new airport to its growth.

For the architecture of the building, it is an underground construction where planes are moving above. The whole is divided into three parts: the main hall, the departures zone and the arrival zone.

Usually, aircrafts just landed are parked in front of the terminal and wait for passengers to leave. The planes can stay parked for several hours, blocking a boarding gate.
In this proposal, aircrafts are integrated into a rotation system and are no longer assigned to a single boarding gate.
Planes arrive at the arrivals area before going (directly or not) to the departures area. If the departure is later, the aircraft can wait in a parking area.

By only passing at the gates, their number is smaller and the size of the terminal is reduced. The passenger experience is improved !

The waiting place of the terminal is organized around patios that enrich the traveler's experience and offer accessible outdoor spaces.

The diploma project is purposefully ambitious as it tackles the building of an airport whose programme is immediately complex and difficult to grasp. However, the student was able to make good use of it, by twisting it in order to generate a new form of airports specifically adapted to the Chinese context.

Indeed, form the outset the questioning of major infrastructures takes into account the Chinese large-scale urban phenomen on requiring major modes of transport to meet the demand of new inland cities.
Although those cities names are still unknown outside of the Middle Kingdom, each of them is inhabited by tens of millions of inhabitants. Wuhan is one of those cities, in the very centre of the country. In this context, a new domestic airport appears as a necessity.

The choice for the project started off on the challenge entitled 'the plane as landscape for all'. The architecture disappears, the equipment slips under the runway so that the passengers cross the infrastructure and access the aircraft directly through vast hoppers and landscape gardens.

This new typology of metropolitan airport is innovative in the way that it simplifies the process of logistical and commercial presumptions to make the traveller’s journey shorter and more enjoyable.

This project is a creative force which may well allow us to reconsider the very status of the contemporary airport ! 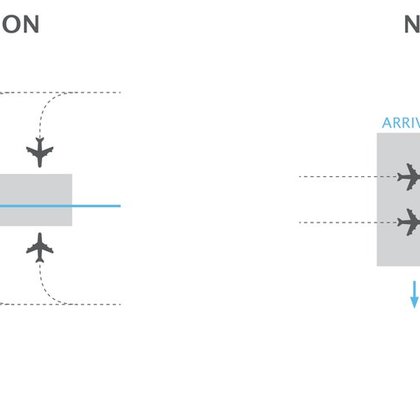 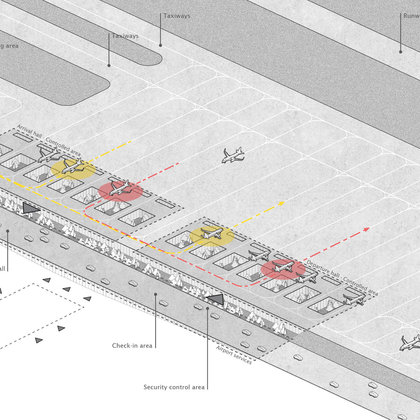 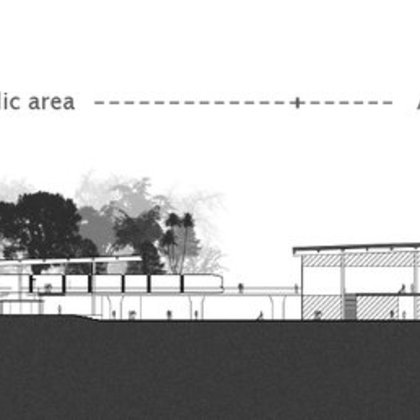 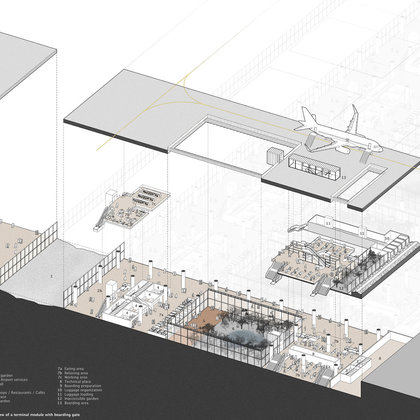 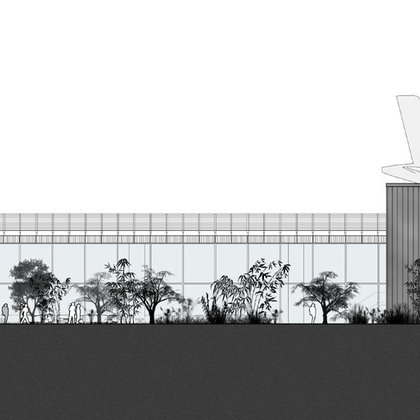 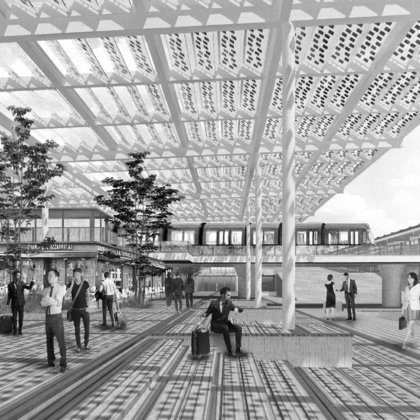 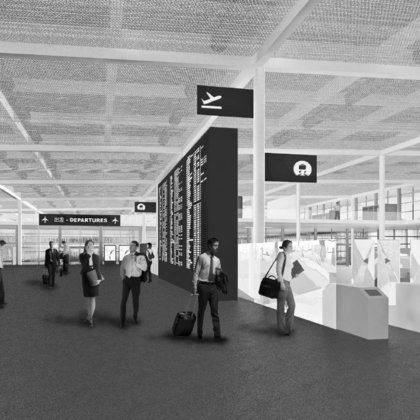 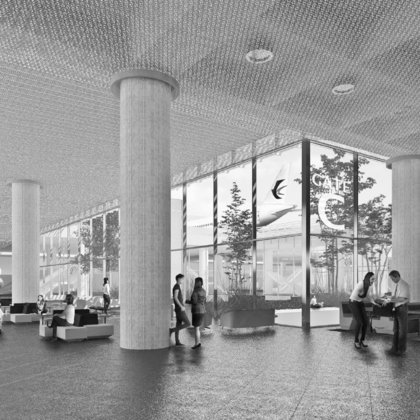 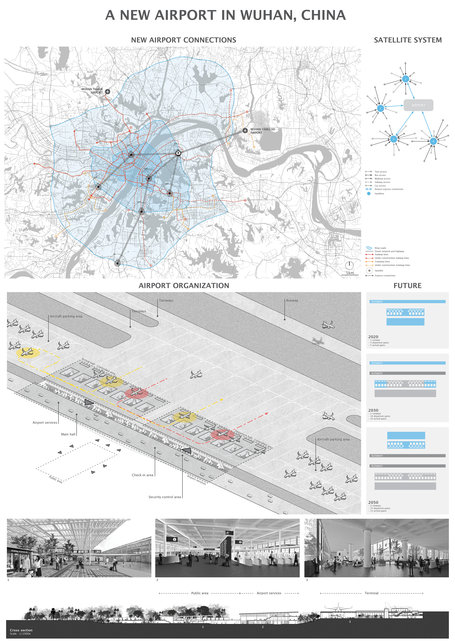 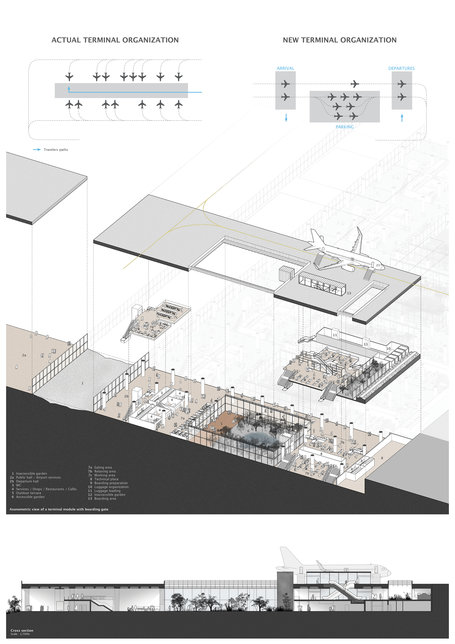