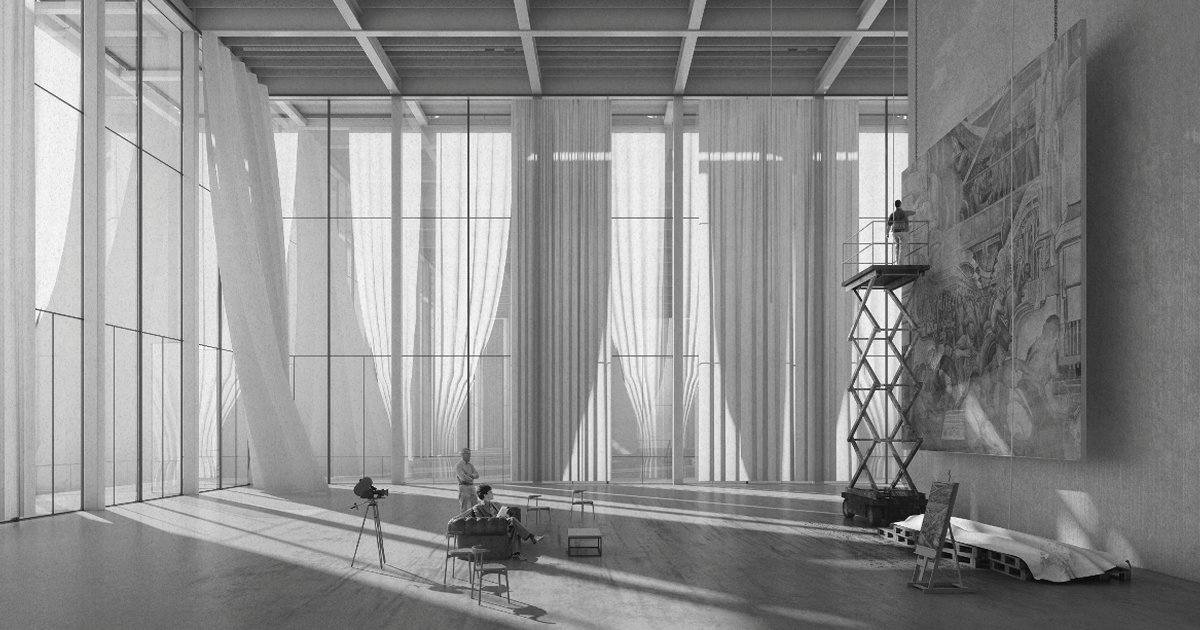 In the industrial era urban development and social structures in Western European cities reflected an emphasis on the production of material goods which required labour inputs to be focussed and ordered - typically within factory premises or other processing centres. In the modern era the industrial model has been progressively overtaken by economic activity based on the production of an increasingly diverse range of services. This new economic activity pervades all aspects of life. It harnesses all forms of human knowledge and communication and its social, cultural, educational, creative and political interactions as sources for economic opportunity. Cities are the greatest repository of these resources.

These new patterns of economic activity have significant social impacts for the workforce in urban areas. Increasing flexibility leads to less security and certainty for workers and the loss of the sense of the workplace as a source of identity and stability.

In spite of the city’s increasing complexities, contradictions, and informalities it has become reduced to simply being a site for production - the city has become the factory. As a result there is no recognisable physical manifestation which gives form or political meaning to the new workforce and their contribution to the life and culture of the city.

The ‘Return of the Factory’ explores the scope for creating a “social factory” embedded in the heart of Madrid, drawing strength from its physical and social infrastructure. The concept integrates workspaces and civic space to facilitate social and cultural interaction while its distinctive identity is intended to empower its users as well as facilitating their creative contribution to the city and its economy.

The recent pattern of development in Madrid has included the creation of sprawling commercial campuses and office complexes occupying an ever expanding peripheral development zone around the city. In contrast, the project makes an argument for re-establishing relationships within the City. This leads to a proposal for a radical metropolitan insertion which would increase the density and diversity of uses within the City core of Madrid, providing new public space as well as diverse workspace opportunities in the heart of the city. While the monumentality of the surrounding buildings celebrates an imposed order, the form adopted for this project proposes a scale and monumentality reflective of the multiplicity of opportunities for pursuing diverse forms of work, social and cultural activity as well as the collective efforts of its workforce. 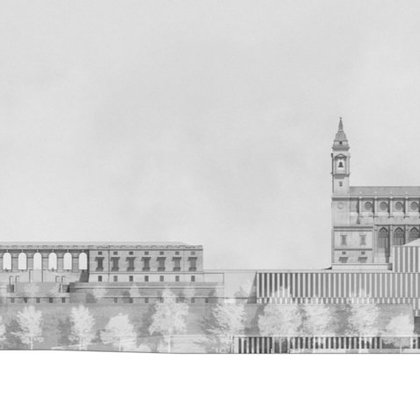 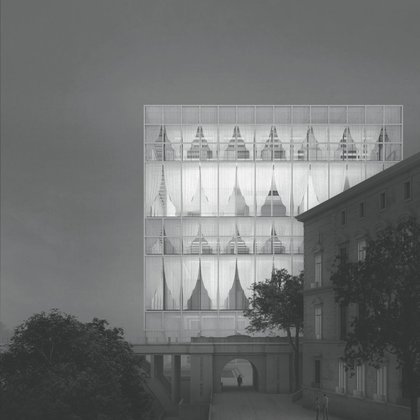 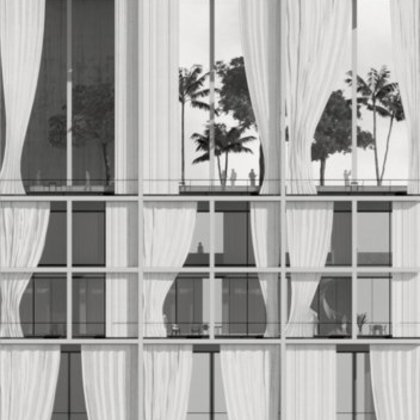 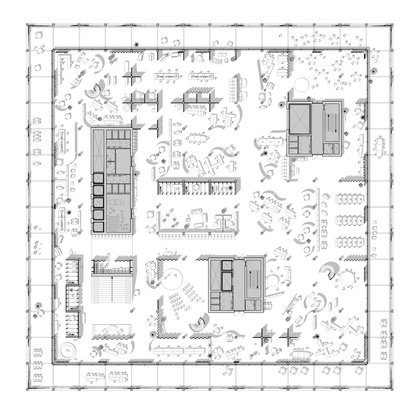 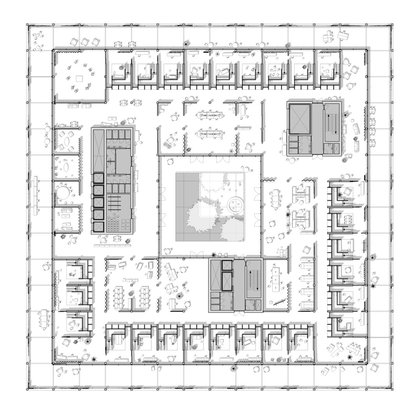 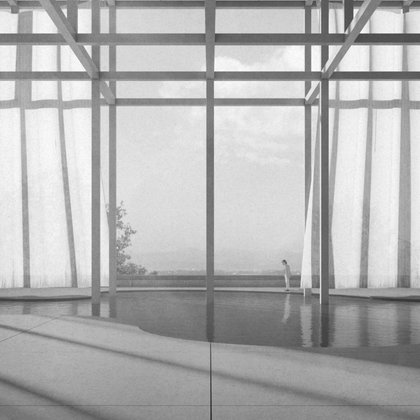 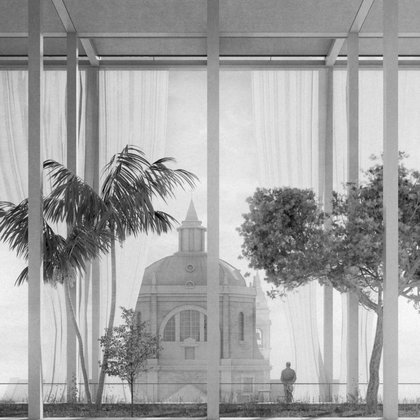 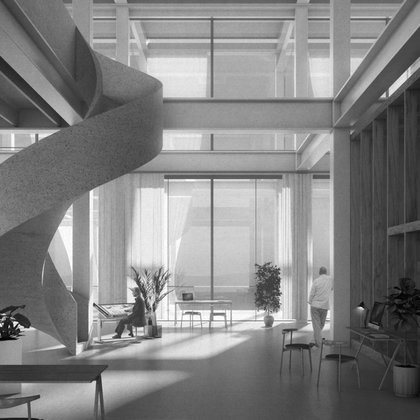 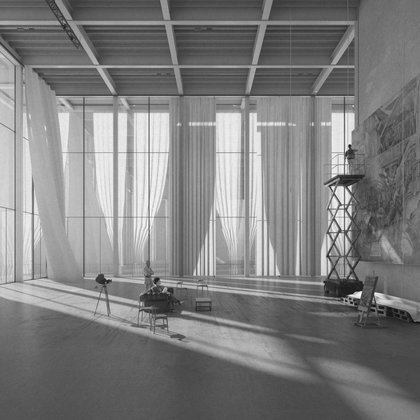 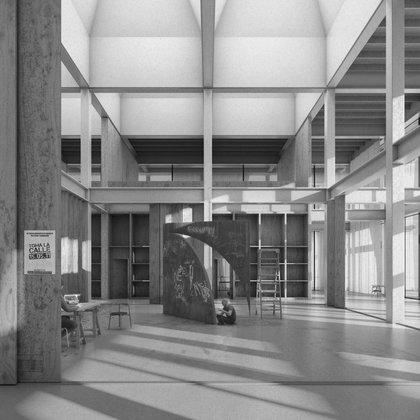 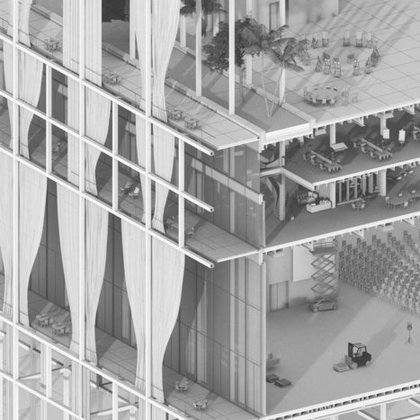 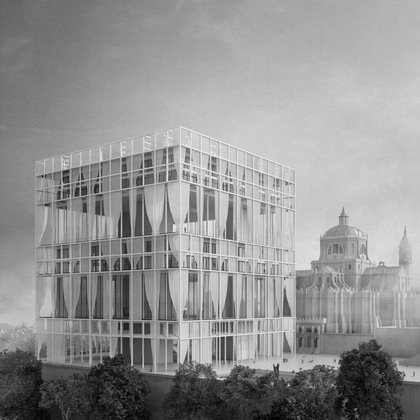 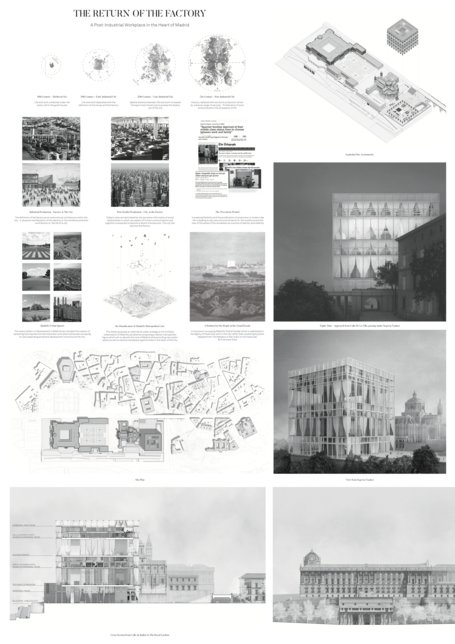 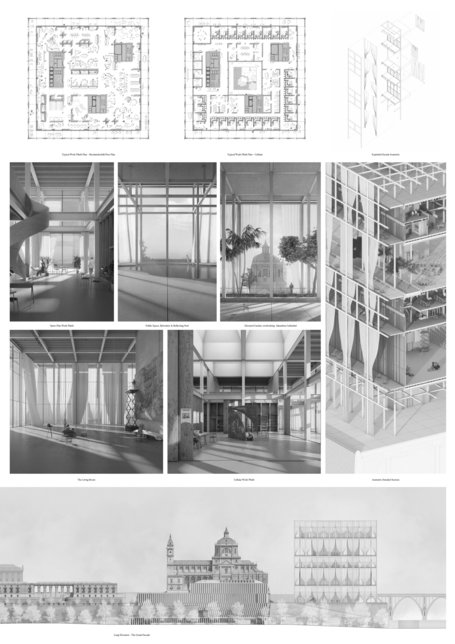