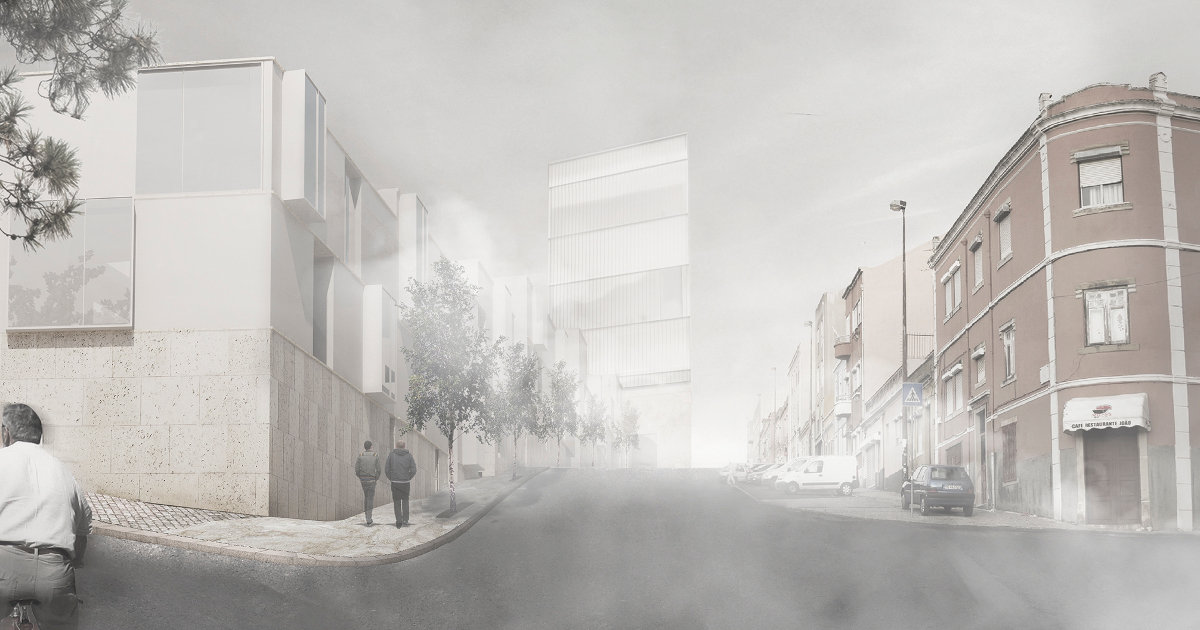 Considering the actual state of the city, the present work reaffirms the
necessity of consolidation of the urban areas resulting from the city
expansion.The fragmentation of this spaces constitutes, in this reflexion,
the opportunity to rethink the mending of the urban tissues in Rio Seco
Valley, which is characterized nowadays by unnatural appropriations
of the topography of the place. The regeneration of the green element,
with the definition of a urban park around the river, it’s seen as a macro
urban hypothesis. It appears as an idea of continuity of the ecological
structure and the sew of the city in this area.
Inserted in this urban proposal, the developed project proposes the
consolidation of rua do Sítio ao Casalinho which frames a “bridge”
between two green elements here in dialog: The new Urban Park of
Rio Seco and Tapada da Ajuda.
It investigates a hypothesis of intervention in the given street. Tries to
answer to the functional aspects of the local demand, as well as the
social aspects and the concept of the limit of the public space. In this
sense, these aspects pretend to associate to the specific Lisbon identity
and to stimulate memory and the dialog between this place and its
background.
In the framework of the requalification theme, it is intended to
approach forms of adaptation of new buildings to the pre-existences in
the densification of the city, marking one possible way of intervening in
the problematic of the current urban voids. 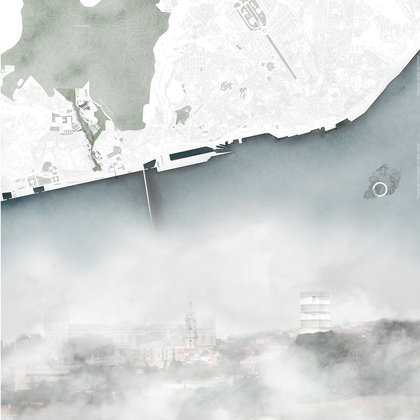 Visual relation of from the park 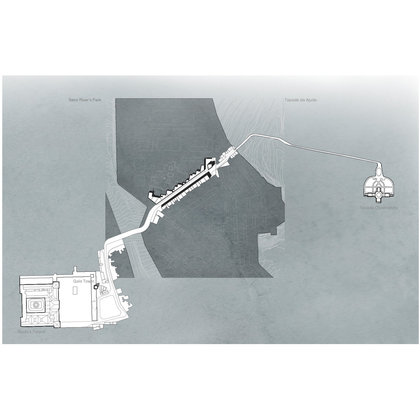 Conceptual route- From the Palace to the Park 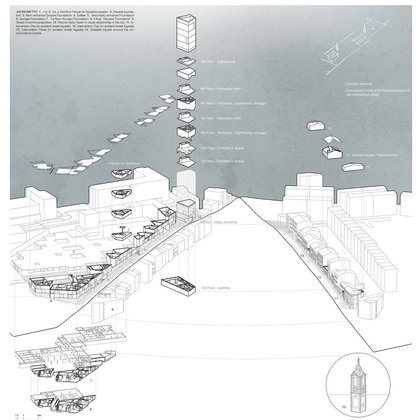 Axonometry of the intervention in the street 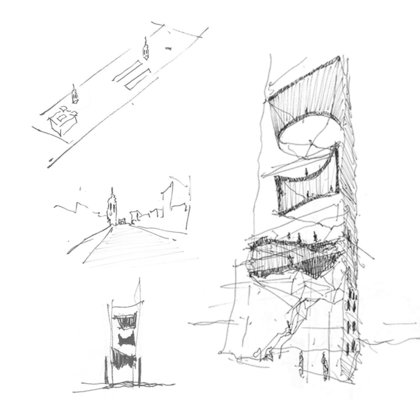 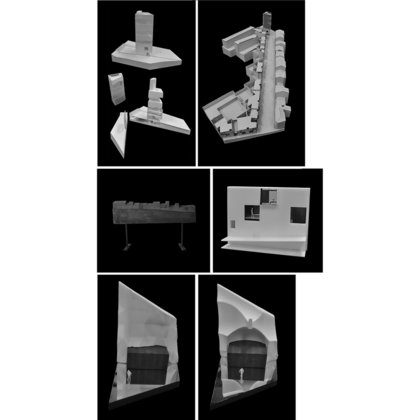 Models of the proposal 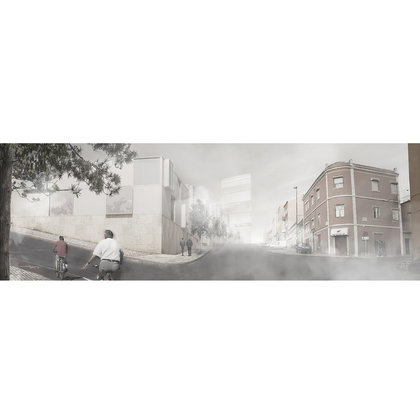 View from the new park to the intervened street 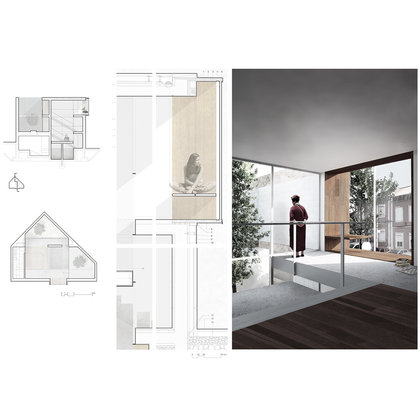 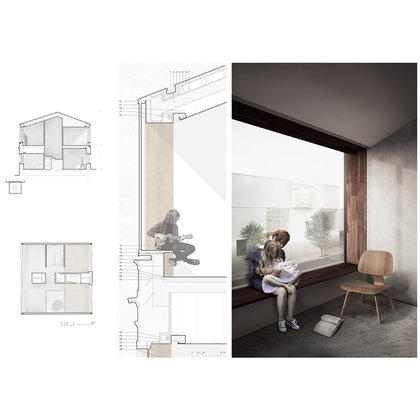 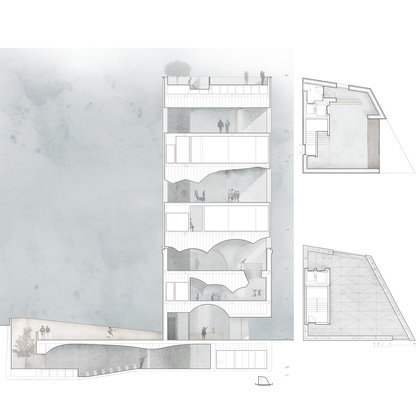 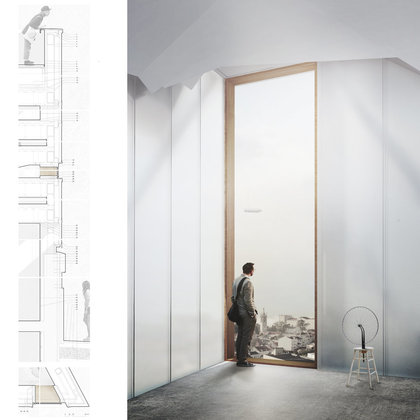 Details of the Socio-Cultural Tower 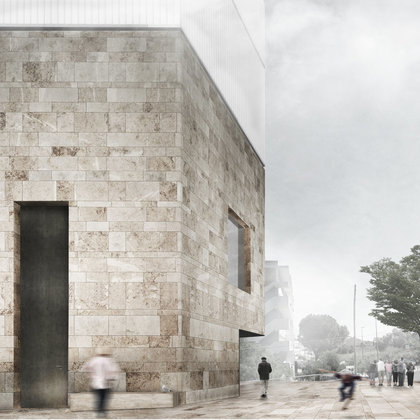 View from the new square around the Socio-Cultural Tower 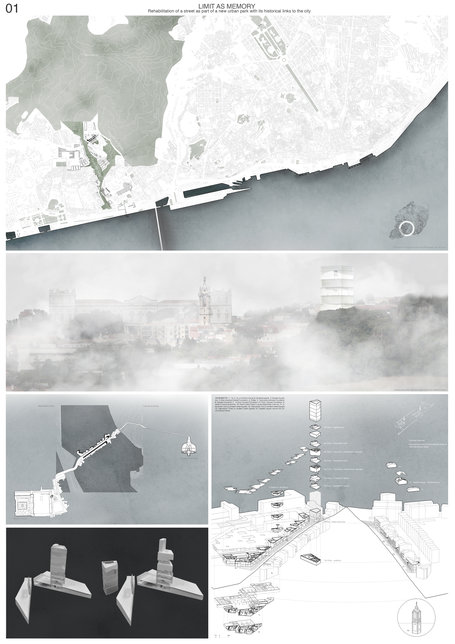 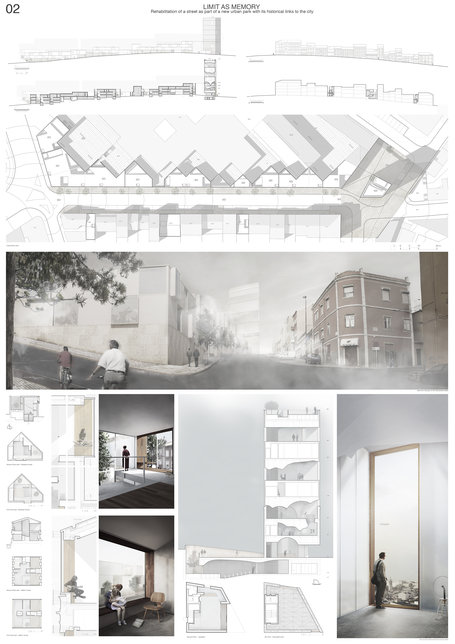