The temporal Oasis, time at stake of the smart city 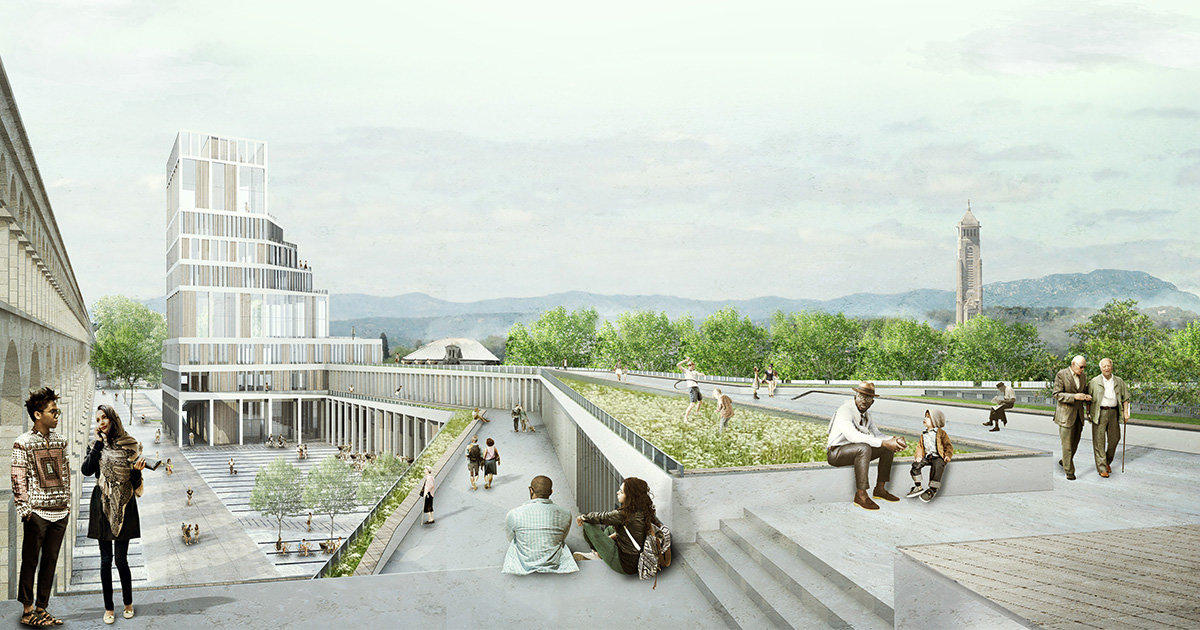 The temporal oasis is a dream figure in a city where time is a forgotten dimension. The urban daily is today disjointed: space is thought outside of time. City’s temporalities are conflicting as in the city centers, or isolated as in monofunctional peripheries. How can we simultaneously think and draw these two resources, the very essence of the city as mixing and cohabitation?

This project posits this hypothesis: architecture is the link between time and space, at the stake of the smart city. Montpellier (south of France) with its fragmented and disjointed territory is at the heart of these issues.

Through each scale, from the territory to the material, this project has met the dreamed figure of the temporal oasis. That which fills or solves the spatial and temporal gaps. A first oasis gives the tempo: nerve center and decision-making, it takes the form of a citizen governance pole. Listed in a space with a strong cultural identity, it is related to its context and attempts to coexist cross-cutting programs embroidered to a unifying public space.

Designed on a principle of high temporal quality, carrying a great malleability, the oasis lives to the rhythm of the city and its inhabitants. It is composed of a simple concrete structure and identifiable by all. Spatially, it becomes a fixed and sustainable support for the city on which is composed ephemeral and recyclable elements.

New landmark, attractive and malleable, the oasis is a figure where architecture becomes a means of knowledge, a way to act for the citizen, actor of his urban everyday life. 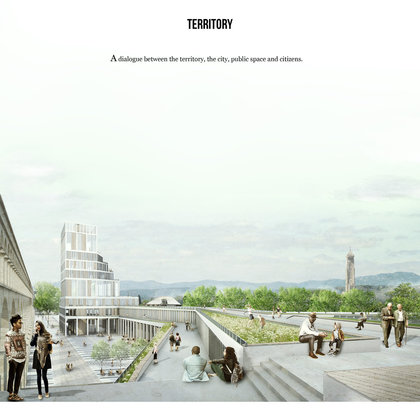 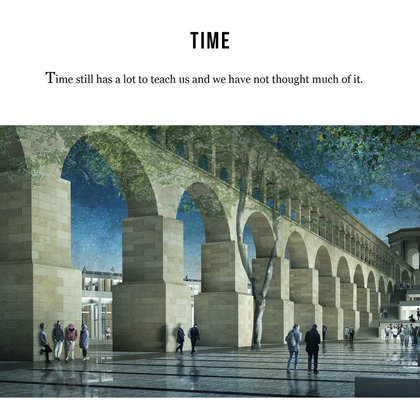 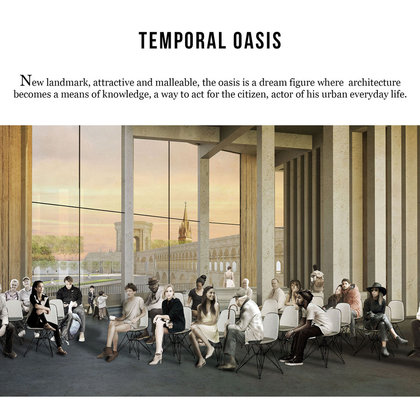 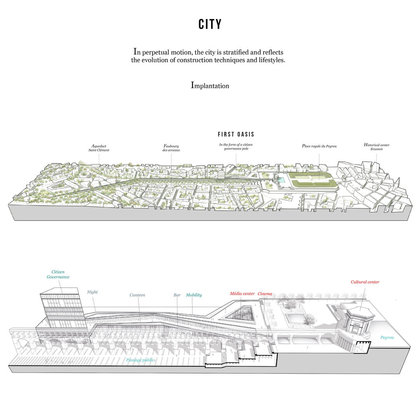 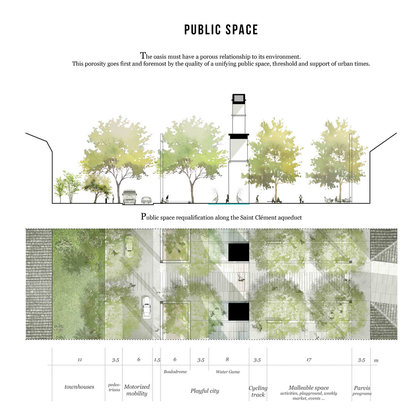 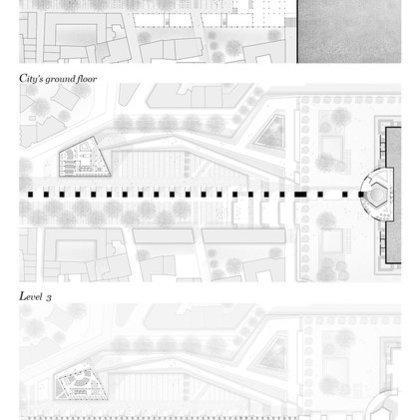 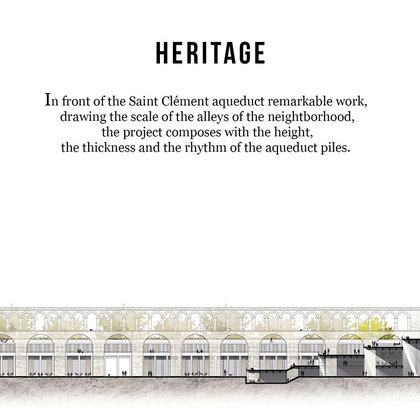 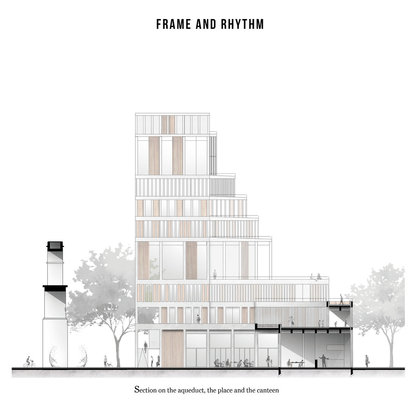 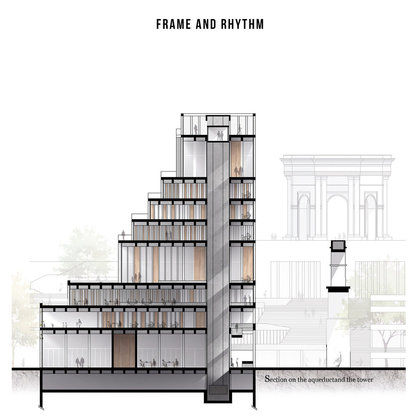 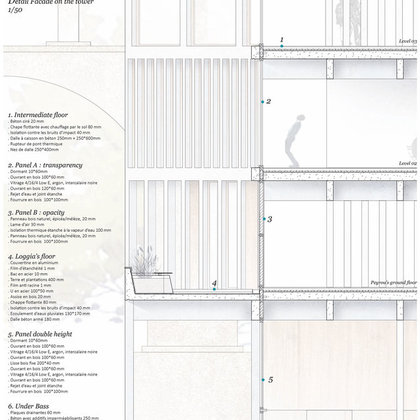 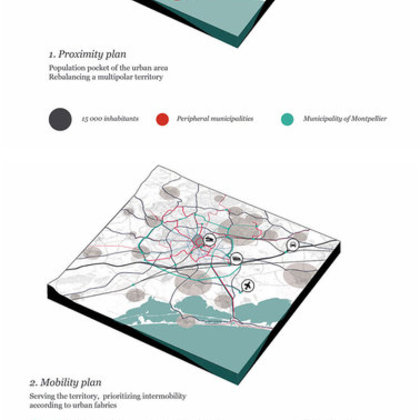 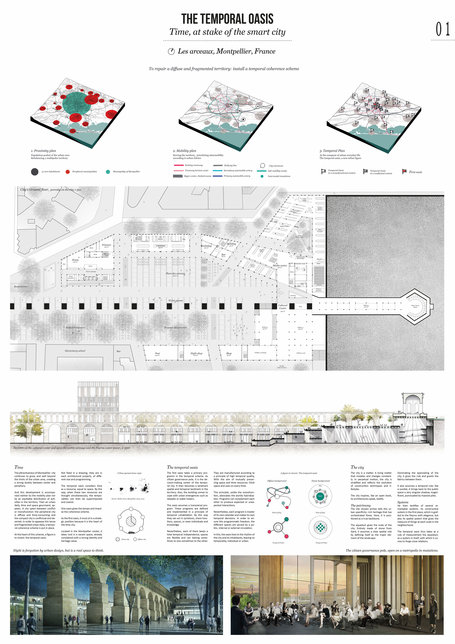 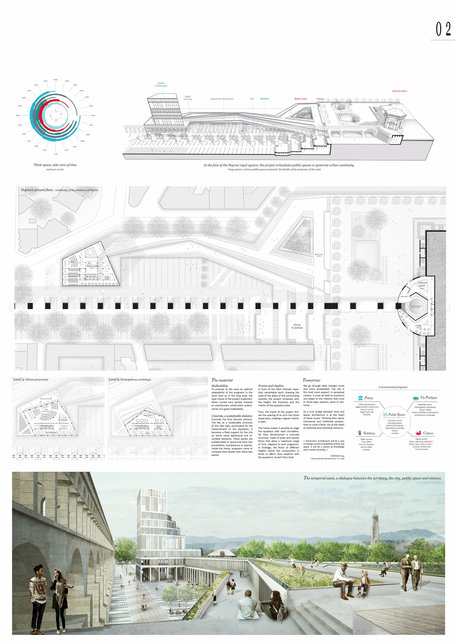