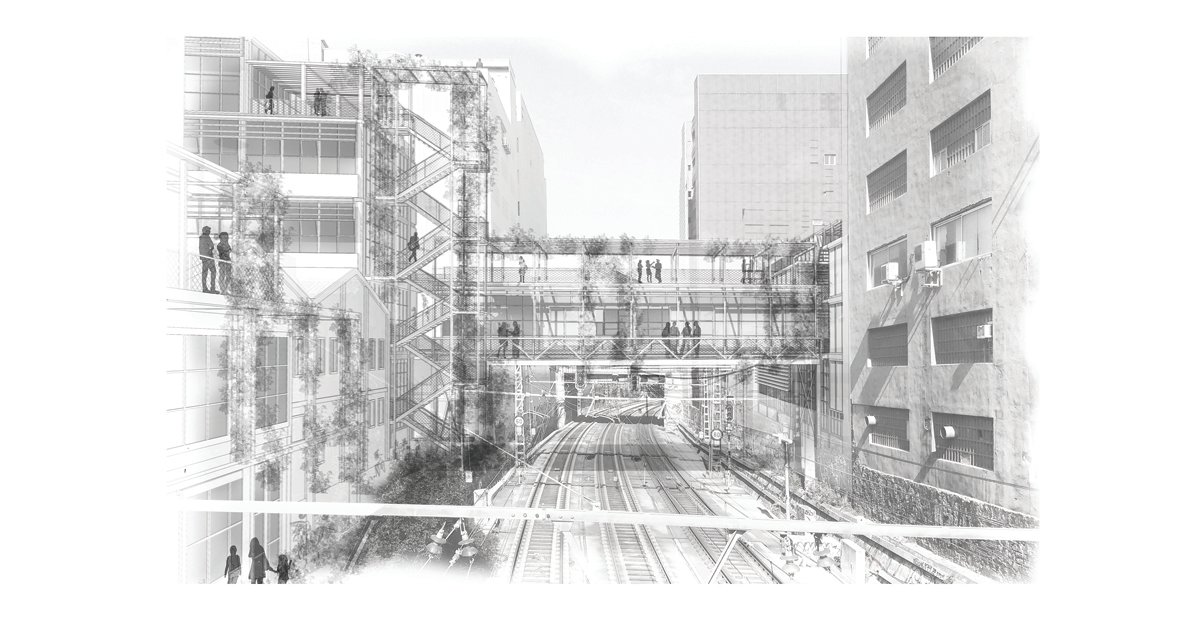 Poblenou is one of the most vibrant and productive districts and the newest cultural and entrepreneurial epicentre inside the city of Barcelona. The district shows a lack of social interaction between the inhabitants and the new emergent creative communities that can be identified as a key driver of sustainable economic growth and prosperity.
The project investigates how the sense of community can support innovation, creativity, and social cohesion in the neighbourhood for a sustainable development.

The intervention wants to redefine the porosity and accessibility of the existing blocks, rethinking the existing spatial relationship between the productive space and the street without changing the traditional image and identity of the urban fabric. In order to increase the visibility and efficiency of the creative community, the proposal is to create a network of coworking and maker spaces, connected by a sequence of collective spaces.

The system of gates, courtyards, open staircases, and galleries defines a gradient of settings with different degrees of intimacy. People can give different shades of meaning, selecting their position on the gradient. It improves cross-fertilization between workers and a learning environment for the residents.
This intervention encourages people to bring the cooperative and collaborative culture back to the city, the coworking is not the final reason but it's a way to rally the community bringing a new model of a creative city.

The Master Dissertation Project by Francesco Ogliengo was developed as part of Streetscape Territories, an international collective research practice (KU Leuven, Department of Architecture) that focuses on the transformation of the urban fabric through architectural intervention, considering the making of diverse and tolerant streetscapes the main objective to achieve socially, economically and environmentally sustainable environments for its inhabitants. Here, the research by design deals with the way architectural interventions, open spaces, the property structure and its inherent accessibility and permeability, configure streetscapes as manifestations of social and productive encounter and how their inhabitants can give meaning to them by appropriation.

The project titled “A New Creative Community in Poblenou”, addressed the question of how to plan and design a new environment in Poblenou, Barcelona, that can positively affect the social interaction between the existing communities and emergent creative initiatives by carefully creating productive collective spaces. Francesco’s project is of high quality because of the careful insertion in the urban fabric, the elegance of providing multiple circulation routes through the buildings and courtyards, the high resolution in construction techniques and materiality and the overall poetry in the unfolding of the different constituent collective spaces. The internal as well as the external international jury at our Faculty praised the project and nominated the student for laureate, which Francesco achieved. 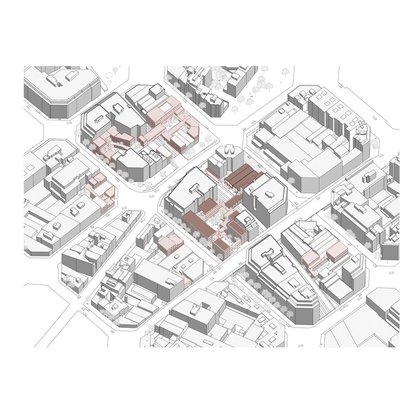 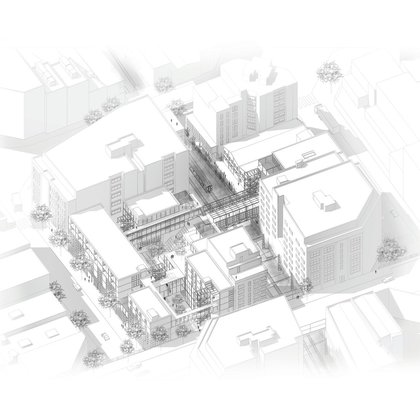 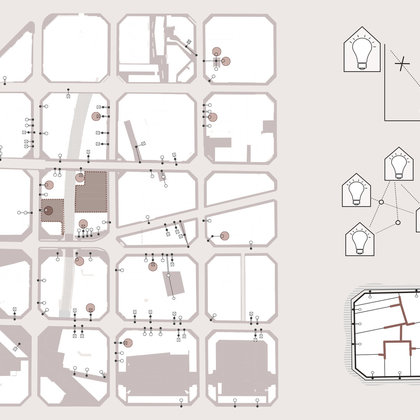 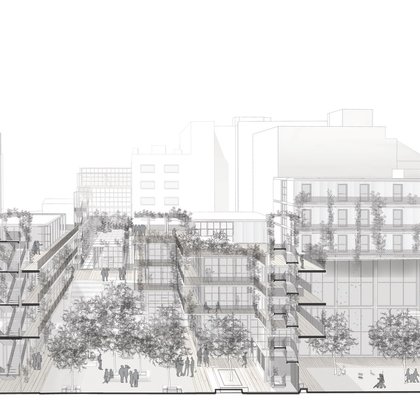 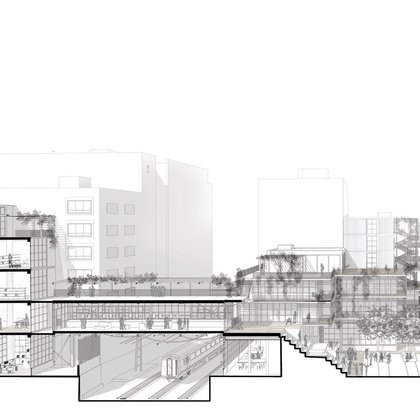 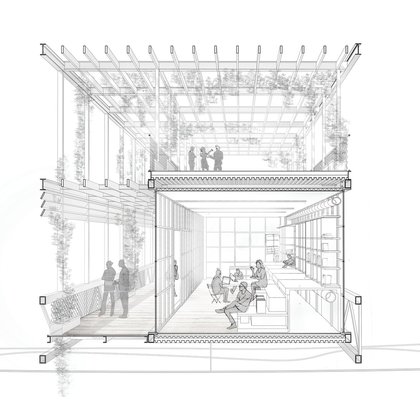 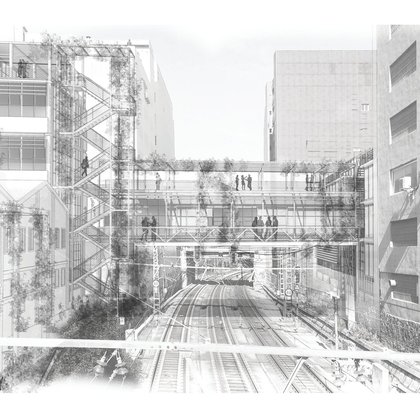 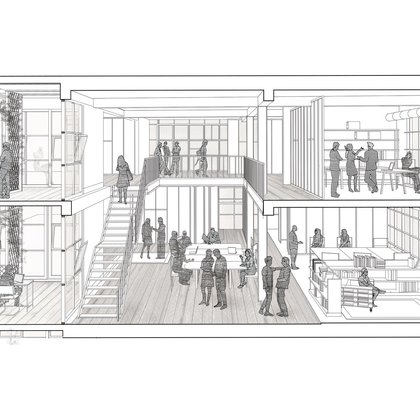 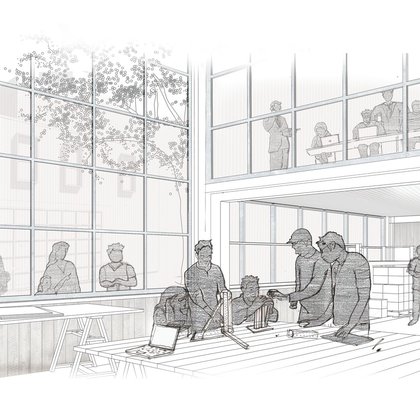 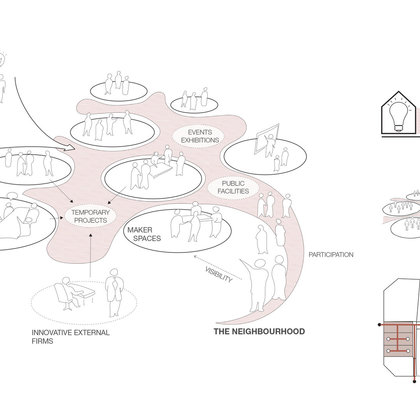 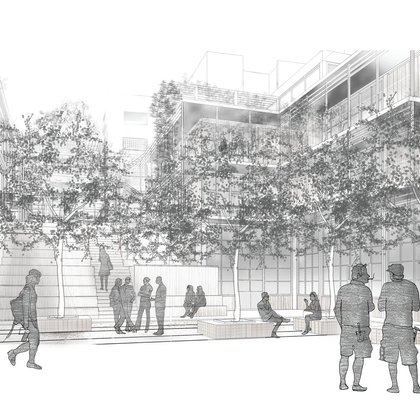 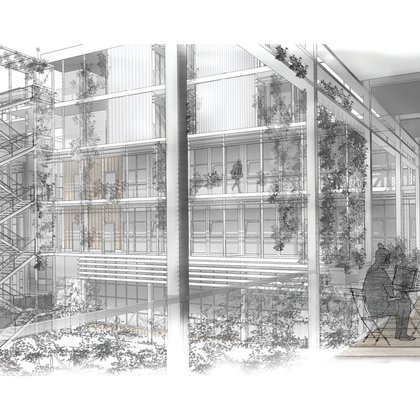 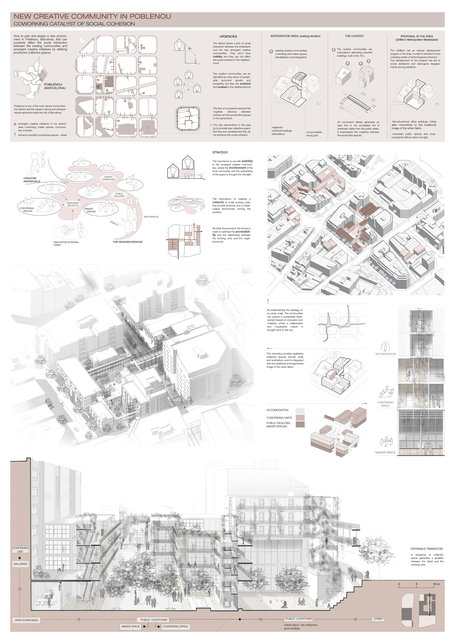 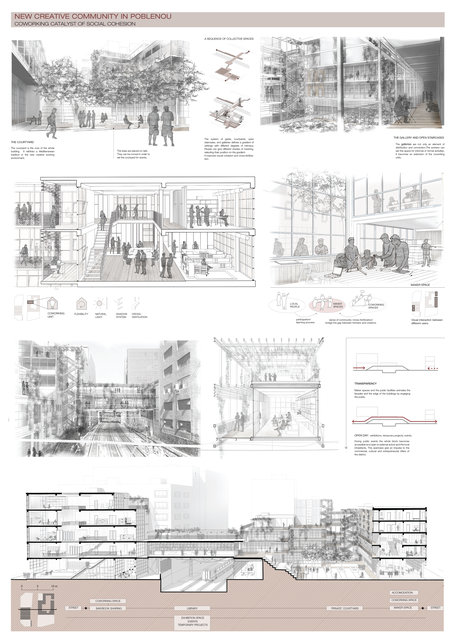