UN_FINISHED. The unfinished purification plant by the archeological site of the Cusa Quarries, project for a visitors center. 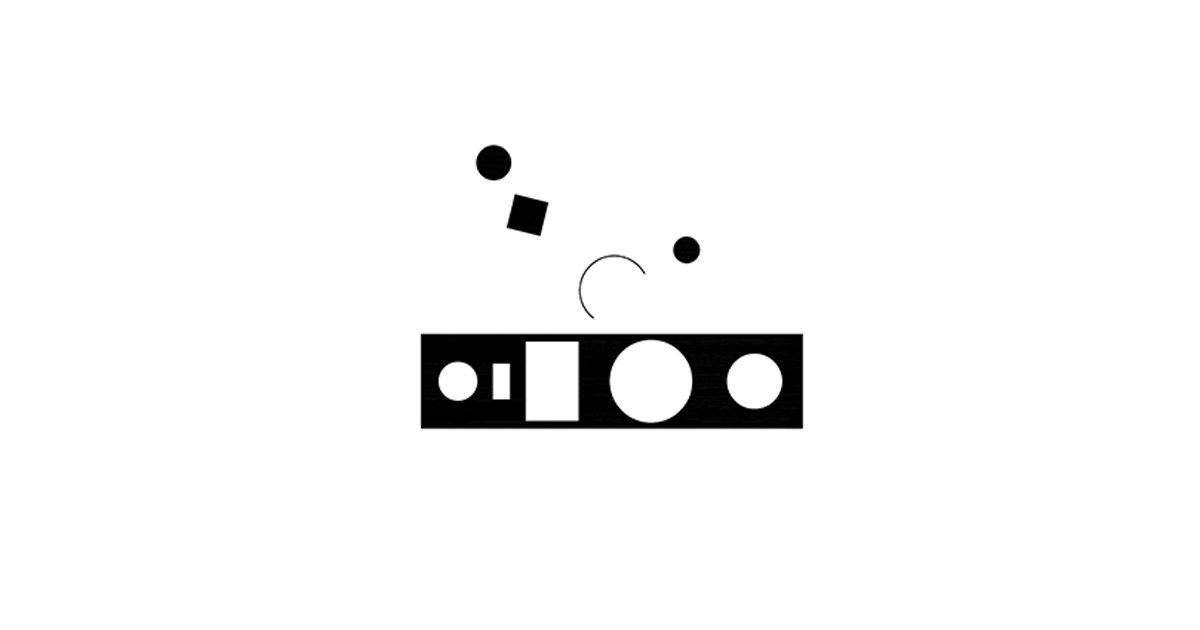 The architectural project, now more than ever, is called upon to face issues concerning the existing, often to get back in the game and solve spatial situations left unsolved.
Particular situations are the ones concerning structures and buildings that have never been finished, with the only result of having compromised landscaping and environmental balances and frustrated the role of the public administration.
This is the case of the unfinished purification plant built in the seventies a few hundred meters away from the archaeological area of the Cusa Quarries and between two historic farmhouse. Its concrete basins have been lying unfinished in the Sicilian countryside for more than fifty years.
The aim of the project is to initiate a reflection on this area by assuming the unfinished as a suggestion to activate, through architecture, new strategies capable of returning quality to the territory, responding to the real needs of the community.
The project program consists of a visitors center which contains a hotel, spaces for relax and entertainment. It is a monolithic volume that, following the longitudinal alignment of the existing basins on the west side of the site, rests on them incorporating them in its interior. Just a transparent and tectonic pavilion rest on the stereotomic building indicating the entrance of the hotel. The basins of the old purifier, as negative of the unfinished plant, become voids in the new volume, assuming the function of courts in it.

The study and the project express in an exemplary way the goals and the strategies of the Master of Science Laboratory “Progettare l’Incompiuto”, which has explored the actual theme of the unfinished architecture.
Right in an unfinished purification plant (designed in the wrong place, near the archaeological site of the Cusa Quarries, an extraordinary site of Greek archaeology in Sicily), the project sees the potential of some extraneous presences and, paradoxically, transposes them into "poetic" materials.
In this way, the “objects” found in contradiction with the landscape and its history are rehabilitated as a ruin of contemporaneity. Their geometric purity releases them and makes them the starting point of a new project.
With great clarity the work shows both the design process, as well as the logical system with whom the program finds its own order in relation to the forms, the functions, and the possibilities of dialogue with the existing structures. Also with great sensitivity, the project addresses the themes of the relationship with the landscape, of the appropriateness of the architectural language, of the transformation of the existent in relation to the vocation of the place.
The result is a project of great concreteness: possible in terms of the realization, desirable to redeem an "unlucky" place and return it to beauty. 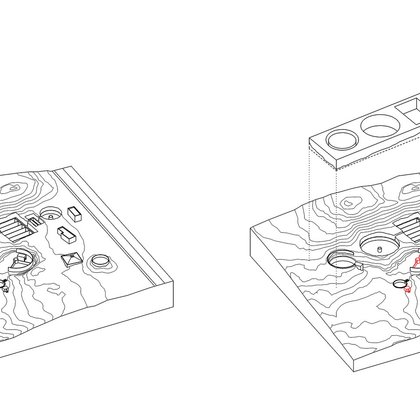 the project site: additions and subtractions 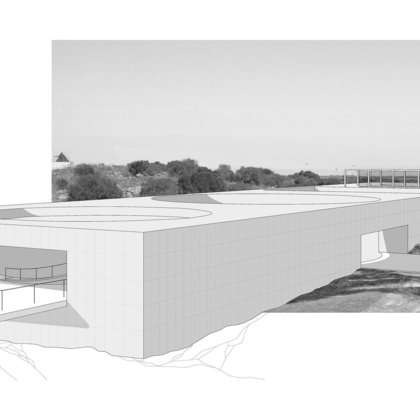 the building. the landscape. 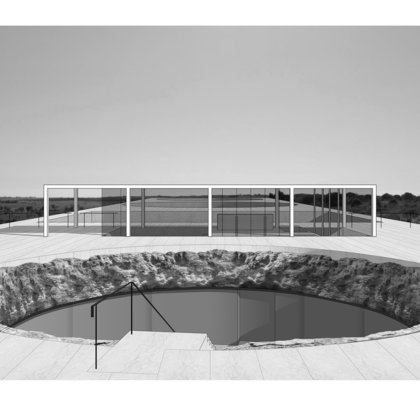 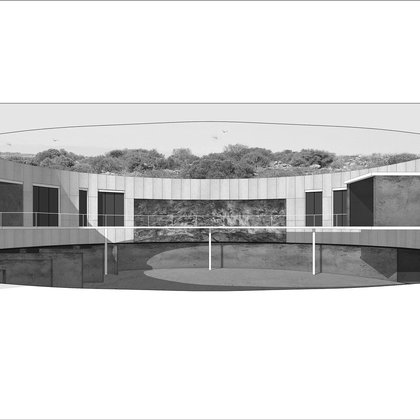 the basin. the void. the court. 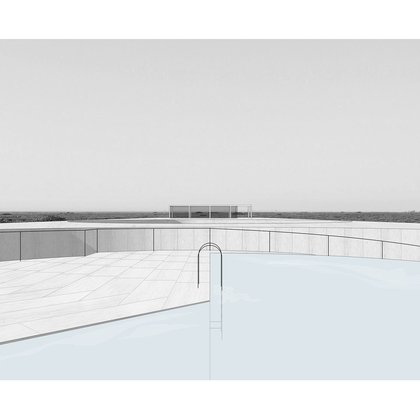 the pool. the landscape. 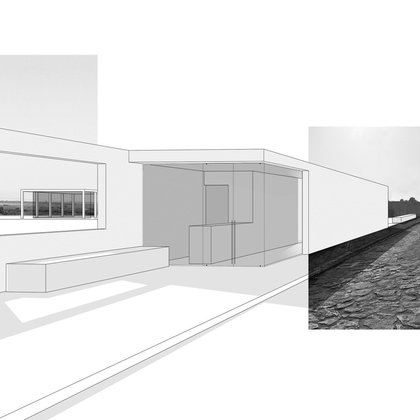 the entrance to the museum 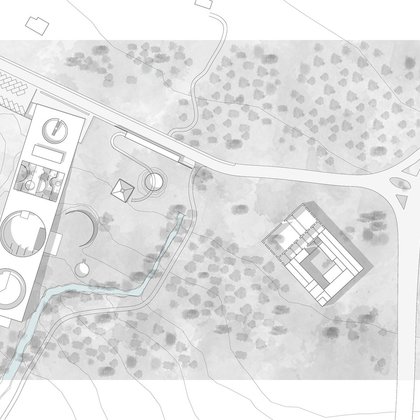 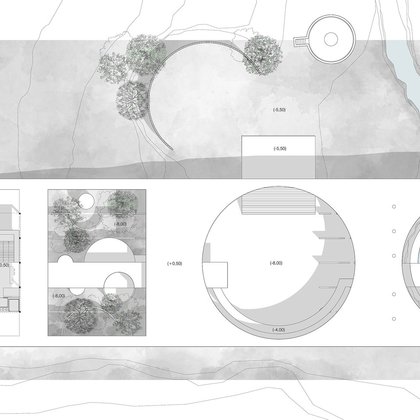 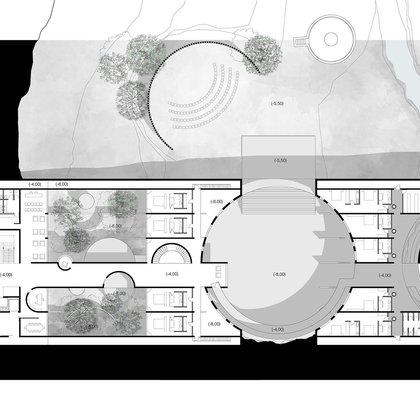 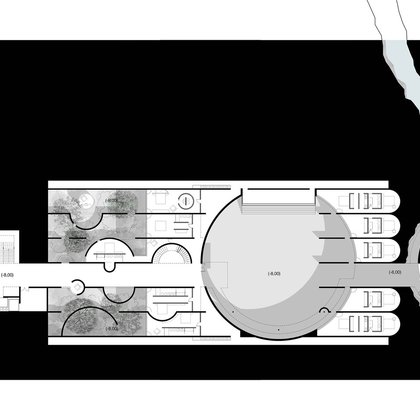 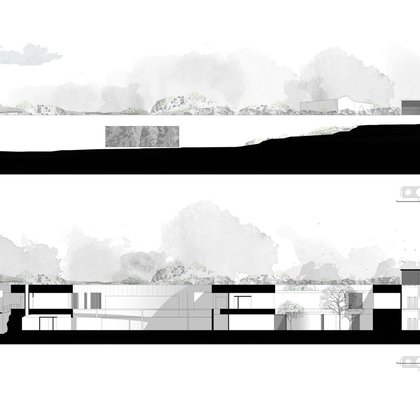 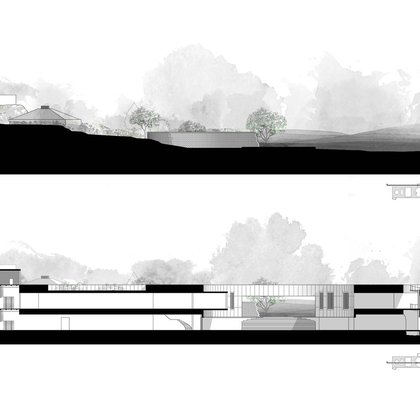 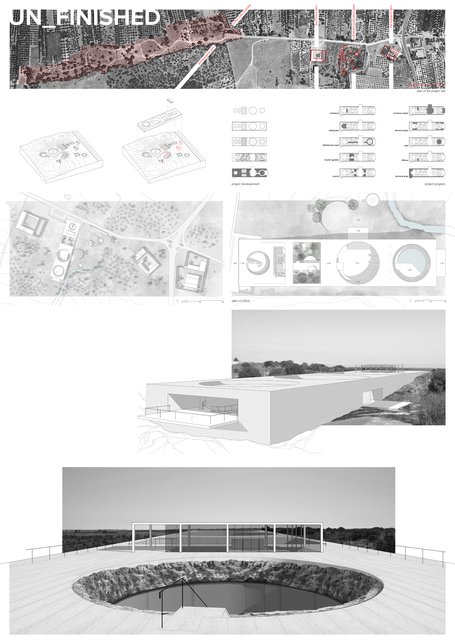 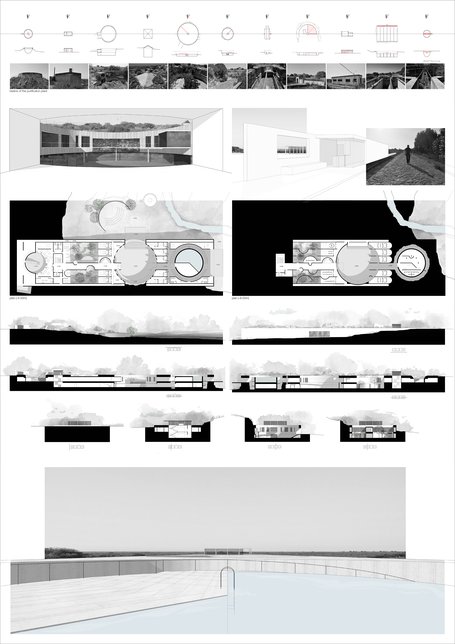