by Carmen Martens from Faculty of Architecture and Arts of Hasselt University, Belgium
Tutored by: Maria Segantini (C+S Architects) 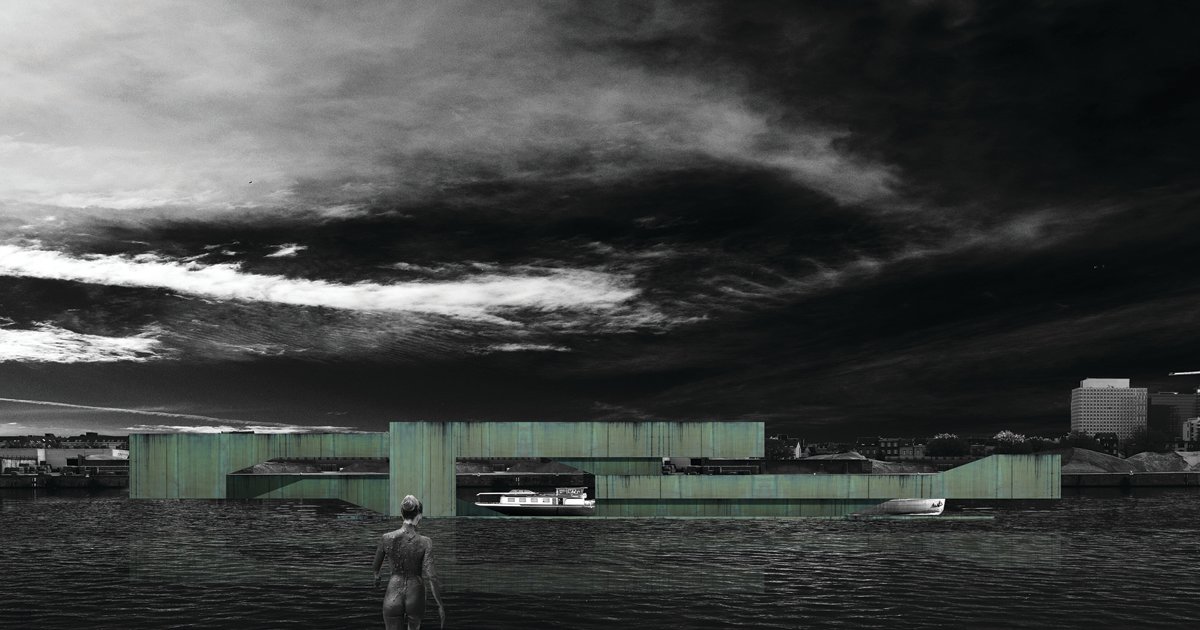 People create environments according to their goals,but how can public spaces influence intimate experiences of its users?INTIMAC(IT)Y investigates the influence of our built environment on people’s feeling of intimacy.A conducted masterthesis functions for understanding the concept of intimacy.The first part defines the interrelationship between intimacy and public spaces.It is argued that intimacy is not a relational, but a situational concept(Schutz, 1964).The second part summarizes an ethnographical research study in London and Brussels.These results show the impact of visible and non-visible boundaries regarding intimacy and the influence on both users and the architecture.The masterproject illustrates a graphical design analysis on the topic.It finds itself in the middle of the canal zone of Brussels.The project, seemingly unconnected to anything else,creates a city within the city.The hidden entrance functions as a moment of escape from hectic daily life,to get people in the mood for something undiscovered.Every major city in Europe has one or more open air pools,the capital of Europe has none.INTIMAC(IT)Y therefore houses different waterrecreation facilities.This large-scale sculpture represents our metropolitan region,which now has become the functional unit in our environment(Lynch, 1960).Experimenting with public bathing allow us to put ourselves in a position in which we cannot hide.As Erving Goffman(1990)argued,we continuously try to impact what impression we give to others,not least through the kind of situation we allow ourselves to be encountered in.

Studio Future Heritage is an International Design Studio in which the students were focusing on the site of the Canal in Brussels.The Studio explored the notion of heritage and identity within the context of the city of Brussels, through the research explorations of the site liminal to the Canal in the aim to finding moments of accumulation for perspective transformations.The design methodology aimed to overlap physical explorations, economic and social data, historical transformations, climatic and geographic features to trace a map of potentials for the site, which became the backbone for each student’s design intervention.

Carmen’s project creates an urban intimate place, on the threshold between the earth and water. Water is investigated as a tool to redefine the identity of the place in several ways: it is programatic as the building is an infrastructure for leisure; it is heritage as a space as the building/infrastructure is detatched from the sides of the Canal as a big boat navigating on the water; it is confirming the identity of the place through the use of materiality: copper becomes a ‘weathering’ material, able to change its features and reaction to light, in a similar way as water is a never-ending transformable scape. Water is also used as a more domestic and intimate space in relationship with the body within the thermal baths.

The projects is powerful in using water to cross-section scales: from urban, to architecture with its programme and materiality, to the bodies of the people who will be using the space. 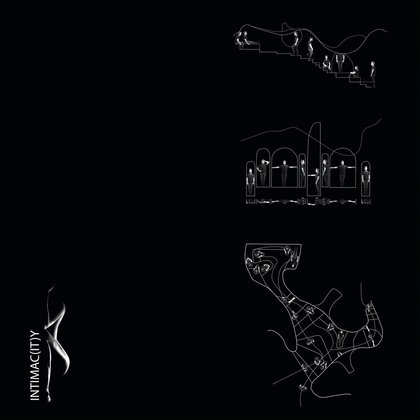 How does the human body finds itself in space? 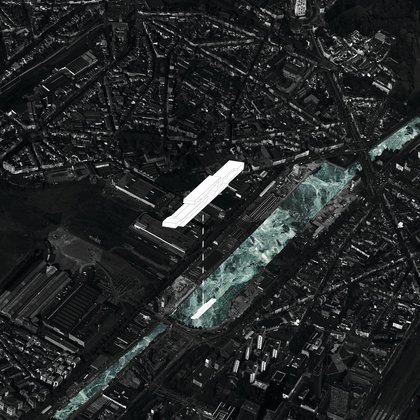 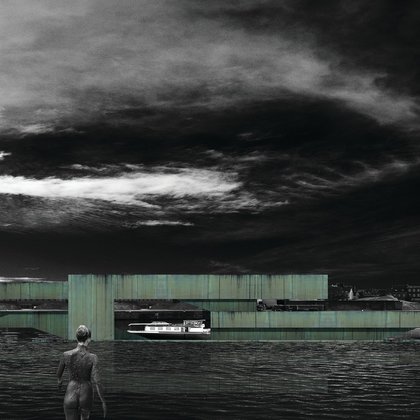 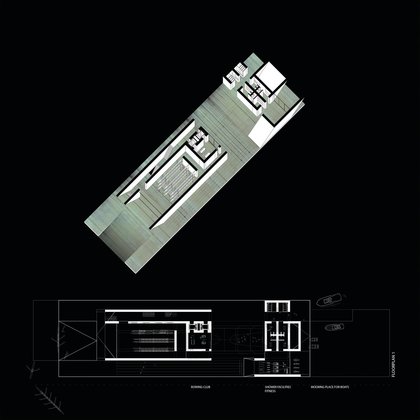 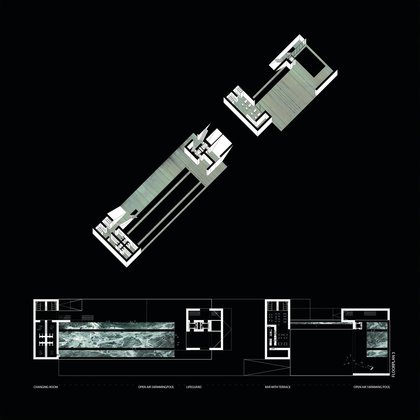 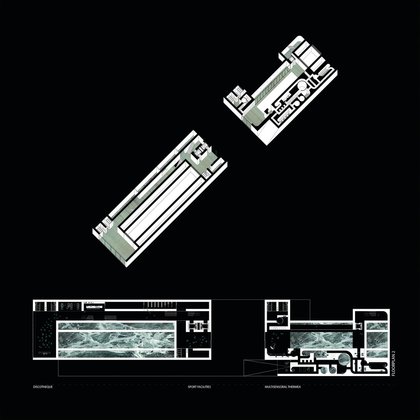 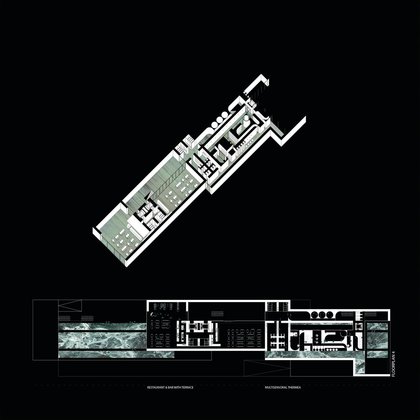 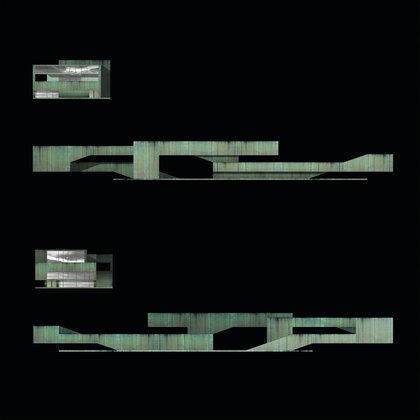 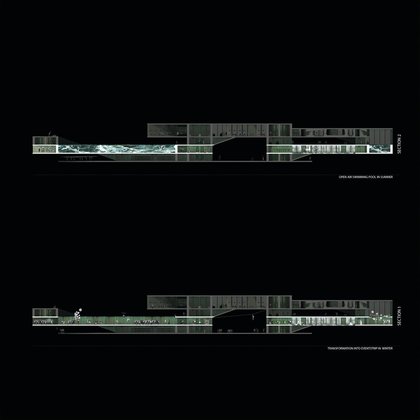 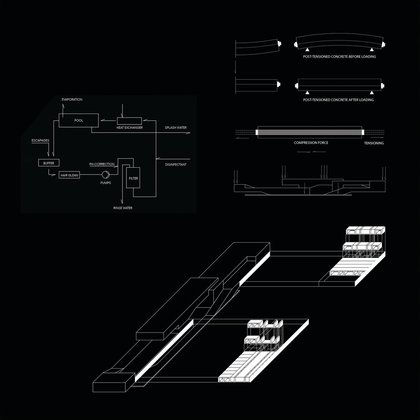 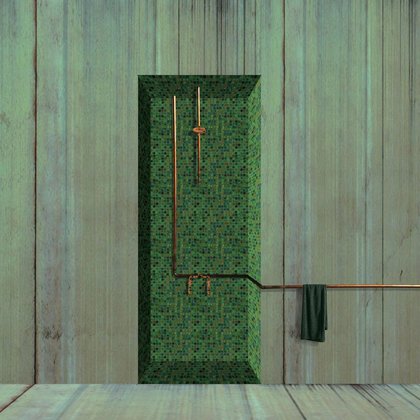 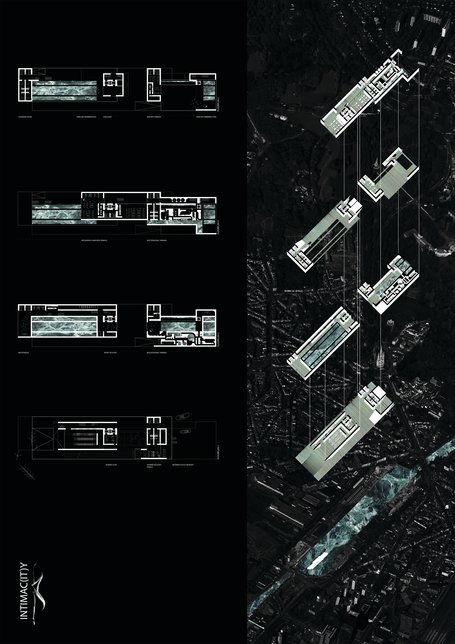 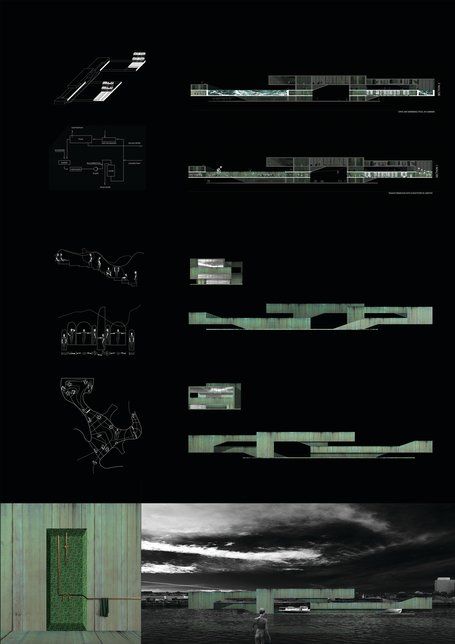