Between the sea and the city: Fishermen‘s Cultural Center in Palamós

The Fishermen’s Cultural Center in Palamós is a gateway from the city to the port. It is a point of connection between different parts of the city, redefining a new maritime facade for unstructured city limits.
The geometry adapts itself within a preexisting urban structure without defined rules. The strategic placement of repetitive structural walls reinterprets the traditional dwelling pattern. The building plays with effects of adjoining volumes to reclaim the grain of a small scale.
The Center offers a cultural program, work spaces and spaces of encounter. The fragmentation defines the creation of interior spaces at the same time as it proposes relations between them, while remaining an integral piece within its urban context.
The location on the seafront opens the building directly to the port promenade (with work area on the lower floor). The cultural center itself is accessible from the city street on the first floor. A connection is created between both parts through an external covered staircase, creating continuity to the urban spaces. The restaurant is located on the second floor to guarantee visuals of both the city and the sea.
The building is constructed with concrete walls exposed in the interior and enclosed with self-supporting ceramic facades. The double-skin envelope also seeks to recover a local image with use of well-known materials such as white facades, complex ceramic brise soleils and intense blue tiles.

The Fishermen's Cultural Center is a very good example of fresh look when reinterpreting the history, the tradition and the culture of a place.
The building responds and greatly improves the new sea front.
It does so by formulating a new system of city generation, and reinterpreting the geometric, volumetric, constructive tradition and the materiality of a traditional fishermen’s village.
It is especially interesting how it adapts its geometry from the lines of force of the place. It is exemplified by the repetition of a structural cradle recovered from the traditional house of this area plus the definition of a multiple building, based on unequal adjoining volumes, recovers the vision of the small scale as a basis for city creation.
Another interesting element is the great fragmentation that translates into spatial sequences inside and transverse through the building that cohesion the whole and unites it to the place.
Finally, the construction of the building, the use of the materials (exposed concrete walls and a whitewashed envelope), as well as the complexity of the openings (realized by vitrified ceramic tiles of different colors that generates a brise-soleil that provides an interesting double skin).
In summary, a building very respectful of the architecture of the traditional fishing village while proposing a fresh and modern reading, capable of generating spaces for the community on a very human scale, with vibrant and fantastic relationships both indoors and outdoors. 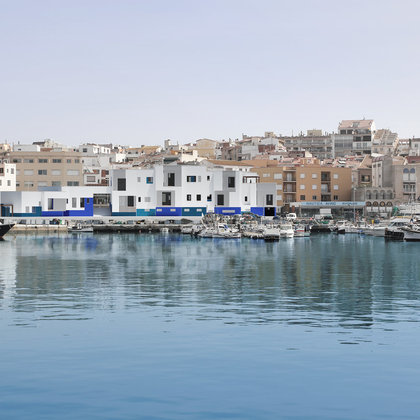 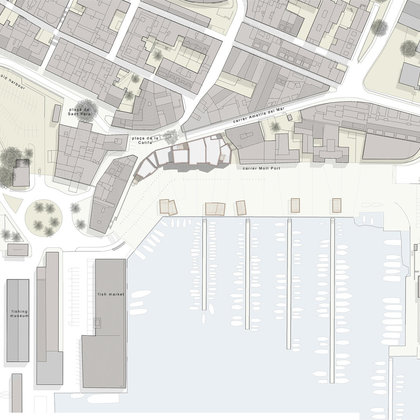 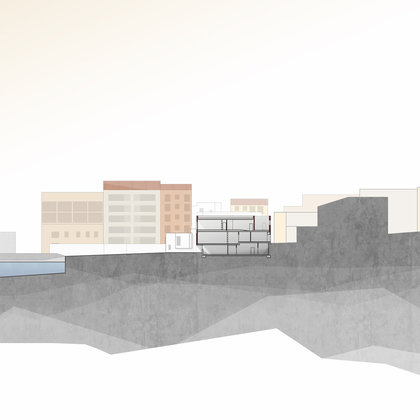 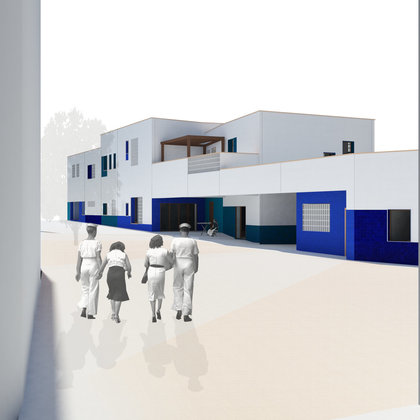 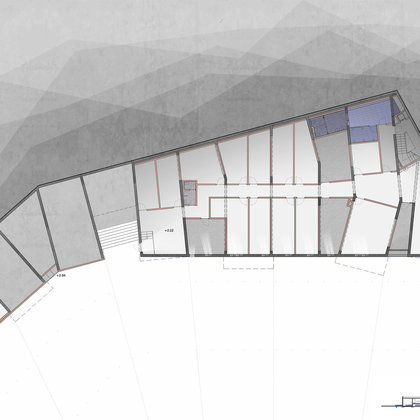 First floor | cultural center with direct access to the street 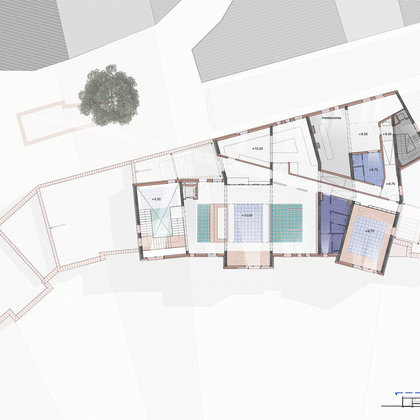 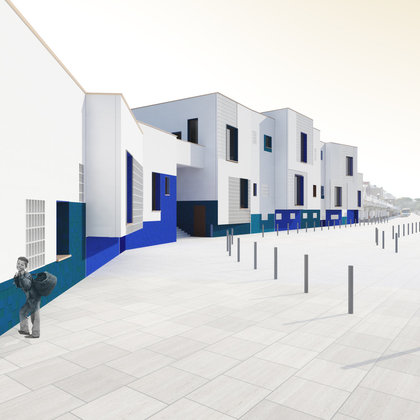 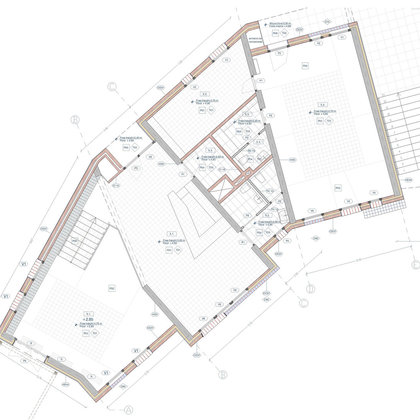 Plan of construction layers and details 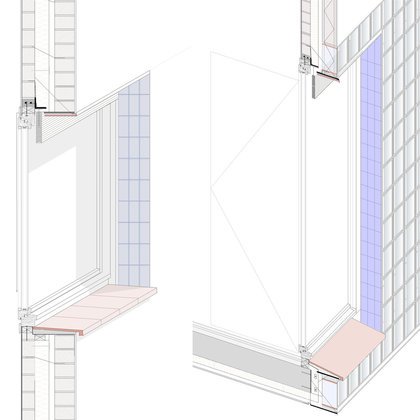 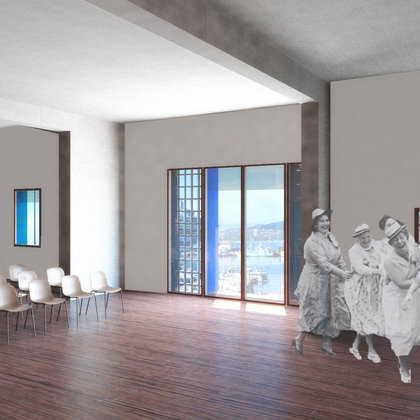 View of the port from the interior 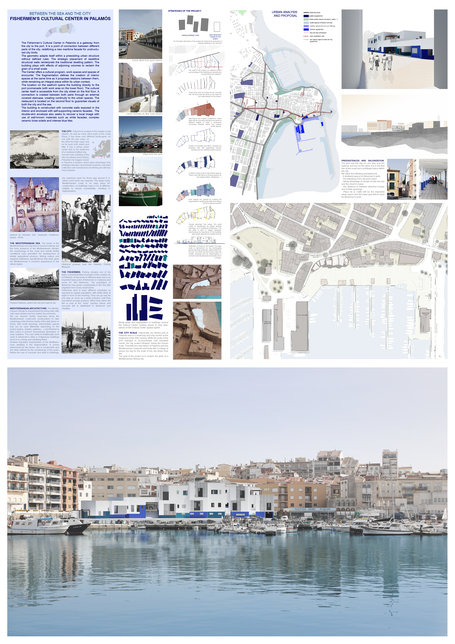