Theater as an cultural centre for Trenčín city.

by Martin Mikovčák from Faculty of Architecture, Slovak University of Technology in Bratislava, Slovakia
Tutored by: Ing. Arch. Štefan Polakovič 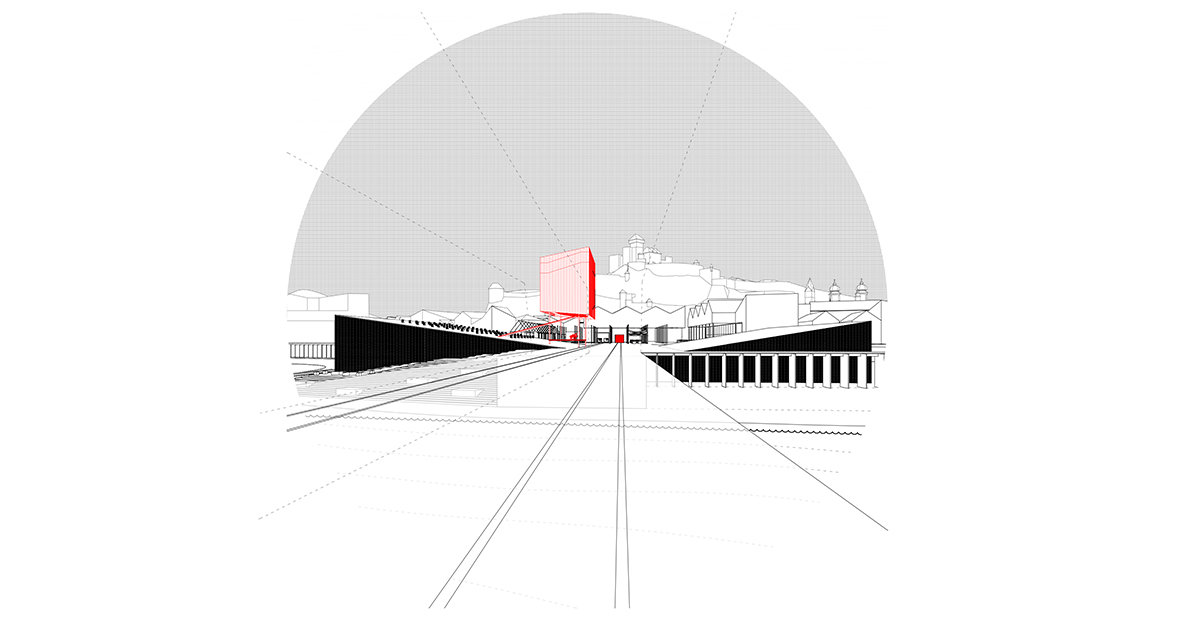 Urban studies were focussed on the connection between the city and the river by organising programs into the circles crossing both sides of the river. The different parts of the city were connected through three programtical circles, which made the river appear in the middle. The fact that these three circles come together at one certain point creates a perfect place for new cultural center-theater.
Architecture of theater still follows the topic of connection in micro-urbanism, which mains that mi- cro-urbanism is still following the main attitude to connect the city and the river.
The city of Trenčín is divided from the river by, road, railway and by a landscape crater. To cross these barriers can be done by enlarging the existing bridge with a big plato which will cross ower this barriers. Under this plato the theater will be situated, which means that the roof of the theater will be in the same level as the square. Another solution that can help us is the architectural code. The building has been built from two main elements: the first one is the concentric well organised boxes, which are as the buildings of the city structure. Second element is the newer-ending surfaces, such as a newer-ending landscape of the river bang. Throughout this type of code building will be able to communicate with both fenomenas of the surrounding. The surface from the exterior will come inside fluently though the building which will give us the impression that the building is connected with the landscape of the river bang.
If we adapt these studies to it, the building will be a multi-task connection for his surroundings. 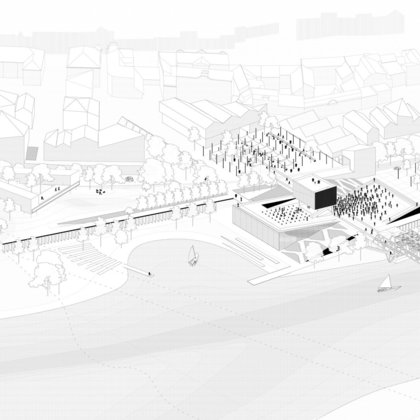 axonometry of the cultural centre 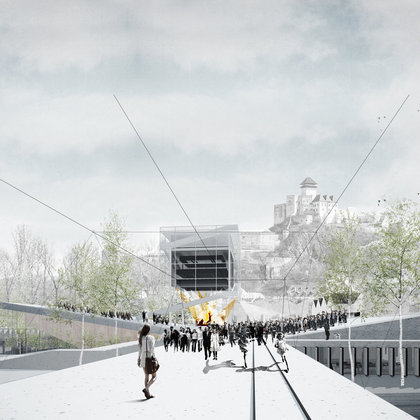 theater under the square 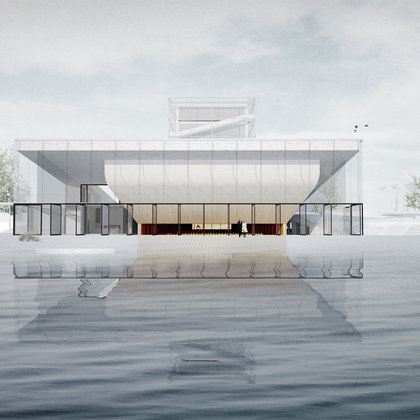 view from the river 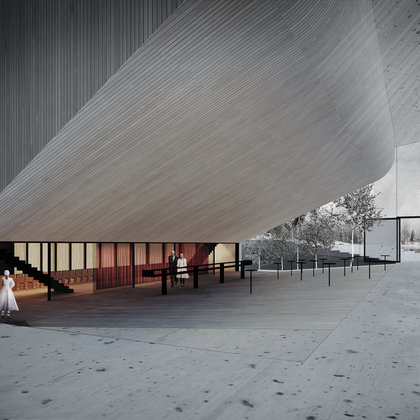 main hall before entrancing the theater 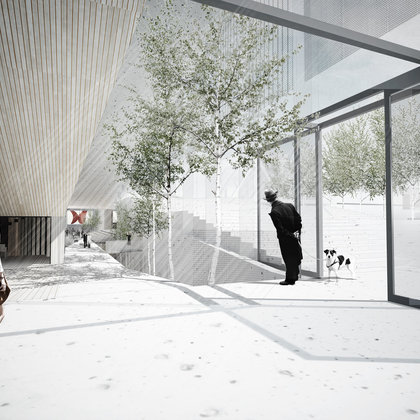 inside street connecting expo-garden and river bank through the building 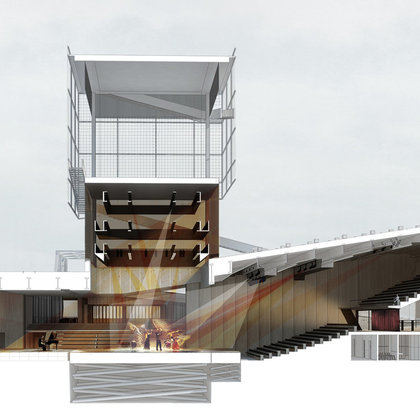 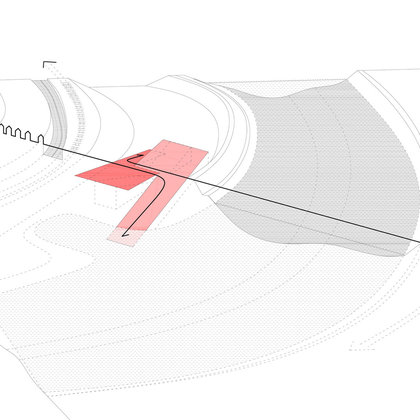 roofs as an connection between city and river level 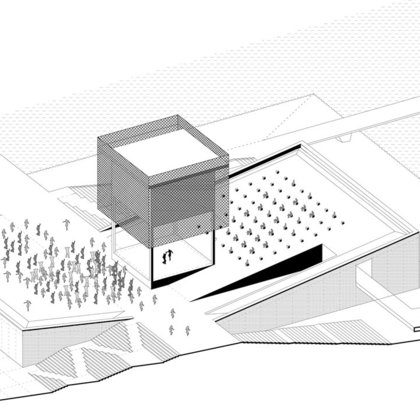 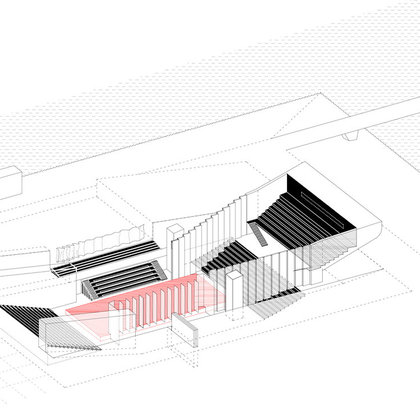 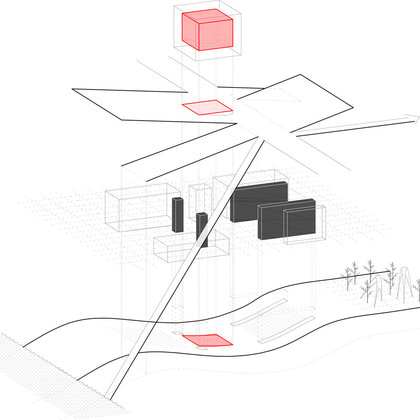 architectural code of the building 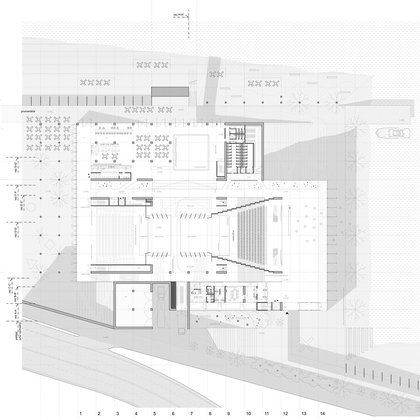 plan on the level of mall-river bang 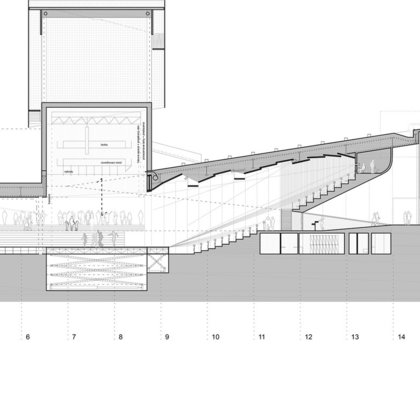 section through the theater 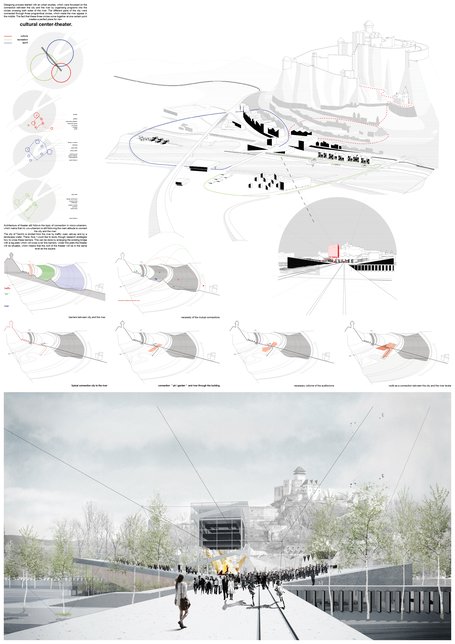 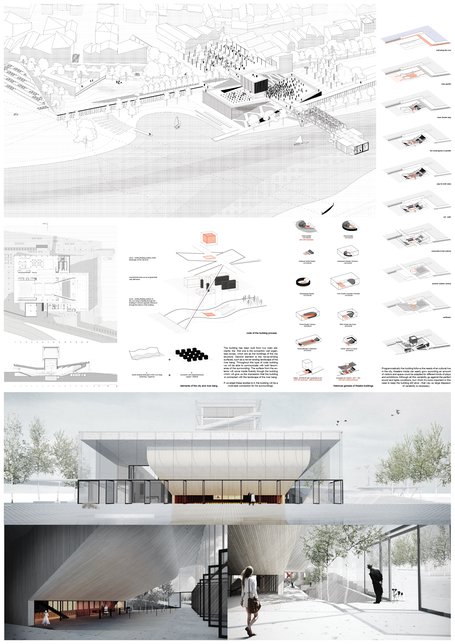