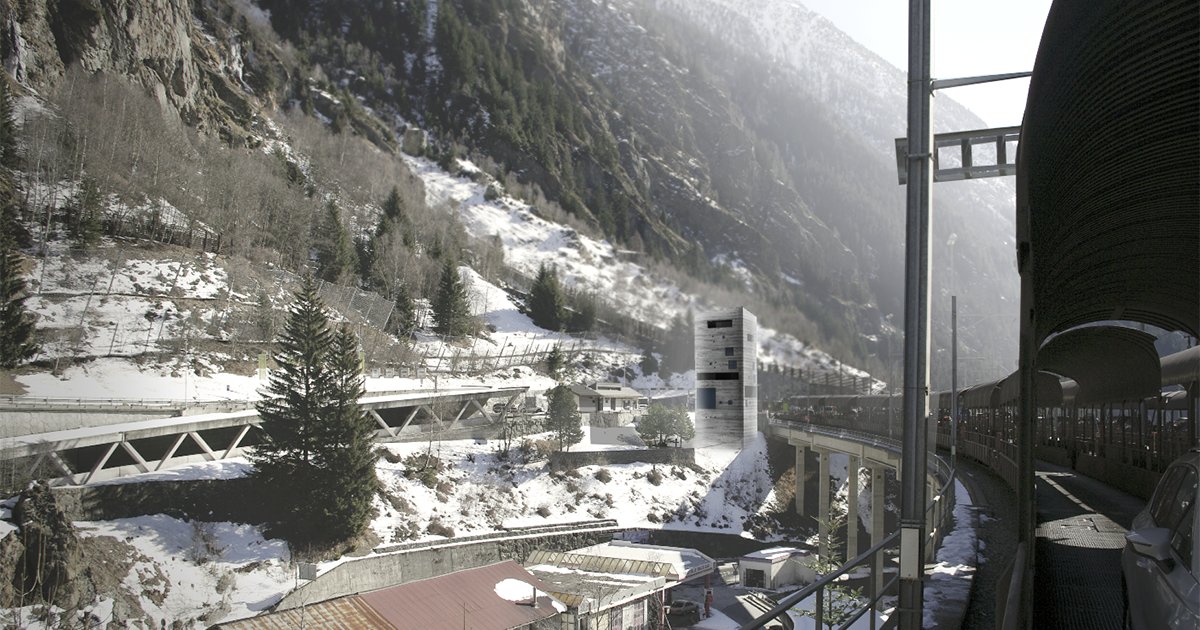 On the south gate of the Lötschberg tunnel in the deep wildness of the Swiss Alps stands a huge transportation infrastructure which connects the south to the north of Europe. The site – called Goppenstein – was conceived to increase the efficiency of car transhipment. However, no attention was paid to human-scale use. The project aims to offer a place where travellers can take a break: enjoy a meal or stay overnight to recover strength during their journey through the Alps.
The building through its implantation, its shape and its materiality aims to give the site a new coherence with the elements that compose it, a coherence which has been lost through time. The project takes place next to an ancient cemetery which was partially destroyed with the successive infrastructure enlargements. It reveals to the visitor the earlier history of Goppenstein which was a high place of lead exploitation and zinc mines in addition to having been the second largest city of the region during the tunnel construction in the early 20th century.
On a larger scale, the project underlines the importance of car and train transhipment. It also recalls the figure of the medieval watch tower which is particularly present among alpine passes. While waiting for his train, the visitor can climb the floors to reach a high point of observation and increase his knowledge and historical comprehension of the site. 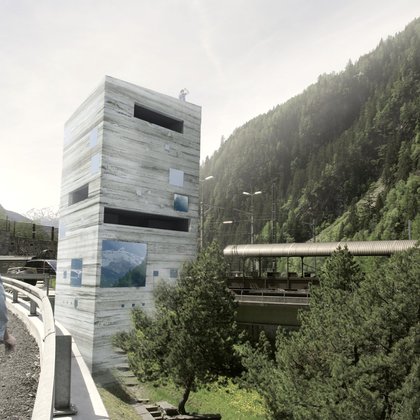 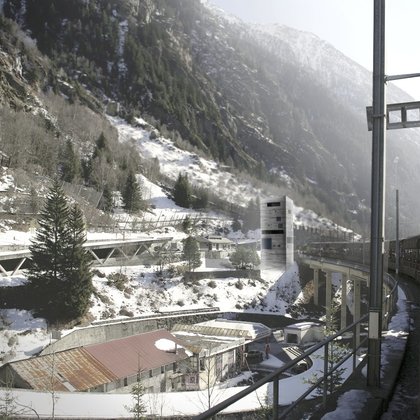 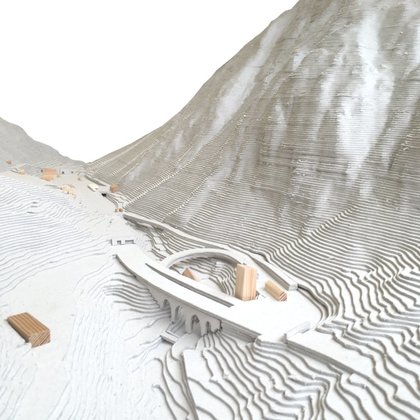 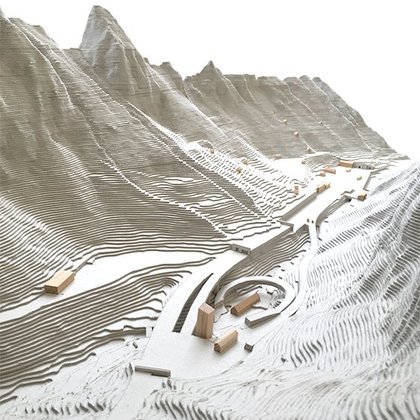 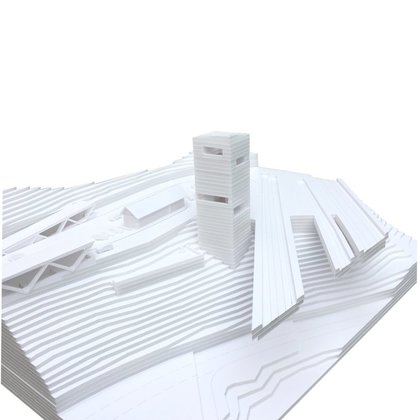 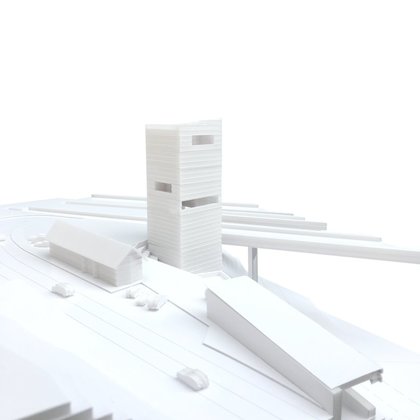 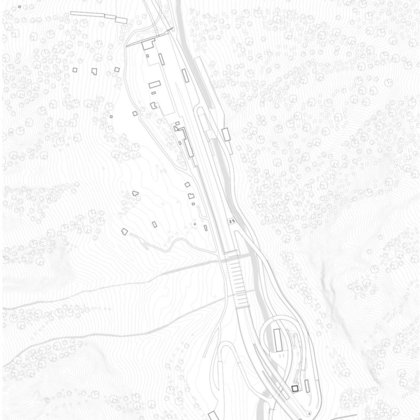 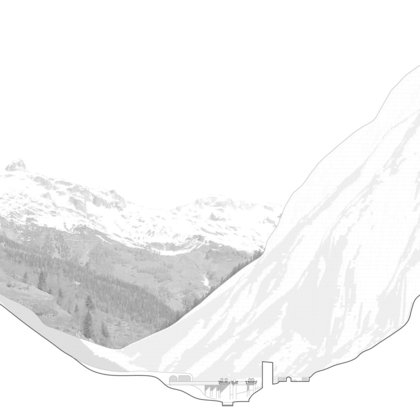 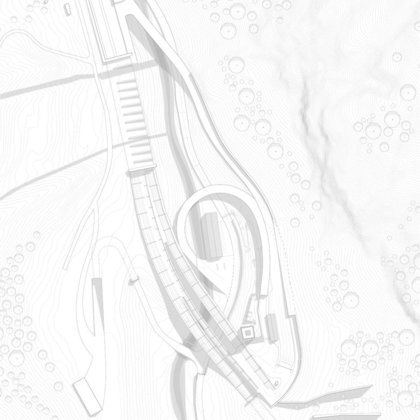 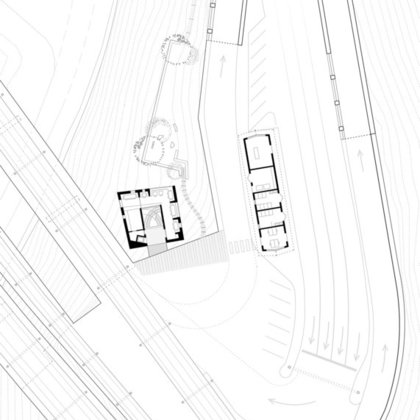 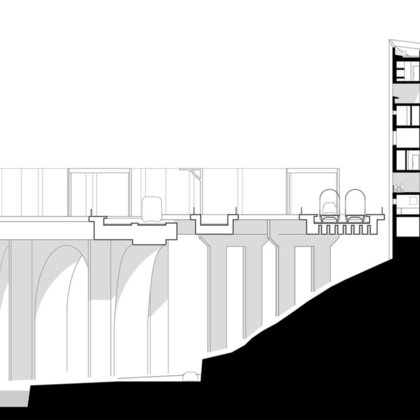 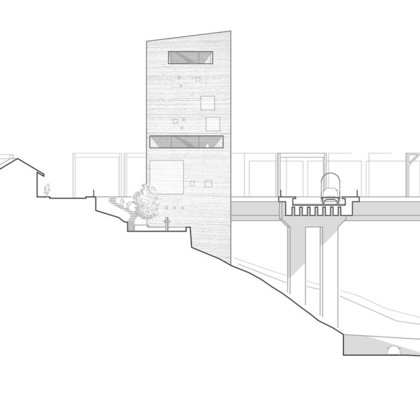 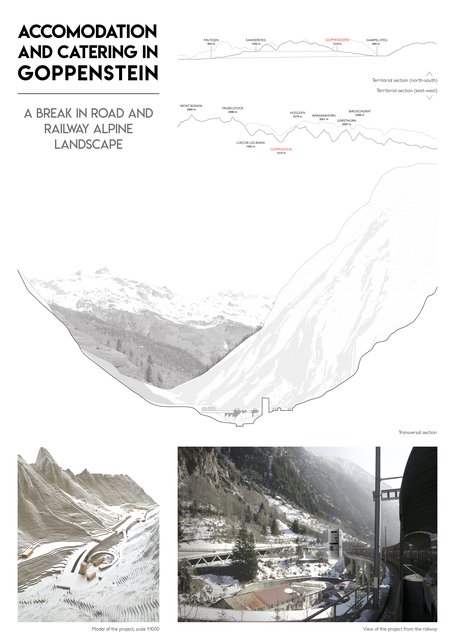 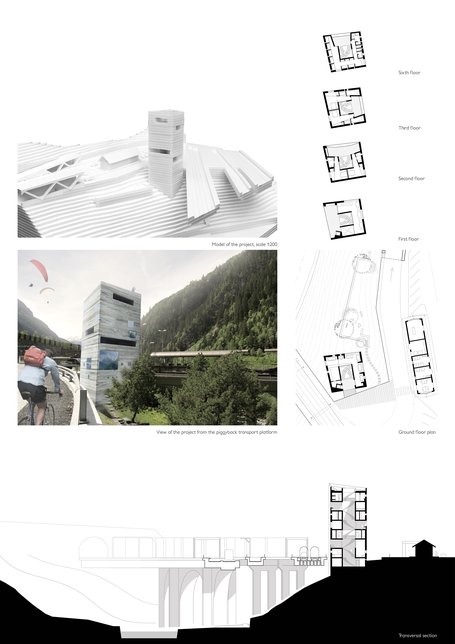