by Mirjana Lozanovska from University American College Skopje, School of Architecture and Design, Republic of Macedonia
Tutored by: Toni Vasic 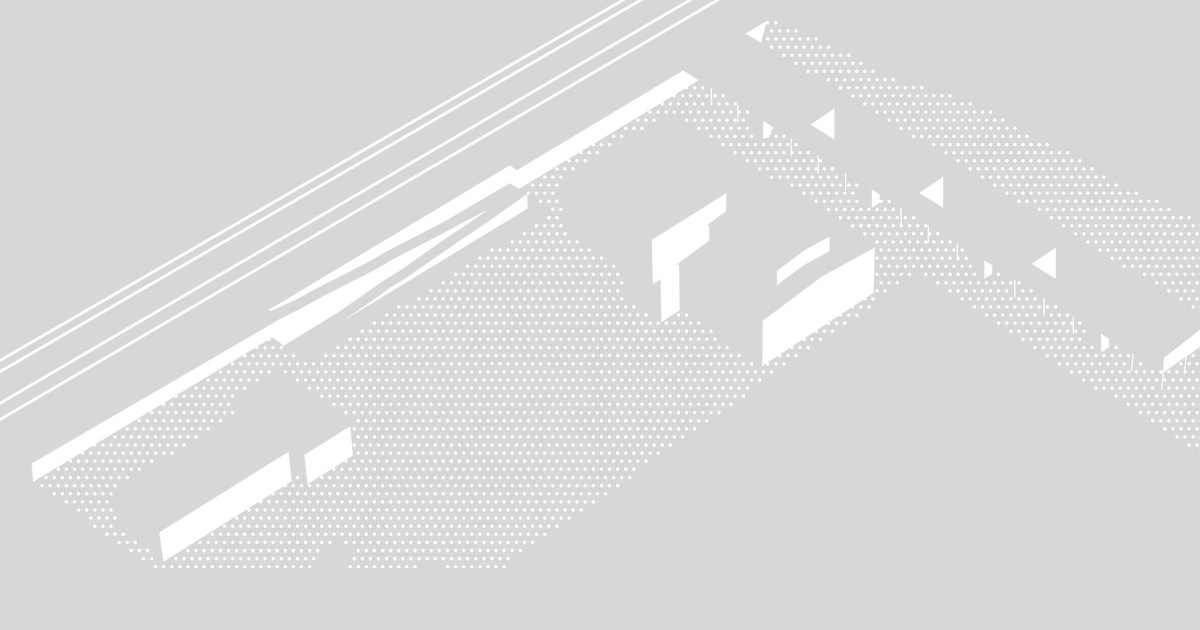 Planning and shaping of a city is closely related to the industry and its development. Urban plans that direct the urban development of the City of Skopje leave a permanent mark on its spatial and physical structure.
Transition as a period brought changes that were essential to the economic and political system of regulation. By addressing this topic, the following questions are raised:
1. What is the role of the post-industrial remains and their connection with the past?
2. How to intervene on the connection between the city and post-industrial remains?
Offering a visible connection with the past, post-industrial remains help us to define the character of our environment, at the same time playing an important role as integral parts of the collective memory of the city.
According to these findings, this master thesis is based on research of a particular location in the city of Skopje, in which the main goal is to recognize the specific characteristics of the place and the post-industrial period. Through re-affirmation and identification of the quality of space is analyzed the transformation of the factory complex "Kuprum" and adaptation of the spatial program unit, as well as an intervention with architectural character.

According to all conducted analyzes and research we can conclude that
we are witnessing continuous changes in the city of Skopje, from an architectural and urban point of view.
The city of Skopje is a city composed of "fragments", so an urban renewal is needed, which implies and strives for a careful approach in the process of re-shaping and upgrading its structure and entity.
This state in which our city is, directs the need to introduce a new "life" of industrial buildings that today are part of the city tissue, through the conversion and integration of an object from the industry into a multipurpose center in the field of culture.
This process involves the entire environment and the population, which would contribute to the efficient realization of the idea of informal education, by creating and forming new concepts and products that are of particular importance for the culturological approach of our society. 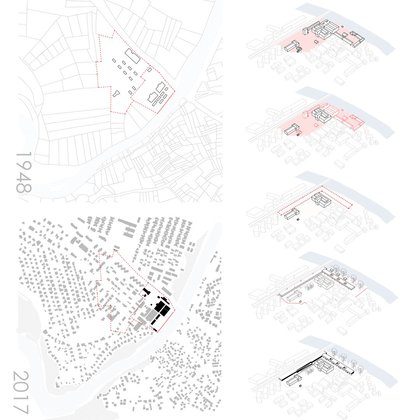 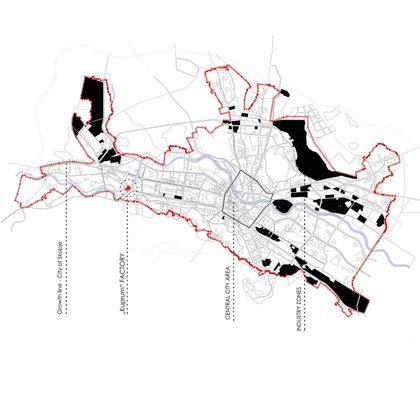 Map of Industry zones and Growth line - City of Skopje 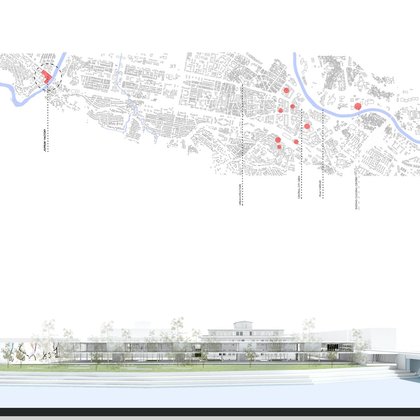 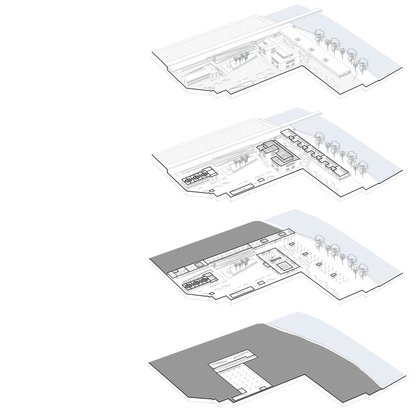 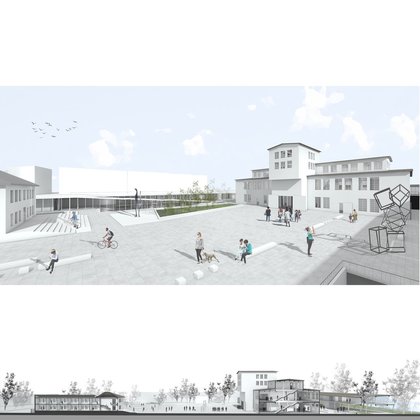 Мain view towards the cultural center 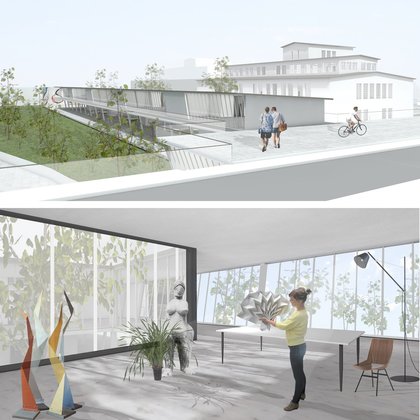 Аbsence of "border" between nature and architecture. 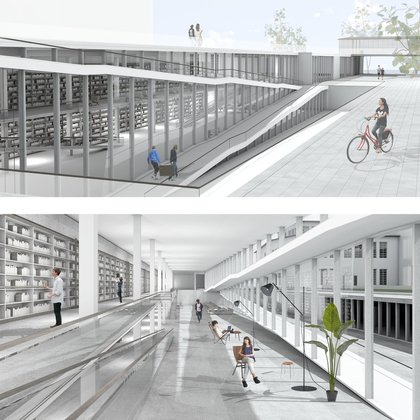 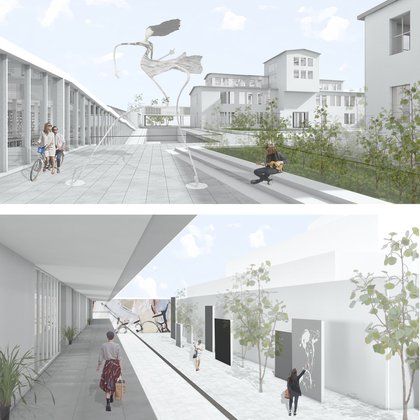 Оpen public space that is used for interaction between people 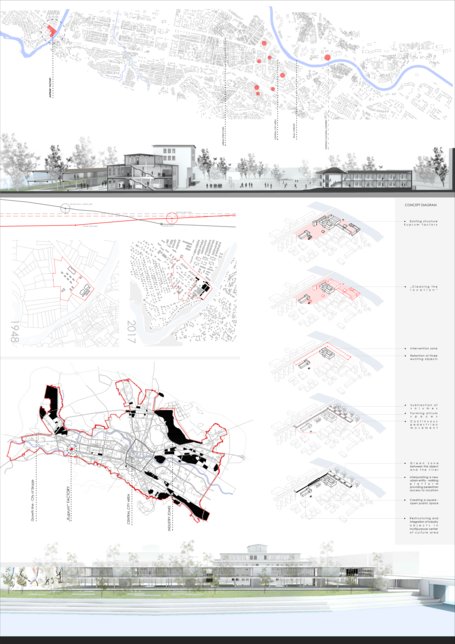 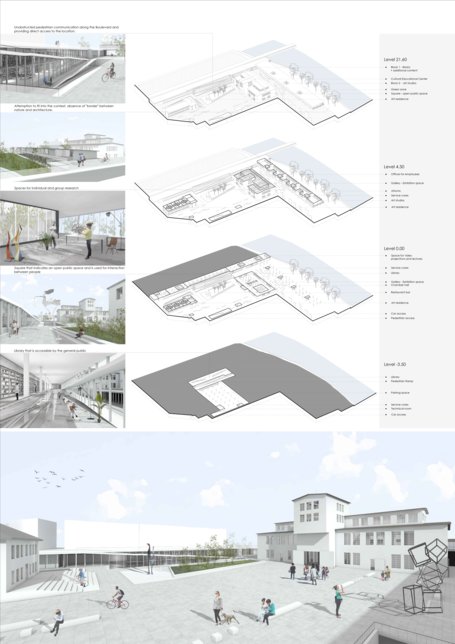