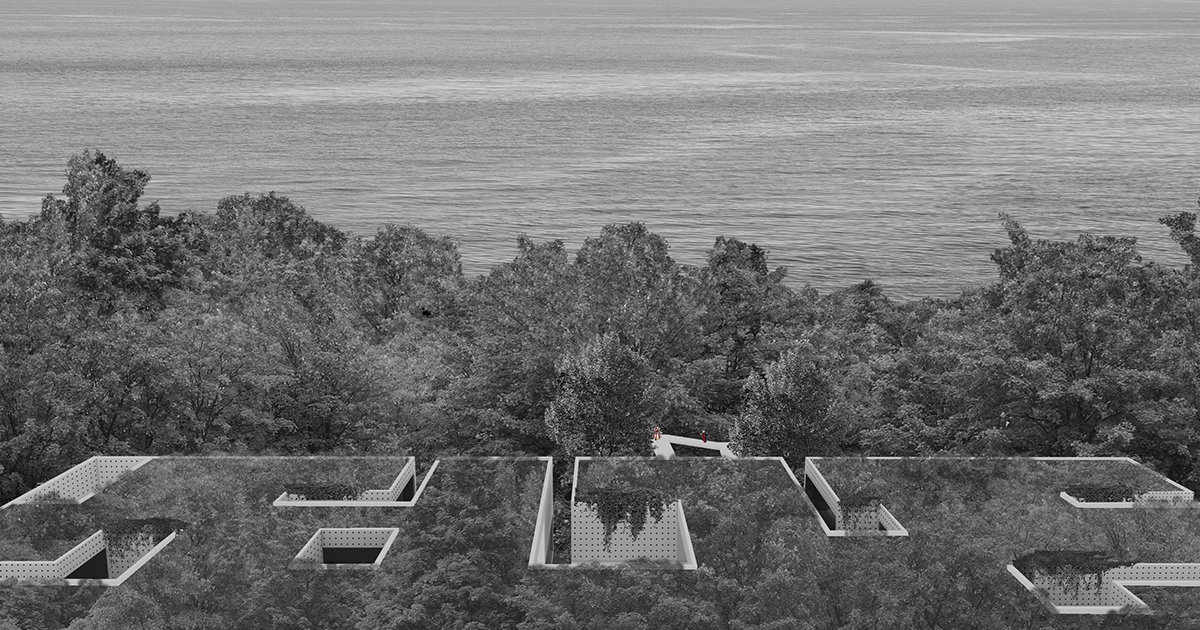 Fixed firmly in the memory of all Venetians for the reputation that precedes it, Poveglia is one of the abandoned islands within the lagoon system which offers one of the most complex histories. Starting off as an agricultural centre and then a geriatric care facility, turning into a maritime quarantine post and a leper hospital, the variety of uses that it has been attributed and the events that have supposedly occurred there have contributed to a fundamental extent to the urban legends that now circulate about Poveglia and to the complex identity it has assumed with the passing of time, ending up with the current state of abandonment which has been defining its present for nearly 50 years.
The intervention scheme sets as its major premise the greatest possible preservation of the different constructive and historical phases, also emphasising the identity that represents the island at the present moment: i.e. its current state of abandonment, whose representative elements are the ruins and the thick layer of spontaneous vegetation (named the vegetal tangle), the latter being interpreted as a construction work by nature which prevails over man's one. Among those two "construction works" will the new intervention intertwine through a series of principles and strategical actions: re-tracing, re-identifying, re-linking, re-balancing, re-generating. That set of actions will define the project decisions which will give the island its new programme and opportunity: a university campus and a point of encounter and reference within the Venetian Lagoon. 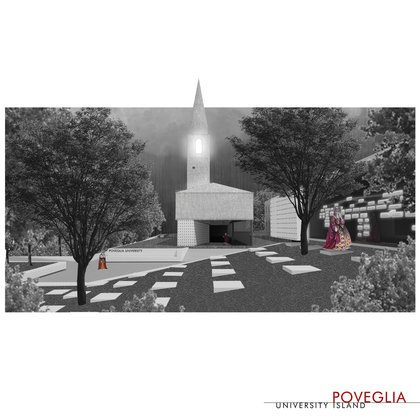 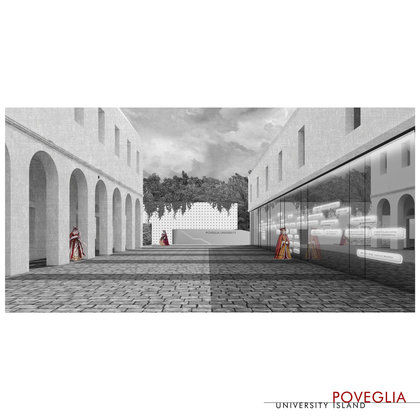 View of the Piazza - between Office and Library Buildings 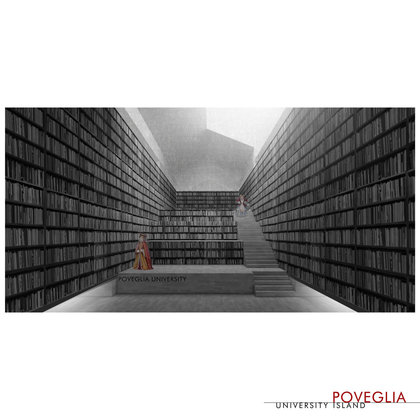 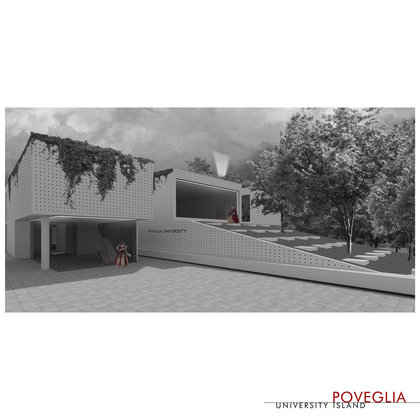 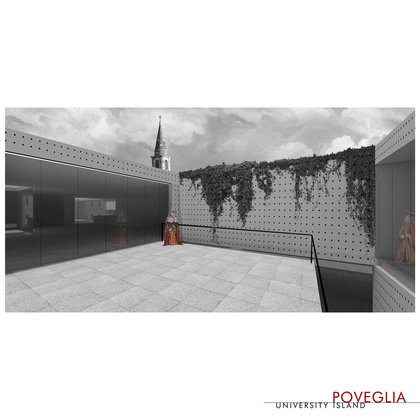 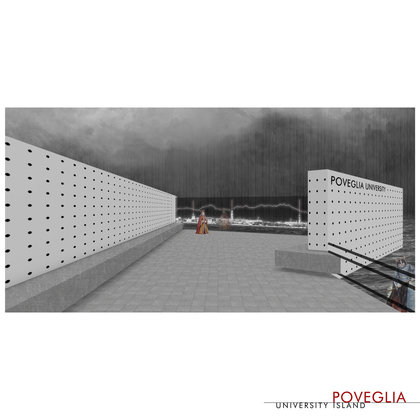 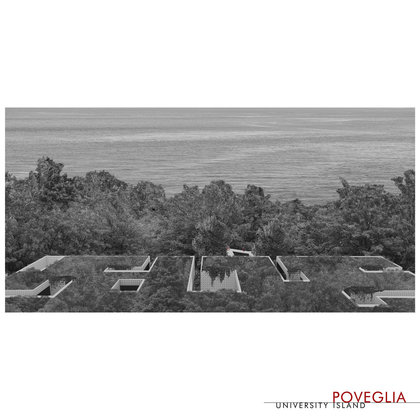 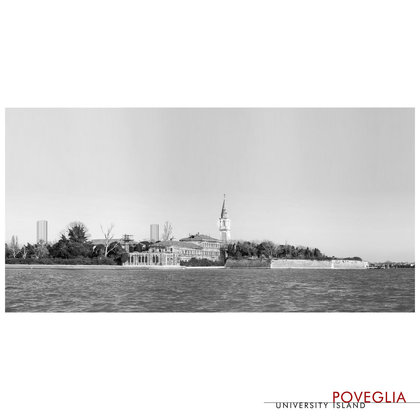 Poveglia's project silhouette during the day 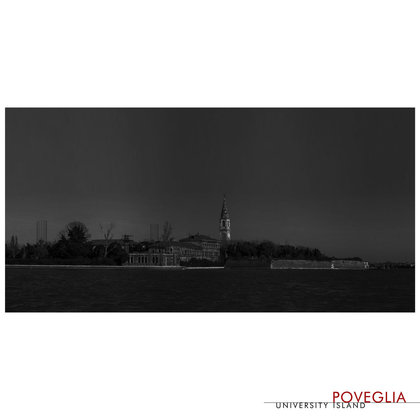 Poveglia's project silhouette during the night (I) 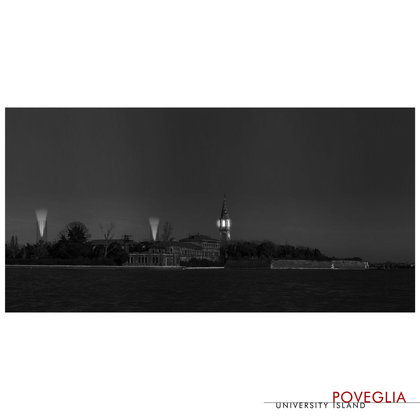 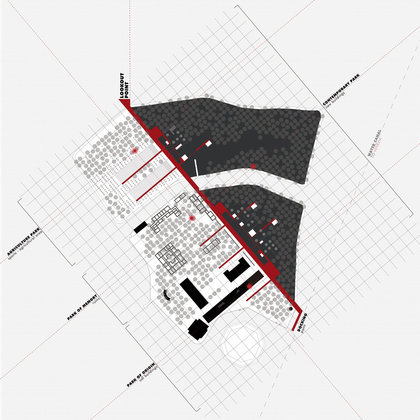 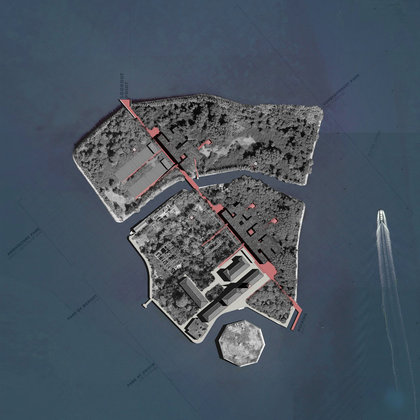 Orthophoto of the Project 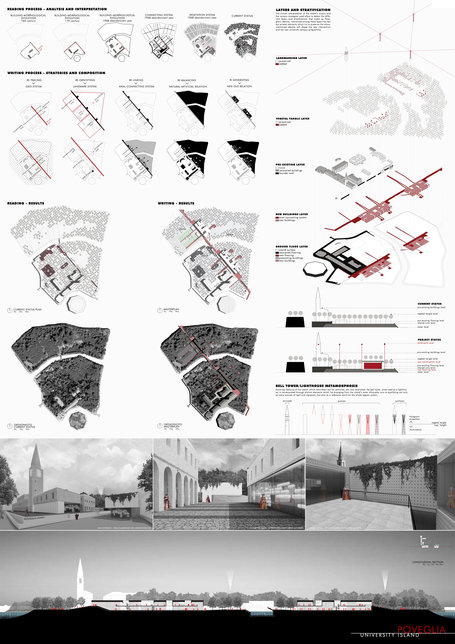 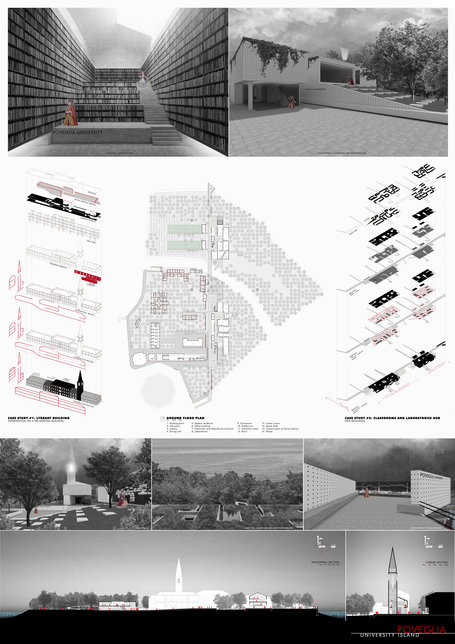