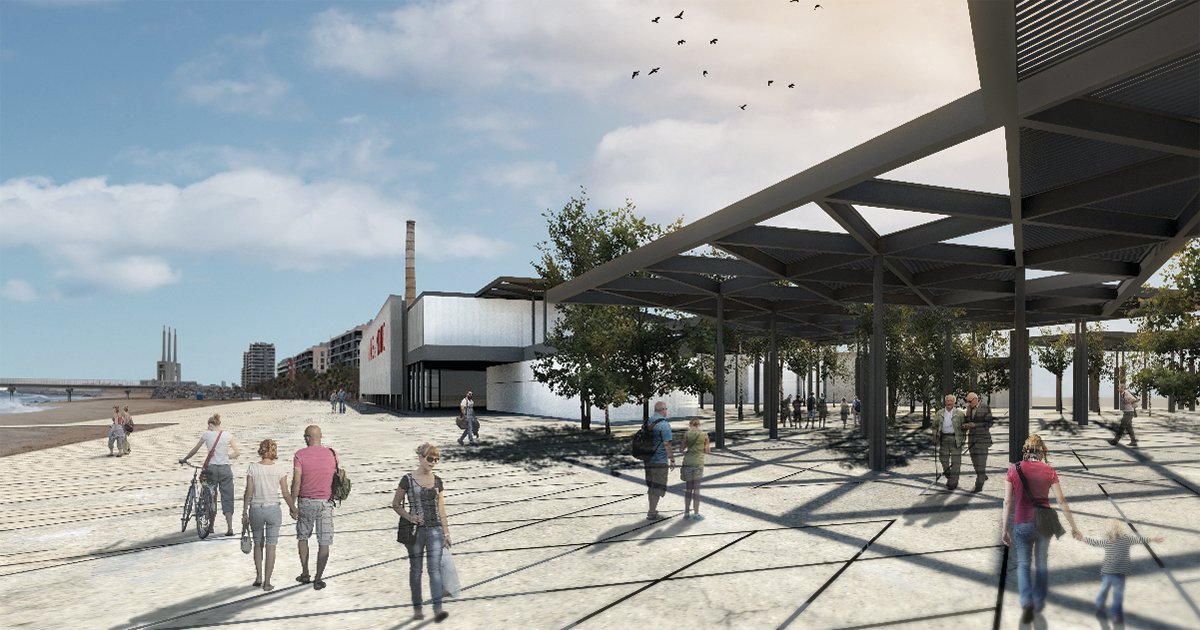 The cultural center and library of Anís del Mono in Badalona, Barcelona, redefines the cultural confluence point, in the most privileged area of the city, the beach. The project is considered as a meeting space for outer and inner cultural activities, capable of defining and creating new cultural nodes, building shadow decks that qualify spaces along the maritime facade.
The cultural center respects and preserves the few listed buildings, and the three warehouses from the old factory of Anís del Mono. Therefore the production of the elixir will not be stopped and this decision will affect the conservation of such warehouses. The project takes the historical legacy of the Anís del mono Factory to create a mesh that defines the geometry of the inner and outer spaces of the project leading to its construction using modular rhomboidal steel decks with different heights.
The cultural center opens to the sea, behind the conserved wall, and to public squares on its sides. The building encloses, on the ground floor, a lobby that grants access to three multipurpose rooms qualified to host different cultural activities. These rooms lead to equivalent shadow spaces outside the building; On the first floor, we find the library. The three warehouses of the old factory are transformed to spaces for temporary exhibitions. In conclusion, a project focused on cultural meetings at the gates of a coastal city.

The great virtue of the Cultural Center and library of Anís del Mono in Badalona, Barcelona, ​​is that it redefines all the reading of the city. The new Cultural Center gets its geometry, from the historical traces of the factory buildings. The new cultural center is in the most privileged area of the city, the maritime front. Construction defines a social meeting place, an inside and an outside space. The proposal holds in, the capability of defining and generating new cultural nodes from the construction of a deck that qualifies the space environmentally in perfects conditions along the sea front.
One of the main virtues is the conservation of the key elements of the factory, enhanced with the new elements built, a series of rhomboidal modular roofs at different heights that generate different spaces. Thus, the cataloged buildings are respected and preserved. It also preserves the wall of the old factory that faces the sea front and that somehow denied the presence of the sea. However, this wall is cut from ground level to the height of the view precisely to recover the fantastic views.
Finally, the design defines a highly qualified space for meeting the cultural activities of the city. The building understands and leads the transforming capacity that public facilities must have towards the city. This transformative capacity greatly improves the city front of Badalona. 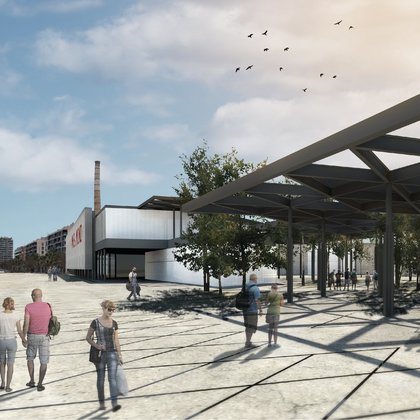 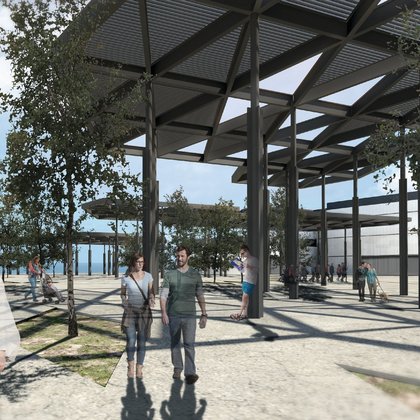 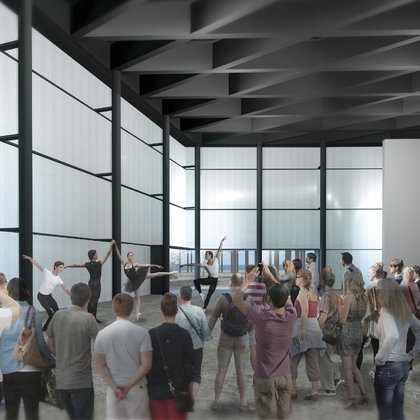 Interior of the main multipurpose room 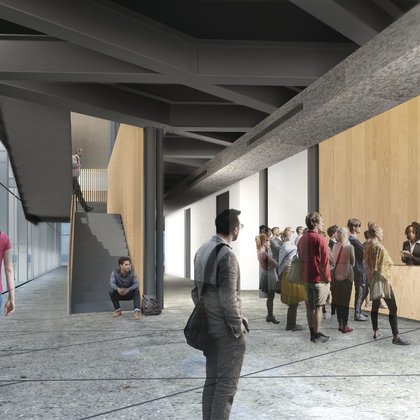 Lobby of the Cultural Center 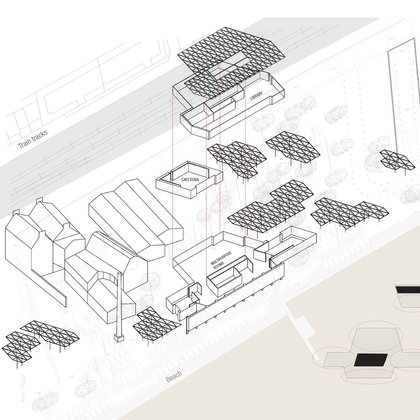 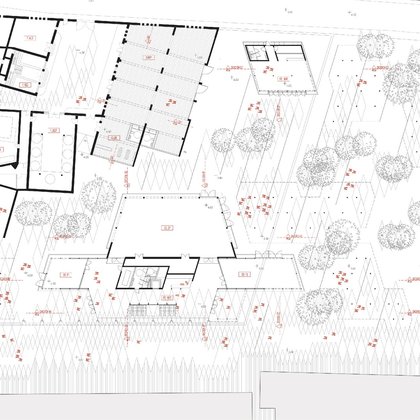 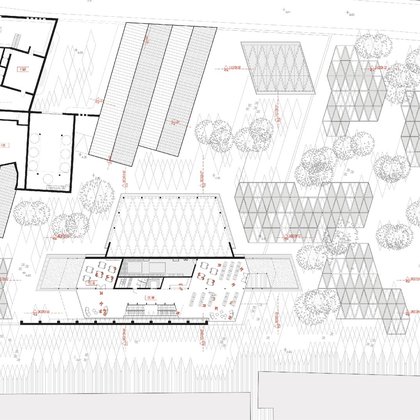 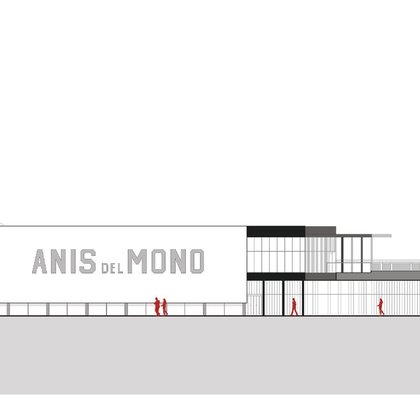 Facade from the beach 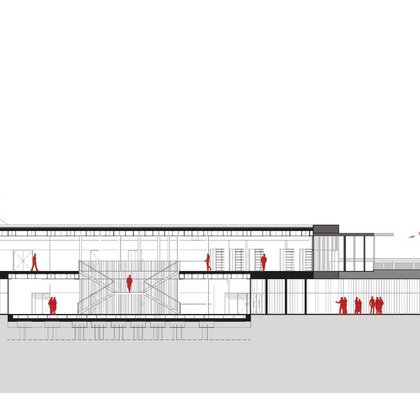 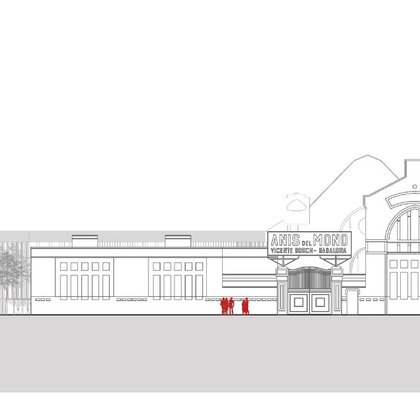 Facade from the train tracks 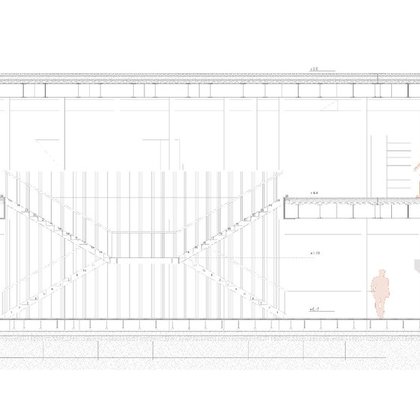 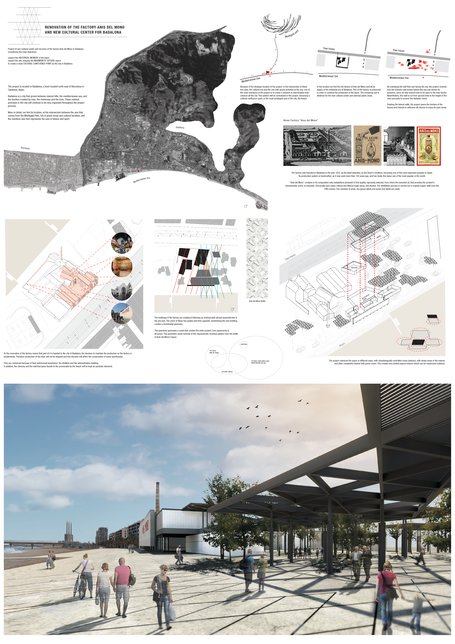 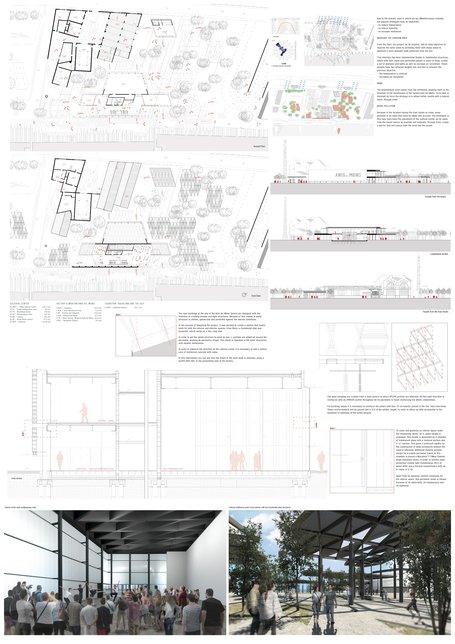