Peninsula Garbary – Transformation of the former Powerhouse Complex. Peninsula as an spatial archetype of a new holistic approach to the design of riverbanks. 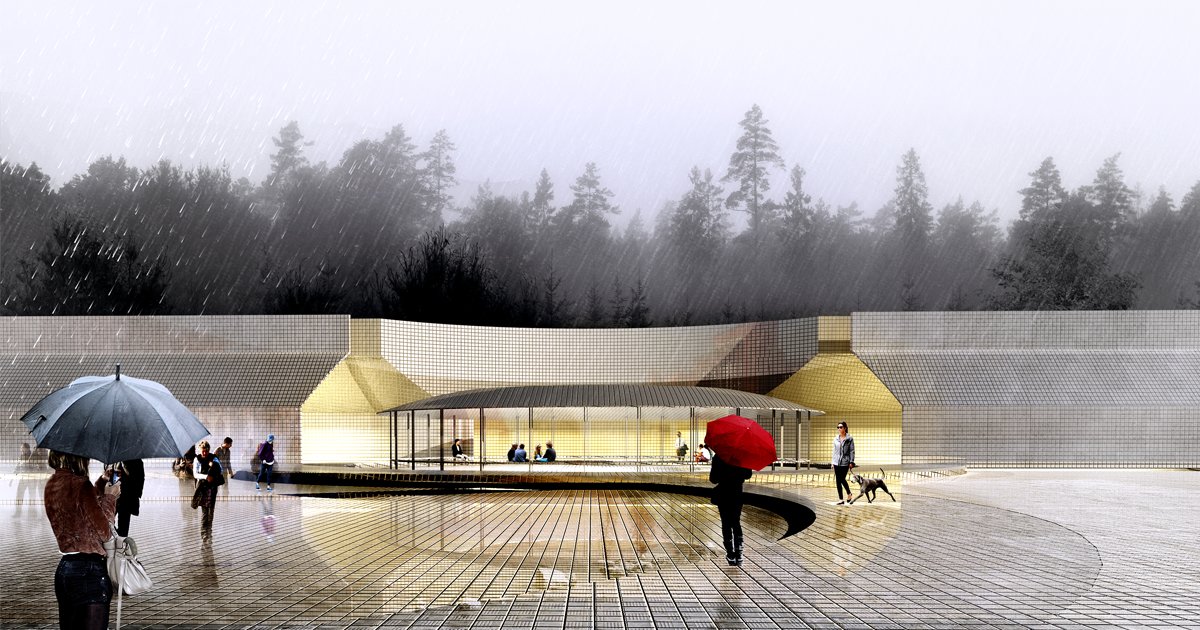 The main reason for creating the project has been the observation of the condition of many Polish riverbanks. The occurrence of numerous neglected and degraded areas has provoked questions about the possibility of reversing the existing situation. The design is based on the search for universal principles and assumptions revealing the potential of water boulevards. Analysis of rivers in a global context and attempts to meet social needs have led to the creation of a general strategy whose expression is a designed river peninsula. This area is intended to create a spatial archetype, a symbol of a new holistic approach to the design of riverbanks. The main ambition of the strategy has been the development of a flexible approach to the formation of boulevards, which, thanks to the prospects of using mobile-river architecture, provide opportunities for a spatial activation of selected river areas (Architectural Puzzle). The linear nature of the river (a natural link between cities–possible cooperation between distant areas) combined with the ability to use an effective design approach (each element of the mobile architecture can be used along the entire river) marks a new direction in shaping the boulevards. The area of the peninsula itself is the space that houses the complex of the former Powerhouse, whose main buildings became a part of a broad plan of the transformation of this industrial site. The approach of space division within the peninsula is intended to reflect the assumptions developed in the strategy, thus forming a benchmark for other river areas. 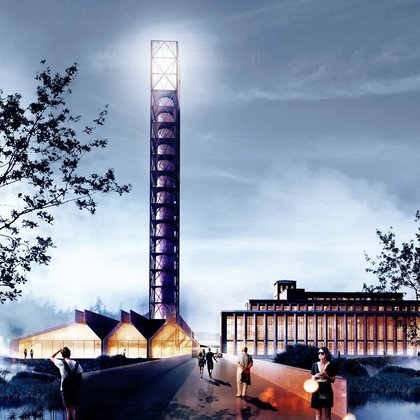 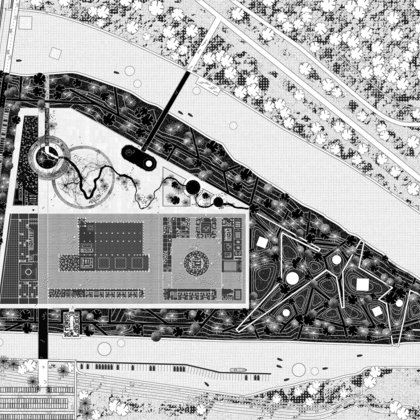 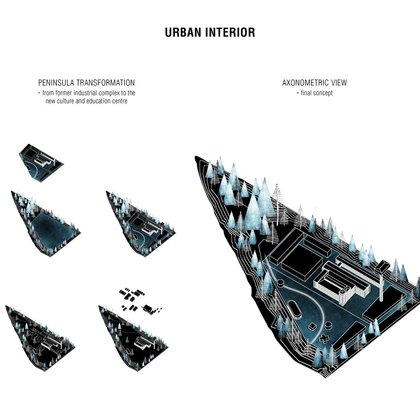 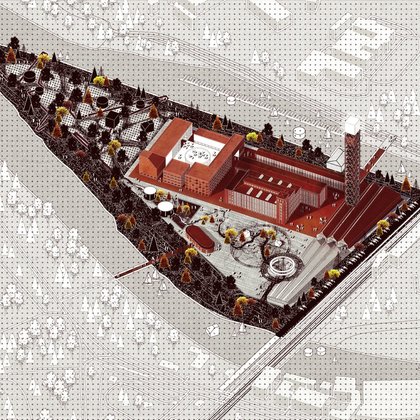 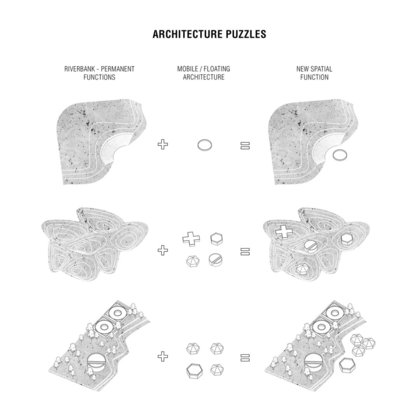 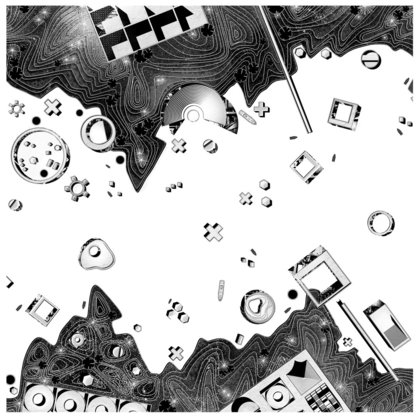 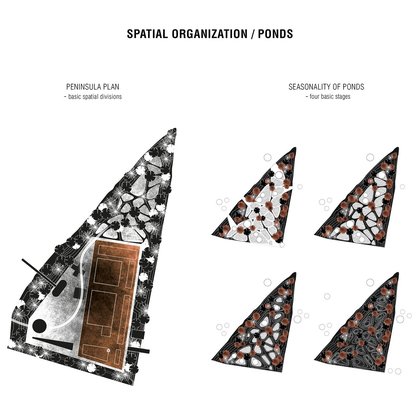 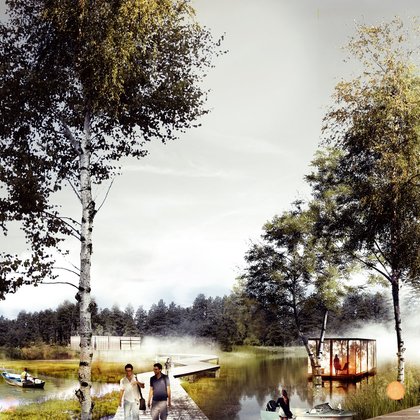 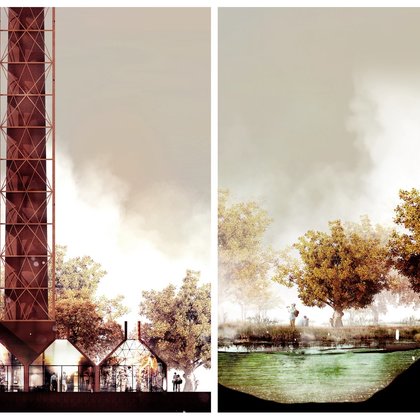 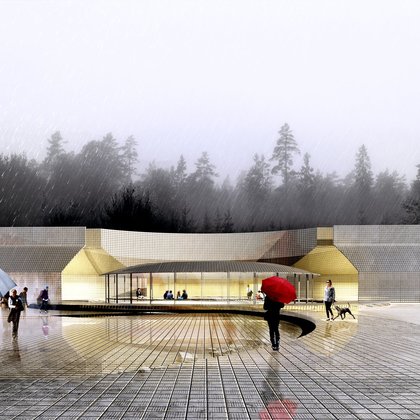 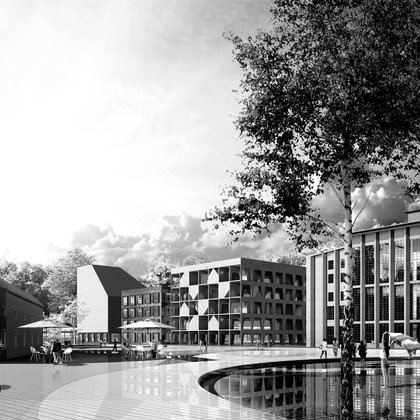 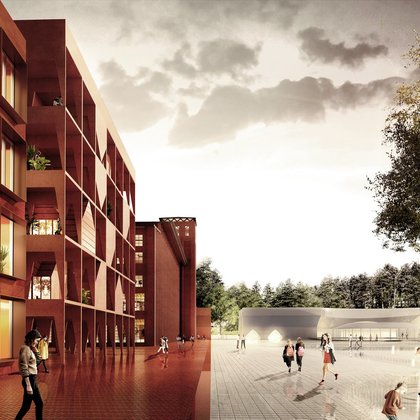 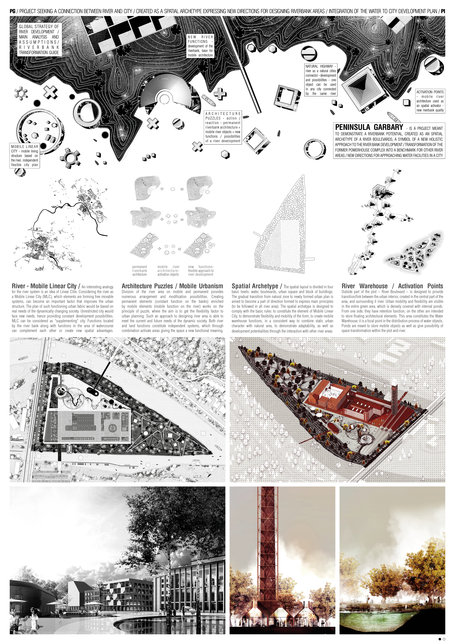 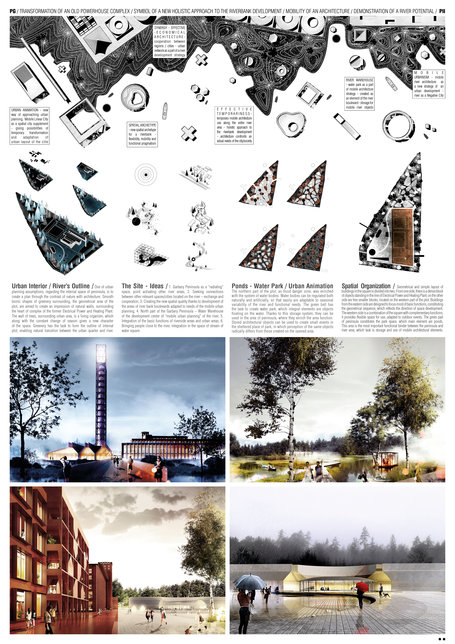