City on Mars - Colonization units on the other planets and their use possibilites in extreme Earth conditions.

by Kamil Lis from Silesian University of Technology, Faculty of Architecture, Poland
Tutored by: Maria Bielak-Zasadzka 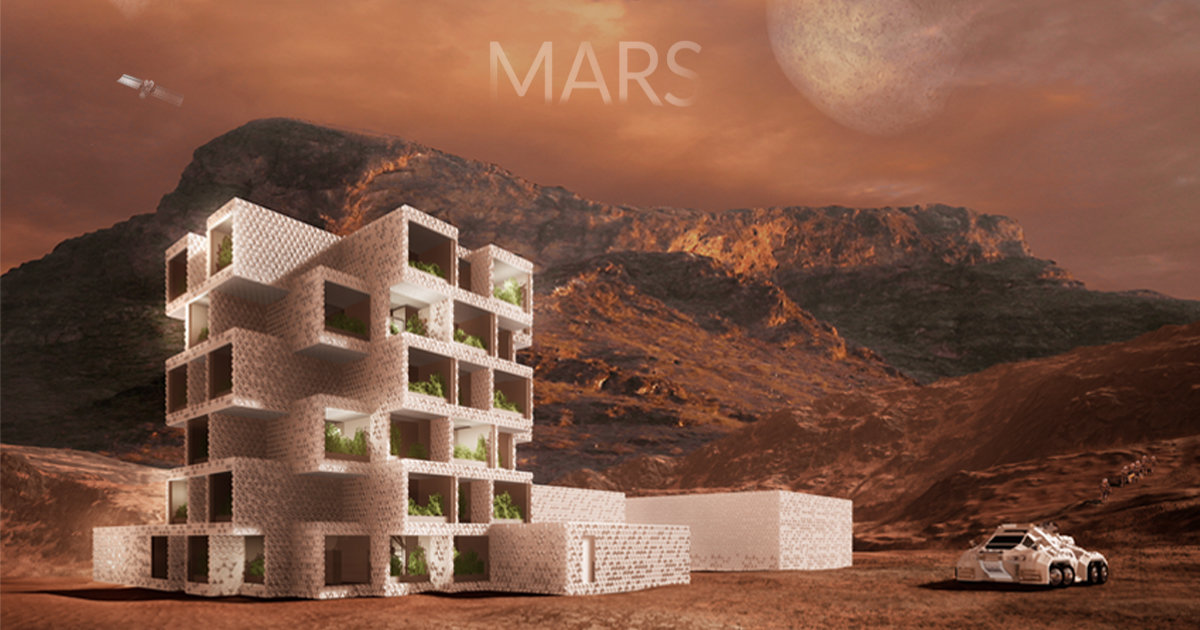 In recent years, more and more often a topic of extraterrestrial bases has been discussed. Orbital stations already exist, and first manned flight to Mars is planned for year 2024.
However, before it will be possible to extract raw materials available on Mars and construct with those infrastructure, several of those shipments will be needed. Already in the year 2018, first unmanned trip to red planet is planned.
One of the reasons for considering colonization of other planets are natural disasters occurring all over the Earth, leaving people without any protection, without roof over their heads. Governments are acting too slowly in case of helping victims of the disasters, such as Hurricane Katrina. A part of following thesis is to design a new type of shelter for people affected by natural disasters.
On the basis of carried out analysis and research, and learned from them conclusions, project assumes that the design must meet specific criteria. The target population is around 50 people (starting with 3 at first stage), to provide the most optimal environment to live work and properly function on Mars. Base will be located in natural cavity, such as Gale’s Crater, which provides protection from dangerously high UV radiation.
Hole project is adapted for people with disabilities and those wanting to start a family. Construction and finishing materials were planned as reuseable. Base was designed with its own resources of food (crop fields and possibility of breeding animals). 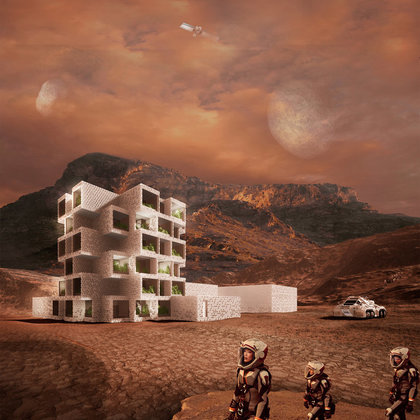 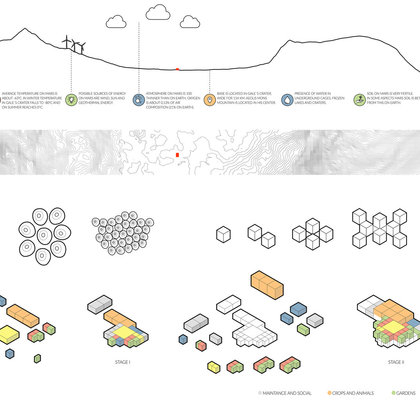 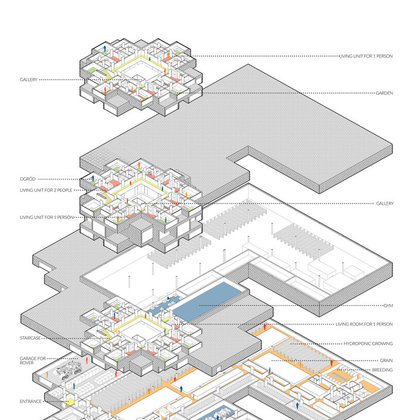 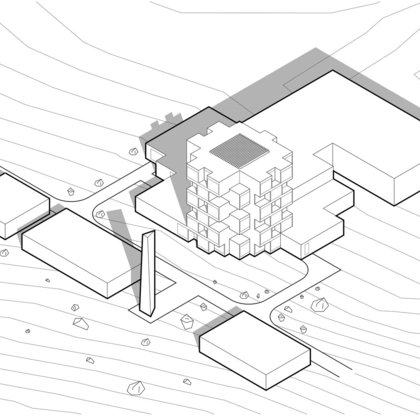 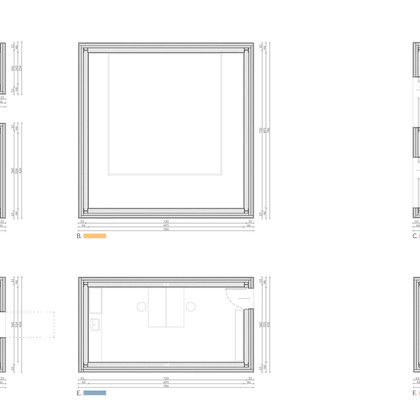 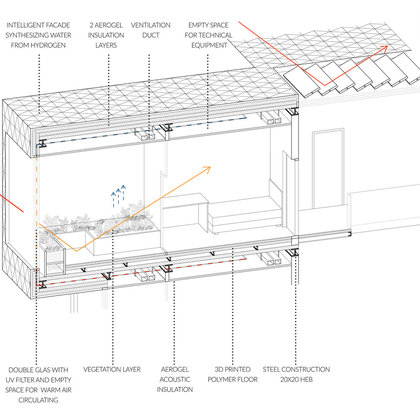 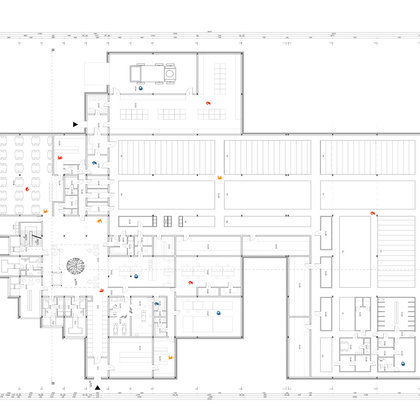 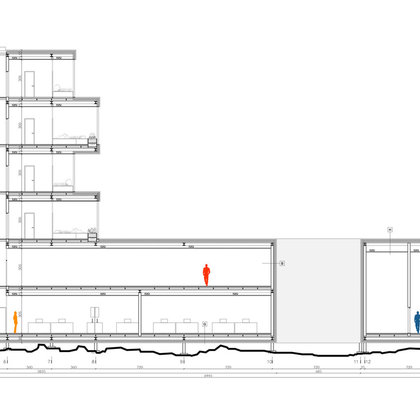 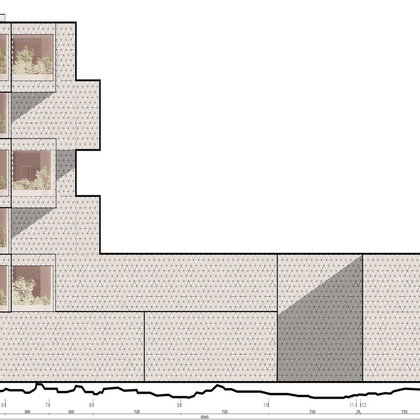 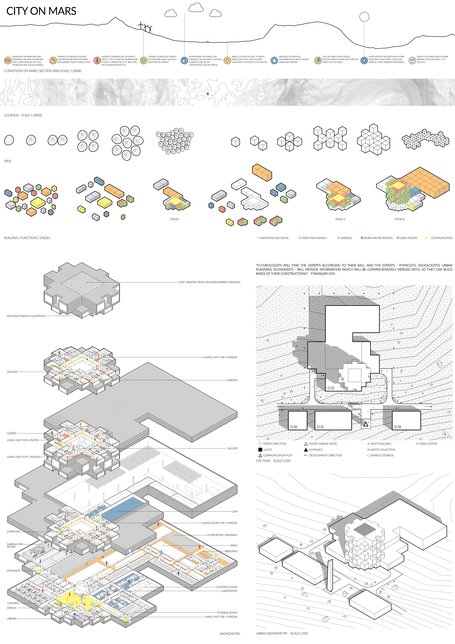 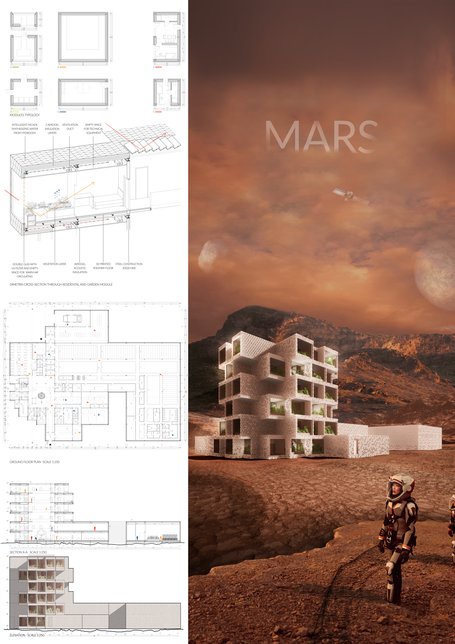