Psychotropia - or the hospital of every consumption 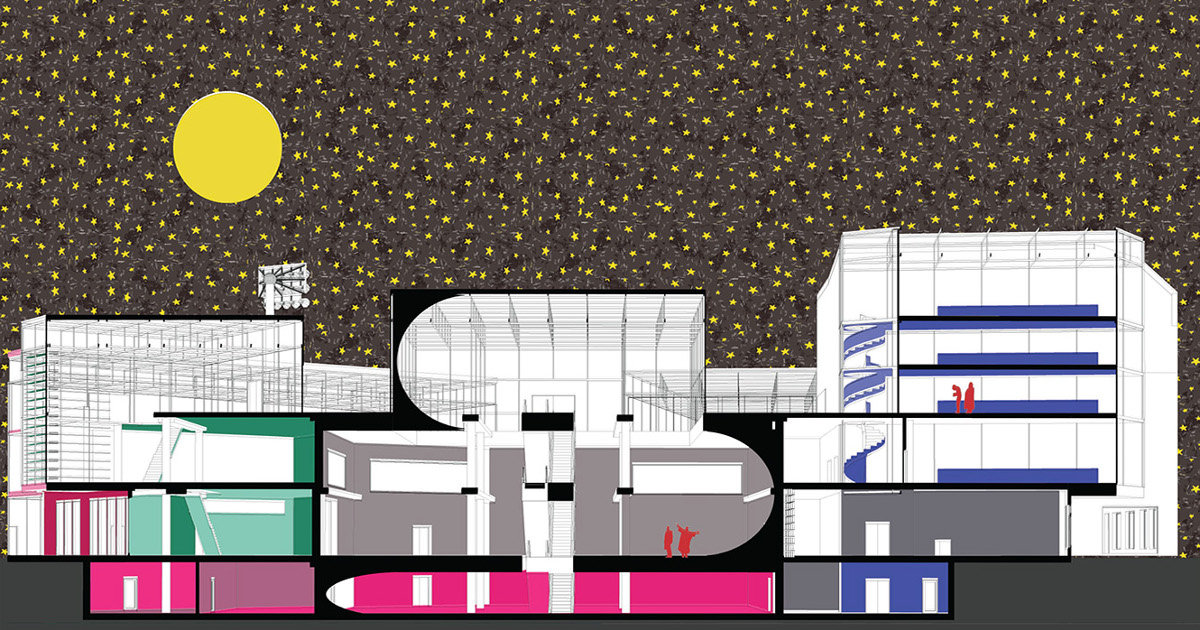 Psychotropia is an architectural response to the discrimination people of a particular drug subculture suffer from as the result of the "war on drugs." Far from helping people to quit through the regulation and safe usage of substances, governments structure laws to displace these target groups in the wake of gentrification, forcing them to hide and restricting their access to public space. This is the case in the open-drug scene in Oslo, which had its beginnings in the garden of the Castle in the 1960’s, and has progressively moved further east with every passing decade.

Today, Norway leads heroin overdose rankings in Europe. In the capital of Oslo, opioid users -but not only- gather around the main bus stop on Brugata and the brutalist shopping mall "Gunerius," which will soon demolished to be replaced by a luxurious complex. The counterproposal consists of an adaptive-reuse of the mall, keeping part of the existing shops which can economically feed the program and create among others a drug academy, allowing a plurality of worlds to co-exist: heavy users stand alongside everyday visitors.

Ignorance and misuse put people in danger, not the substances. This new public space offers a safe place for psychotropic consumption, allowing all degrees of use from coffee to psychedelics, breaking down the prejudices about addiction... and allowing more fun to happen. It is a space dedicated to the reappropriation of one’s body and mind through teaching and experience. 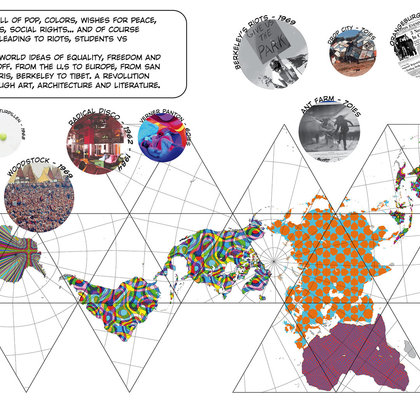 Back to the sixties... 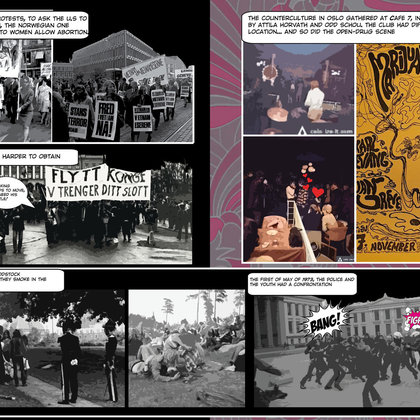 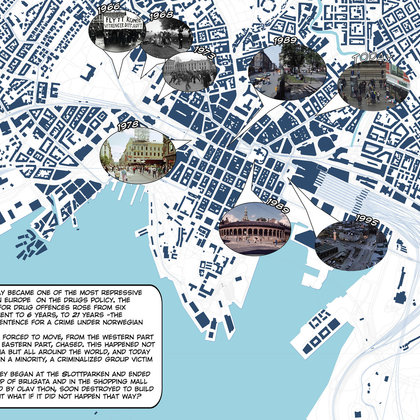 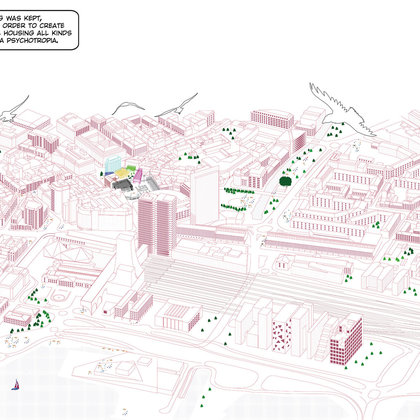 Axonometric of the new project 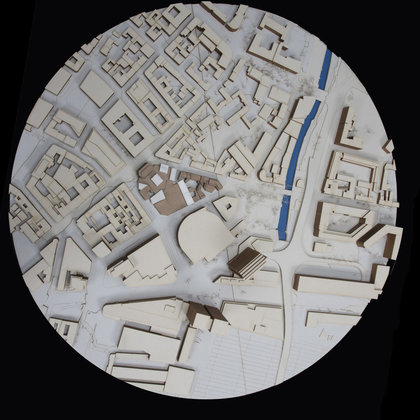 Model 1-2000 additions in white oriented to the North 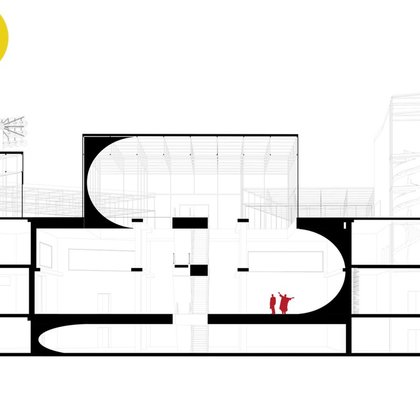 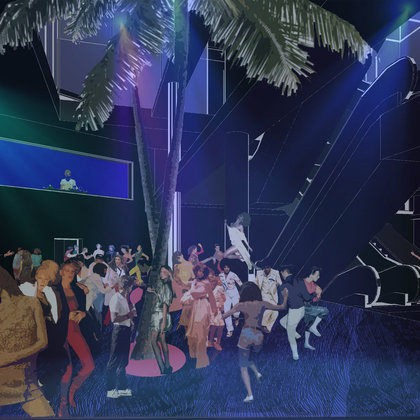 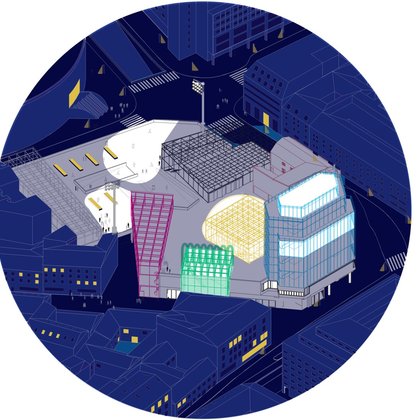 Psychotropia by night, a psychotropic building 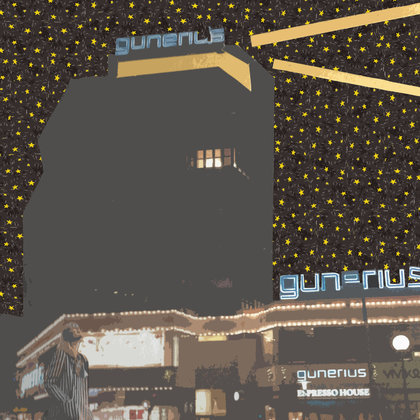 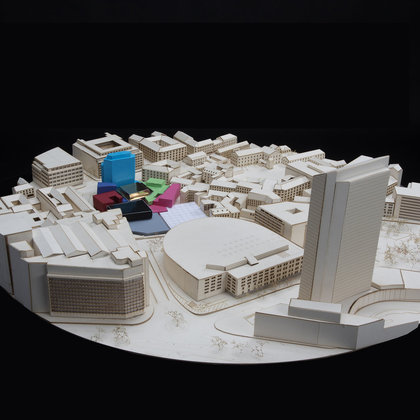 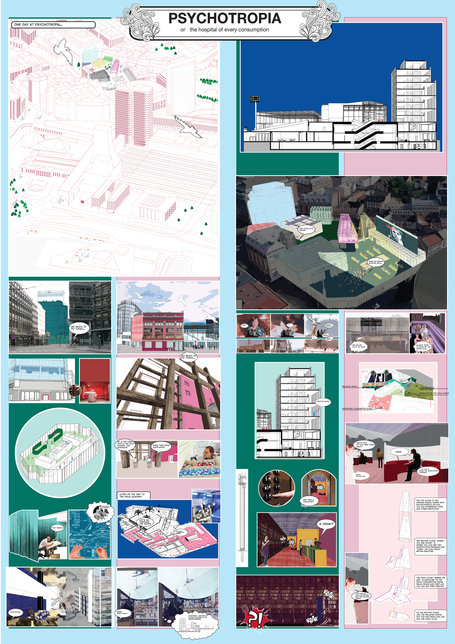 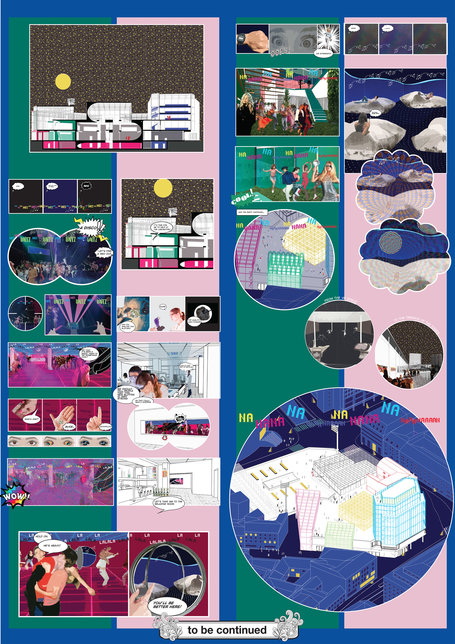