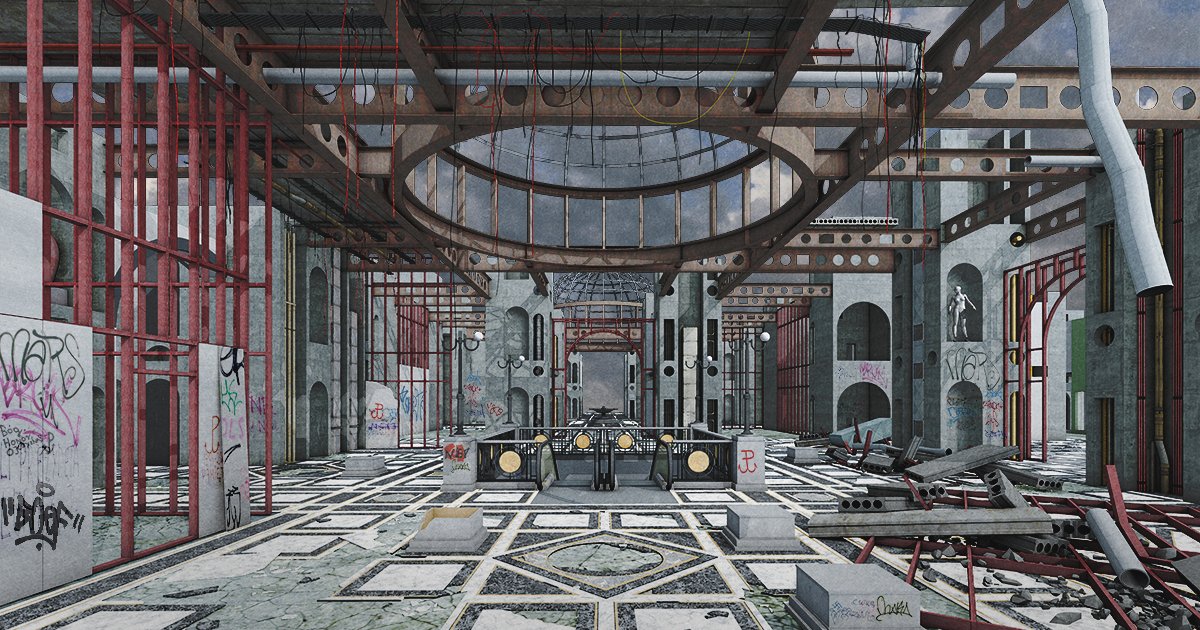 Set in the ever-changing urban landscape of post-socialist Warsaw, the project attempts to re-examine the role retail plays within the continuously-reinvented culture of Polish cities. Focusing on the shopping mall typology, the scheme builds on its parasitic proclivity to subsume new urban roles and functions to speculate on a new morphology which combines retail and residential units. In recognising the growing threat of online shopping to traditional forms of retail and the consequent shift towards in-store customer experience, the proposed scheme consists of showrooms, intermingled with private, residential units, which coexist not as discrete typologies, but in the form of an intricate and expansive mat building. The resultant retail landscape resembles a palatial department store or museum, while the inclusion of the residential functions turns it into a continuously revised repository of different lifestyles. In practical terms, the residential tenants, encouraged by the potential financial profit keep a portion of their flat open to the publicly-accessible retail spaces for the purposes of showcasing merchandise. In this way, the potential for conflict on a number of different planes is incorporated into the building fabric. The hope is to capture and recreate some of the authentic urban dynamics, driven by diversity of use and people, which have up until now been absent from Polish shopping malls. 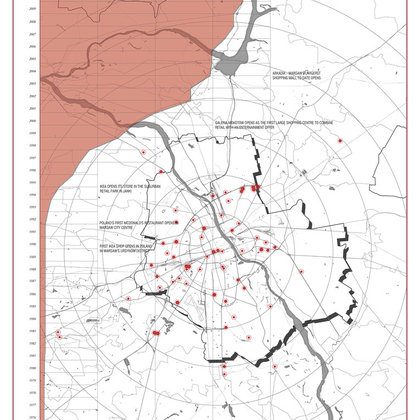 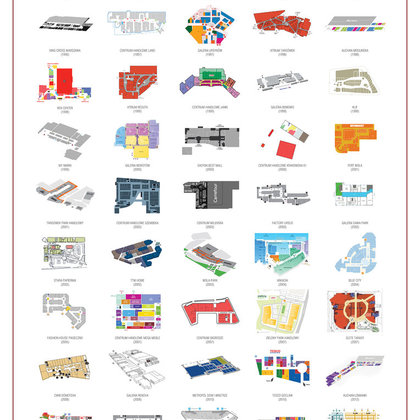 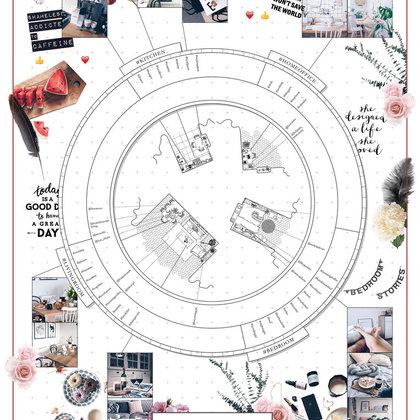 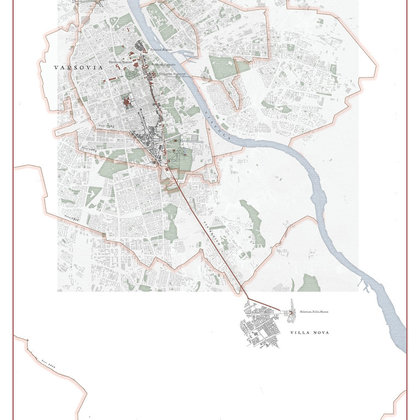 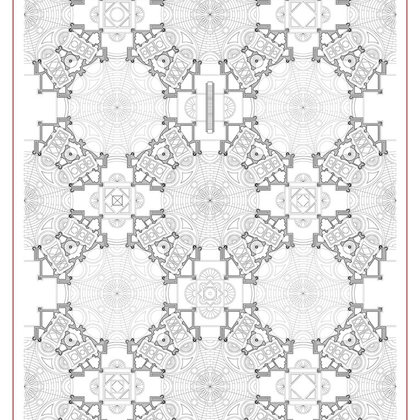 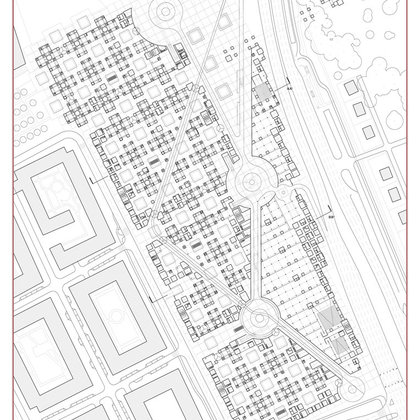 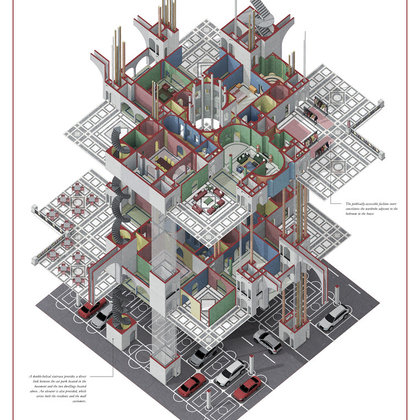 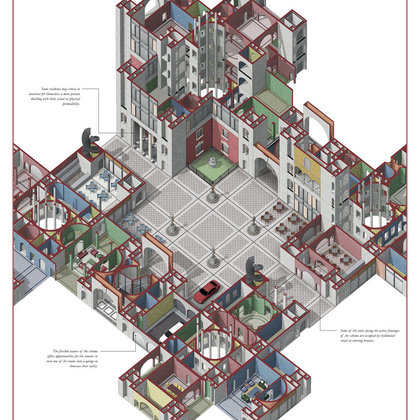 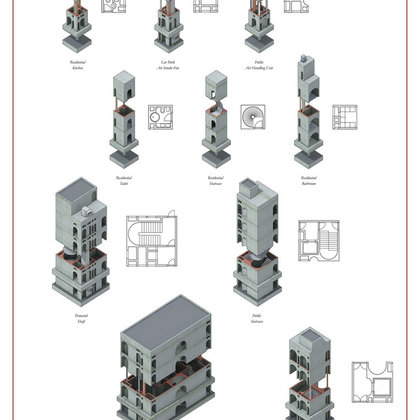 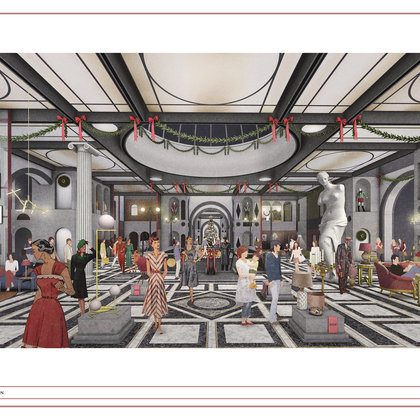 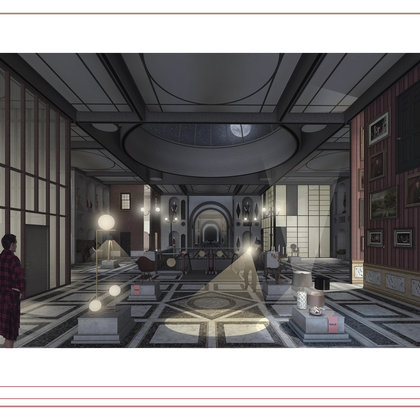 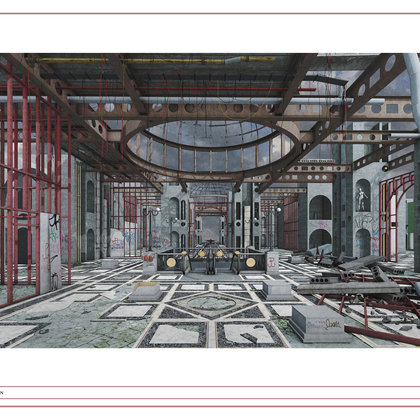 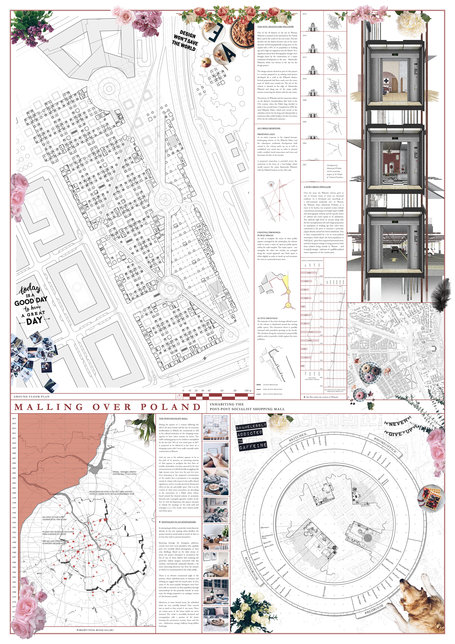 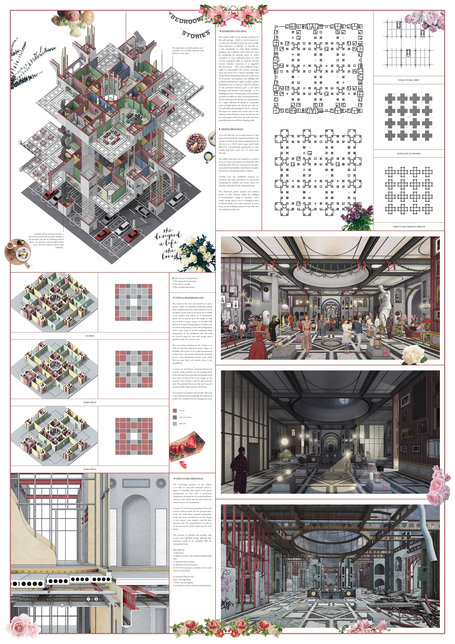