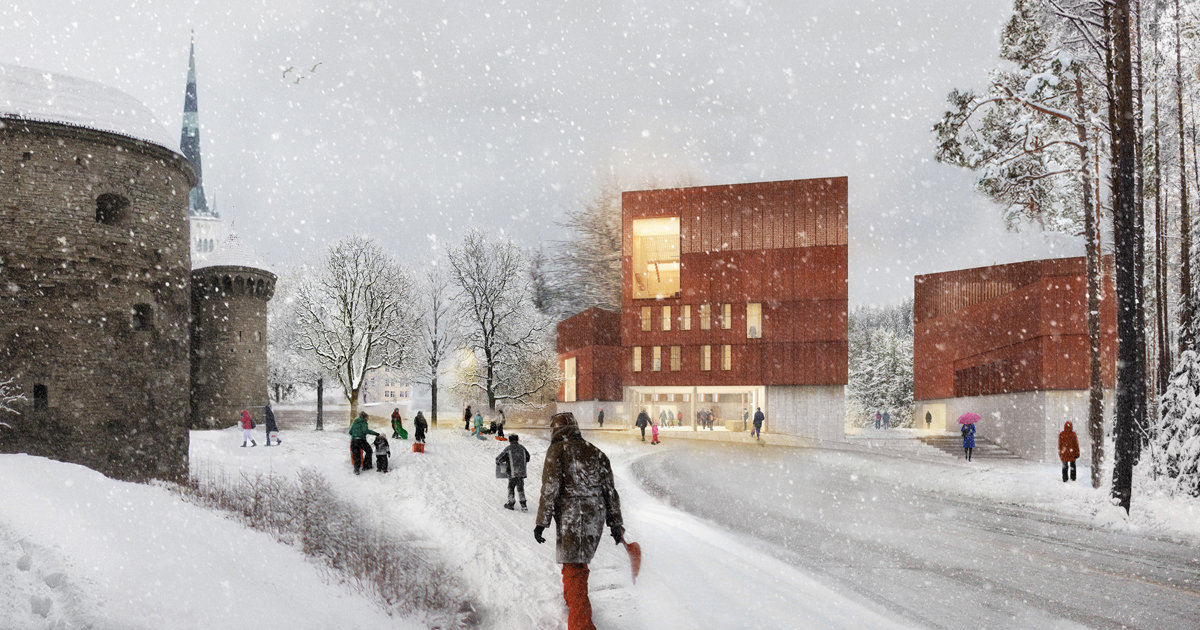 Inspired by the rich cultural traditions of Estonia, this project aims to celebrate song, in particular, as an integral part of national identity and unity for its peoples. The brief accordingly recognises the importance of singing as both a cultural activity and political weapon, epitomised by Tallinn’s ‘Laulupidu’ (the largest amateur choir event in the world attended by almost one tenth of Estonia’s population) and the ‘Singing Revolution’, through which independence was gained in 1991 after years of cultural genocide under Soviet rule.

Through the provision of rehearsal and teaching rooms alongside three principal venues to accommodate different vocal performances, including a 100-seat debate chamber, a 200- seat auditorium for traditional ‘regilaul’ and a 500-seat auditorium for choral singing, the Tallinn Vocal Arts House intends to promote the Estonian language, whilst also responding to a significant need for purpose-built performance spaces. Bounded to the west by the 17th century Skoone Bastion, the site is located at a strategic threshold between the dense urban grain of the iconic ‘Old Town’ and a sprawling forest landscape. The project therefore formalises a significant piece of new public realm to connect city and forest; old and new. Externally, limestone and corten cladding reference the materiality of the neighbouring Old Town. Internally, patterned pine, larch and oak panels develop individual character and distinct acoustic environments for each venue. 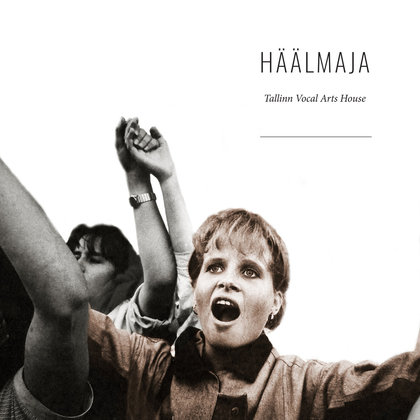 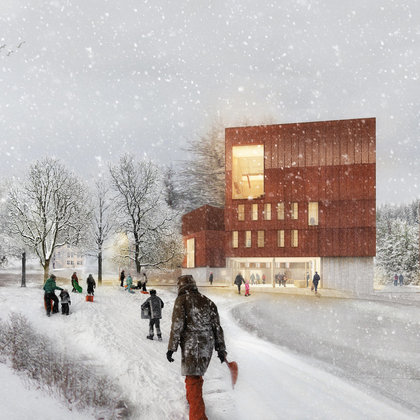 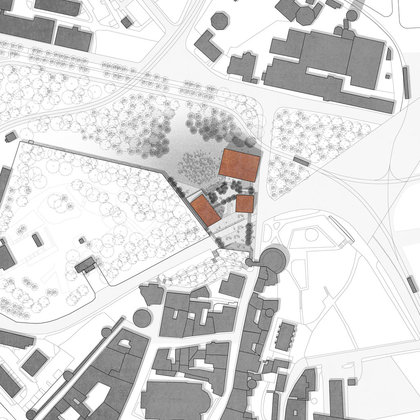 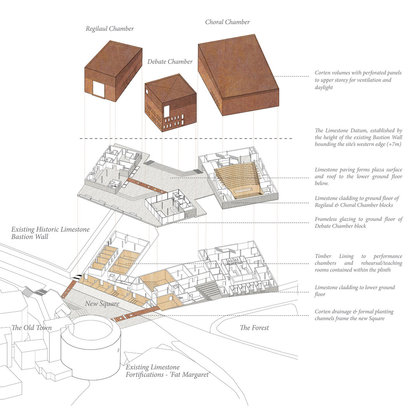 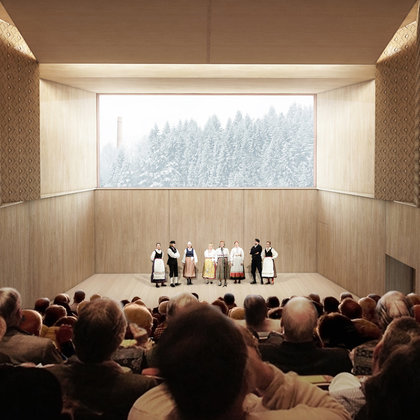 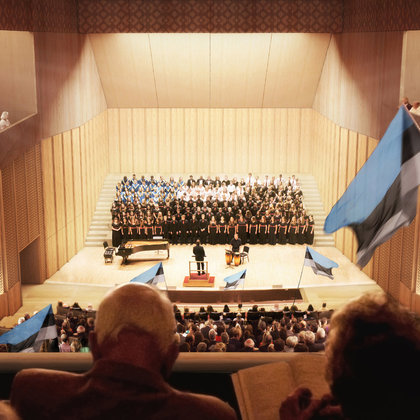 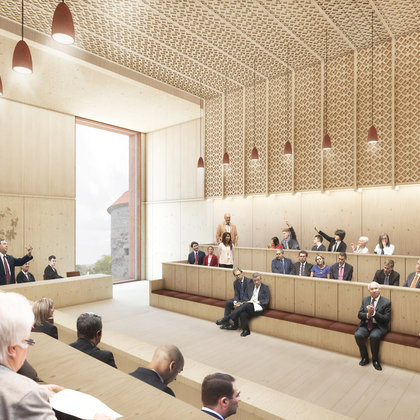 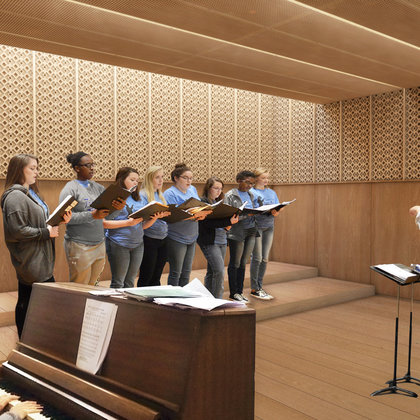 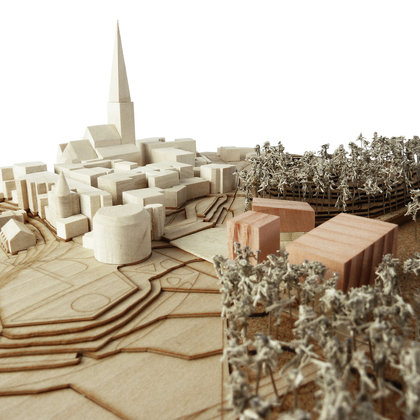 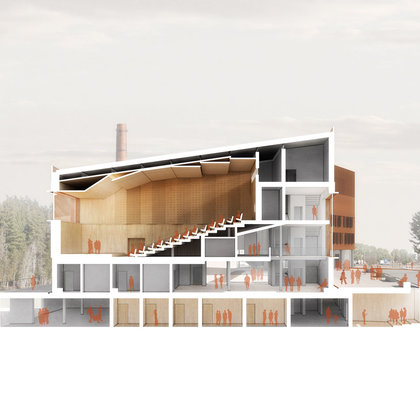 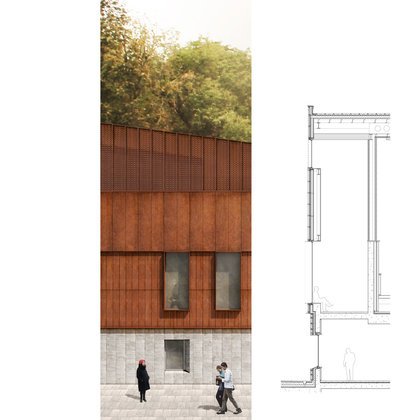 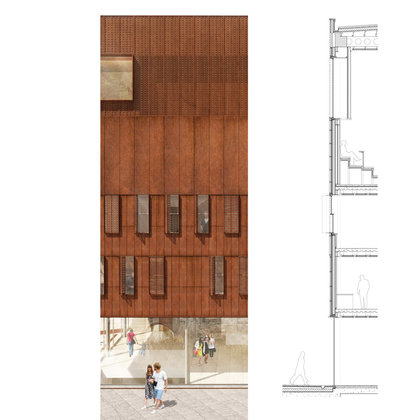 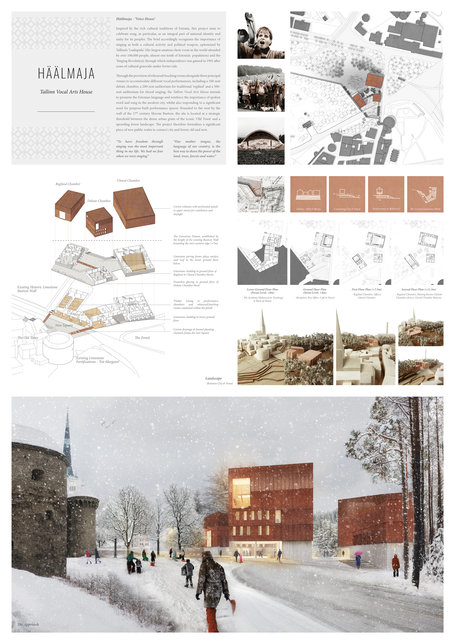 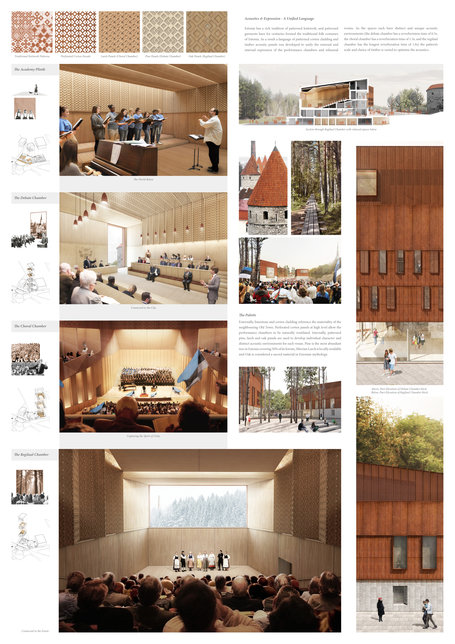