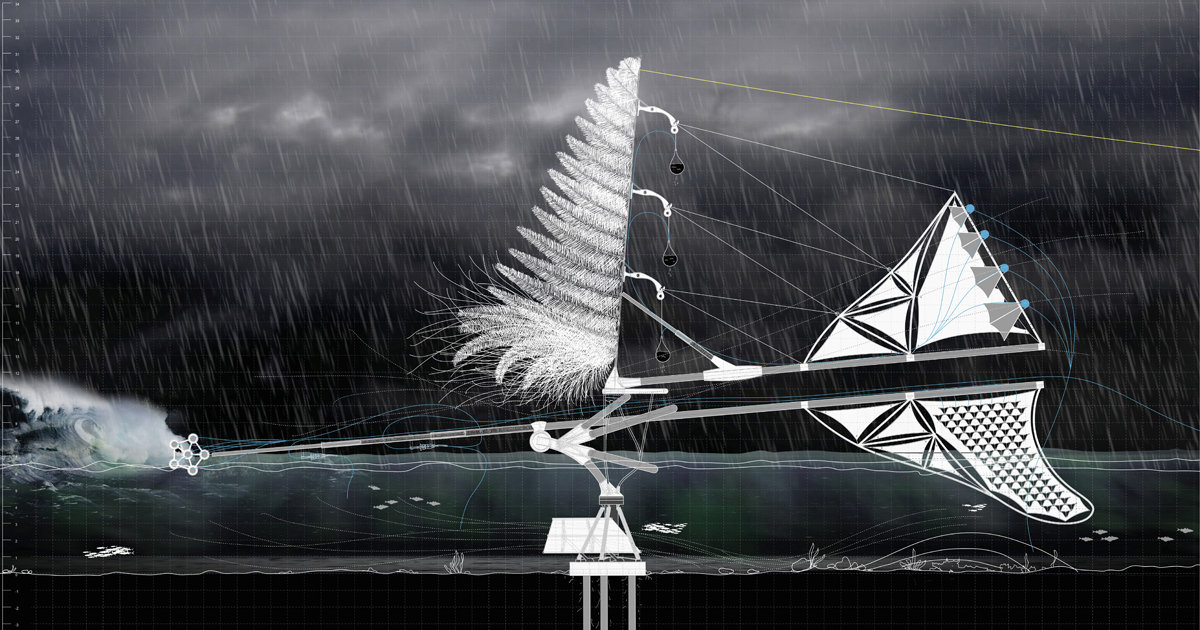 One of the different definitions of the noun “Resilience” can be defined as “Ability to adapt a living being to a disturbing agent or an adverse situation”.
The project is focused in finding out and handle one of the most affected areas of our planet, due to current consequences of climate change: Shishmaref (Alaska), a small Inuit island being devastated by climate change.
The aim of this project is to create new systems of defense against elements, that can be able to adapt to these changes in a natural way, as like animals or plants continually fighting for evolution.
The architectural part becomes a point when theses mechanisms and systems become much more than a mean of defense/engineering) evolving to part of their culture, way of living or surviving.
On that way Defense-Energy production-Improvement of Urban system and Facilities for the individuals are comprised in a single devices system, being capable of cohabitating with climate, fauna, flora and individuals in their own culture.
The design and the way these systems evolve is based on basic physic-structural concepts, in machines created by humans, and on morphologies of Nature, especially of animal kingdom, a great example of adaptability and optimization.

It is also intended to raise awareness of a close future to which we are obliged to adapt and which will modify the current way we understand cities such as we nowadays know. Shishmaref is just the start, the first resistance, the tip of the iceberg.

The student’s project has been developed with total autonomy, making explicit the alliance between the areas of Projects and Architectural Constructions.
The final object, a device that generates an energetic landscape of great beauty and functionality. The student has managed to transform a process of geophysical, social and cultural degeneration of a territory subjected to great weather inclemencies into a project opportunity in which destructive energy can be transformed into "restorative" energy from a society as peculiar as the "Inuit."
The project operates in a complex manner in the social, environmental and cultural spectrum.
On the other hand, it is a work perfectly communicated, structured, drawn and with constructions in model of a great quality. 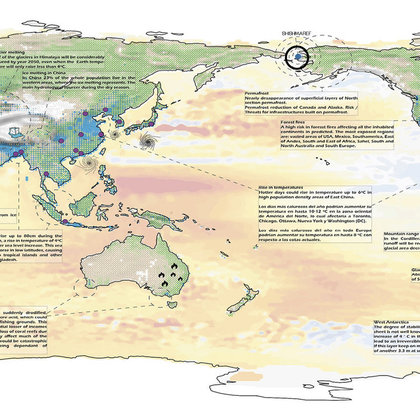 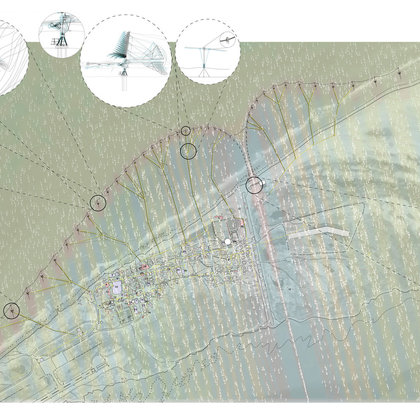 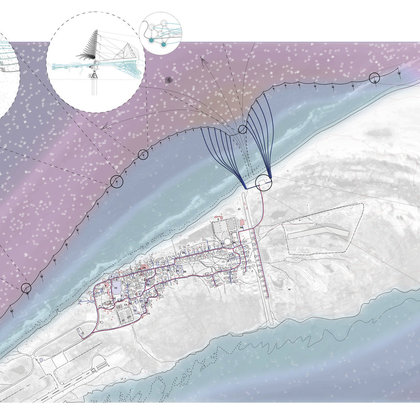 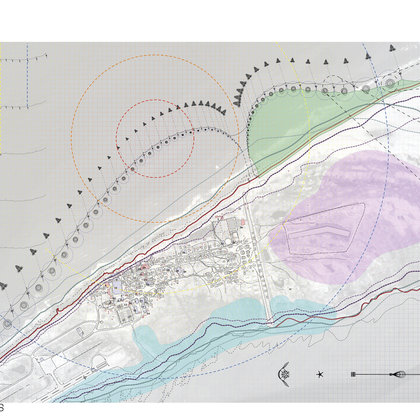 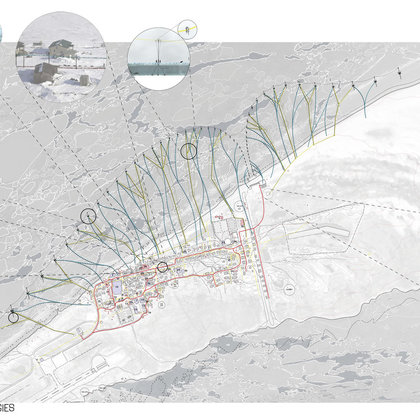 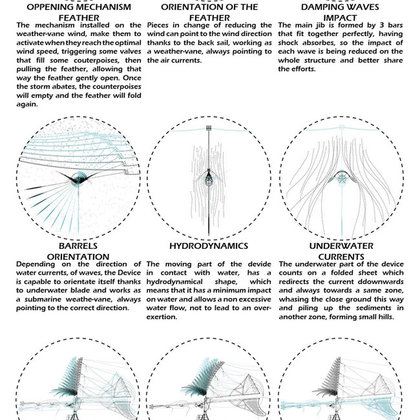 Capacity of the Device to adapt 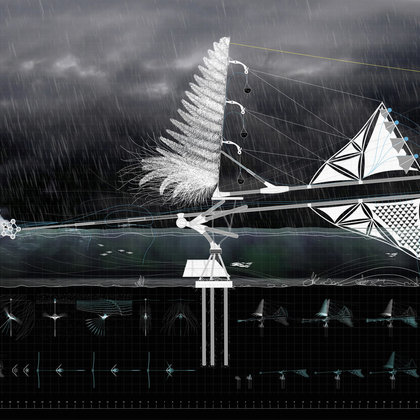 The Device while storm 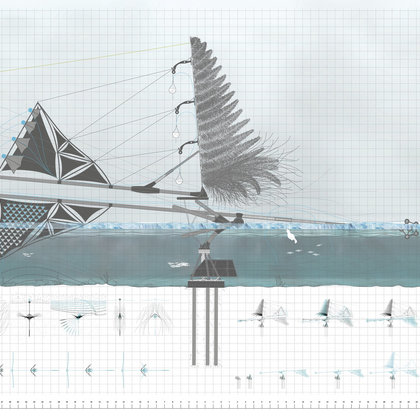 The Device while frozen station 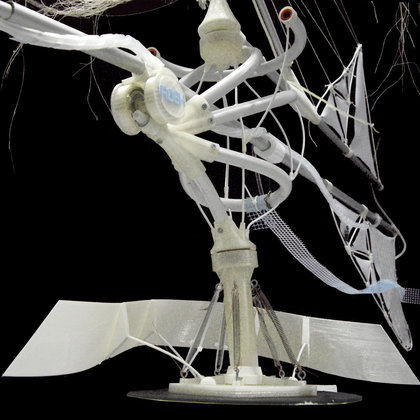 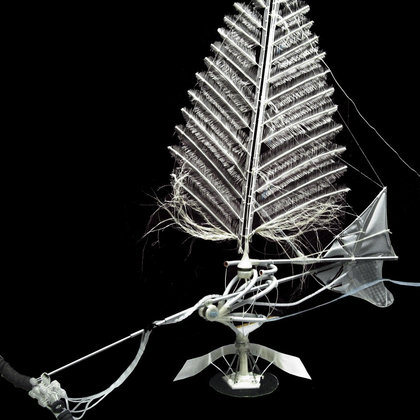 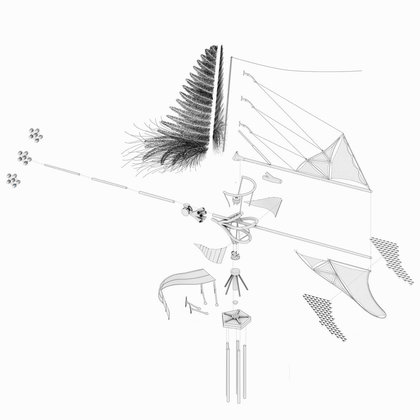 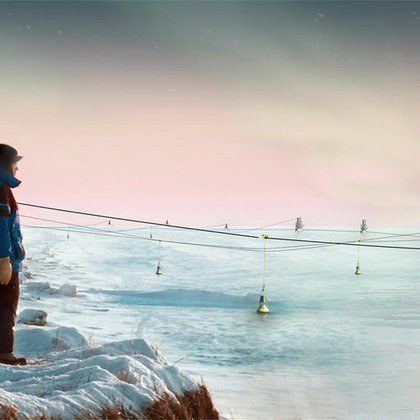 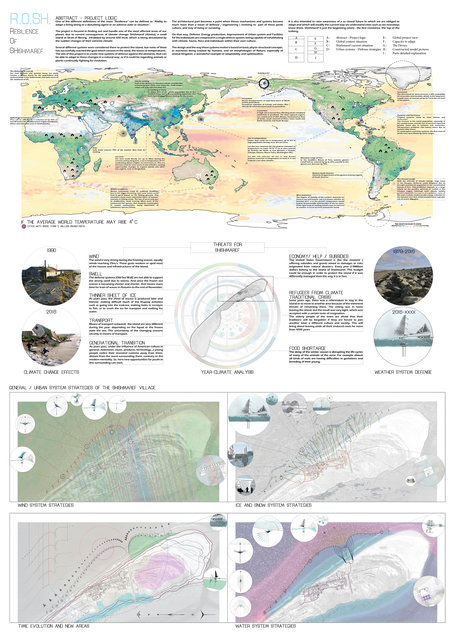 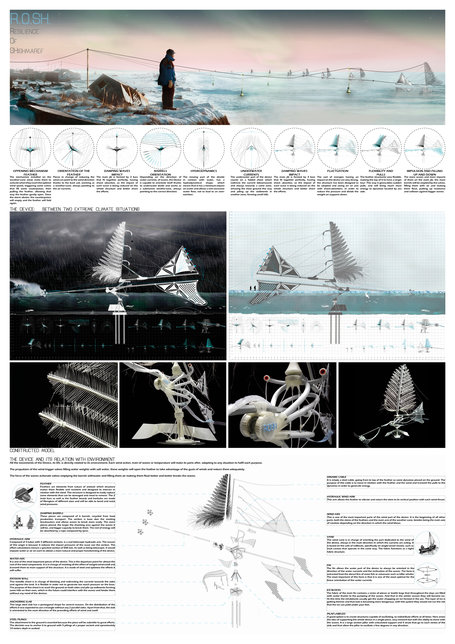