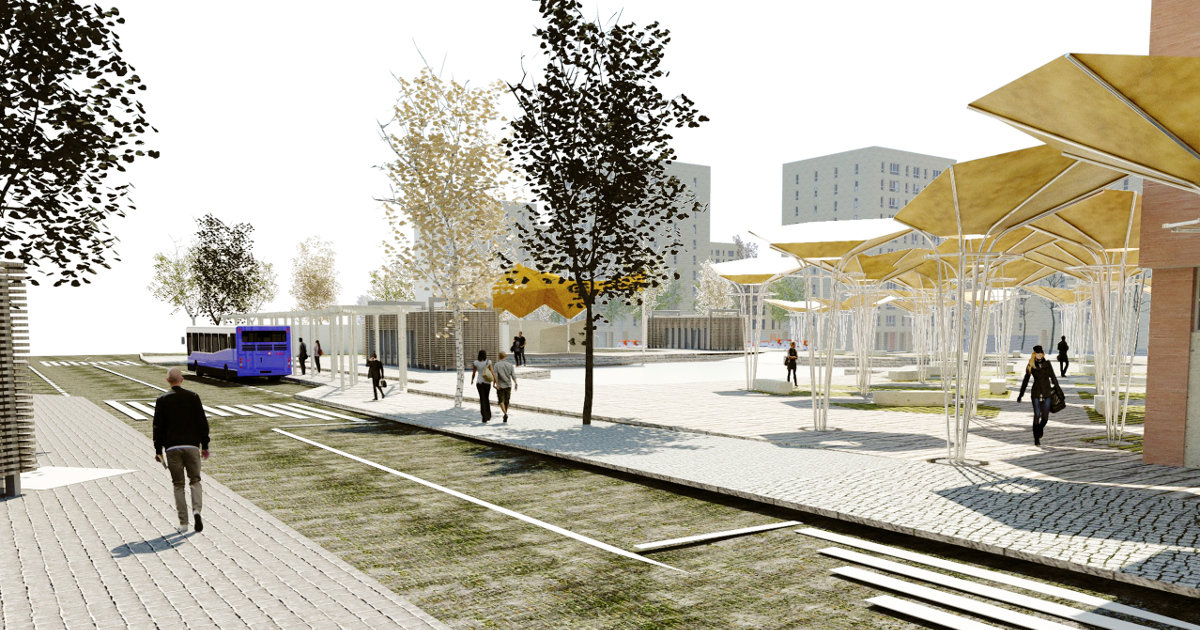 The project raises a proposal of Urban Regeneration in front of the urbanistic problem that presents many exterior areas of Spanish cities that grew rapidly during the years 60-70.The neighborhoods are developed through urbanistic stamps . The area between buildings is mostly paved with no apparent use. This type of spaces present a state of conservation and maintenance quite deficient. The nearest square represents the centrality of the neighborhood. In addition the representative buildings present an architecture similar to the rest of buildings, and the urban landscape is the same as in any other place.The commercial activity of the neighborhood is not very productive because it is ungrouped and with a lot of distance between buildings.The proposal is based on 4 basic, related and complementary, actions which are the following: 1.Reinforce the centrality and endow the Architectural Identity of the Square 2.Re-interpretation of space between buildings. Subdivision of the ground and returning the extensive public area (unattended and without apparent use) to the habitants of the neighborhood. 3.The subdivision will make existing shops in the lower ground of the buildings are even more isolated, so it is necessary to group them around the square, reinforcing the centrality of it.4.the area currently used for parking will be reduced. Proposing a change in the mobility of the neighborhood, through a new system of community mobility based on the Car2Go system

The project proposes an inventive regeneration strategy for a degradated peripheral neighborhood in the South of Madrid. What if we could erase the whole useless public space system to rethink it in terms of sostenibility, participatory management and public use?. The research formulates both a new public space design and management that address different scales of intervention by taking into account Usera’s social, economic, cultural, vernacular, historical and environmental conditions. 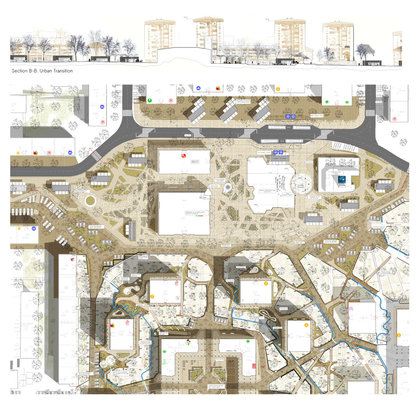 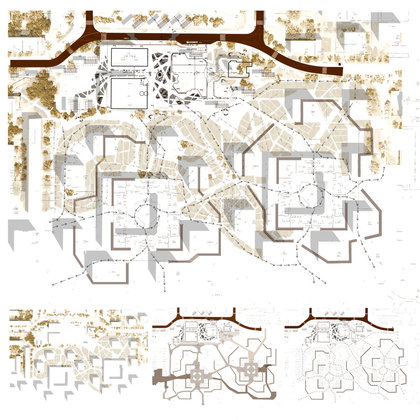 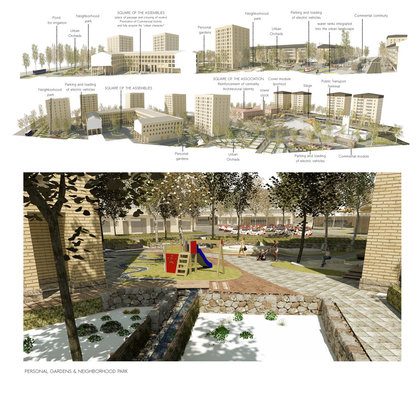 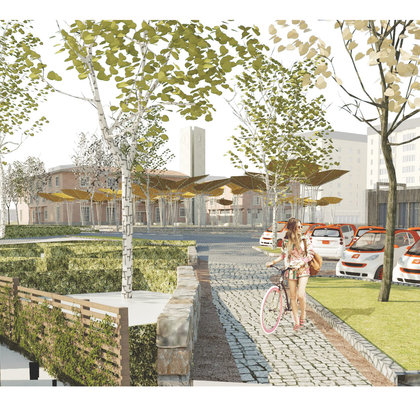 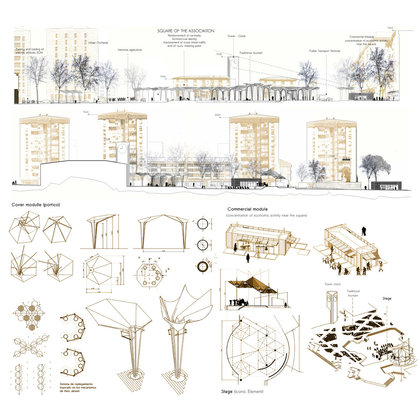 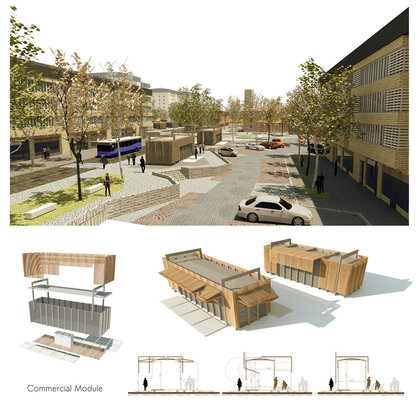 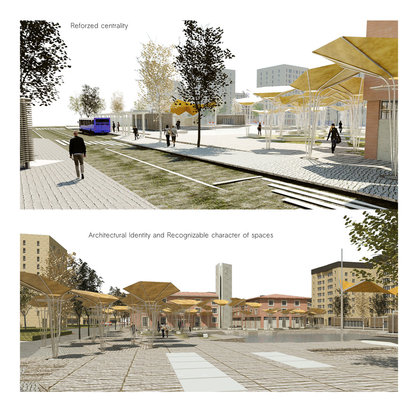 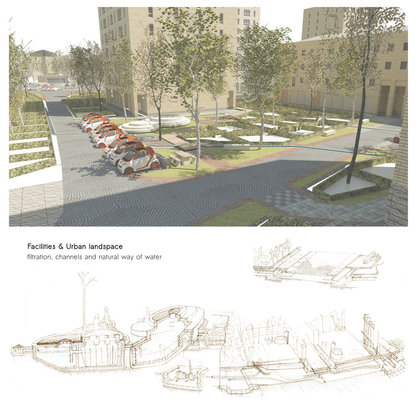 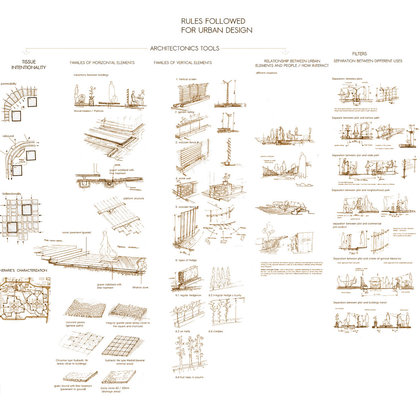 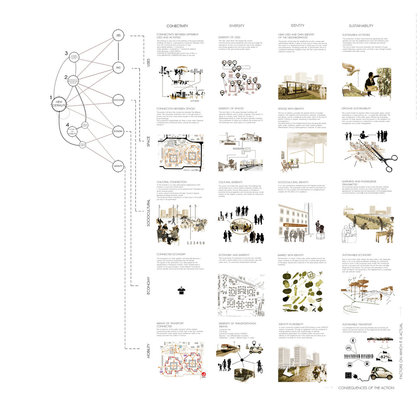 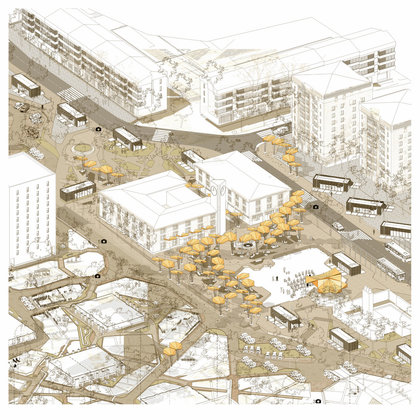 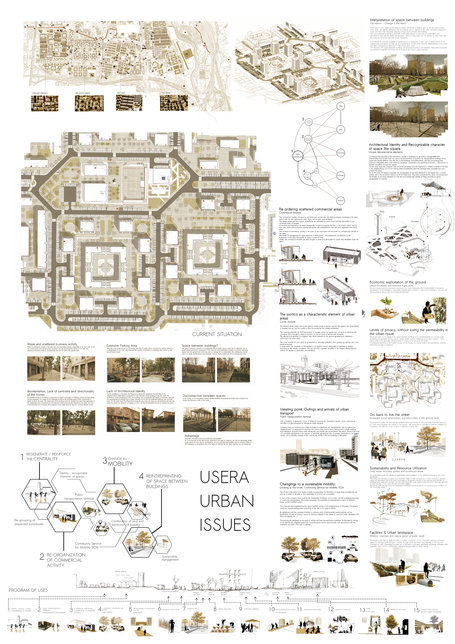 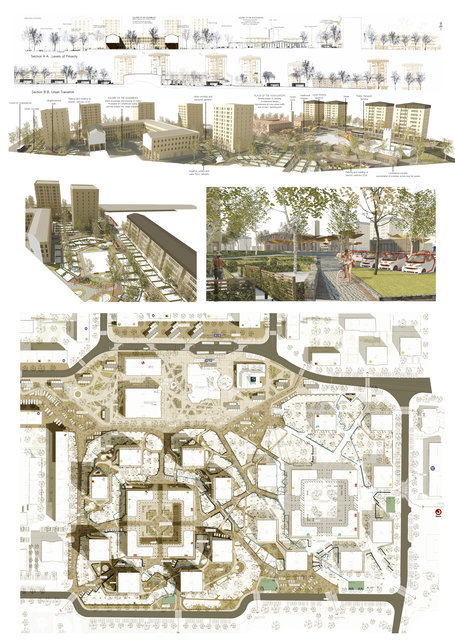