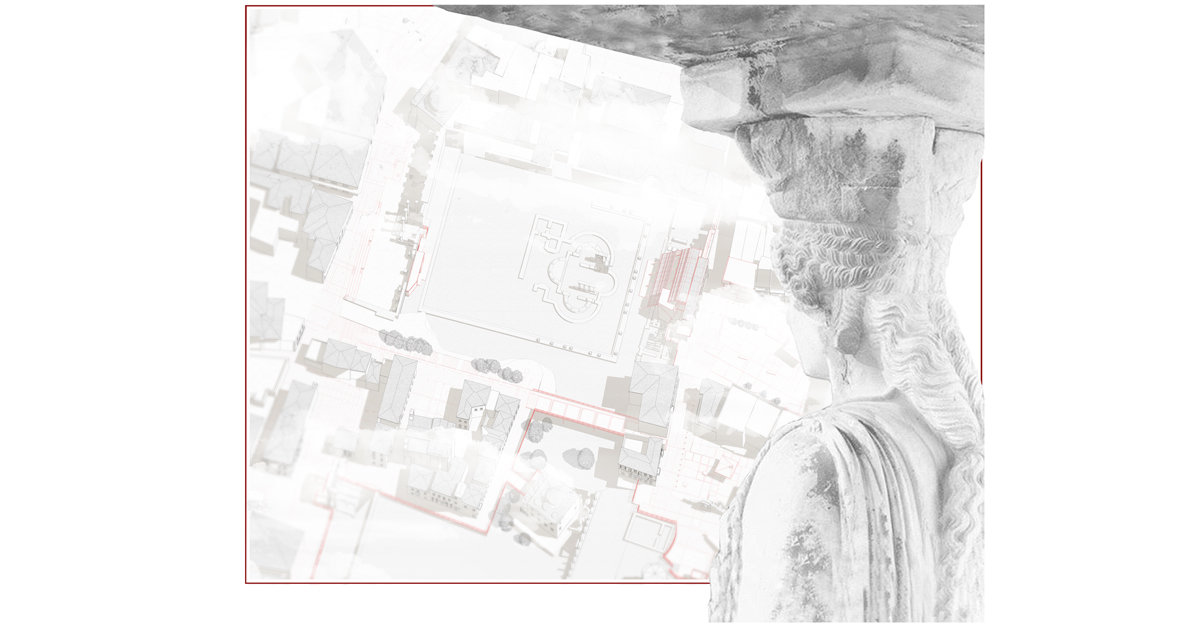 "Palimpsest dialogues" is a case study in Athens historic city center that focuses on the restatement of the existing relations between archeological sites and active public spaces. Not only a space but mentality issue as well, regarding the perception of urban experience. Ancient findings witness the existence of a rich history and a palimpsest that formed the relations at the built environment. This palimpsest typifies/characterizes the athenian urban fabric. Aerides is the area that roman period has left behind and forms the limits between Plaka and the modern city as well as to the ancient Agora.
The thesis manages the western and eastern axis of the archaeological site consisted by Hadrian’s library and roman Agora. On the western, is attempted the correlation between the central gates of roman Agora, Hadrian’s library, Monastiraki square and the ascension to Acropolis hill. On the eastern axis is formed a complex of successive spaces that aim to improve public spaces’ flow. Contribution to this, of vital importance, plays the successive chronological stratigraphy of the area that forms the palimpsest.

“The Vitorakis-Raat proposal for the roman agorá and Hadrian’s Library in Athens,was elaborated through a fully integrated fusion of thought, drawing, city planning and architectural choices,with the aim of bringing the archaeological substructure to the surface, as a living part of the modern city” Nikolaos Skoutelis 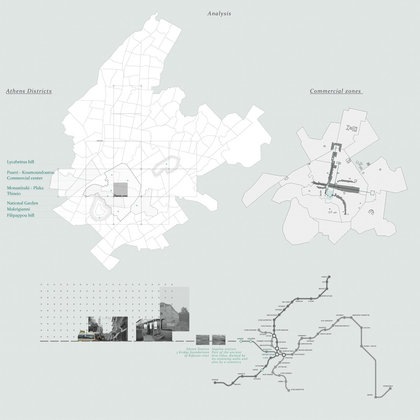 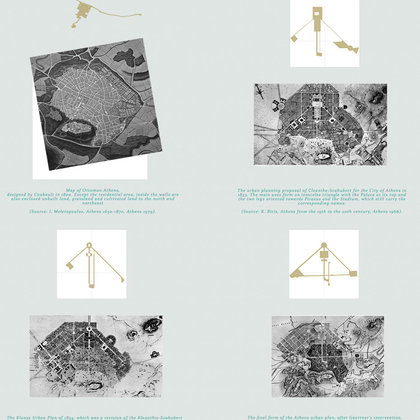 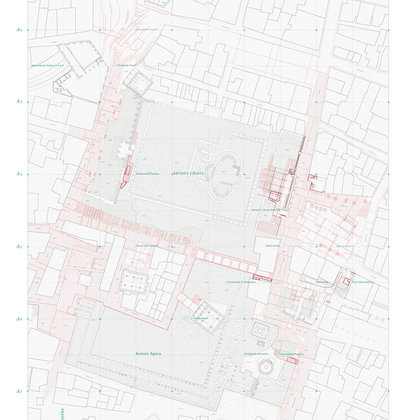 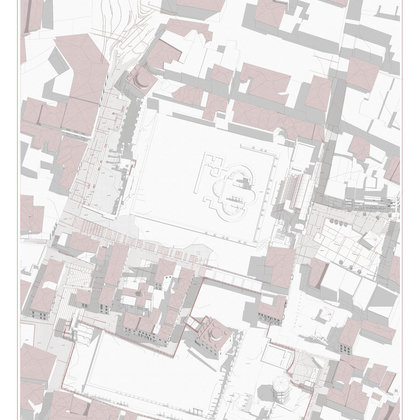 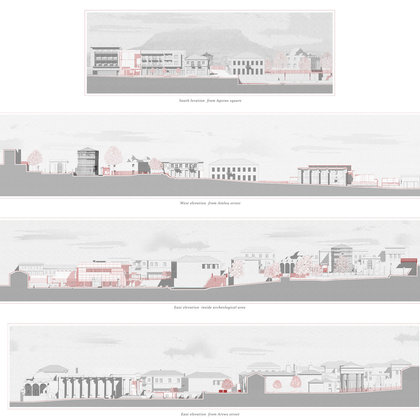 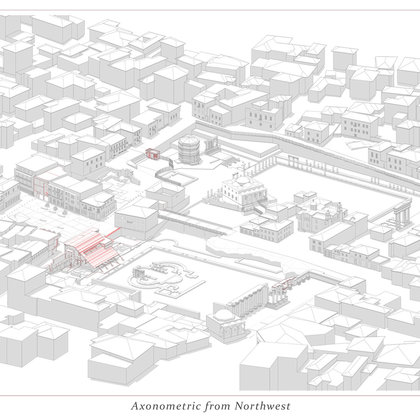 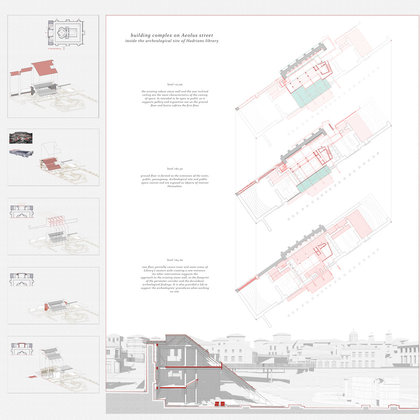 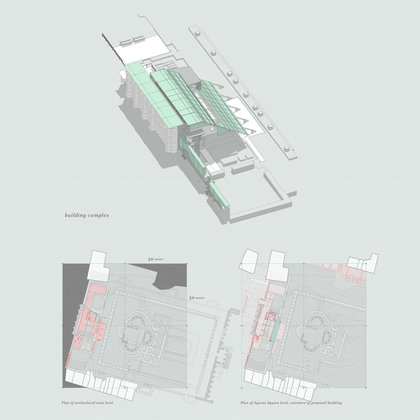 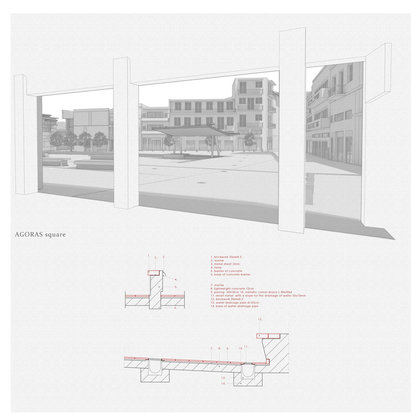 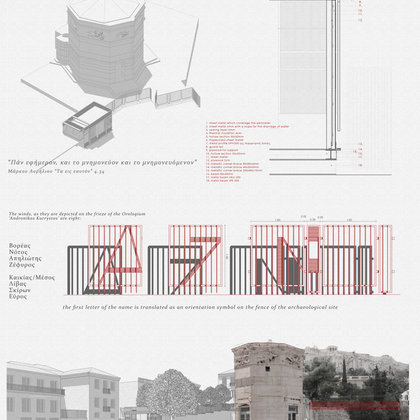 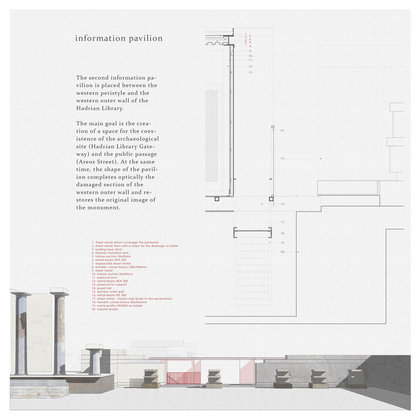 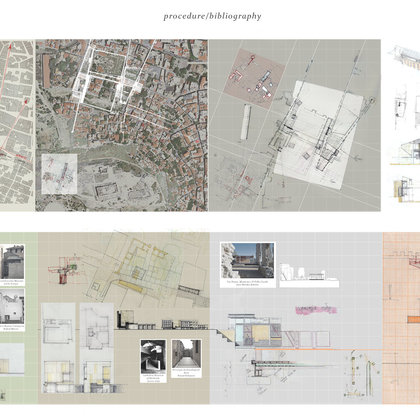 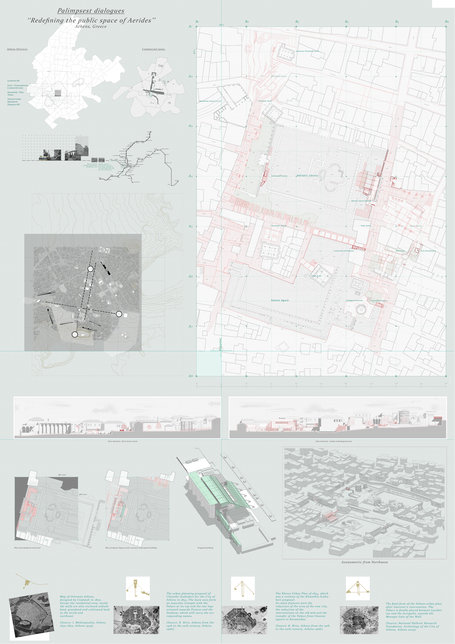 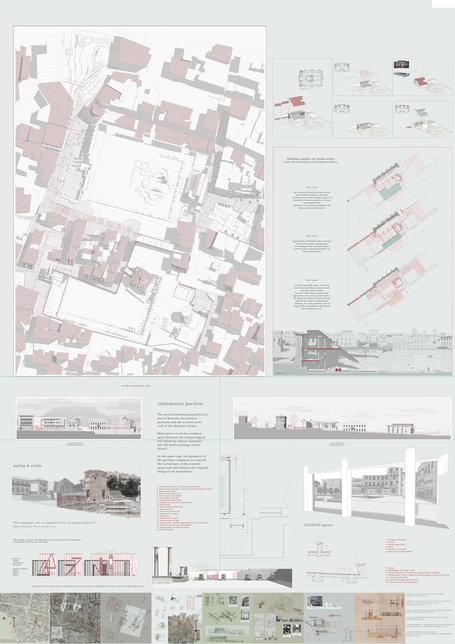