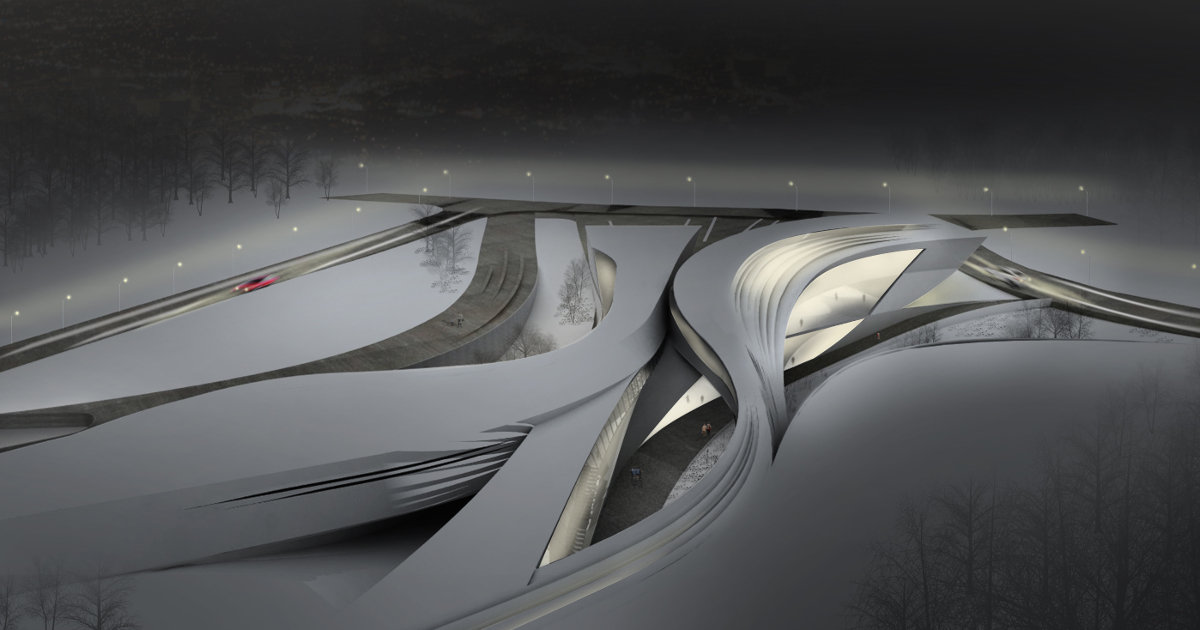 The motivation of this proposal arose through the fields of neuroscience and psychoanalysis, and especially from the point of view of neuroplasticity, which refers to the ability of the nervous system to adapt its structure and function, as a response against the multiformity of the environment.

The aim is the creation of a system which will promote in a functional but also morphological way both the learning and architectural experience. This system, through mental training, will achieve the recovery of patients from injuries or other neurodeteriorating problems of the nervous system. The aim of the system is to adjust the activity of certain parts of the brain and cause changes in its activity through learning and experience.

The morphological approach has been made according to the anatomy of the neurons, which consists of the soma, a central part which includes the nucleus of the cell, the dendrites and the synapses.

For the promotion of the form, the areas where the nucleus of the activities are situated, are raised forming convex surfaces, while the parts of the surfaces which border with the nucleus, form concave surfaces. The nucleus are then connected by flowing incisions which makes possible the communication between them. The form appears to be rising from the ground and makes uncertain the boundaries between the natural and the man-made, offering the user a flowing course in the place where it offers at its every point a different experience and view of the environment. 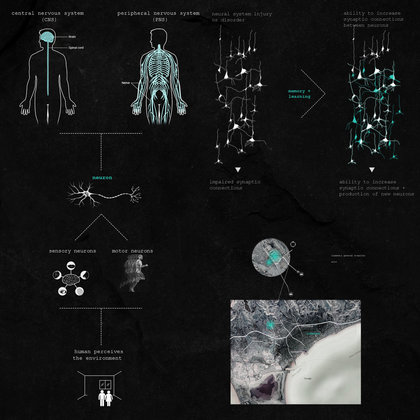 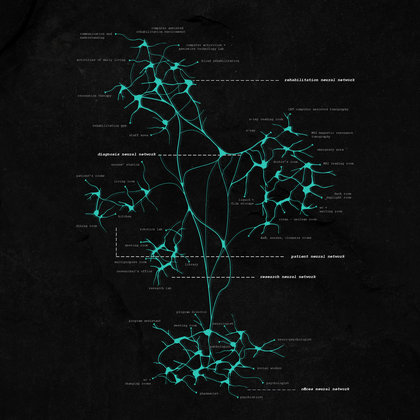 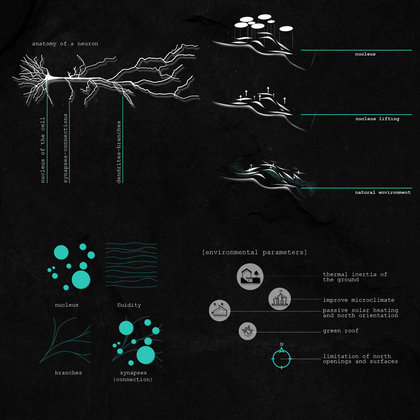 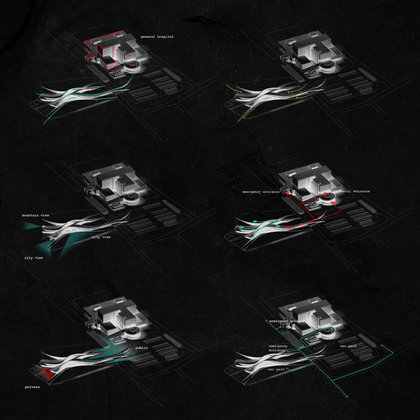 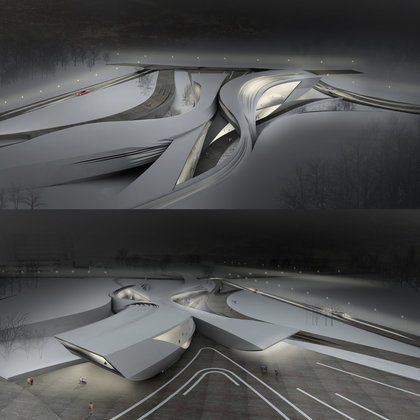 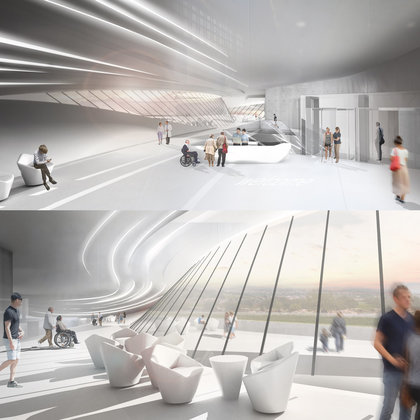 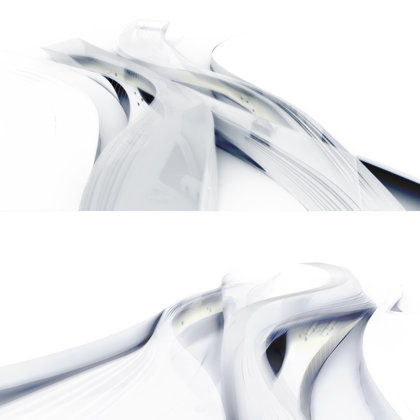 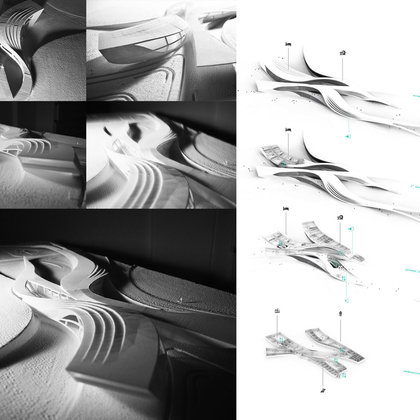 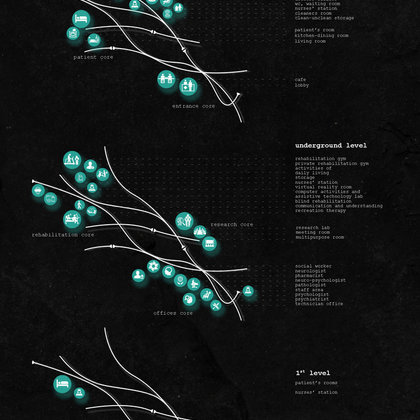 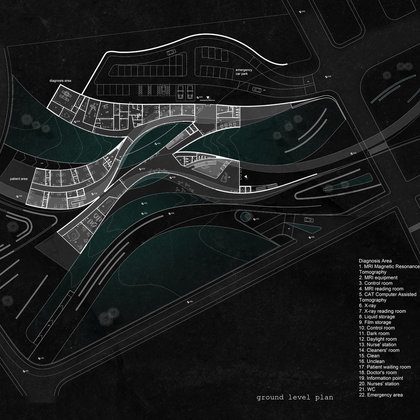 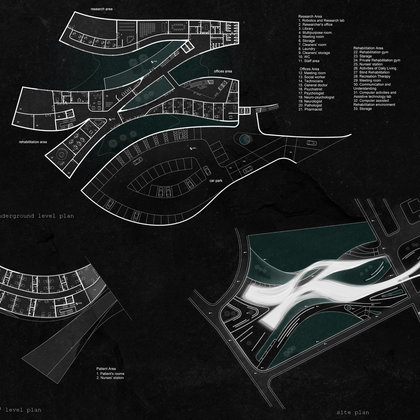 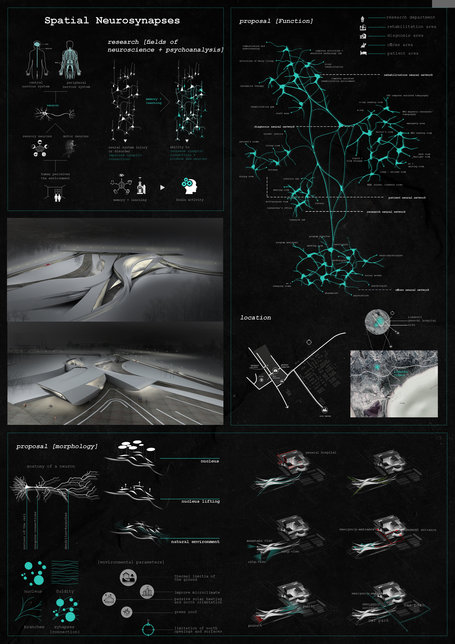 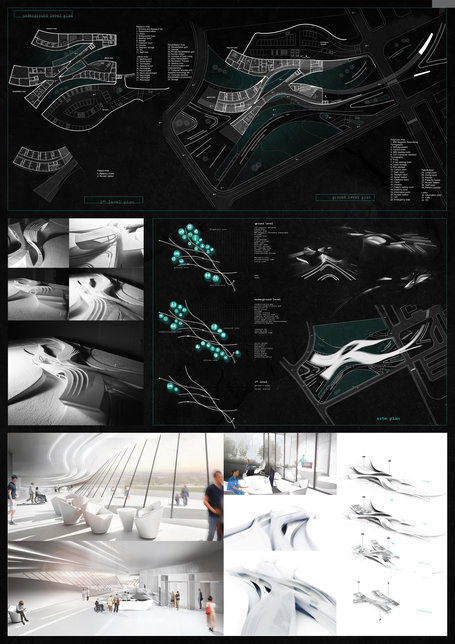