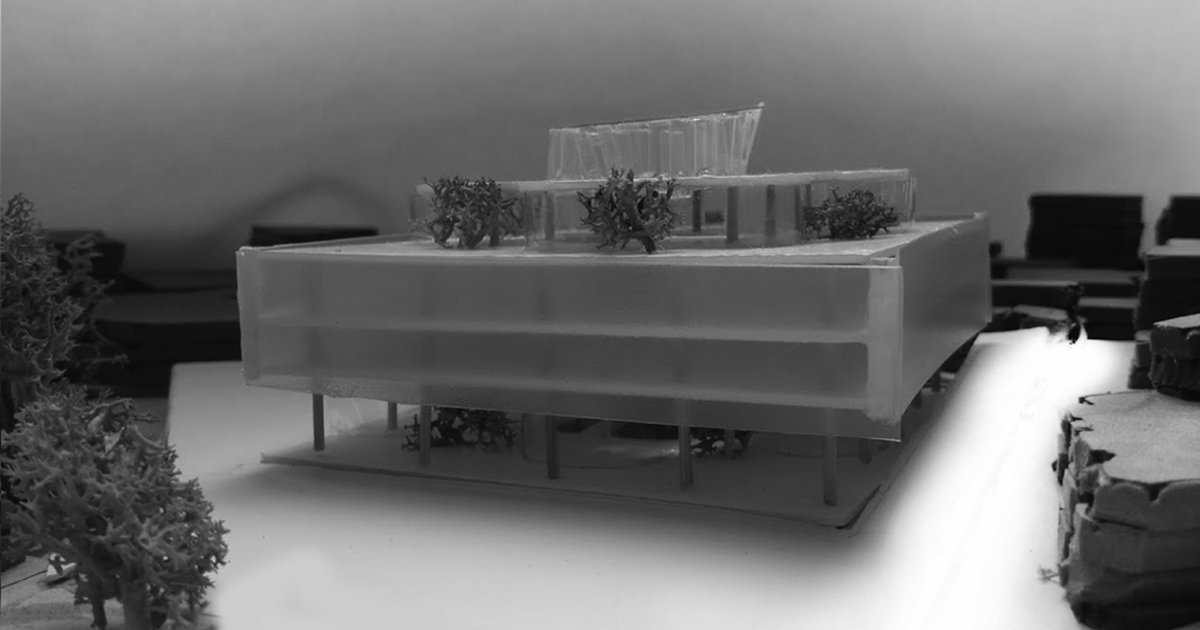 Project is located in a neighborhood with many historical buildings in Besiktas, Istanbul. Site is suitable for a city library where people would associate; who are living within the city, or visiting the city. To bolster up the idea of gathering people together in the specific place, an urban void is essential which answers that need for people through passing by, meeting or entering the building.
The concept of the project is to create a feeling of entering into a different world when the users enter the building by knowledge growing through intersection of building and people. That feeling is created by using solid forms and linear lines in exterior spaces; fluid forms and curved surfaces in interior spaces. Interior spaces are planned to be experienced with a central organic formed atrium, in opposite to the exterior solid formed shell. The atrium is outbursted from the building to create the feeling of knowledge flooding through the building.
Transparent concrete is used dominantly to provide transparency between the surrounding and the building. It is used especially in the shell. Because of its location and function, the building is expected to be used intensively day and night in Besiktas. In parallel to this, the building is planned to be a symbolic structure through the utilization of transparent concrete with transmission of light. Also transparent concrete is used both internal and external spaces to ensure integrity. 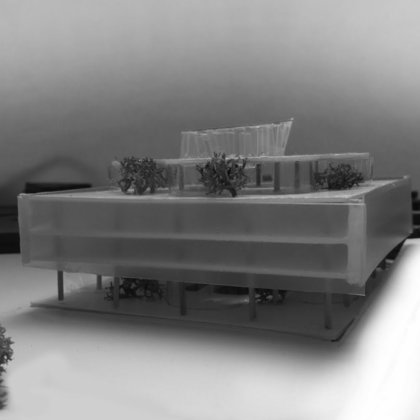 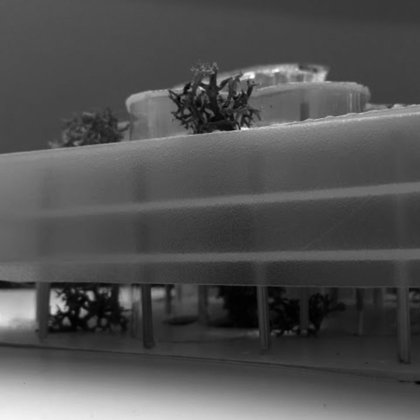 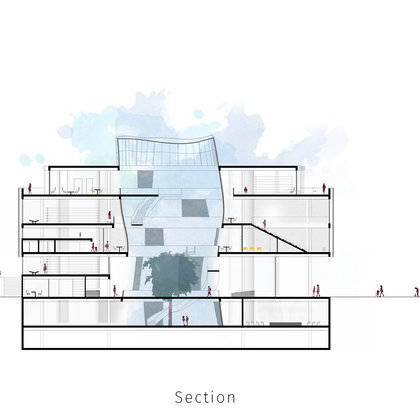 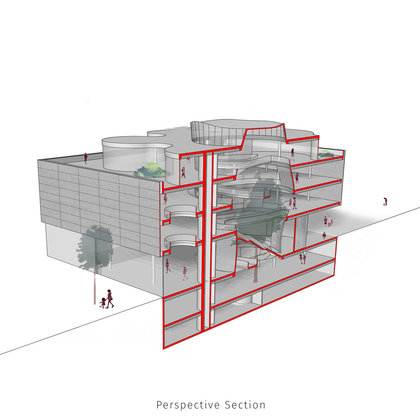 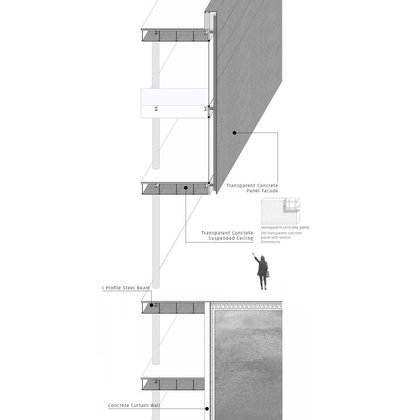 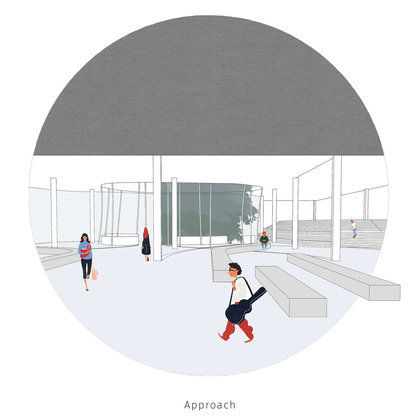 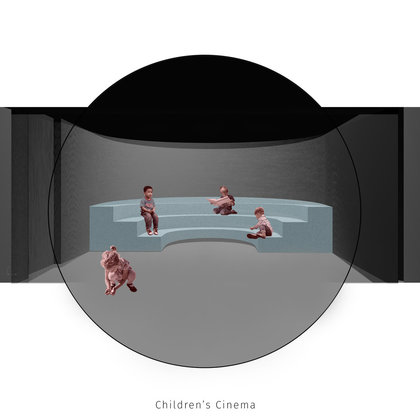 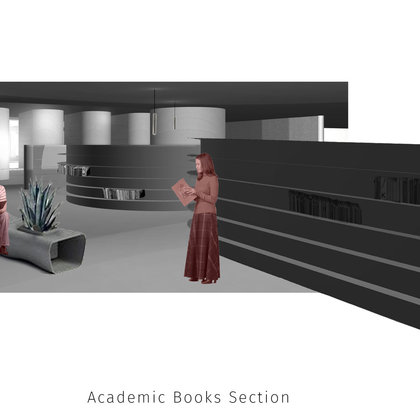 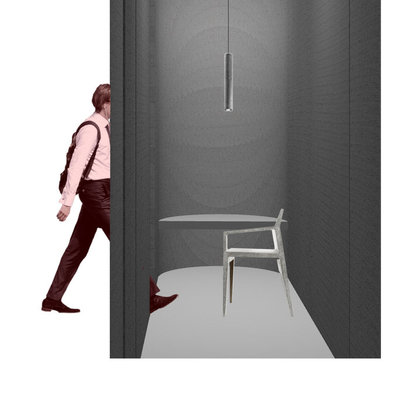 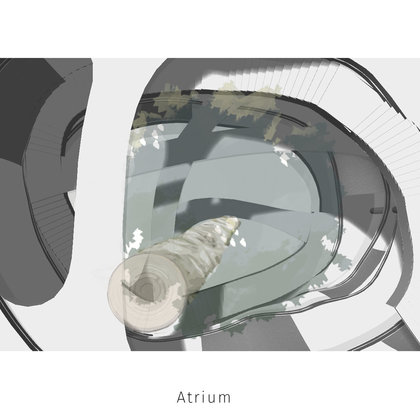 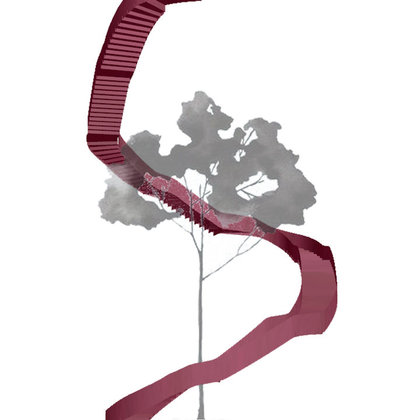 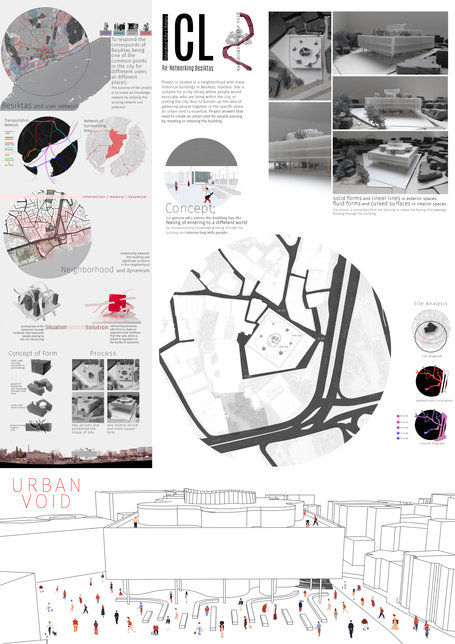 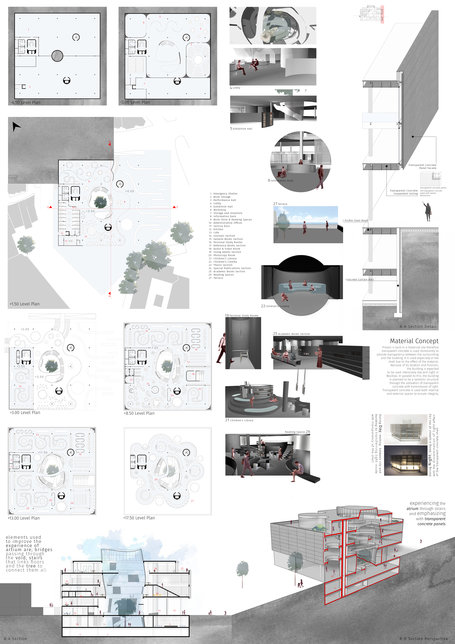