by Pamela Resuli from Polytechnic University of Tirana, Faculty of Architecture and Urbanism, Albania
Tutored by: Florian Nepravishta 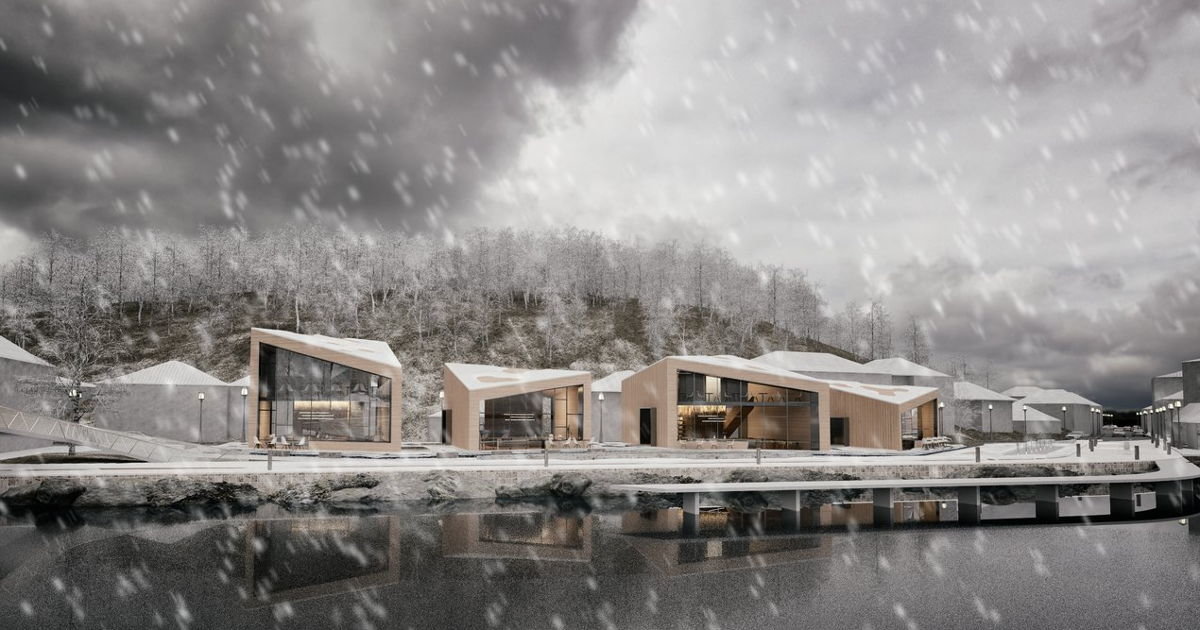 The Lin’s village is situated on Lake Ohrid. The project consists on proposing the new Lin’s Waterfront, by adding new functions and squares containing two main centers, the new and the historic one. Since the village has a great density of residential buildings, the proposal of a square in the center is considered important. The main square of the historic center is proposed in front of the existing church. Parallel to the square is proposed the Museum which has a linear composition . It is composed of three fragments, treated in various materials and functions. In order to be adapted with the surrounding objects, the last part of the museum has a roof with a transverse orientation, while the two other parts are linear toward the lake. The first part of the museum has a transparent glass facade to make the entrance more inviting. According to the project the proposed retail objects respect the linearity of the existing houses. The diagonal crossings along the square give dynamism to the public circulation. Transformed roofs are considered to be a connecting element between the shops. They also maintain a high transparency to the lake, through their glass facades. The hotel is positioned at the end of the proposed waterfront. It is composed of three volumes, two of which follow the existing objects lines, while the third makes the connection between them. According to the conceptual design, the three modules have a unified facade using wooden shutters. The parts of the building that divide the modules from each other are used to bring natural light in the hallways inside the hotel. 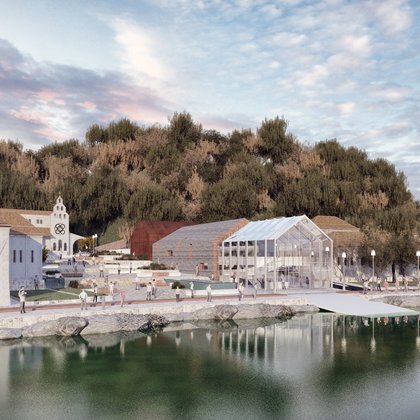 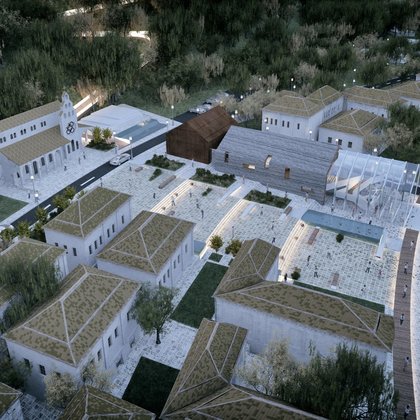 The composition of the new historical square 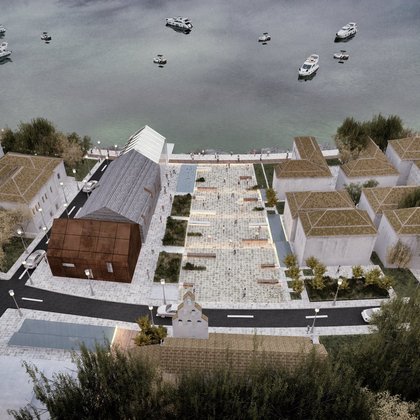 The view from the ancient ruins of the basilica, from the hill 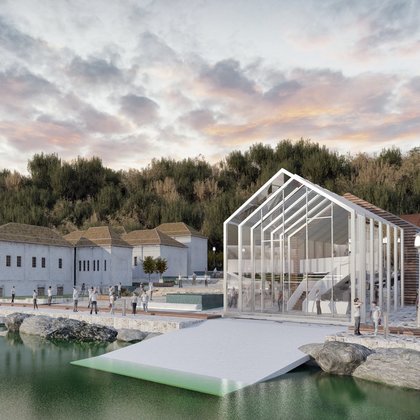 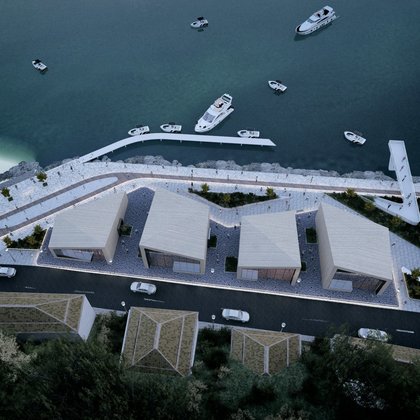 The view of the new retail center composition 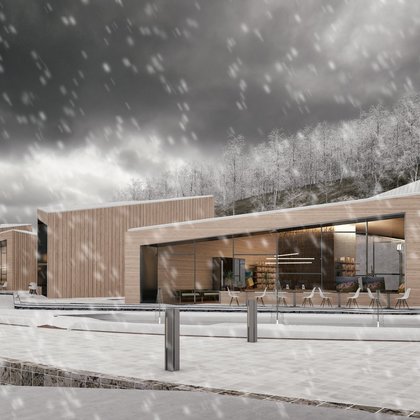 3D view of the Retail Center 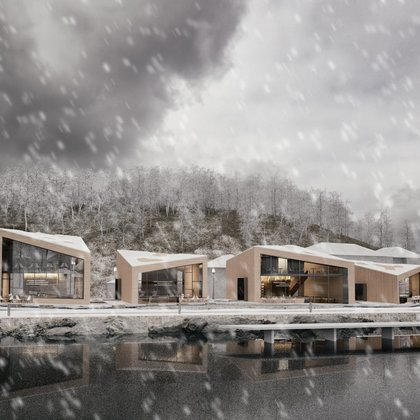 Transparency of the new shops toward the lake 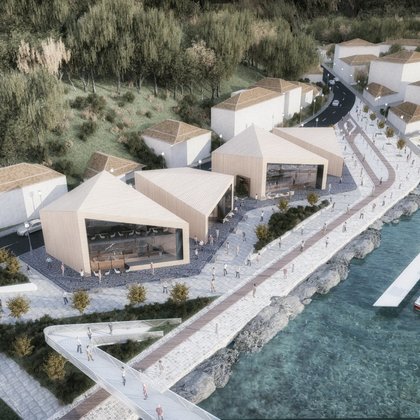 The shops are positioned into a 3 scale platform 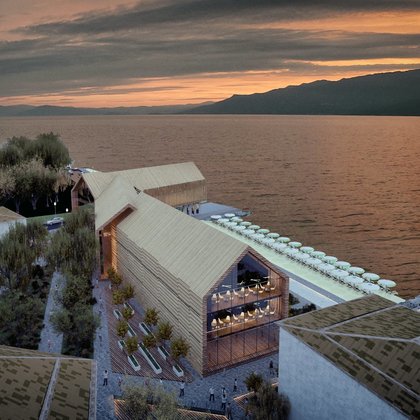 The hotel is composed by three main volumes 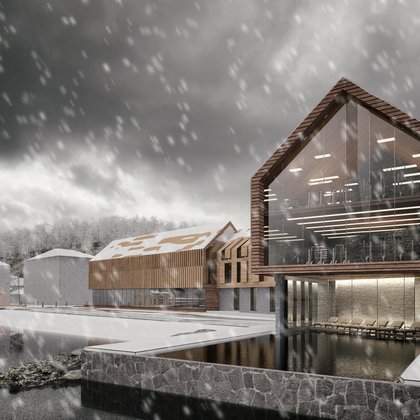 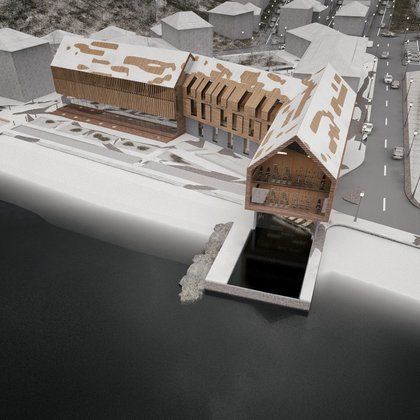 The object ends into the lake with an infinit pool 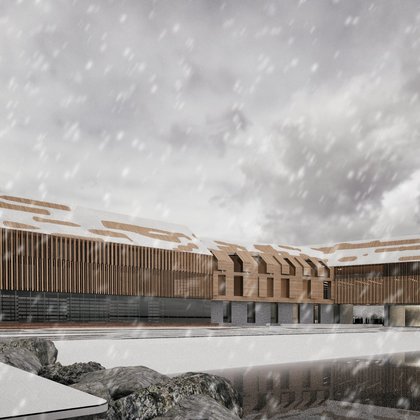 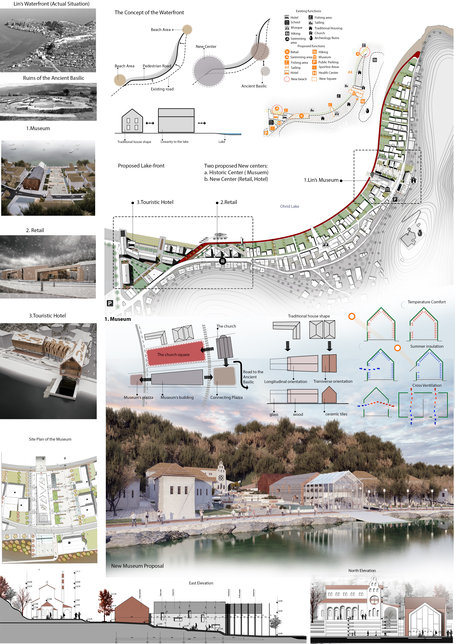 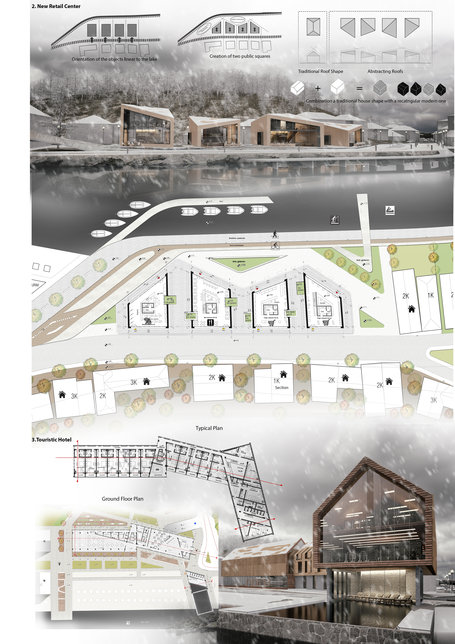