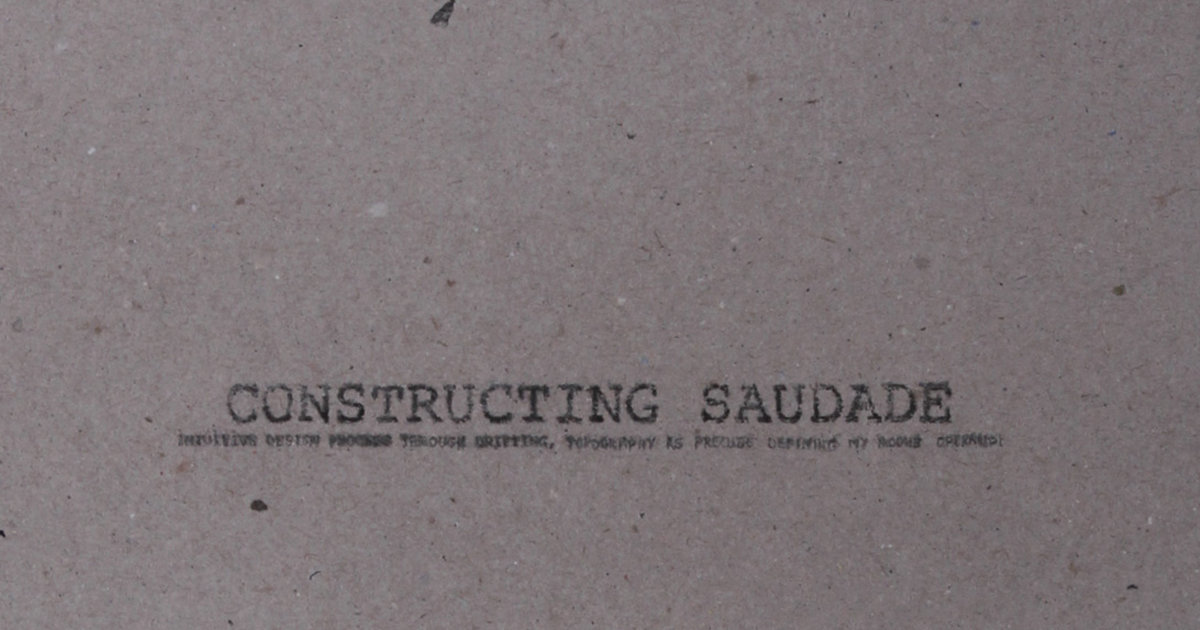 This project finds its origins in an Erasmus exchange with UMinho Portugal. The country possesses a rich cultural history but is now heavily influenced by processes of globalization at the expense of their heritage. Instead of looking for a problem-solving answer to this conflict, the focus is placed on the cultural aspect of this issue. Therefore, the notion saudade is chosen as a representative for the Portuguese culture.
Saudade is a well known phenomena for the Portuguese people, yet for an outsider it is a complex notion with multiple layers of associations and emotions. Never completely accessible, it forms an amalgam of time, lost, death, melancholy, joy, grief, pride and longing.
The whole consists out of a triptych, questioning conventional methods of designing. First, a research about the notion saudade shows how an emotion could get a form as architecture. The reflectional note as an autonomous work proves the importance of writing during the process. Both matters come together into three architectural designs, where the mereological way of designing is taken as the central theme.
The design shows which kind of contribution architecture could give to a traditional culture. In our society, this relationship often ends up with the design of a museum or a cultural centre. Coming from this perspective, I display my role as (future) practitioner. The entire project is made manually to expres tactility, as well as showing the decisive moments between thinking and acting.

The author works very meticulously and responsibly with existing topographies, with his primary sources and their translations into new work that has consistency and depth. He both makes an architecture that comes forth from a cultural awareness and enriches already existing cultural patterns by the making of new architecture. 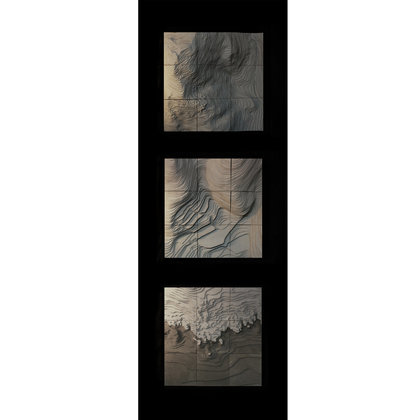 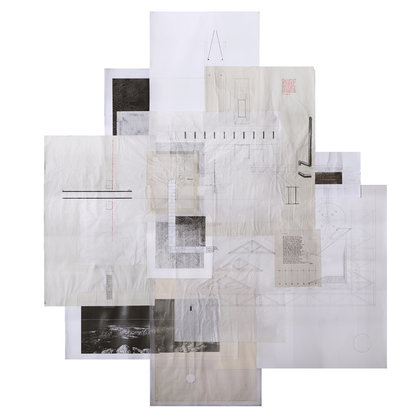 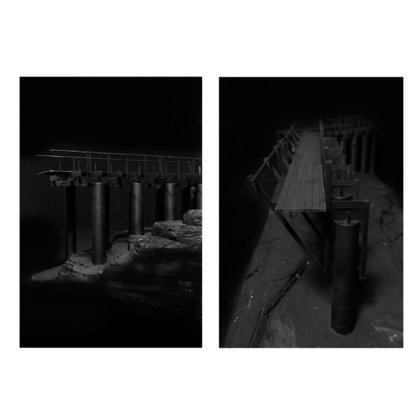 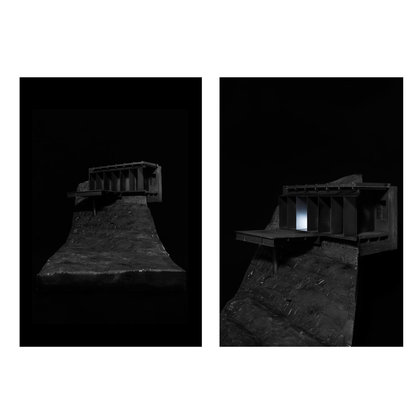 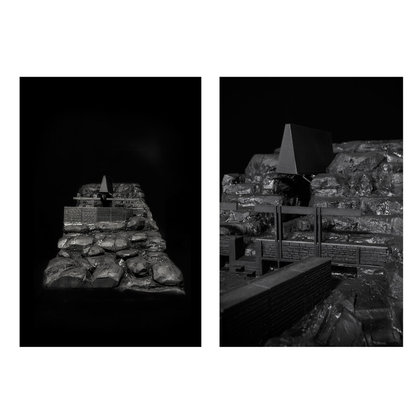 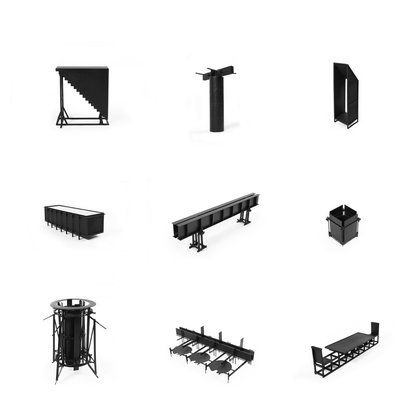 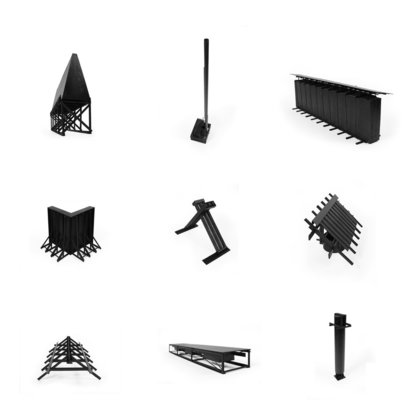 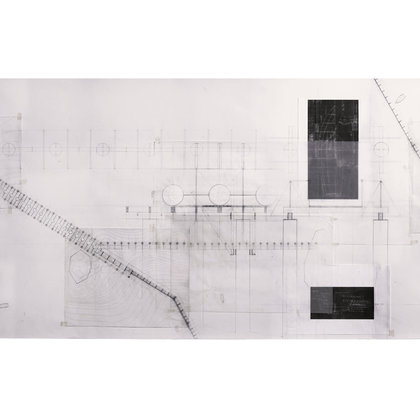 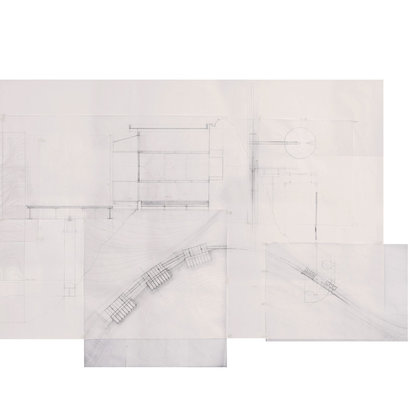 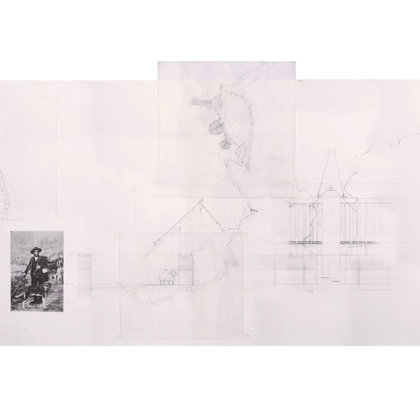 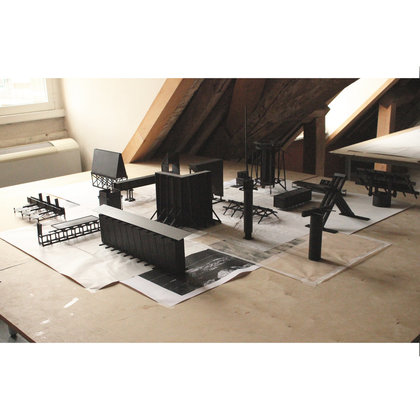 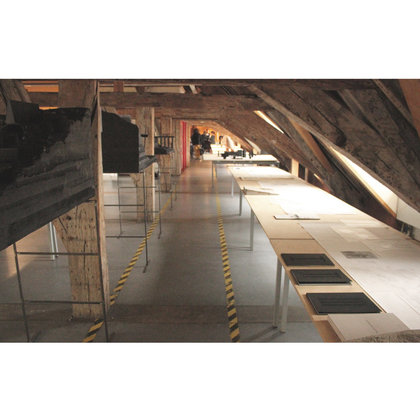 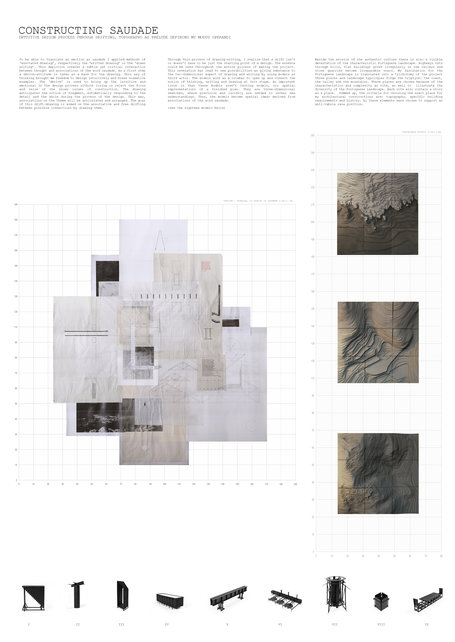 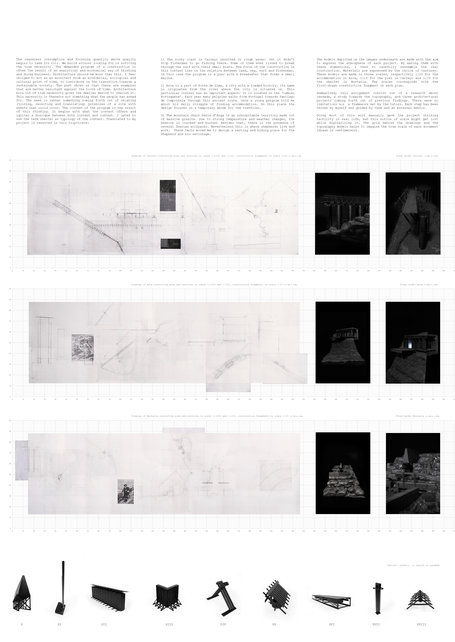