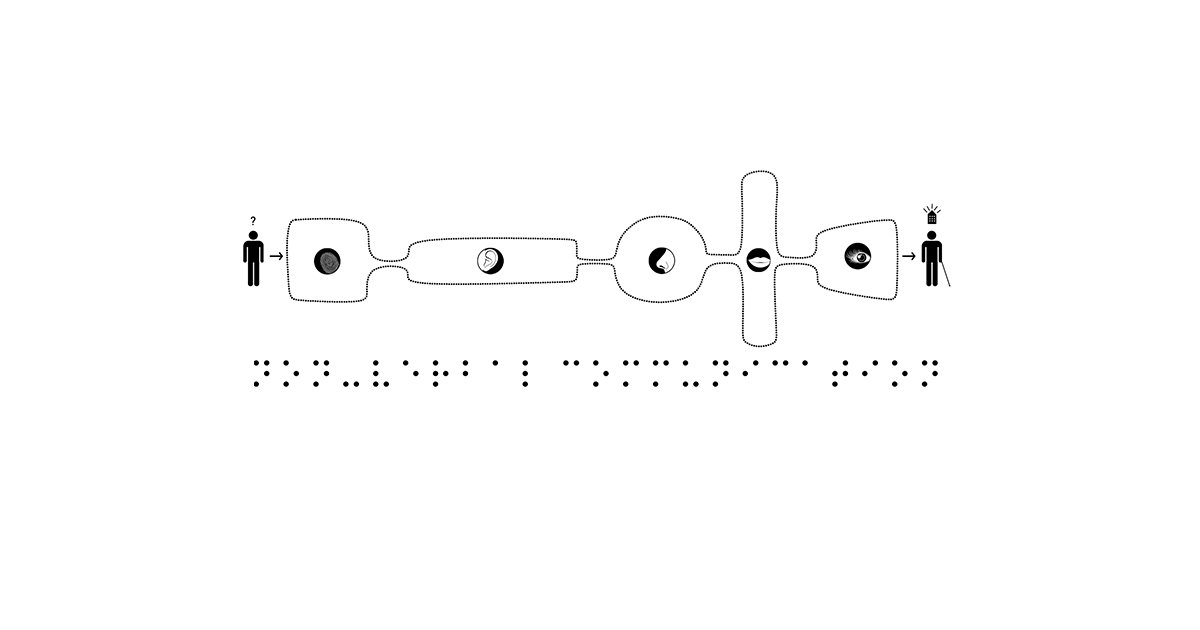 A Non-Verbal Communication Center is an architectural project designed primarily for someone that is recently blinded, otherwise sensory impaired or at last anyone interested to visit.In it’s essence it is a sensory training facility. An architectural and spatial instrument which can aid the process of learning to live with sensory disabilities and train to develop the other intact senses to a high degree. It is consisted out of four primary spatial wholes.
I. “Visual” program
II. Tactile program
III. Acoustic program
IV. Olfactory + Gustatory program
Architecture is not merely a discipline of the eye, even though the dominance of vision is clearly evident in the way we create our built environment. Space has more than four dimensions. I would argue that for us, human beings, space has at least nine, because our human bodies have developed five instruments of spatial perception: sight, touch, hearing, taste and smell. We can measure and sense five different qualities of space, respectively them being: visual, tactile, acoustic, olfactory and gustatory.
Each of the four training programs developed in this project contains “classroom”- like environments where one can practice and learn how to recognize and understand the built world around us. Connected, but distinct spatial scenarios enable the connection between what one feels, but is unable to see. The Non-Verbal Communication Center is located on the banks of river Spree in the metropolitan heart of the city of Berlin. 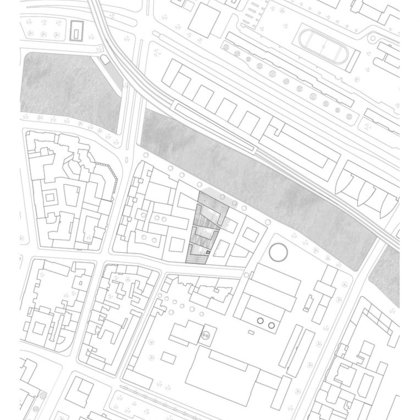 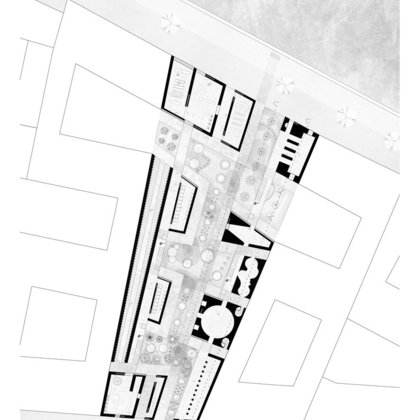 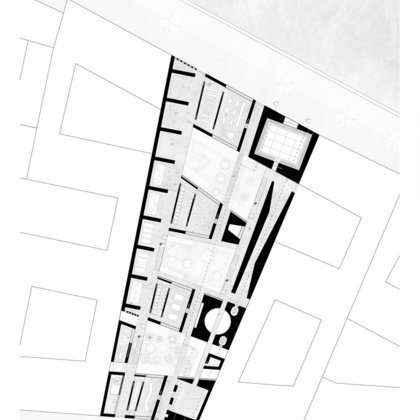 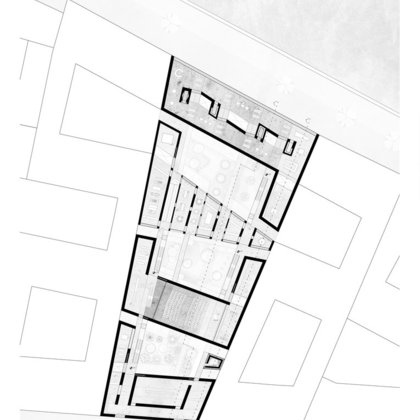 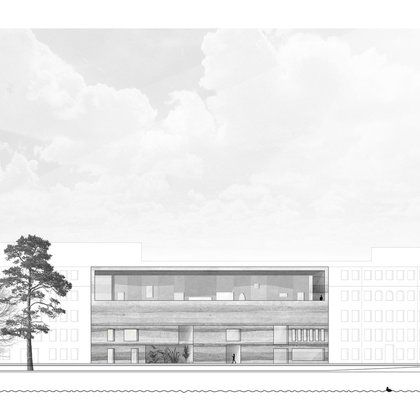 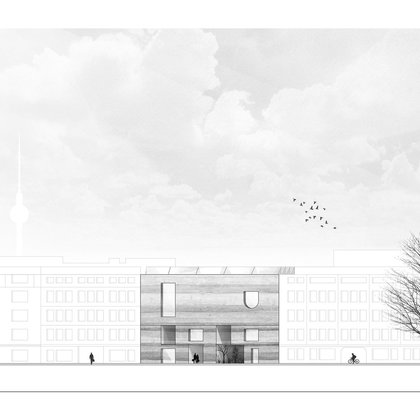 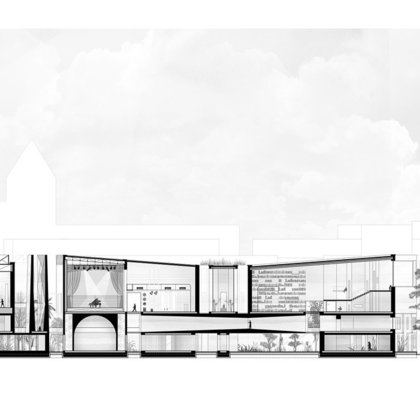 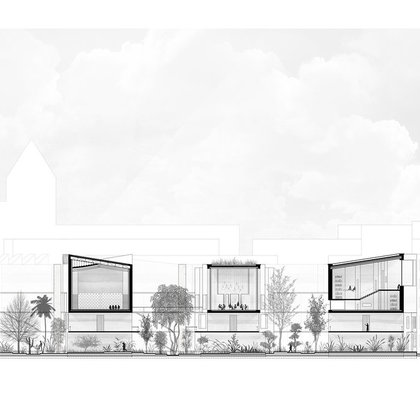 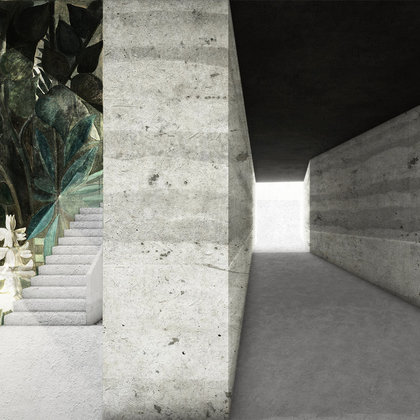 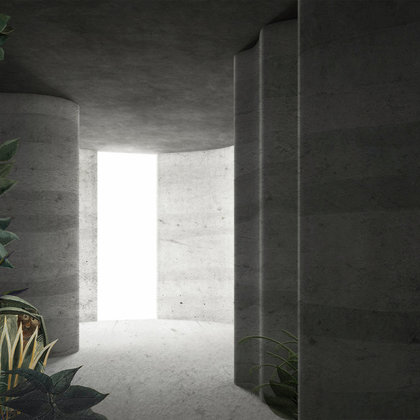 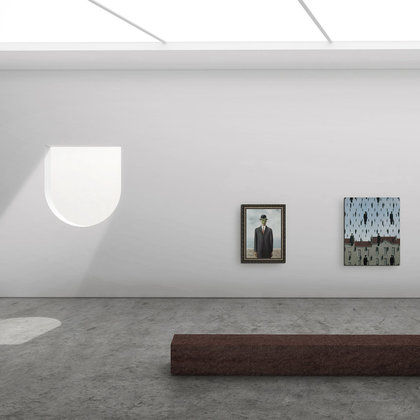 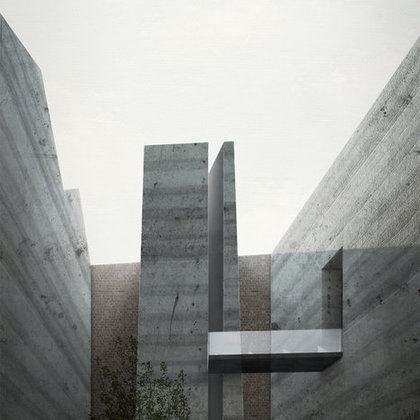 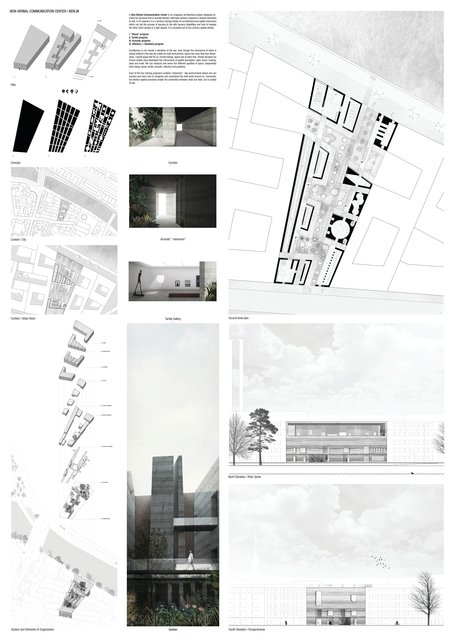 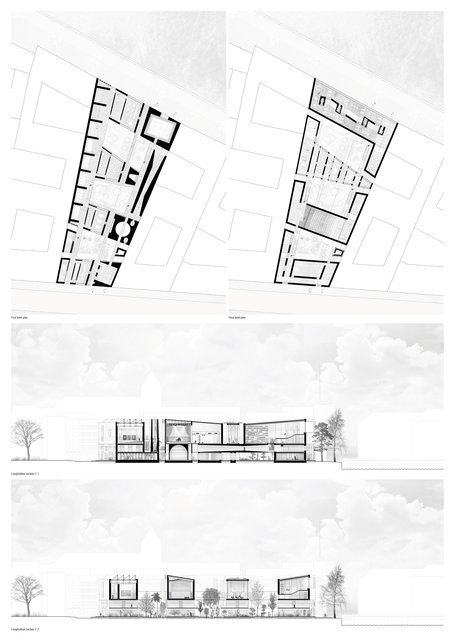