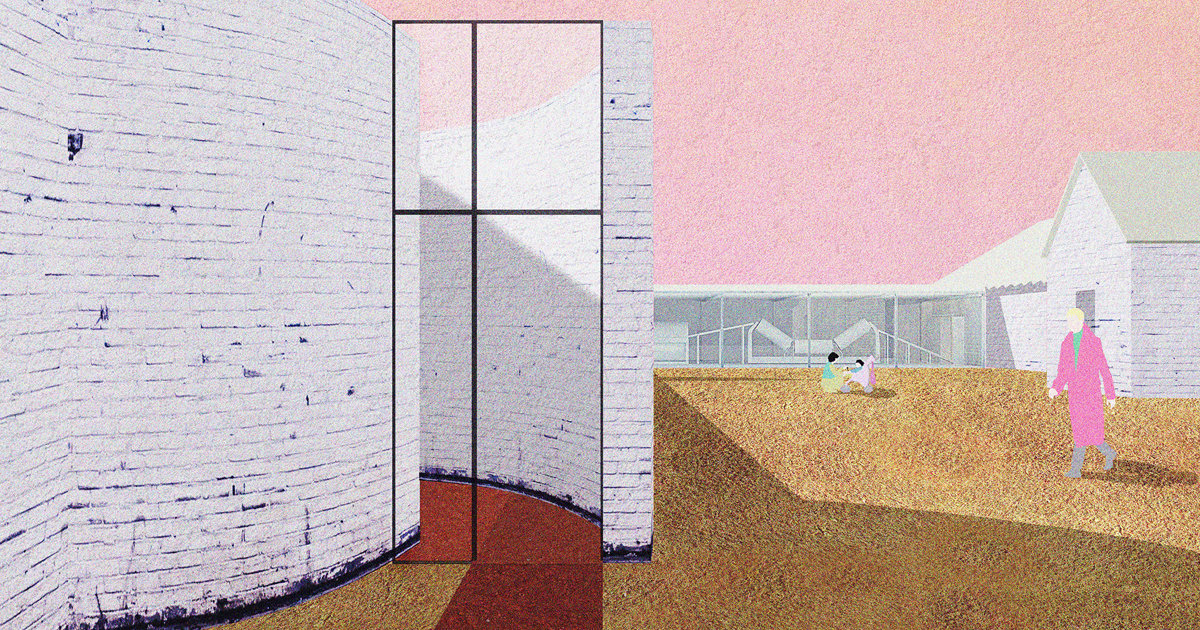 After the fall of Soviet Union and change of political regime in Lithuania, number of places/spaces lost their relevance, part of them were privatized, but some fell into oblivion. The example of communist collective farms, entitled as kolkhozes, represents one of these situations. The project raises the question of how could society deal with buildings-leftovers and maintain cultural continuity after the regime has fallen.
Communist period is seen as a rupture, but also as part of history and collective memory. Maintaining cultural continuity and dealing with cultural trauma involves articulation of artefacts, representing the past in the present. Vacant kolkhoz building becomes a tool to acknowledge part of history and unite community around the transformation of it.
The project consists of two stages – The Archive and The Focus. The aim of The Archive is to map 30 former kolkhoz towns in Kaunas region. It evolves into a digital network connecting 30 towns and becoming a living archive which empowers communities to exchange ideas and resources.
The Focus part is a transformation of vacant buildings in 3 selected kolkhoz towns. Each initiative brought into unused buildings challenges the concept of collective(ness) and works as a catalyst supporting local activities. It takes the shape as a public space near vacant office building in Bubiai, community carpentry workshops in former culture house of Kriukai and organic fertilizer factory in abandoned barn near Vandziogala.

This diploma project evidences the candidate’s capacity to think – as an architect – across scales. Her approach „from forced collective to shared initiatives“ is utmost relevant, valid and useful for the settlements in all of the three Baltic countries and other areas that used to be part of the former Soviet Union.
Student has picked an ambitious topic, yet handled it on one hand in a very down-to-earth, at the same time poetic, rigorous, synergetic and imaginative way. It is especially noteworthy that she suggests to build a web blog / digital archive for further digital archiving and networking. Such a network – database to trigger further potential investment – uniting towns that share a similar situation could prove extremely valuable in the region’s socio-demographic context of decreasing rural population, shrinking cities, amount of soviet era leftover building stock...
Through reconstructing, -using, -cycling – ‘upcycling’ – old buildings and their materials, she arrives at a fresh, captivating and architecturally appealing solution that focuses equally on the physical elements (such as walls, inverting them, intruding into them, deforming them etc) as well as the programmatic content of those formerly vacant, abandoned buildings… Through student’s clever inventions they obtain a chance for new life, an opportunity to become contemporary nodes for activity... All this, while they on an overall level, become truly collective in a way the kolkhozes never did. (Assessors) 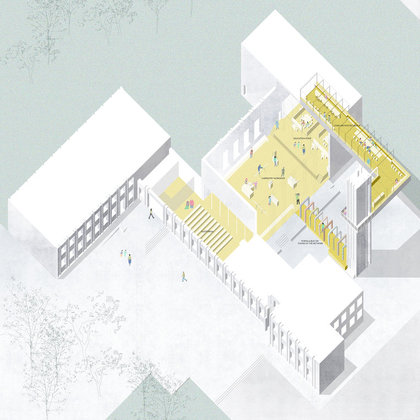 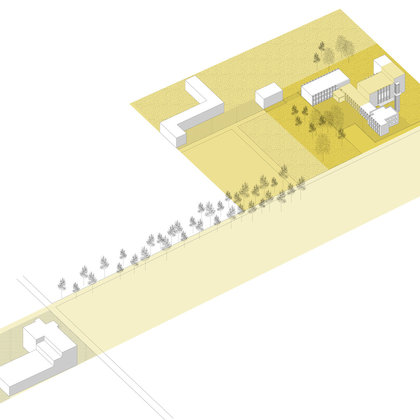 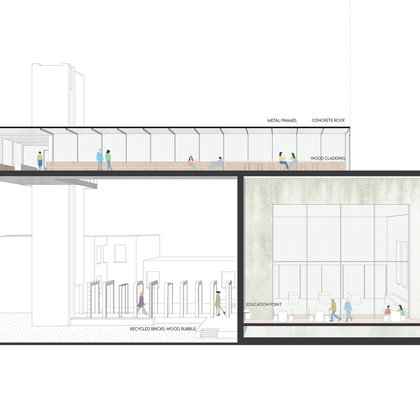 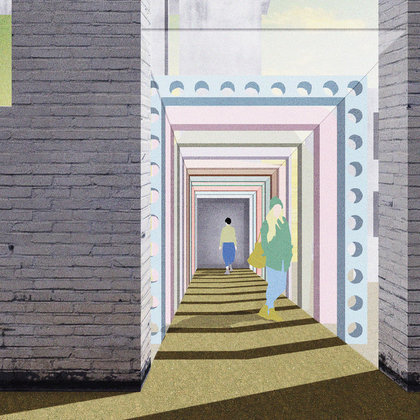 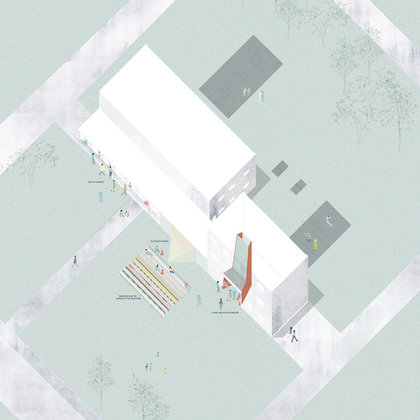 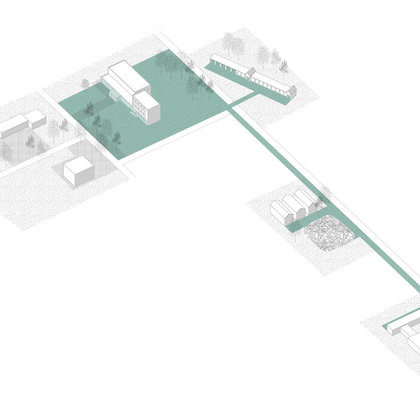 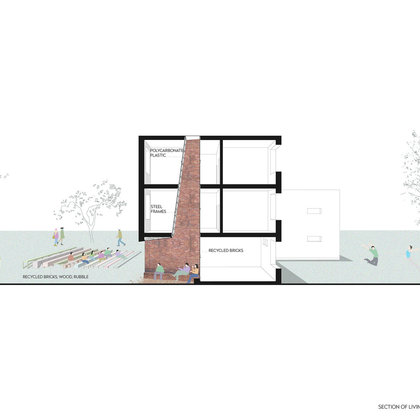 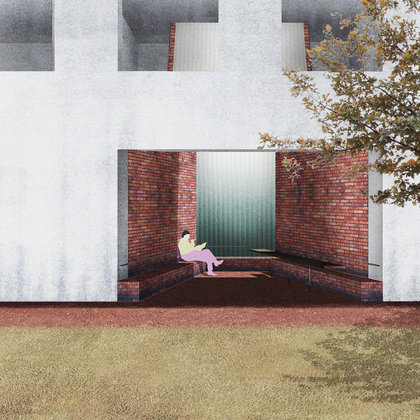 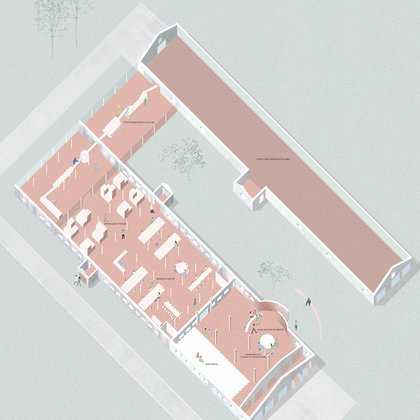 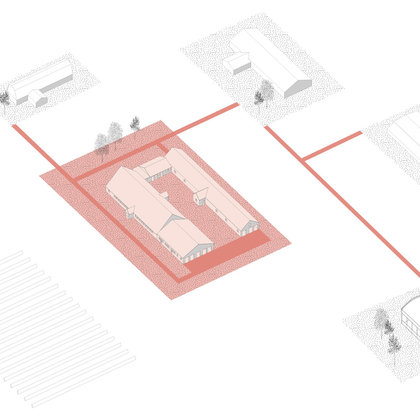 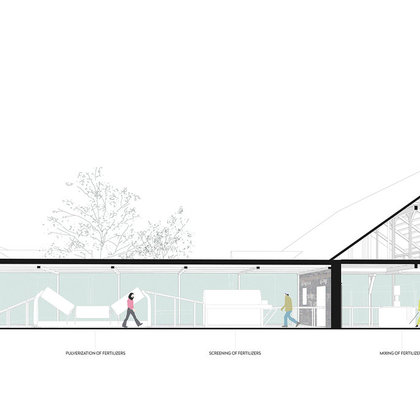 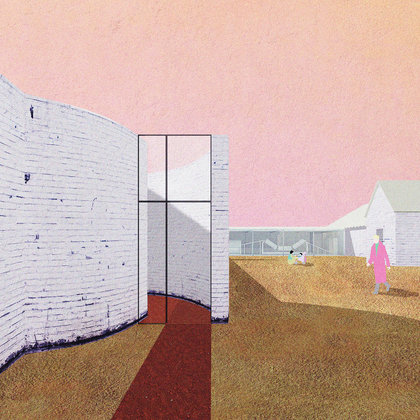 View towards the entrance of living archive incubator in Vandziogala 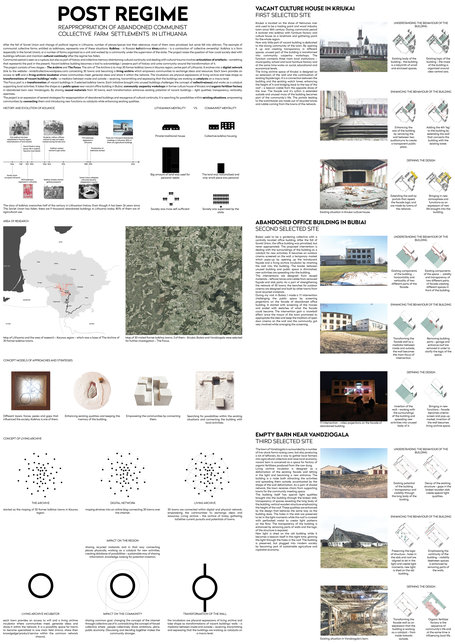 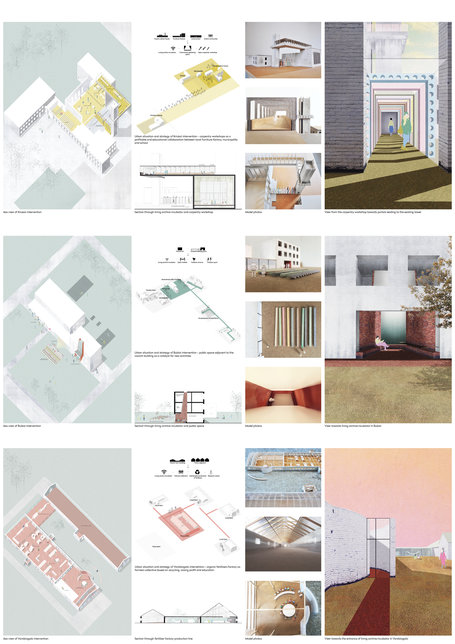