by Milica Veljković from Faculty of Civil Engineering and Architecture, University of Niš, Serbia
Tutored by: Branko Aj Turnšek 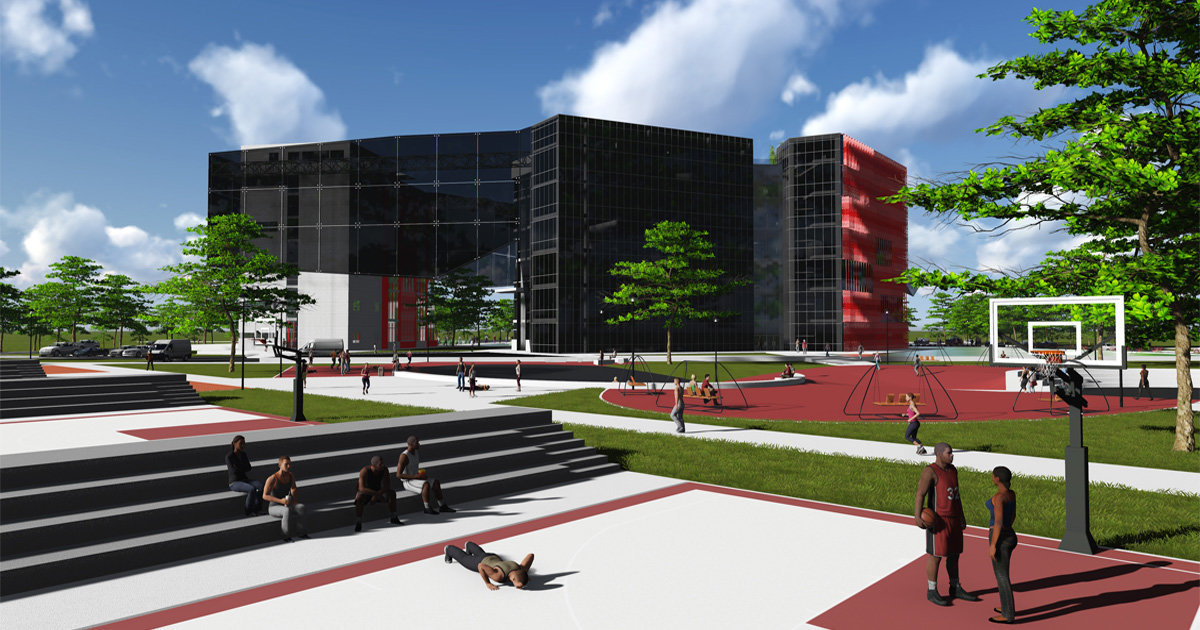 The Terms of Reference provides the conceptual design of the science technology park in Nis, a city of universities, in Serbia. The chosen location for construction of the facility is an undeveloped plot nearby the Technical Faculty and students' dormitory. Urban concept provides the newly designed streets surrounding the location, while the main access is from the highway, which is connected to the Technical Faculties by a street of a lower level.
A Conceptual design of the science technology park consists of the two objects, the building of the science technology park and the hotel. The positions of each of the component parts, among which there is publication, education, administration and production result from the conceptual design. The uniqueness of the two physically separated buildings, the science technology park and the hotel was achieved by connecting them with a glass curtain wall, which, by means of spider construction and steel lattice, enabled its stability. Thus, the visual atrium was created in the space between the two buildings, which placed greenery inside the object.
During the design the principles of passive construction were applied, among which were the following systems: generating electricity through photovoltaic solar panels, extensive green roof and the revolving facade panels for the protection of the sun.
The role of the science technology park is using research units, contributing to the creation of new technical achievements, its promotion, exhibition and connection with production companies, therefore STP was designed according to such a plan.

Science and technology parks are areas where new ideas are born and new projects realized, however they often themselves represent the objects with distinctive and innovative design. Following such a concept and interpreting it consistently, a colleague conducted research on coherence and harmonization of the purpose, function, environment and visual perception.
Complexity, faced with compactness, removing the boundaries between exterior and interior, applies the openness of the scientific process and simulates it through the visual experience of cubic closed form, but transparent volume, while the interior is open both in horizontal and vertical planes. The complexity of the movement, intertwining of views, a multitude of information that an observer and visitor simultaneously receive makes the huge open space more comfortable, pleasant and warm. The experience of openness is enriched with transparent facade, which discretely draws the environment rich in greenery and water surface, like a huge mirror with the reflection of an object in it.
Seemingly closed layer hides atrium which visually and functionally complements architectural composition, as a center towards which everything turns, giving the surrounding objects a new dimension.
Contrast and dynamics in the context of light, elements that are skillfully intertwined, making a series of changeable impressions and making at every new moment over and over again the form, which is never the same. 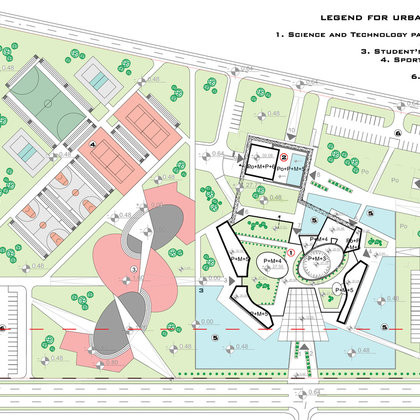 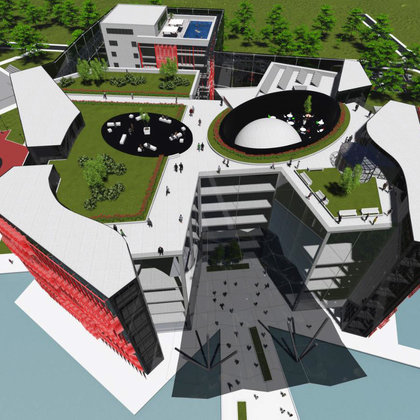 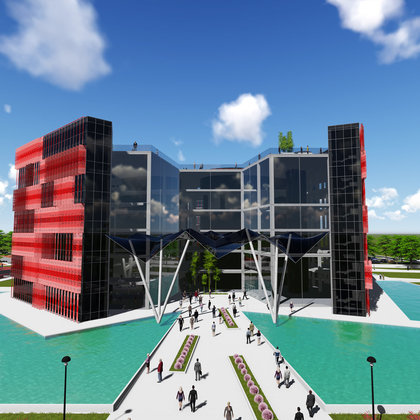 The main entrance in Science and technology park 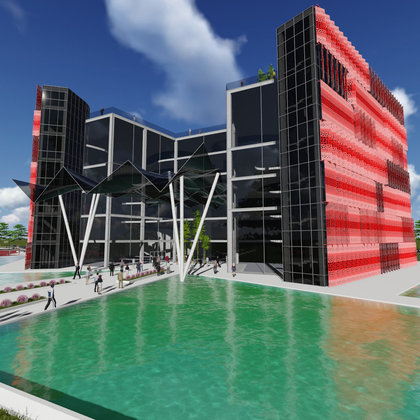 Water surface is like a huge mirror with the reflection of an object in it. 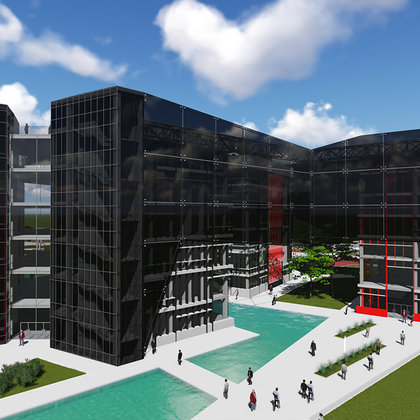 Science and technology park is left and a hotel is on the right side of object. 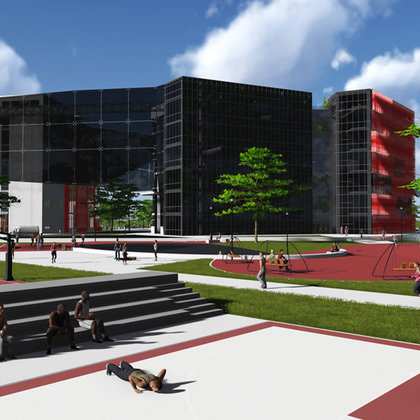 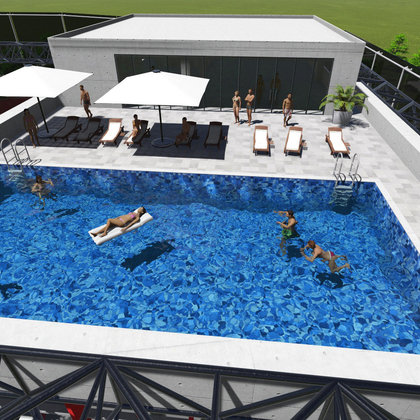 Swimming pool is on the top of hotel. 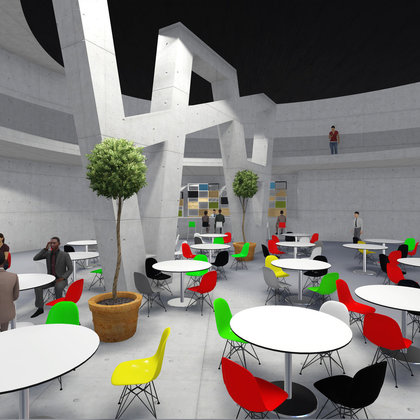 Interior design for restaurant in the lobby of science and technology park. 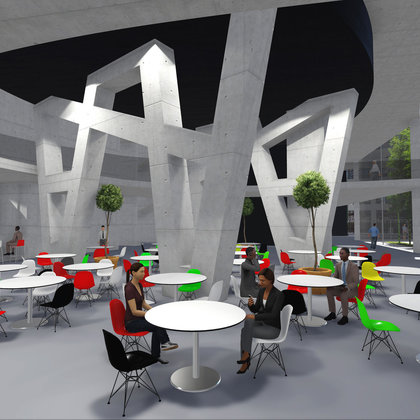 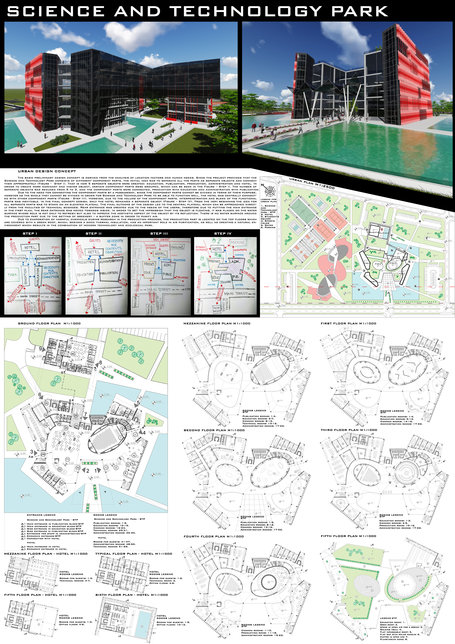 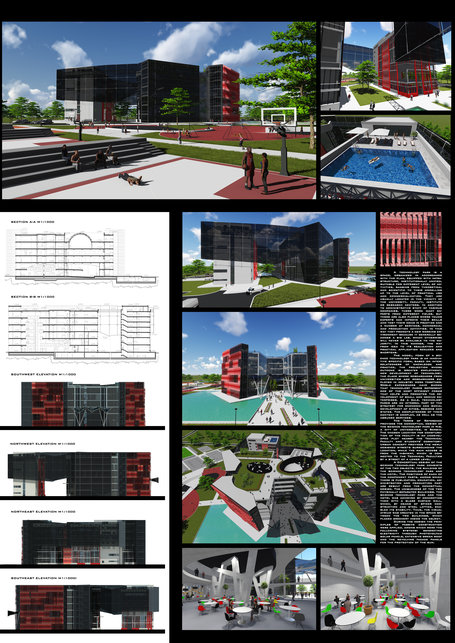