Messina and the Strait, regeneration strategies for the future city 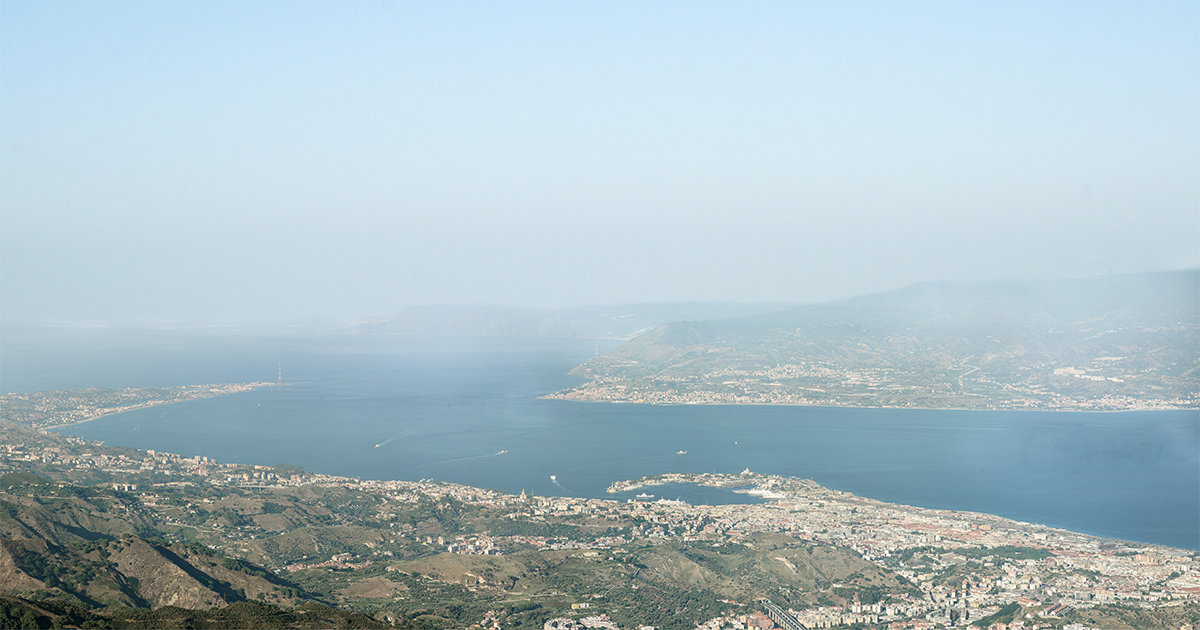 Messina and Reggio Calabria have in common more than the strip of sea that divides them. They have passed through two similar and parallel history, they share the same territory, with flat costs that raise to the mountains, digged by the valleys of the streams., they have a similar socio-economic and cultural substrate. The aim of the project, after several studies and analysis, is to give a complete strategy at the territorial level, in common with the two banks of the strait. This strategy want to propose a vision in which the cities do not grow toward the external, occupying new virgin land, but look inside, transforming and requalifying the existent. Related to this theme there is what concerns landscape protection and promotion. The hills must be protected from hydro-geological risk, preventing the building construction, but at the same time promoted with a network of naturalistic paths. These paths will connect the urban fabric with some attractive place (like historic fortifications) and abandoned rails. For what concerns the city, the purpose is to intervene in the “urban creeks” (where the creeks have been covered with roads), transforming them into green channels, and in some specific urban project. The chosen project is called “Maregrosso”, an area characterized by a former industrial fabric, abandoned now. The aim of the project is to provide a method to regain this neglected space, proposing a new idea of city with a fabric that can replace the existing one. 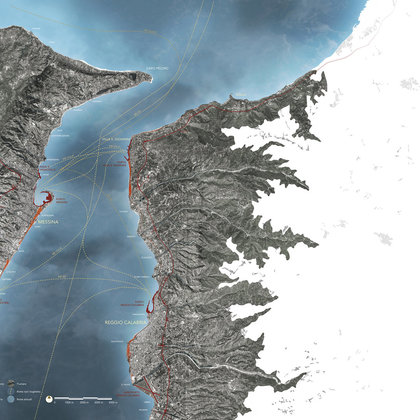 Territorial analysis of the strait of Messina 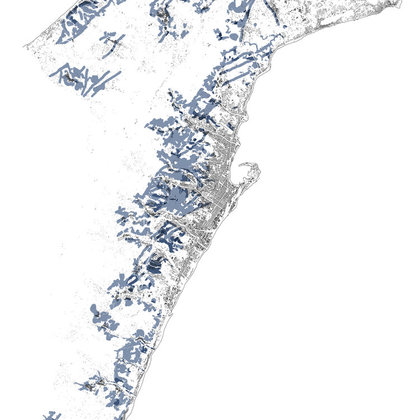 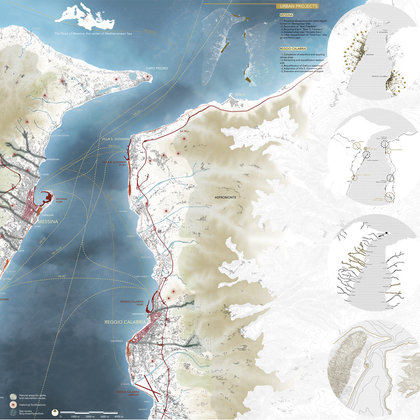 Territorial strategy for the strait of Messina 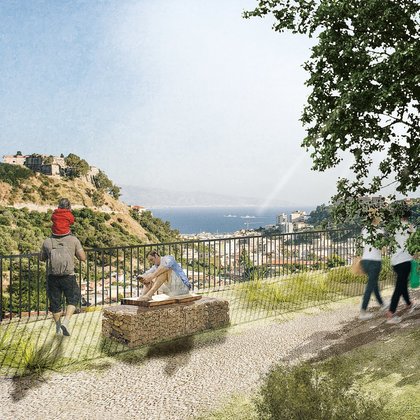 Example of naturalistic and panoramic path 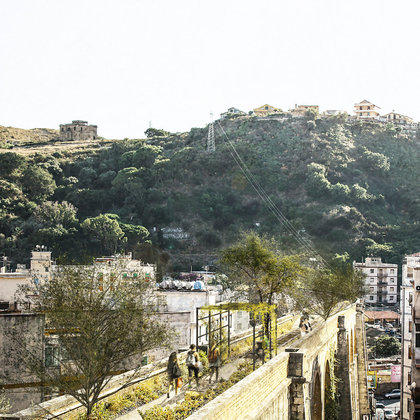 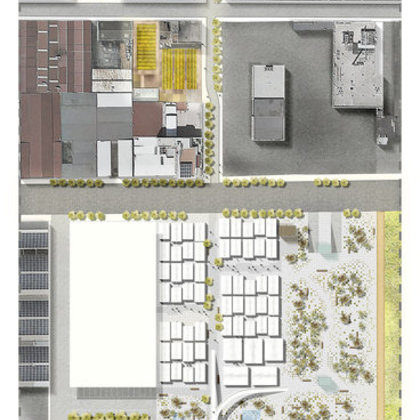 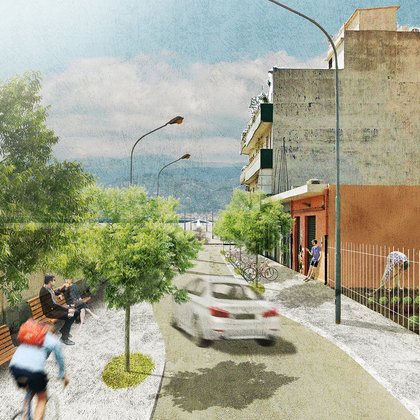 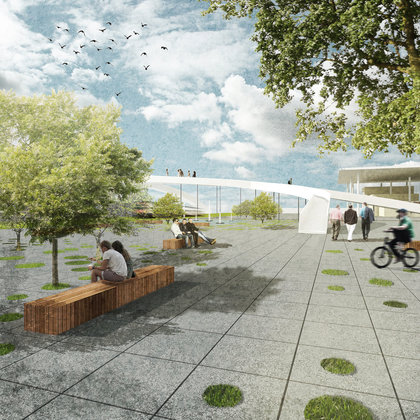 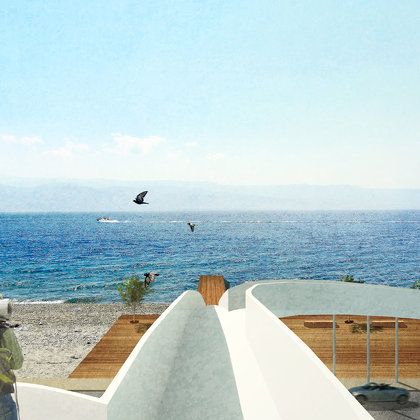 View from pedestrian bridge toward the strait of Messina 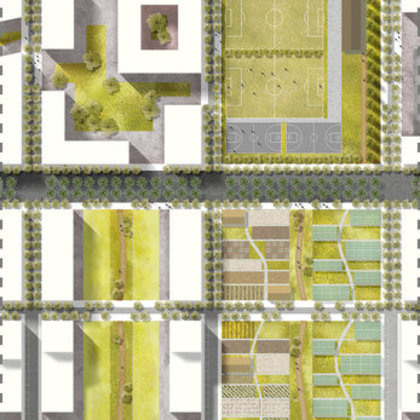 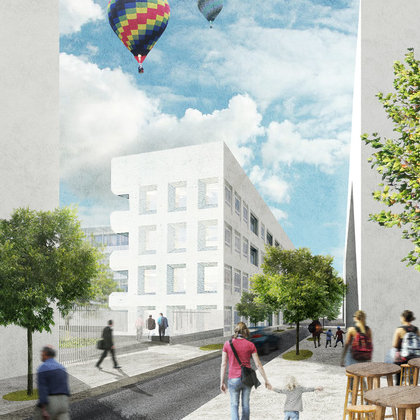 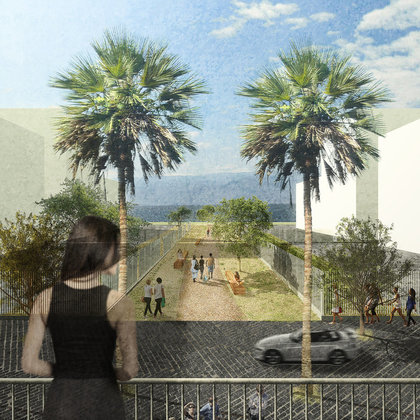 The in line buildings and pedestrian path 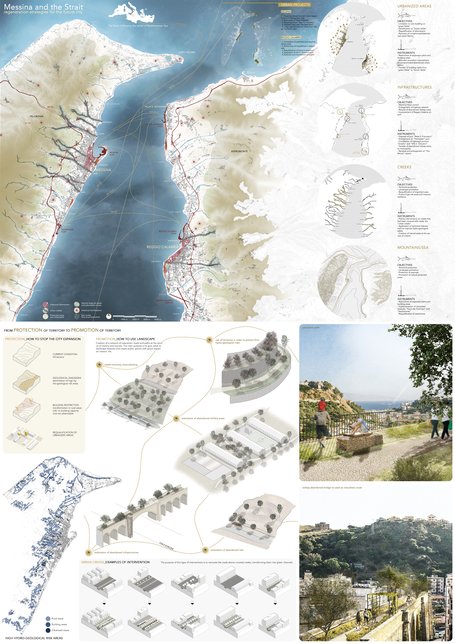 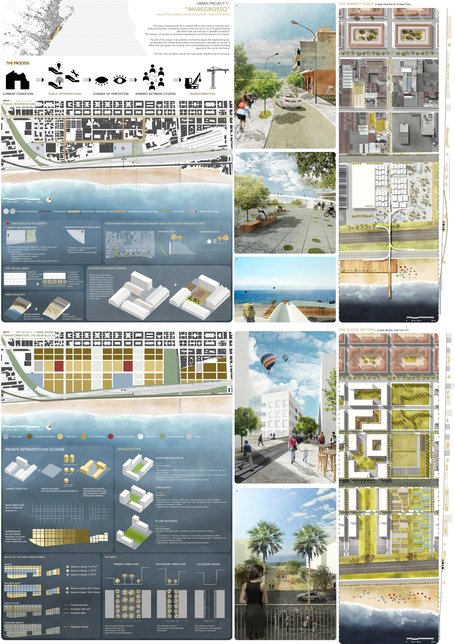