by Andry Lysandrou from University of Cyprus, Cyprus
Tutored by: C. Phocas Marios 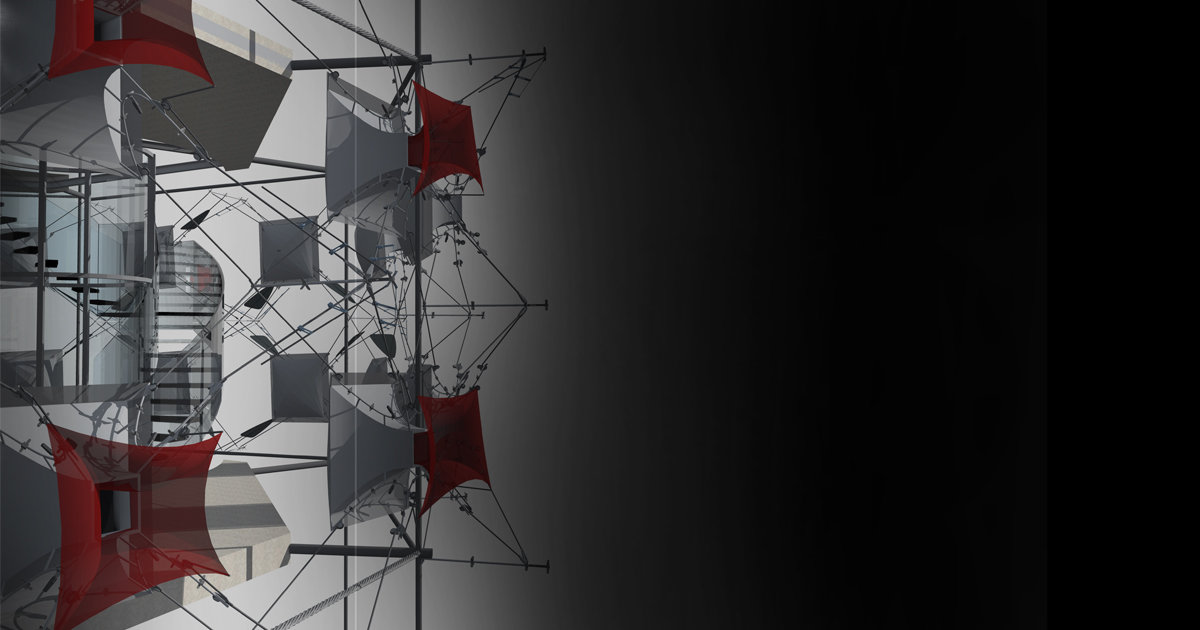 Major problems caused by the air pollution that burdens the environment of many urban centers.
This diploma is an attempt to show the ability of architecture to contribute in the reduction of the atmospheric pollution.
After a research on areas with relatively high levels of air pollution,the development and design of a prototypeshell systemis suggested. The main aim of the system is the filtering of the air inside and outside of the building to success a greener atmosphere.
The research develops the idea through the use of an electrostatic precipitator which filters the air by removing particulate matters, heavy metals and reducing carbon dioxide.So the wind flow have a main role in the whole system.
At this point a moving part in the system is needed.
Alongside the mechanism system, is developed a tensile construction system for the completion of the prototype system.
The prototype facade, it is implemented in the city of Athens as an example. Strategically, a network of buildings is created in the central arteries of infection. The third installation in Syntagma Square is developed in detail. In the central tower a further development is needed for the creation of a kinetic structure which brings the continuous interaction of the shell with the user and the observer. The change of the shell is based on the environmental contamination and informs the observer for the pollution levels, while in the interior space, a functional program inform visitors for the planet. 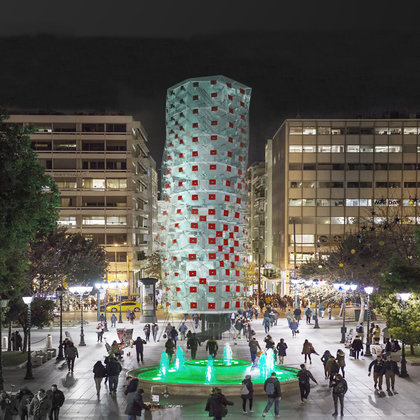 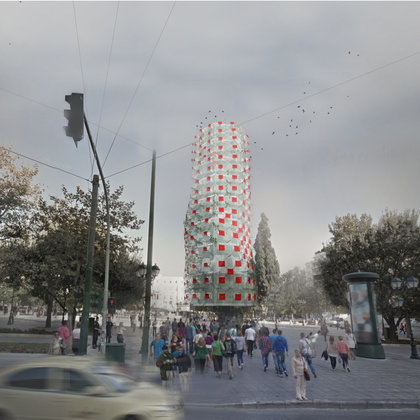 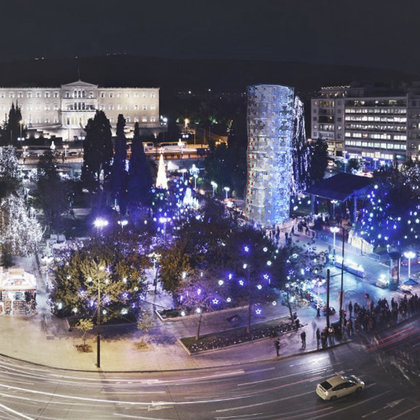 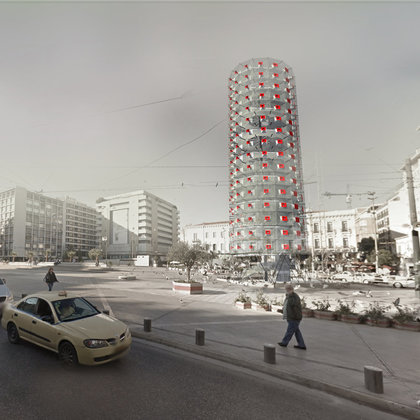 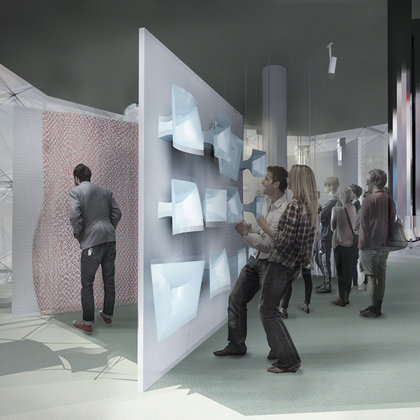 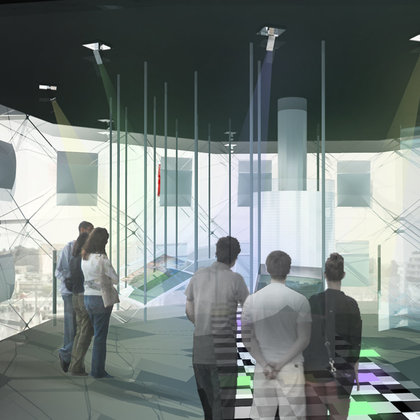 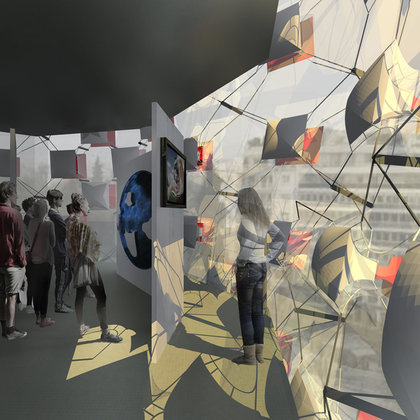 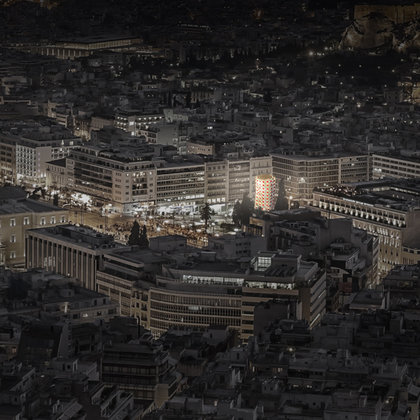 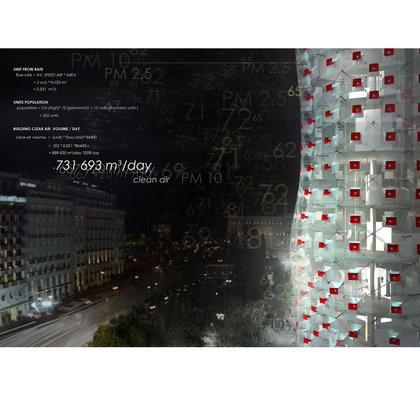 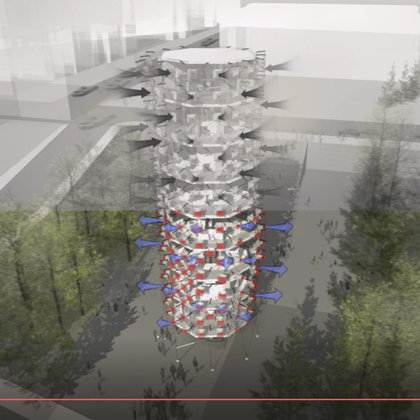 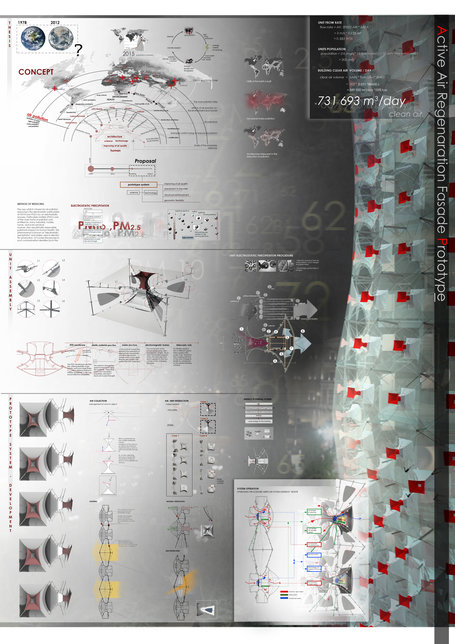 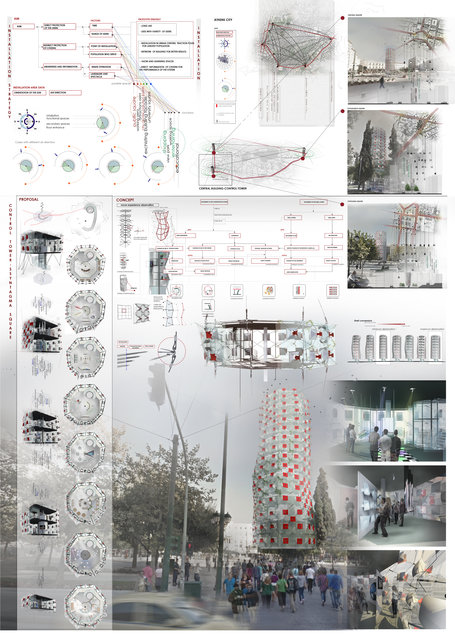