Office of the European Union Representative 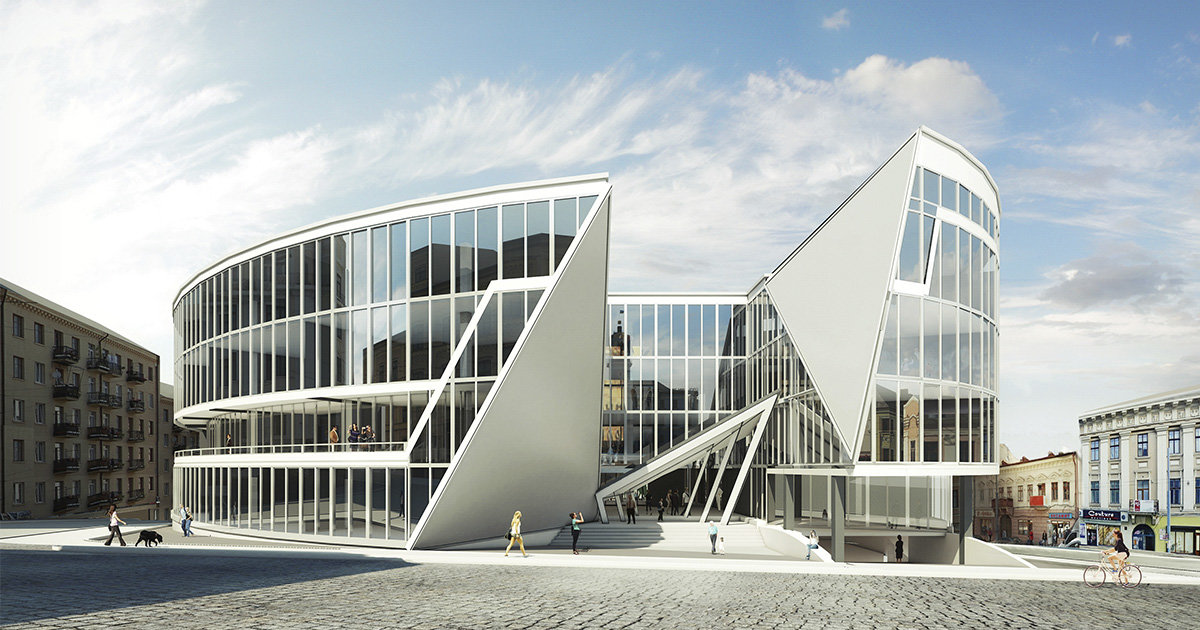 The theme approached in this project is the European Union Representative office in Chernivtsi, Ukraine.

According to the task of diploma project, the office must be located on the Central Square in Chernivtsi. The territory for planning is behind the road opposite City Hall and has a form of trapezoid (sizes in the normals - 64x32 meters). Currently, there are a monument of Taras Shevchenko on this territory and uncomfortable equipping around a pedestrian area.

The building is projected, as a four-floor object in a half-round form. One part of building is pressed from the side of road to add communication and luminosity opportunities for each room in the building. Moreover, the main facade is cut in two places, which creates two non-parallel blank walls in the form of triangles and makes building structure more dynamic. The central part of the building, which joins to the blind wall, is separated by a courtyard with green wall and open air public space. Additionally, there is a free walking zone through the first floor, where visitors can enter from two sides. Besides, it is proposed to move monument of Taras Shevchenko in the middle of bigger part of square.
Moreover, the object is projected at the point with the maximum number of pedestrian residents and tourists of the city at any time of the day. This means that people would have an opportunity to see absolutely new fresh form among the old historical houses as the interpretation of the Ukrainian movement towards development and integration to Europe. 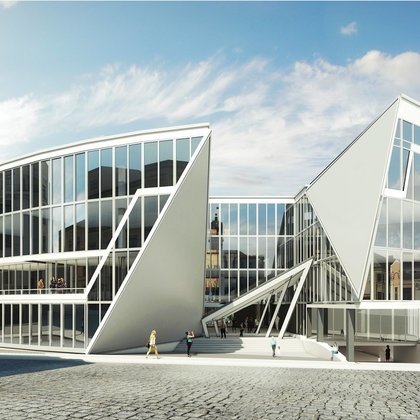 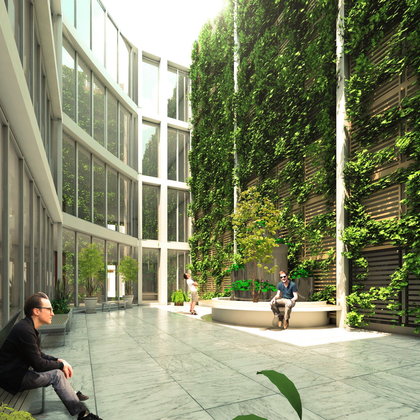 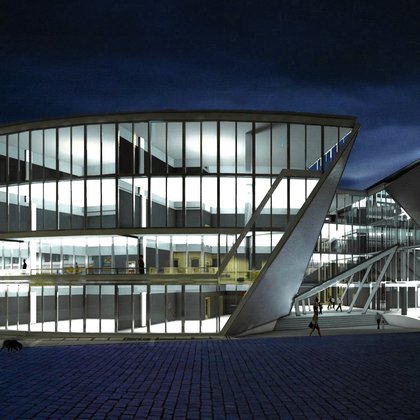 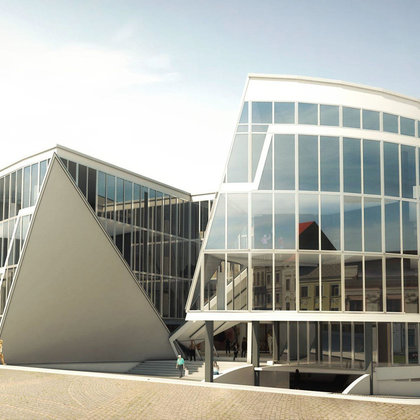 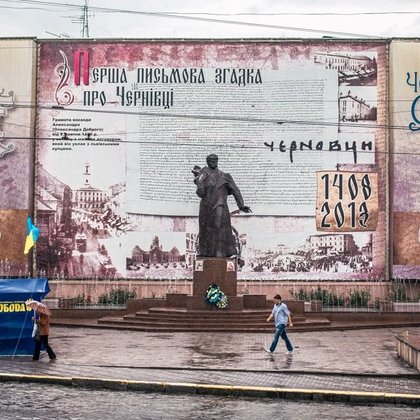 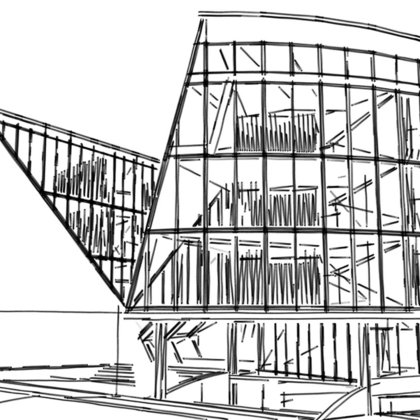 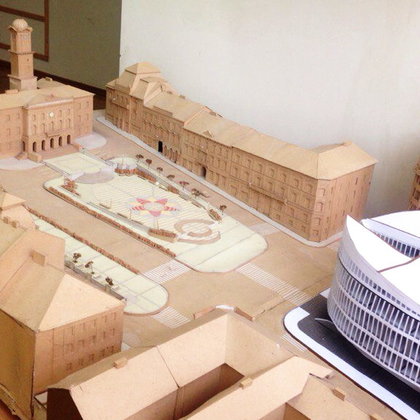 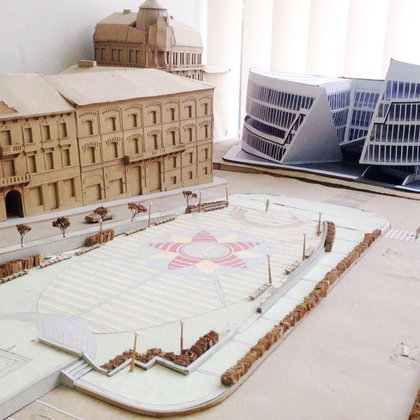 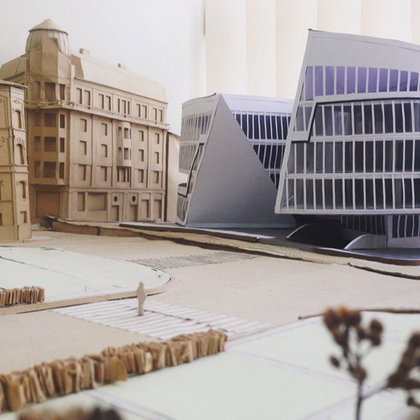 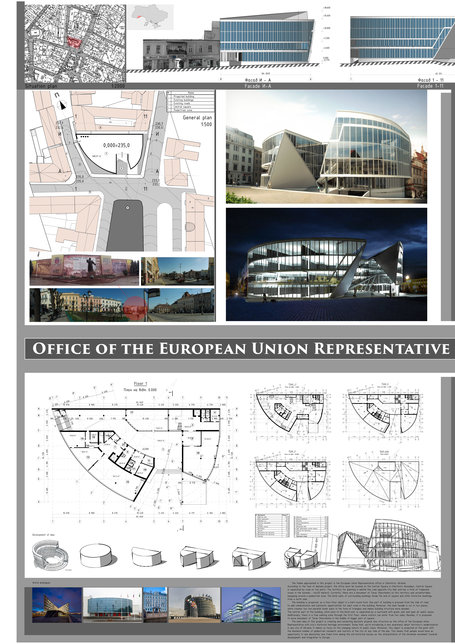 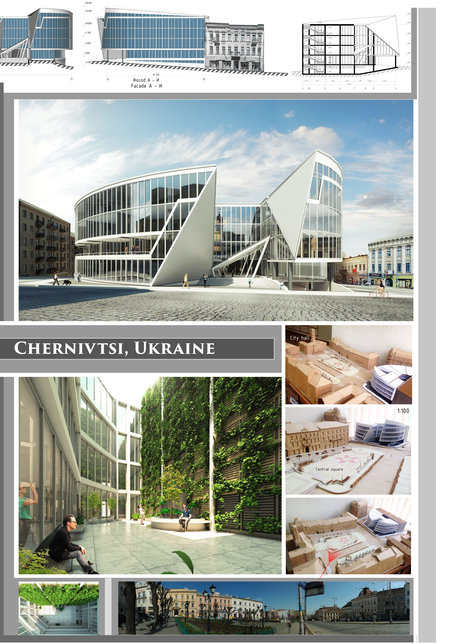