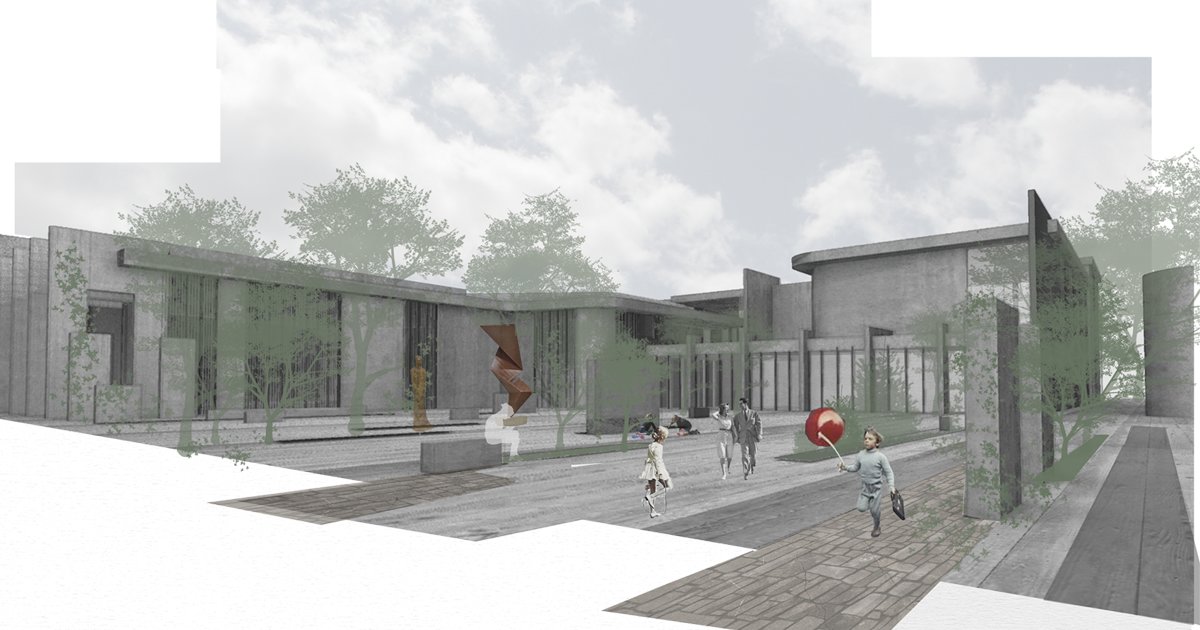 Bologna as a city is read like a single mass since it has an interlaced spatial structure. The functions are glued to each other, forming a complete urban system. We can see it in each scale of the city life, the clues give us some keywords for Bologna: meshed, fused, interlaced. Likewise, the ‘lines’ of the structure, urban space and the landscape are the clues how the repetition gives the city the spatial adherency. These clues construct the process of the design. The project site is located in the border line in between Bologna and Bolognina, which is an encounter. The static energy of Bolognina encounters with the movement of the city, the railway and the adherency of those city lines. The inevitable reaction of this static&kinetic encounter can be translated in architecture as the encounter of ‘mass& lines’. The reaction of the energies enable to create spaces, with lines that influx and operate. Two simultaneocus processes develop: in one, lines subtract from an initial mass, starting a spatial melting. In the other one, lines construct with respect to the urban façade. The rythym of the porticos build an urban facade which gives the whole system a reference. Lines respecting the existing green and memory, form spaces engulfing the green and level the ground according to the necessary spatial connections. The functional organization of interior reflects itself to the integrated openness as well. Lines that are in flux, influx either to create urban surfaces or create sensitive spaces. 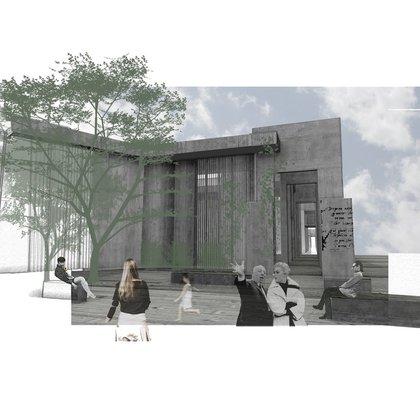 Urban facade as a volume 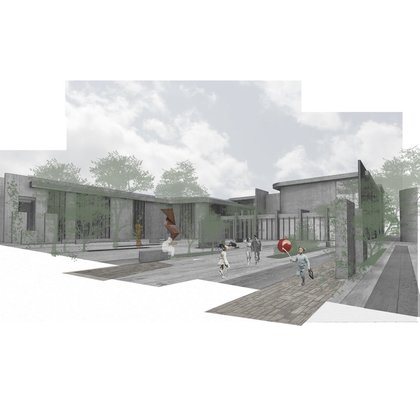 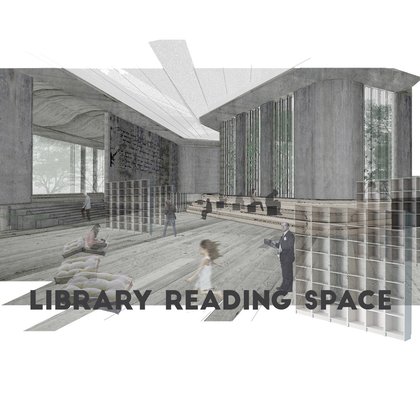 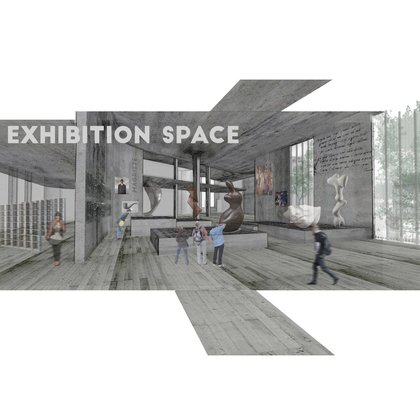 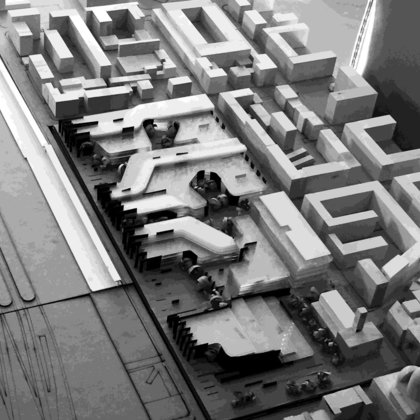 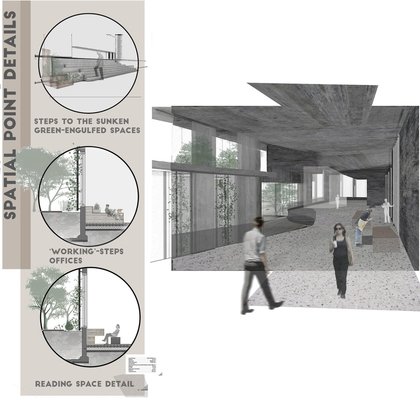 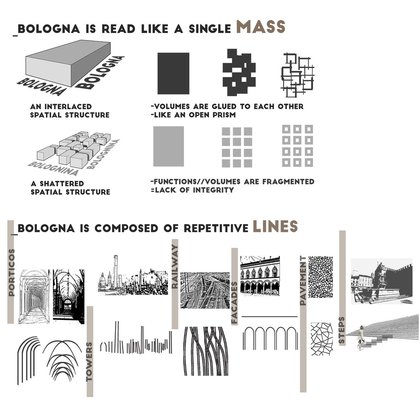 Diagrams with two inital statements that structures the design process 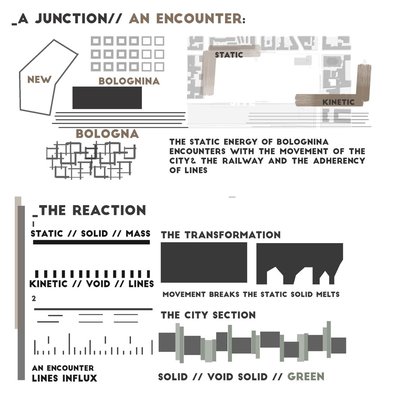 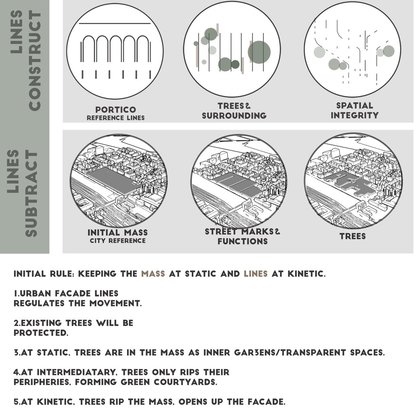 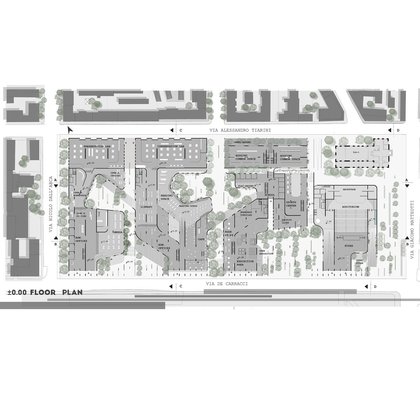 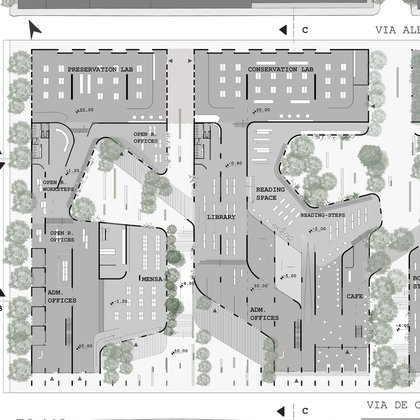 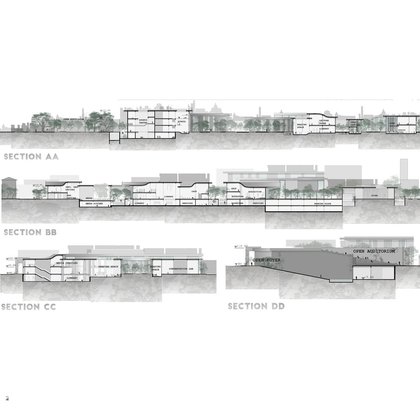 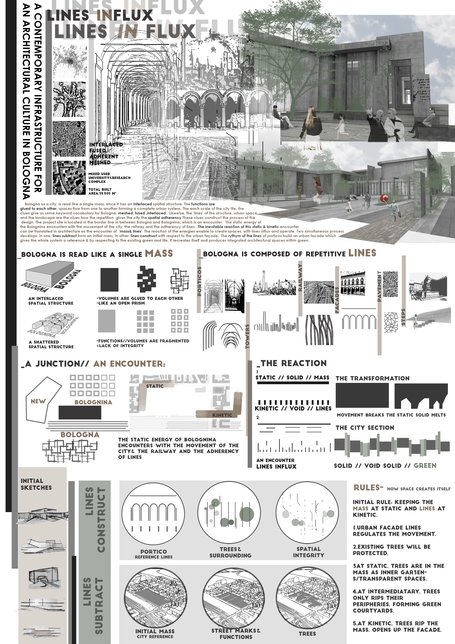 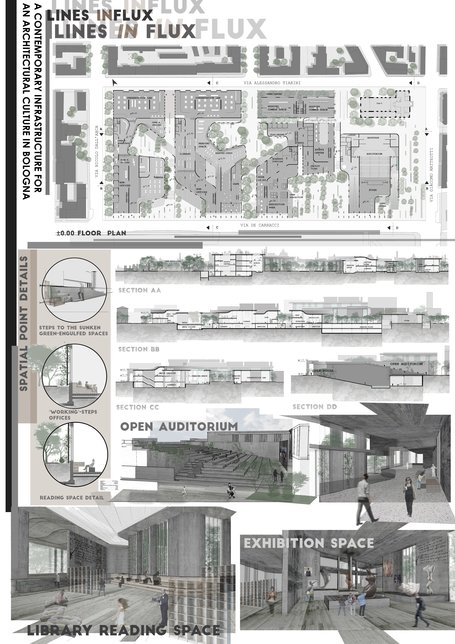