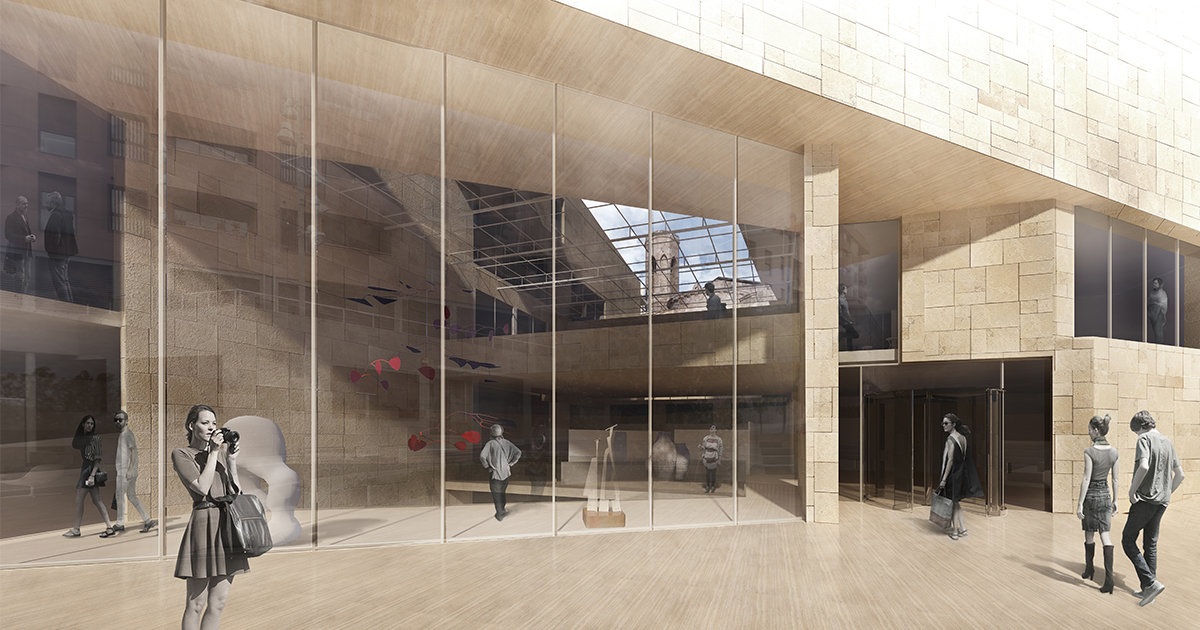 The academic character of the Spanish city of Lleida and the position of the site right in the cultural-historical core of the city inspired the choice of the architectural program: Art Center. The new facility aims to participate into the demarche for stopping the migration of youth from the city and for transmitting the cultural values to the next generations.

The volumetric approach was strongly influenced by the position nearby Sant Llorenç 13th century Church, one of the highlights of Lleida. Even if the local regulations allowed a 100% plot usage, opening the middle of the volume would emphasize the church perspective, which already became part of the local memory.

The equipment consists of one public area at the inferior levels which allows organizing cultural events at the scale of the city (one auditorium and exhibition rooms) and a restricted superior area, dominated by the creative facilities (one first level for ceramic art and the rest consisting in adaptable spaces). 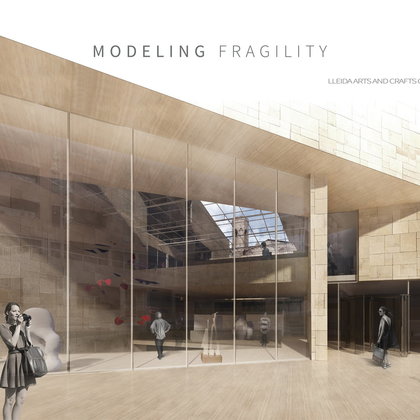 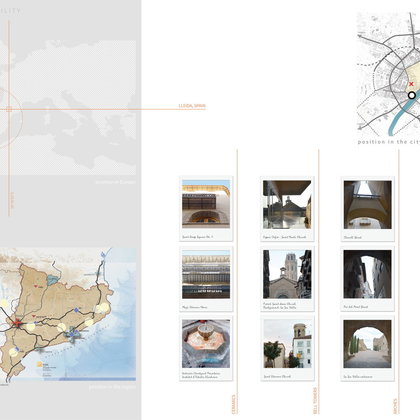 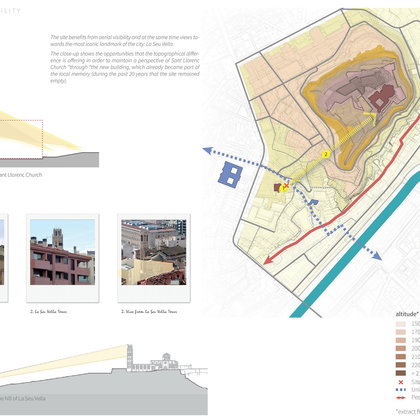 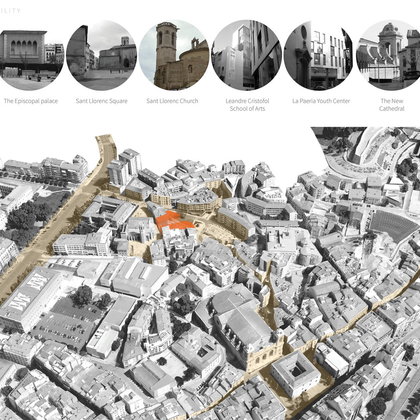 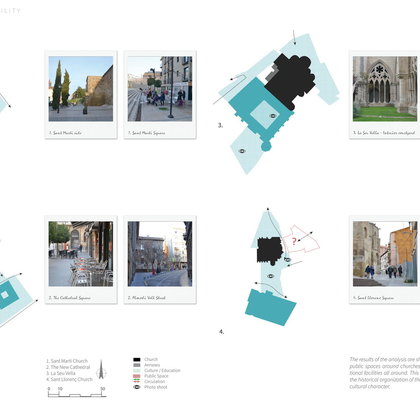 Analysis of Public Spaces around Churches 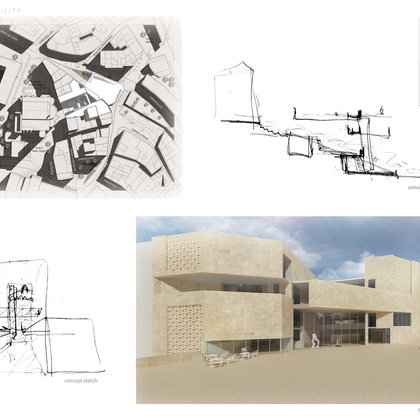 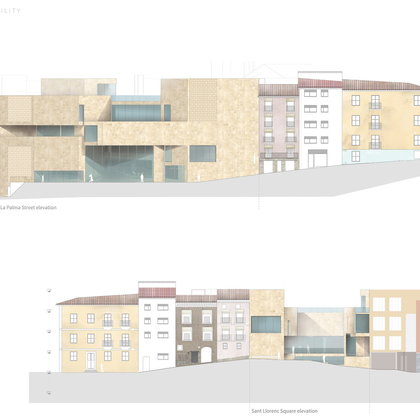 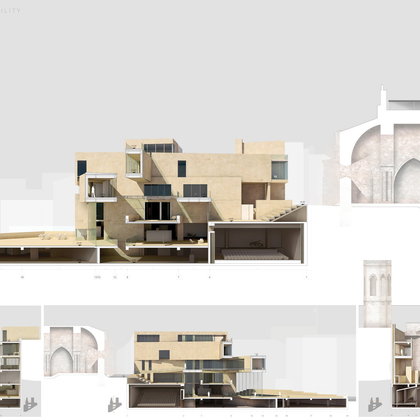 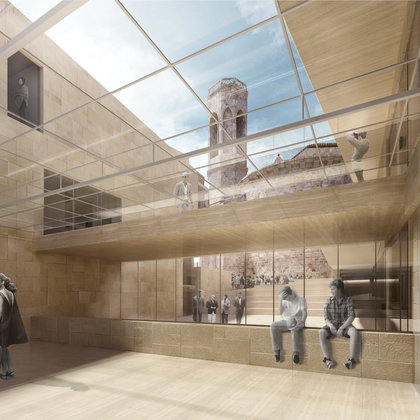 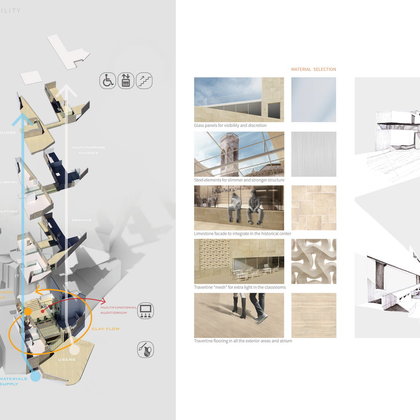 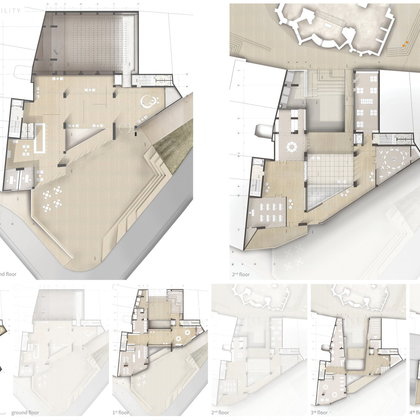 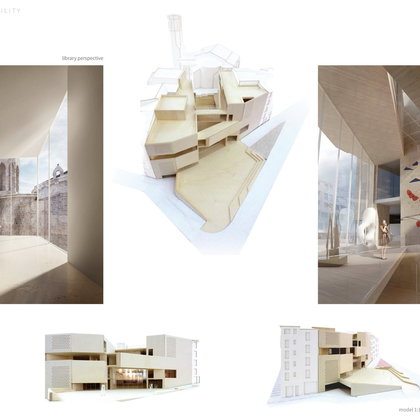 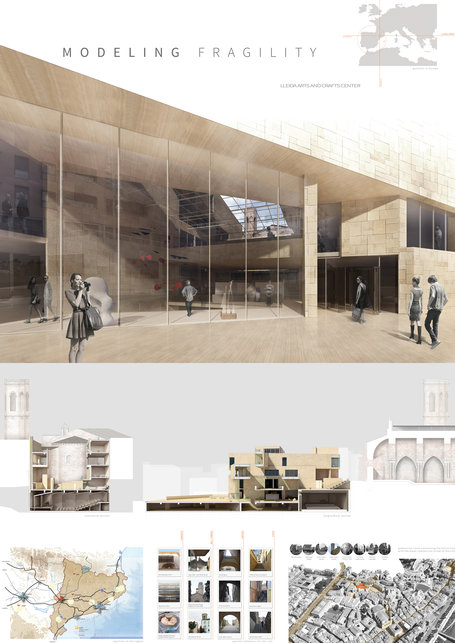 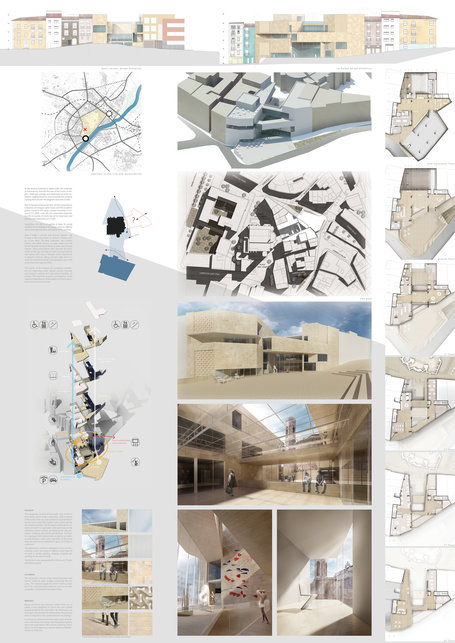