by Bryan Hoey from School of Architecture, University of Limerick (SAUL), Ireland
Tutored by: Simon Walker 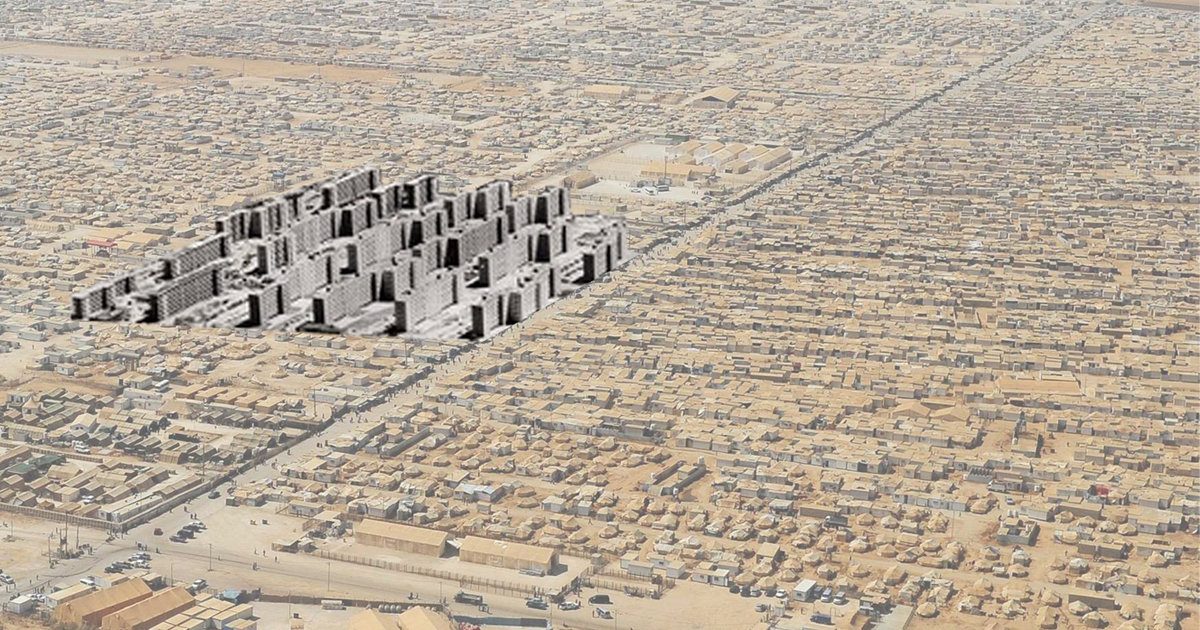 This mass migration of people is not a new issue to humanity but is one that is constantly repeated throughout history. The cause of this migration is for many different reasons but ultimately they are all striving for the same result no matter of geographical location. This repetitive crisis has been treated as a “temporary issue”, but what if it were to be considered a more permanent one. One befitting of an architectural intervention to ease the pressure of our cities, to decentralise the issue and slow down this migration. Not only for these reasons but to also offer migrants the freedom to choose at their leisure where and when they should settle, for whatever reasons necessary.
If we take for instance the ancient Silk Road, we observe many migrants covering a vast a landscape mainly for trade and economic reasons. Dotted throughout this landscape are many caravanserais. These are places of relieve from the hardship of travel. They supplied travellers with safety, water, food and rest, but also a breather before carrying on with their travels.
My intentions are to propose a network of modern caravanserais for the modern migrant across well known travelled routes. These places will offer migrants the opportunity to rest, gather they or if they wish to remain at this place for an extended period. These places will also support the flow of trade and the exchange of ideas for the global citizen.

The response to the migrant crisis since 2011 is obviously one that has energised the architectural community worldwide – the title of this year’s Venice Biennale curated by Alejandro Aravena is “Reporting From The Front” – but often this goes no further than a polemic, or results in a merely technical proposal which becomes immediately redundant, overtaken by events on the ground. What is so riveting about Bryan Hoey’s project is that it measures the situation in human terms – how many days walk, for example, between halting sites, or the need for places of assembly and democratic exchange. He reveals the existential dilemma of refugee camps that have been in existence for over sixty years, and the living hell – or limbo – that their residents continue to endure. The intense suffering of placelessness, homelessness, the destruction of human culture that it represents, is not assuaged by architects from the developed world playing out their own ego-trips or offering “tectonic” solutions. That is why Bryan Hoey’s approach – entering at a humble level, allowing the possibility of growth of his structures and encampments - an accretive process which looks after people first, does not reduce their presence to a logistical problem, does not seek policies of containment, suggests the establishment of new polities, new cities and real demographic change, is so fundamentally important. Bryan Hoey’s thesis is an exceptional contribution to this tragic issue. 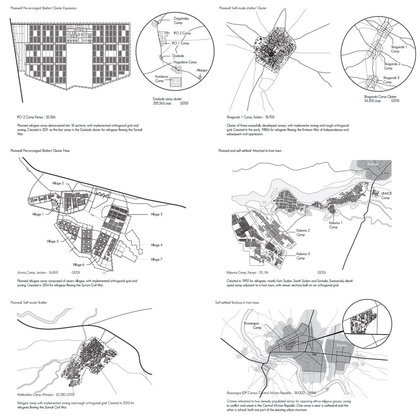 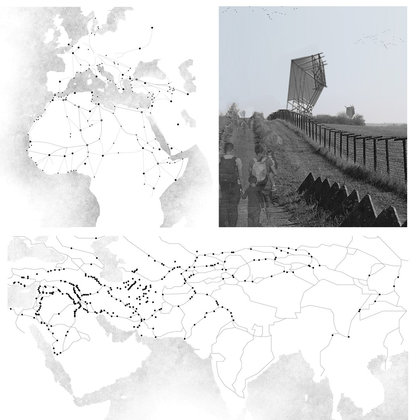 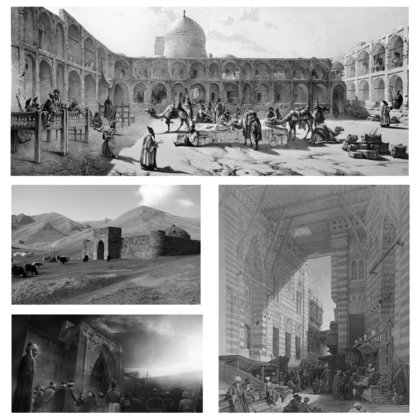 Images of approach, central courtyard space and peripheral spaces around a caravanserai 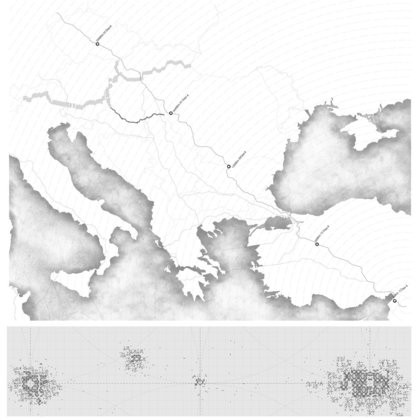 Route from Aleppo to Berlin subdivided using the distance a person can travel in one day. 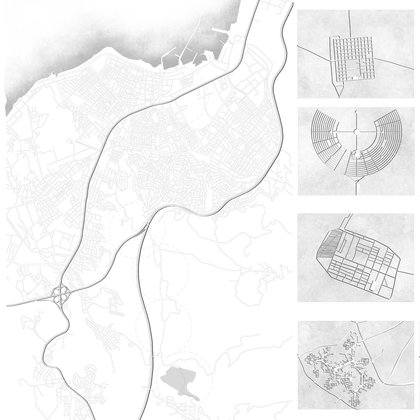 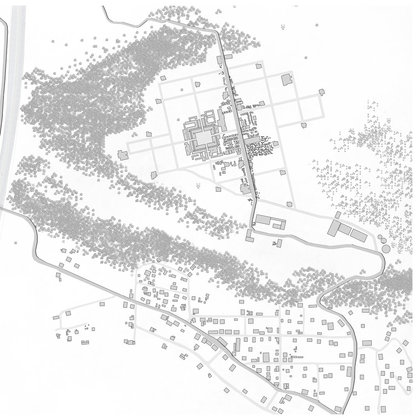 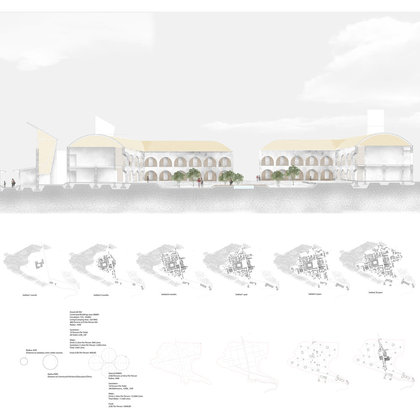 Section through central courtyard and busines district.Site strategy applied and development of site 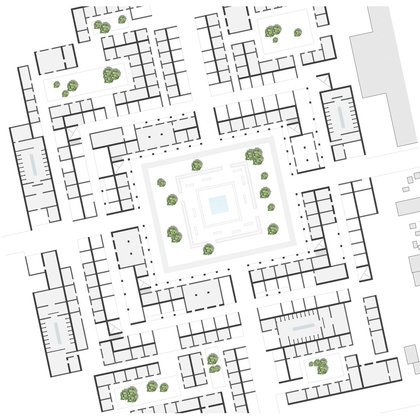 Plan of mix use building containing central courtyard and accommodation 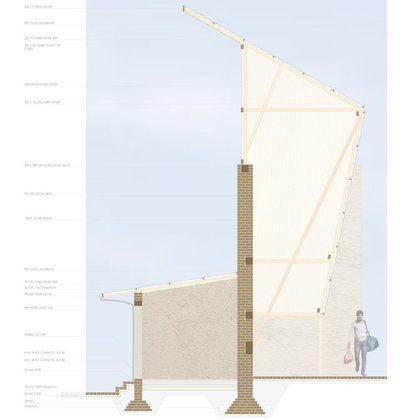 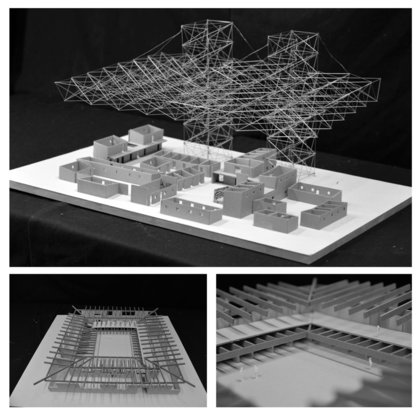 Models of proposals that are self deployable and quickly erected 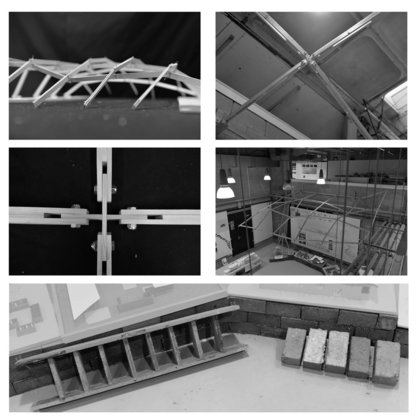 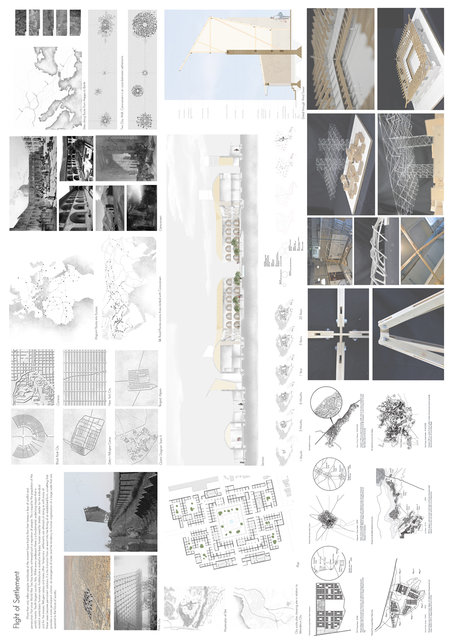