Floating Beach on the Danube 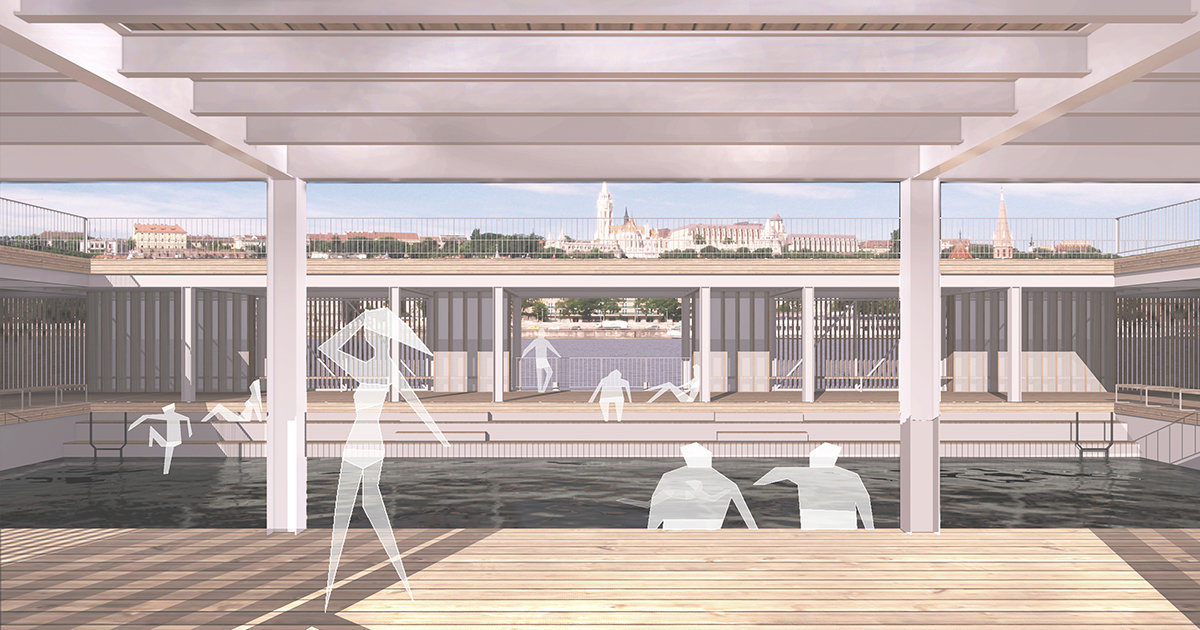 In my opinion people living in Budapest would want a closer connection to the Danube. What else could be a better opportunity for this than to bathe in the Danube? In fact, Budapest is famous for being the „city of baths”, there are only few who considers the great Danube as an option for bathing. The most looks at it as the dirty water which divides the city. This prejudice is the legacy of the last 50 years when the everyday waste water was released to the Danube. However, thanks to the environmental improvements in the recent years, this is now only the past. The water running in the Danube is clean again and swimming would be possible in it. In the 19th century, it was already popular to bathe in the Danube. In 1910 there were already 9 ’wooden beaches’ along the coast of the Danube. In my diploma project, I undertook the idea to design a so called floating beach on the appropriate part of the Danube. The beach would be within easy reach from the city centre and its place could be changed according to the latest trends and preferences. Additionally, this mobile beach could not only be used during the beach season but also it would provide the basic conditions for bathing during wintertime as well. Summertime, urban folks would enjoy the cooling water of the Danube, wintertime, people could use the sauna built onto the river and splash into the cold water afterwards. The naturally given opportunities are waiting for to be discovered and facilitated again. 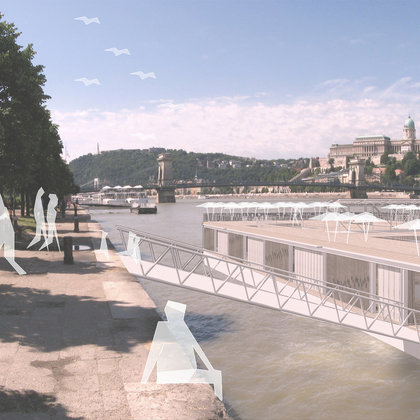 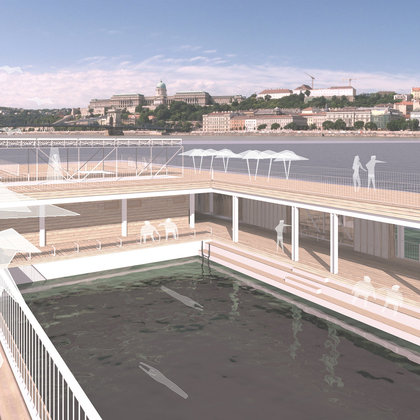 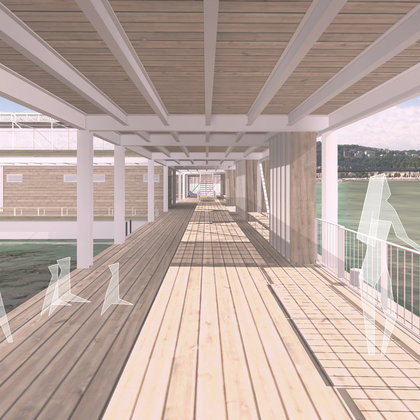 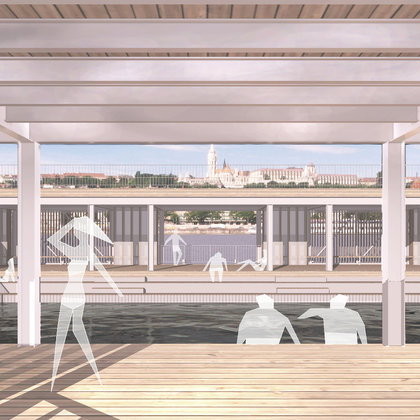 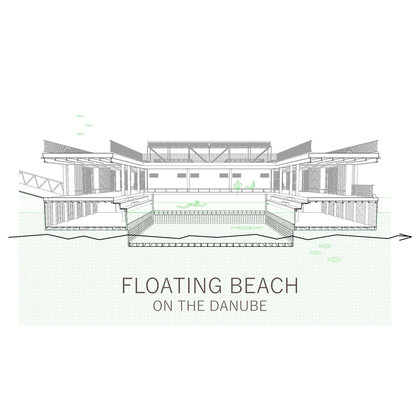 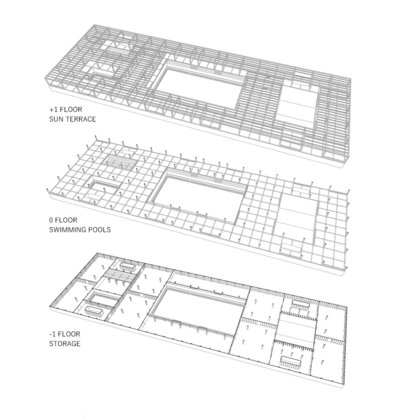 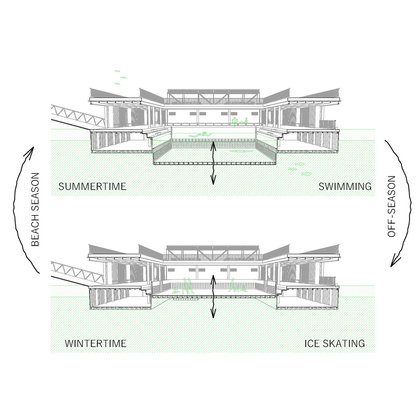 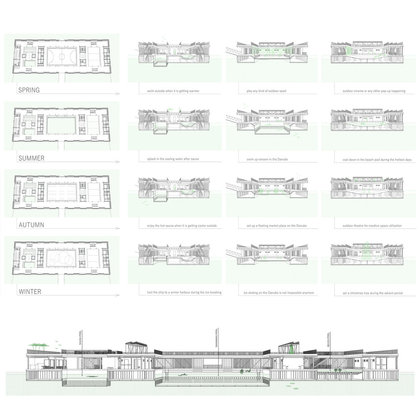 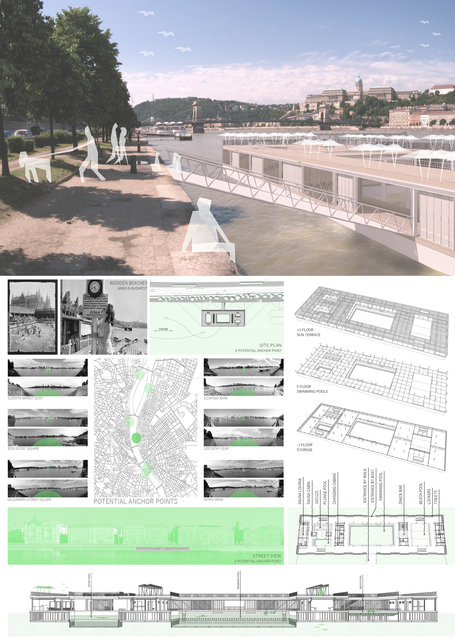 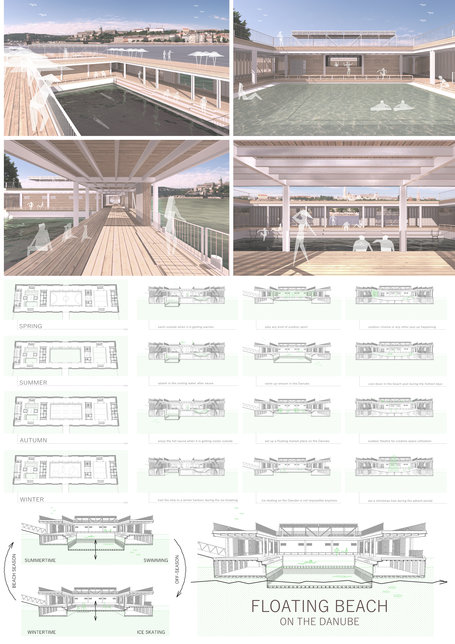