The Boxwood House - A New Life 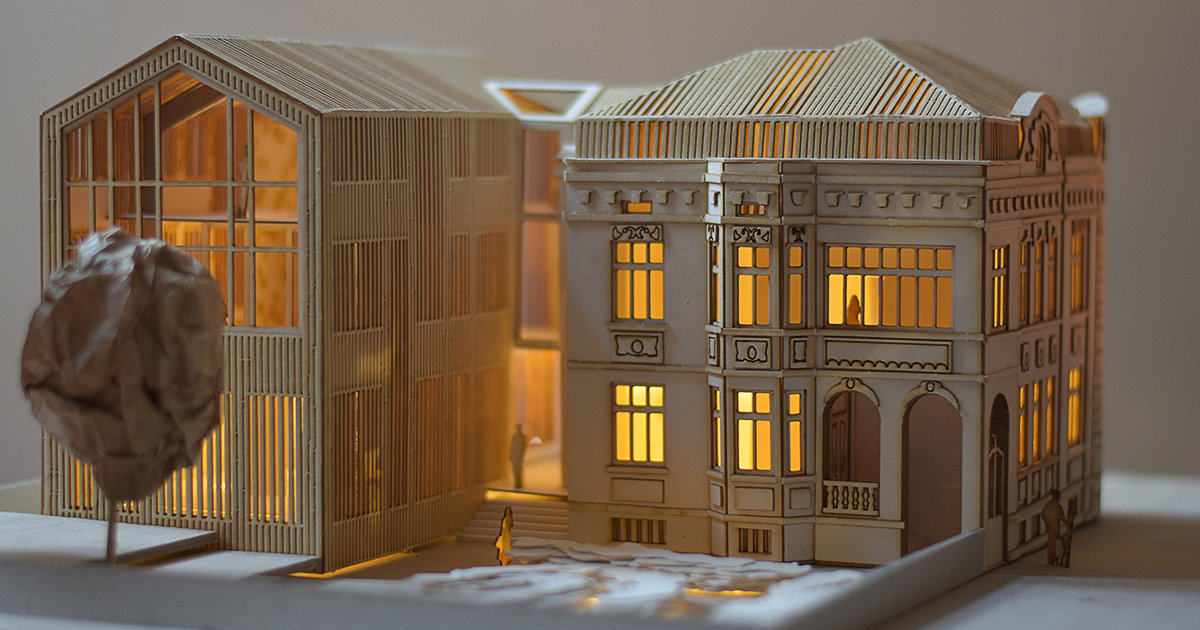 The theme of the project considers the possibility to enrich the function and the surroundings of a house which is an architetural heritage monument. It is treated carefully with respect and attention to its history and the historical and cultural context of the site. The house was built in 1922 and is located in the central part of Varna, Bulgaria. A remarkable part of the yard is the garden with boxwood plants. Planted before the house was built, they are one of the few preserved examples of a Varna yard from the beginning of the XX century. Considering the public function growth in the area of the house and the fact the building has been used for office purposes for the last 20 years, the project proposal keeps its function with a possibility for enrichment and deployment. The height of the attic is raised, in search of an optimization of its hard accessible spaces. An extesion to the existing building is provided. In recent years, the yard with the garden, has become one of the most popular places to visit among the residents of Varna. Considering this, the project proposes development of a coffeehouse at the ground floor of the extension structure in order to preserve the public access to the boxwood garden. The new structures are treated with wooden material making them clearly distinguishable from the existing ones. The wooden material, combined with the garden, create a feeling of an intimate space, freed from the fast-paced rhythm of the city. 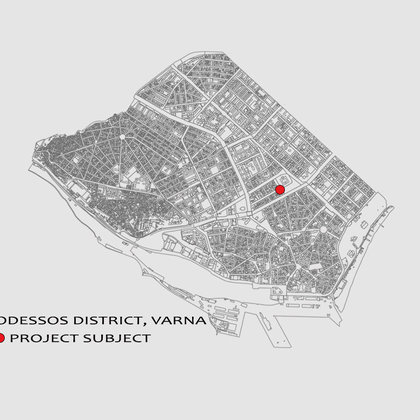 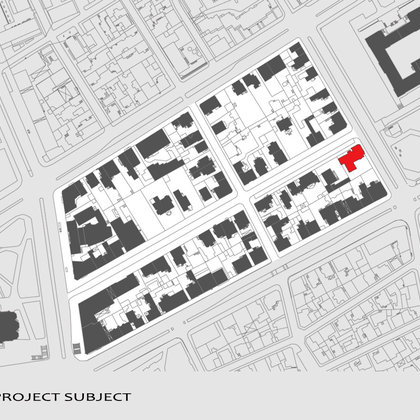 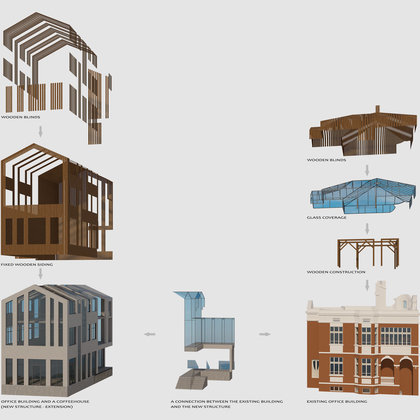 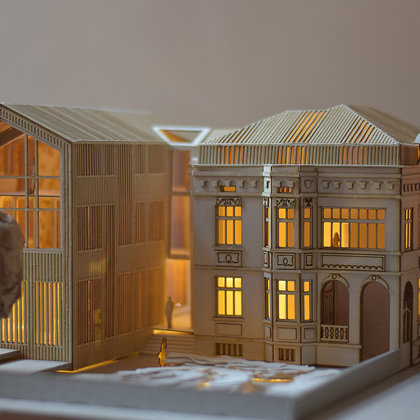 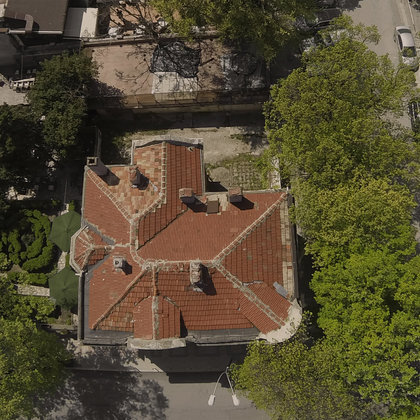 View from above - existing conditions 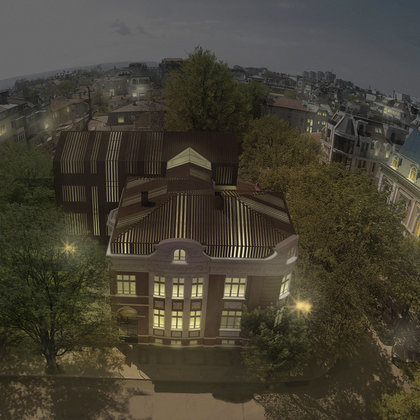 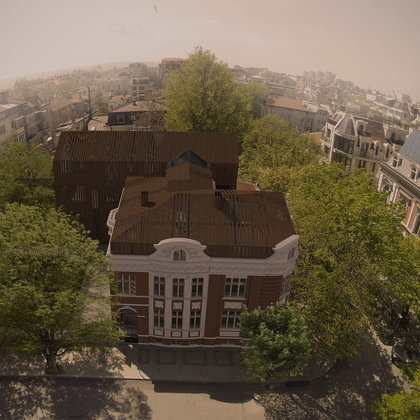 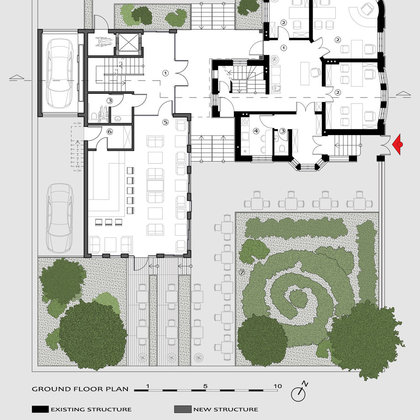 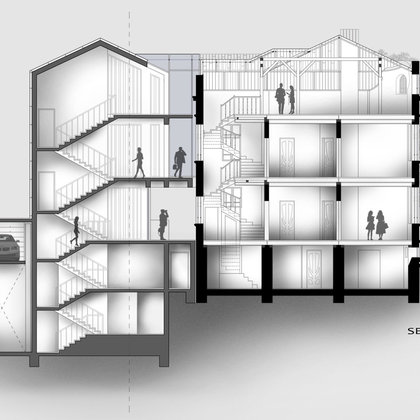 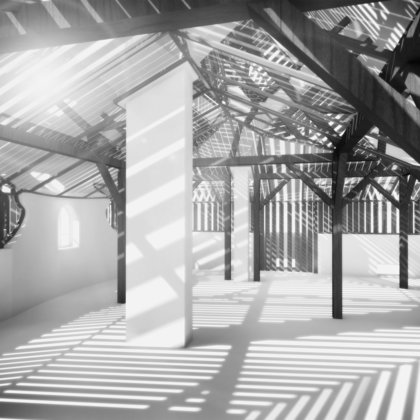 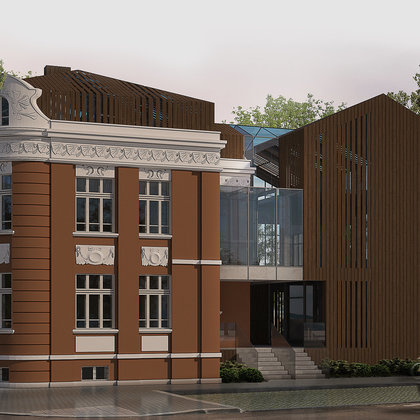 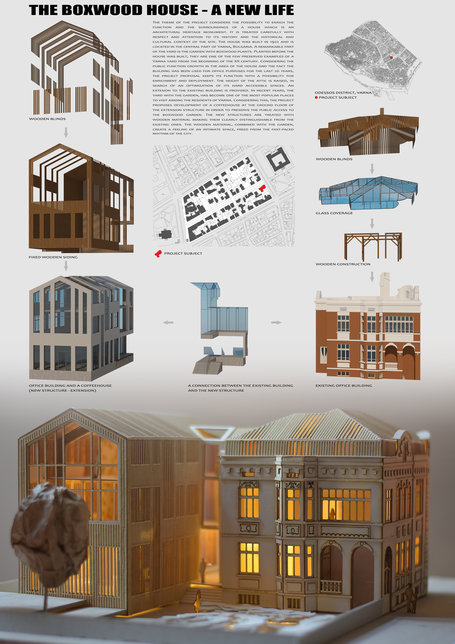 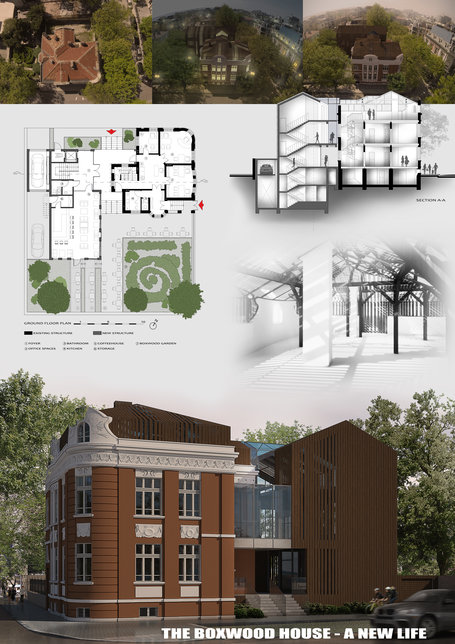