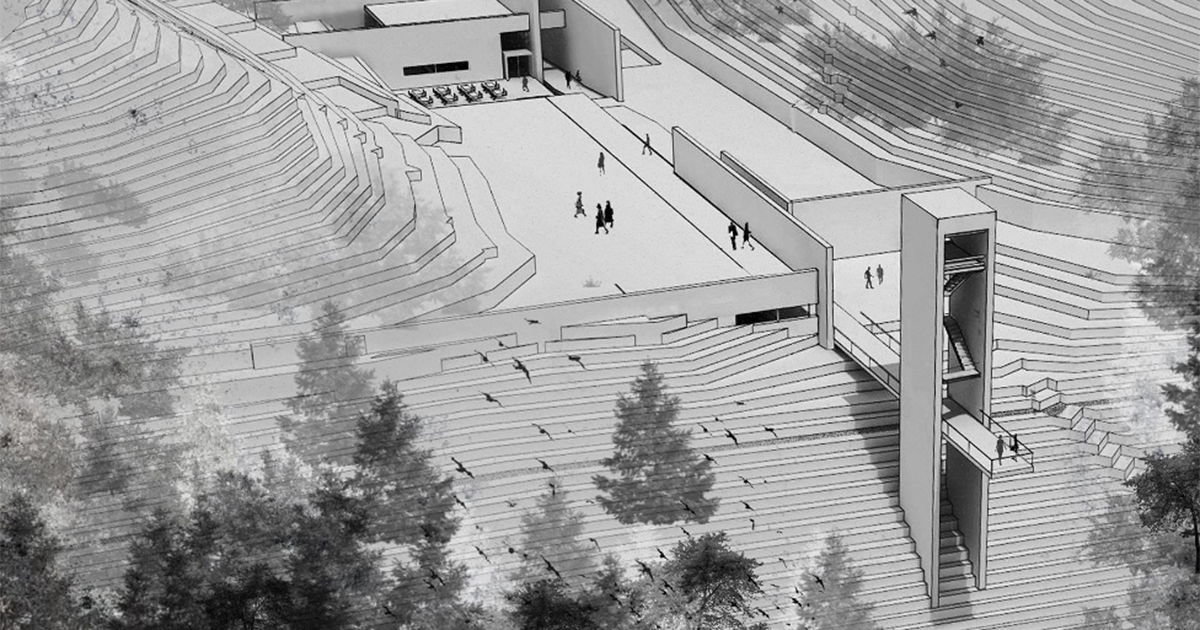 The subject of this thesis is the design of a museum for the National Park Samaria and the redesign of the north entrance of the canyon. Τhe study area, where the creation of the museum is proposed, is Xyloskalo, in Chania of Crete. Our aim was to examine the relationship between the existing built environment with the natural and the restoration of a failing relationship with the landscape, because of poor architectural fragments encountered in the area. Another concern was the readjustment of the pedestrians’ and vehicles’ movement. We redesigned the ticket office and the accommodation space of the guards of the canyon. Central idea was the creation of a linear geometric solid. Two linear parallel walls, in reference to the canyon, define an open air movement and introduce the visitor either to the interior of the museum or to the north entrance of the canyon. The linear movement ends to a watchtower, where visitors can have a view of the White Mountains and the canyon before crossing it. Following a constructional and functional grid, transverse walls are created, in order to support the building and to suture the building with the ground. Another dominant element was the water. Our goal was to collect it, from the top of inclined walls, ending up to a water tank, forming a natural boundary of the outdoor part of the exhibition and fueling the existent botanical garden that we redesign. Concrete, metal and glass are the main materials of the structure.

The current project proposes the creation of a museum which is incorporated to a unique landscape, with a special environmental and ecological importance, in direct proximity to the northern entrance of Samaria canyon. The museum is located into an already "wounded" area, in the cavity of the terrain, and aims to "heal" the wounds of the landscape and solve the current spatial and functional problems, as long as to cover the deficiencies of the study area.
It is an architecture proposal, which is characterized by its rigorous geometry, following an architectural, structural and functional grid. The volume of the building is stacking with the ground, creating the impression that it grew out of it. The design has indirect references to the canyon, which are expressed through materiality -rough concrete-, through different (individual) spatial qualities, through the way that the light penetrates the building from above, as long as through the appearance of the element of water to the open spaces of the museum.
The visitor, having the feeling of enclosure of the space, follows a linear - open air path between to two parallel walls, which refer to the feeling that someone has while walking through the canyon. These walls define the basic access to the building, and the alternation between closed and open spaces of the museum. 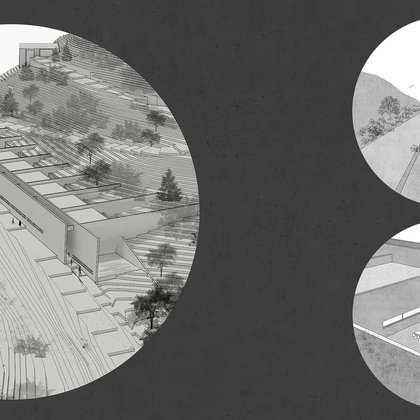 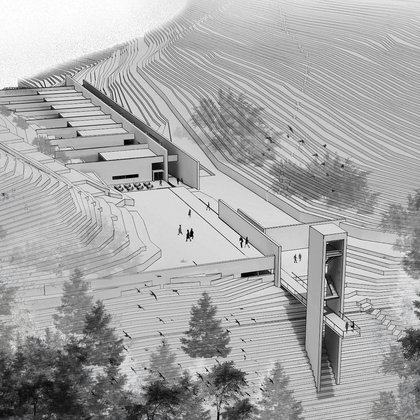 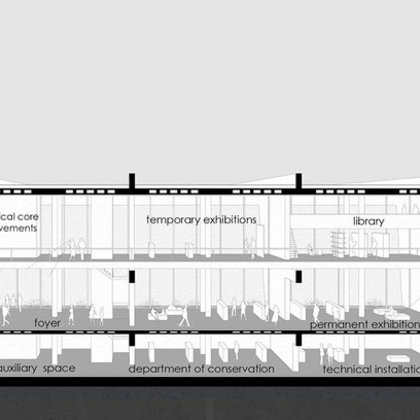 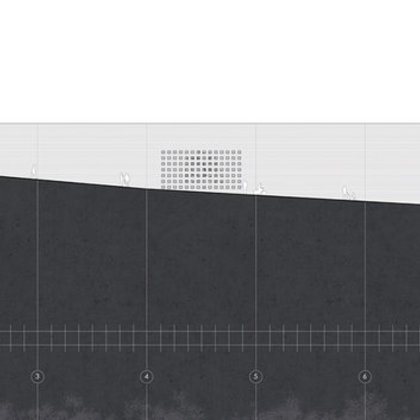 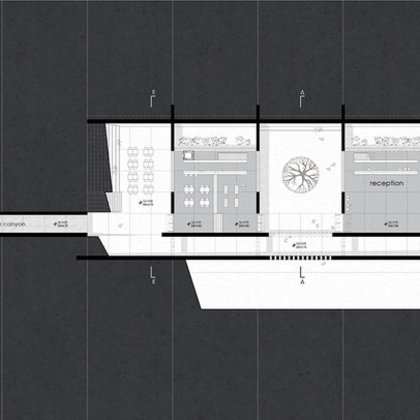 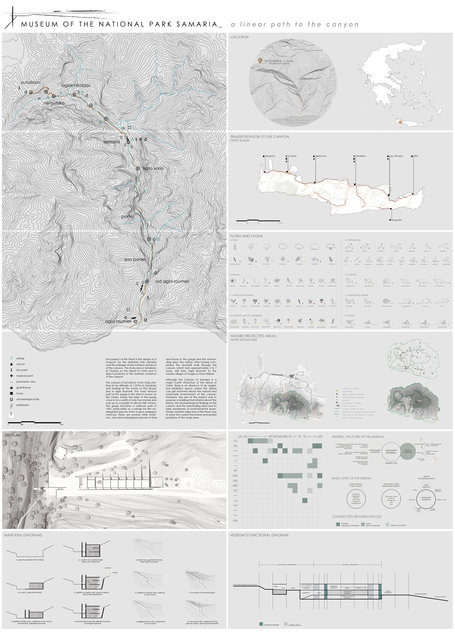 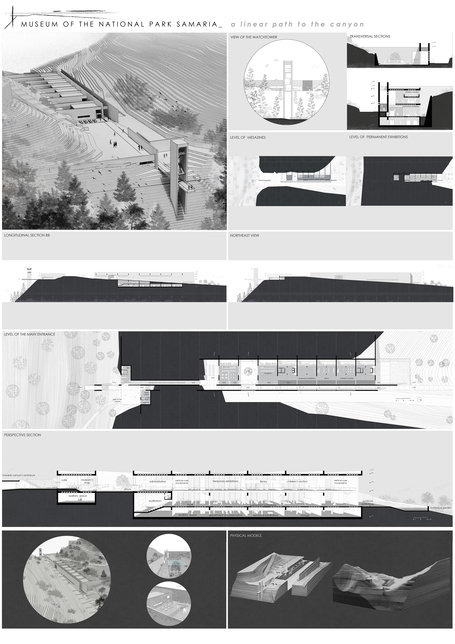