Space for Eating and Desire - a narration between food, body and atmosphere 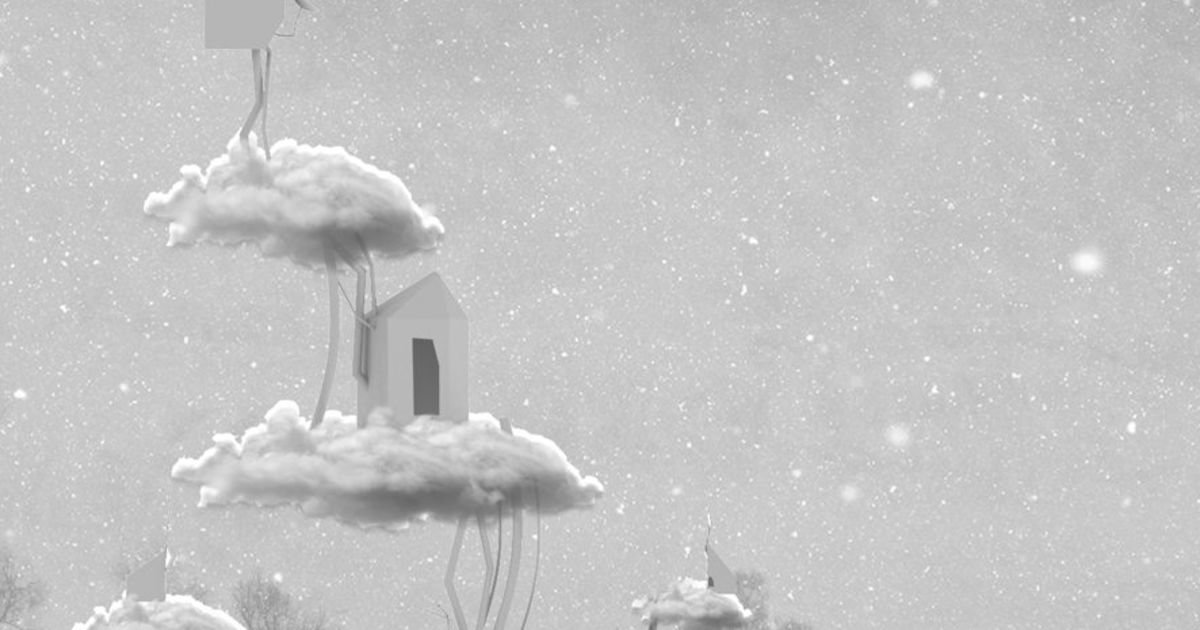 Upon observation and research, it is found that there is a discrepancy between the word ‘restaurant’ and ‘eating space’.
To rethink the existing eating scene, I compare it to the origins of mankind when eating is pure instinct and probe into the problem from the desire, the appetite, the human nature. Instead of designing a new food production process to solve societal-economic issues or criticizing capitalism and consumerism, it is chosen to look at the action of ‘eating’ and suggest a scene, a space, an atmosphere we could create for the action itself.
The research question is, how do we set up the scene for eating, and the pleasure brought by it? How to install the atmosphere for people to eat?
The design is demonstrated as an atmospheric intervention. I visualize a boiling machine as source of warmth and steam. Different puff of islands are generated from it.  All the islands are connected by chimneys which is as well the structural element. The chimney is the expression of the repressed side of eating scene: chaotic, mess, uncontrollable, left daily traces, nevertheless it is the source of atmospheric steam and smoke.  Gerneric types of Island of desires are proposed to meet different emotions, namely Island of Encounter, Honesty, Inspiration and Romance. Intimacy is directly proportional to the time you share the table/mental island with others. From bottom to top, the journey starts from the island with island for brief coffee meetings to long dinners. 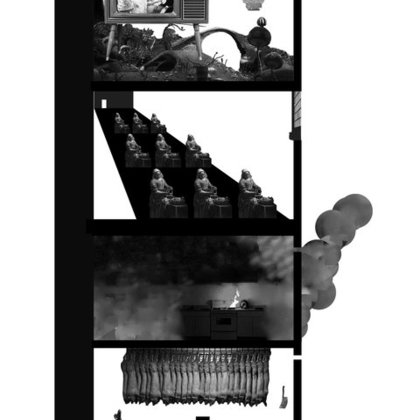 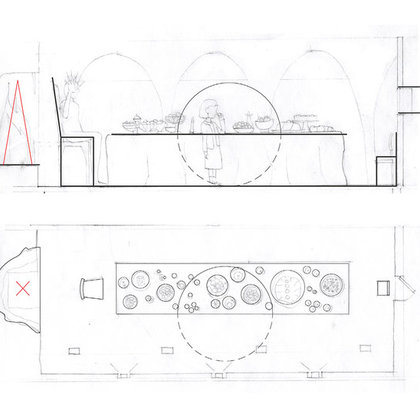 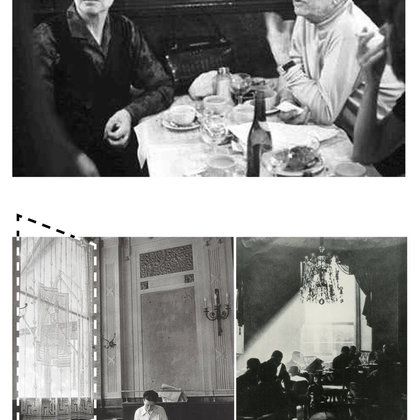 study of shadow and steam in cafe de flore 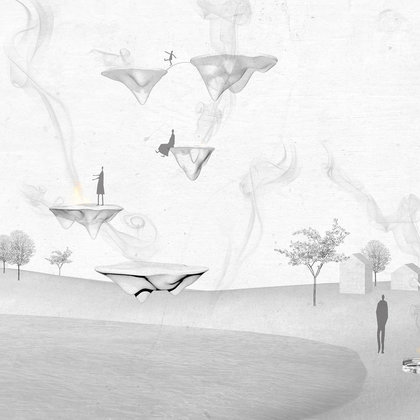 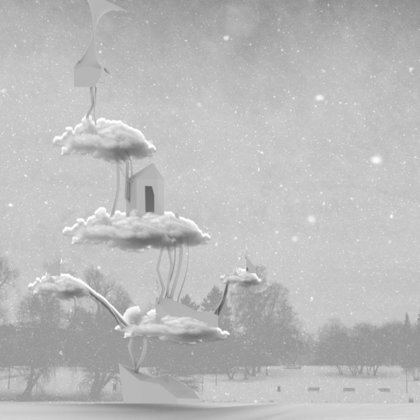 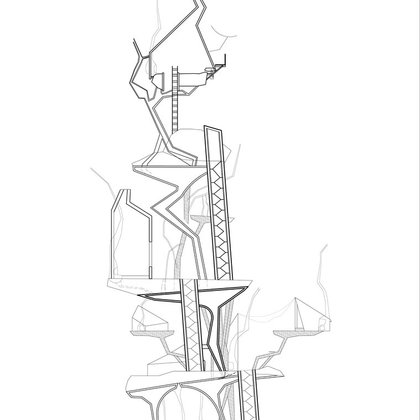 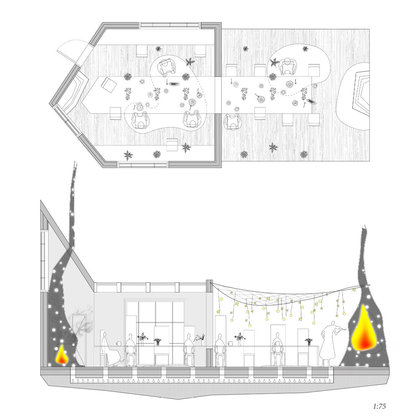 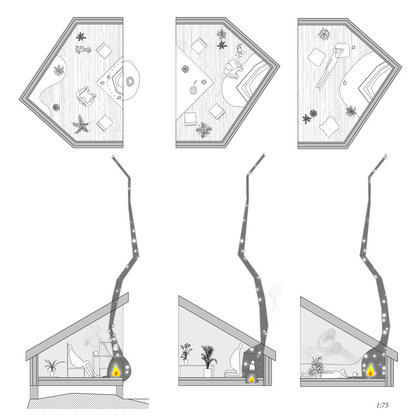 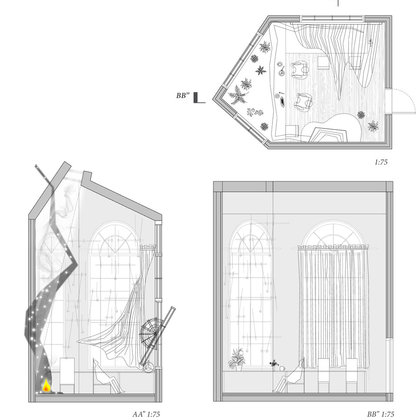 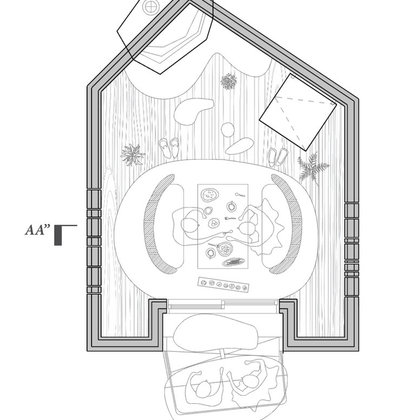 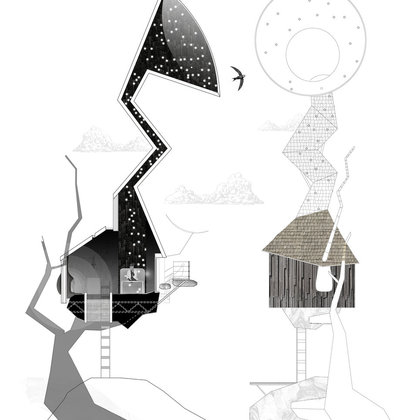 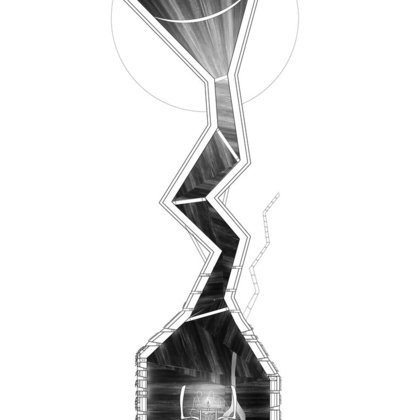 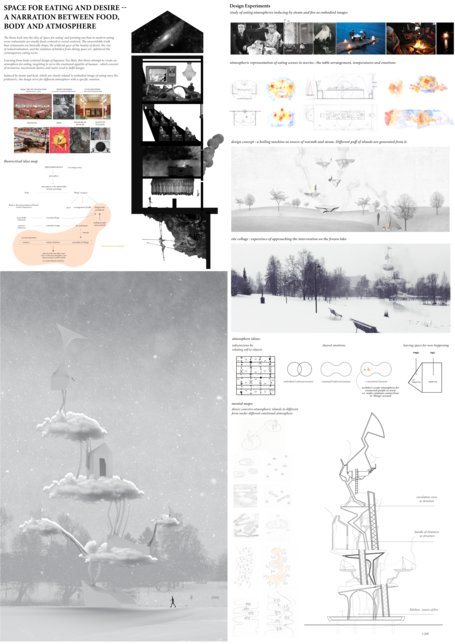 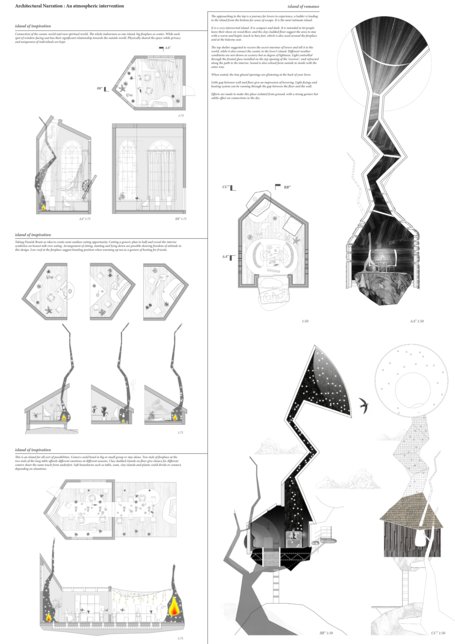