by Olimpia Onci from Politehnica University of Timisoara, Faculty of Architecture and Urbanism, Romania
Tutored by: Demetrescu Bogdan 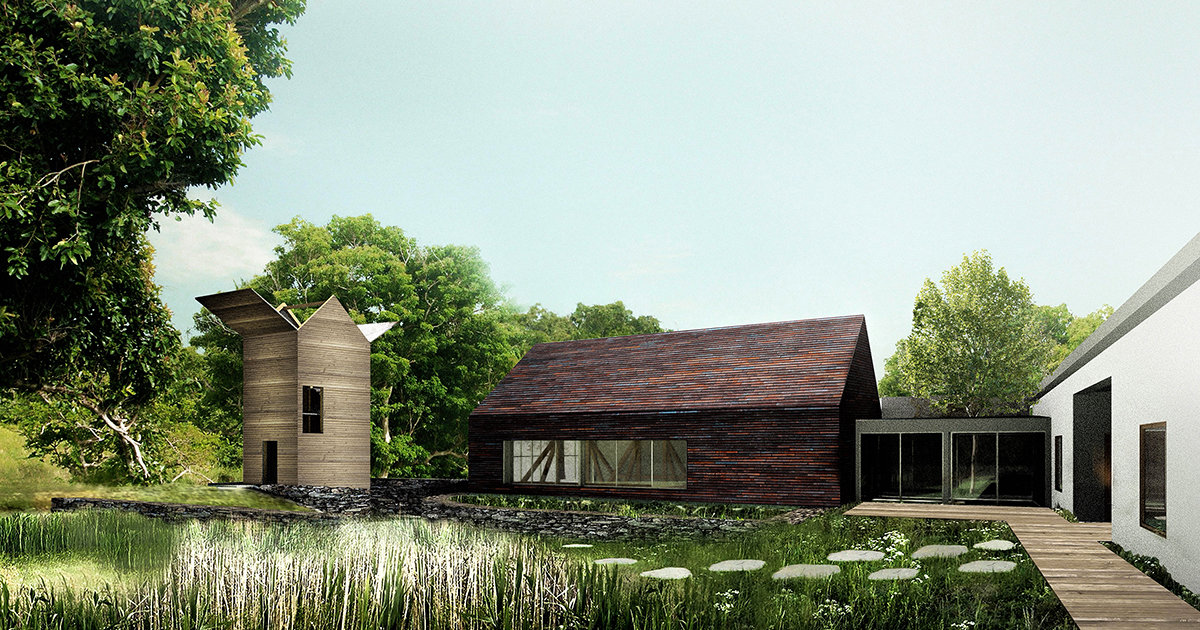 The project consists in the reinterpretation of the local craft beer tradition following the functional conversion of the forgotten ruins of the city into a micro-brewery that reminds of the memory of the beer cellars. In terms of memory, they are the witness that took part of the actual city rising and gave birth to all the ruins functions throughout time. Besides the bar and the underground cellar, there is a tower of light, an street infill space production brewery and from the old existing house, now divided in two, a new ground floor and attic vacation rental. The bar and beer cellar are grounded on the old cellar print keeping as memory the old wooden roof structure as an omnipresent, nonfunctional but memorial object. The bar access is made from the courtyard level through an entrance object that connects the bar and the vacation facility.The tower rises tender from the ruins, with a respect towards the place history, keeping its memory.The used material is wood and it completes the memory of the old used material at the interior buildings of the fortress. Its inner core is characterized by a symbolic vertical promenade with accesses from the lower courtyard and the upper one. The way is occasionally interrupted by horizontal platforms oriented towards main city places and courtyard.
As an individual element, and without the continuity of a ruin complex, it stands unbalanced.The spatial configuration of the new object follows the vertical, the same vertical of the tower function and it will watch over the city as an representative landmark. 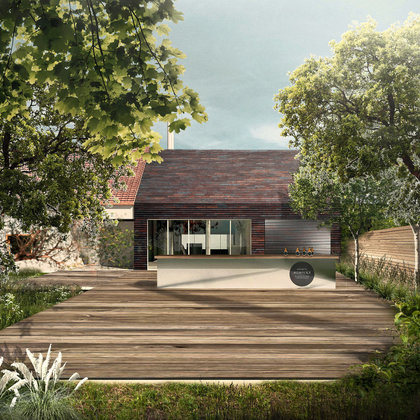 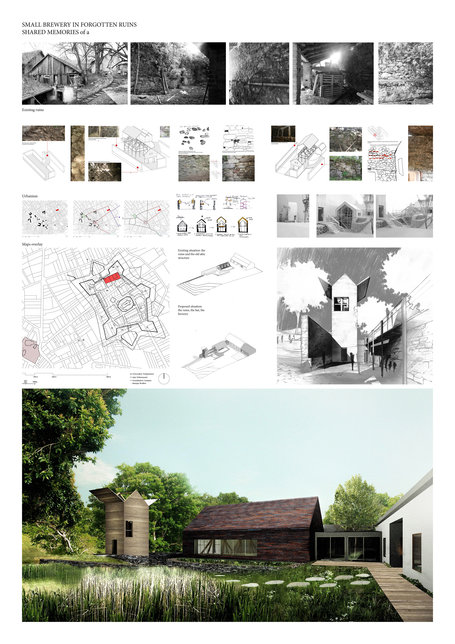 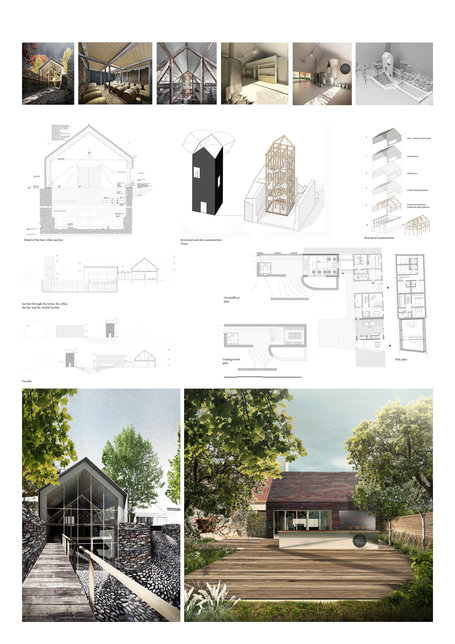