Architecture of the Enclave 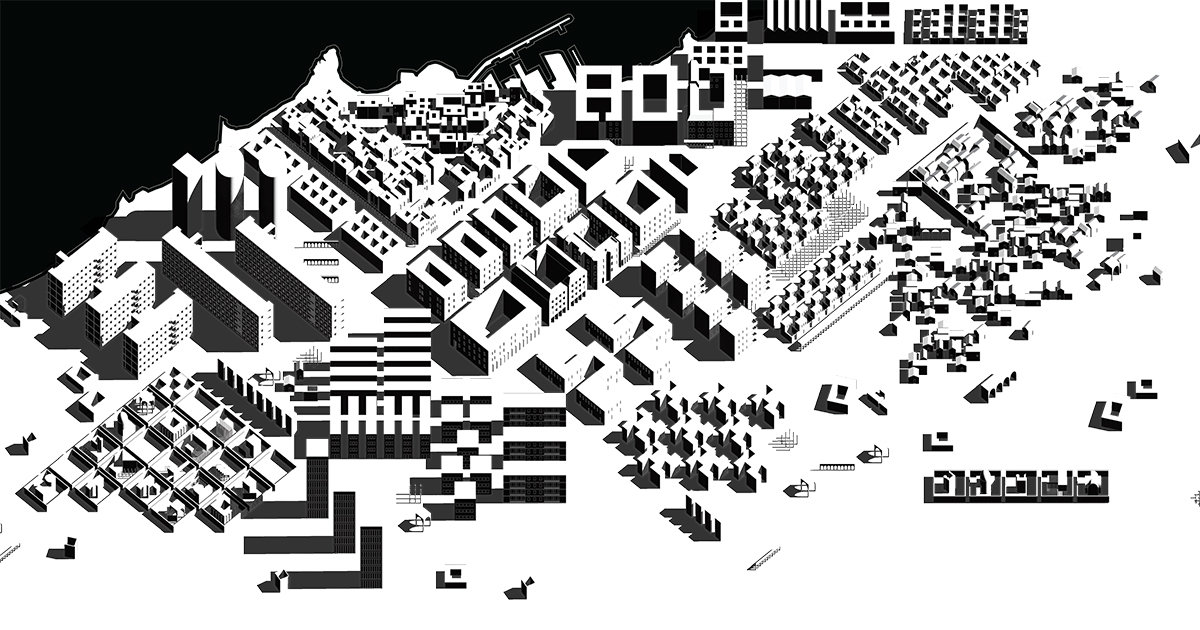 The main theme tackled in this thesis is architecture’s struggle between openness and enclosure. The common understanding of “openness” tends to despise walls and to see productive consensus as the ultimate aim of architecture. Still, the act of setting a boundary is and has always been the fundamental operation of architecture. Ultimately, this question of openness and enclosure is yet another expression of a conflict that continues to exist since the beginning of human settlement: the perpetual struggle between the individual and the collective. In a history of thousands of years, we have come to organize ourselves in communities and cities that naturally bring about a continuous clash of interests and values. Despite the unease that any conflict involves, communal life remained a successful model because it is through conflict and not consensus that evolution occurs. However, our interest only clarified when confronted with the context of Casablanca. It offered us a tangible artefact alongside which these themes could be discussed: the figure of the enclave,highly reoccurring in post-colonial cities, proved to be strong enough to carry out research in architectural terms.
The poster displays a formal discussion on the enclave on the scale of the city, the building and the room, moving back and forth between site-specific and autonomous studies. The three interventions in Casablanca propone the idea of enclaves as a (semi-) public spaces of collision and concentration. 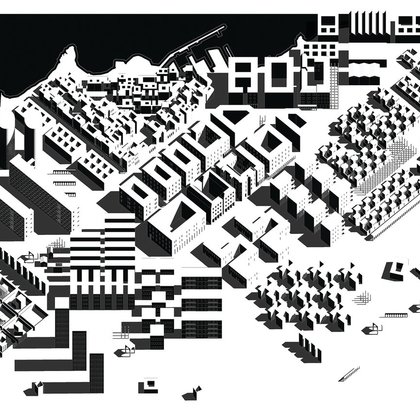 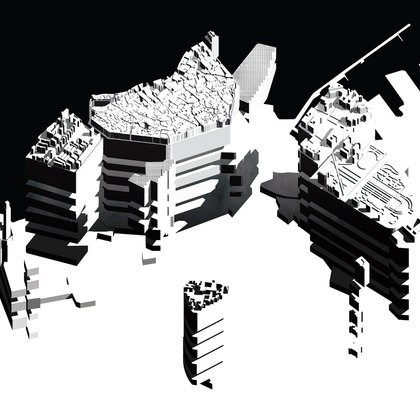 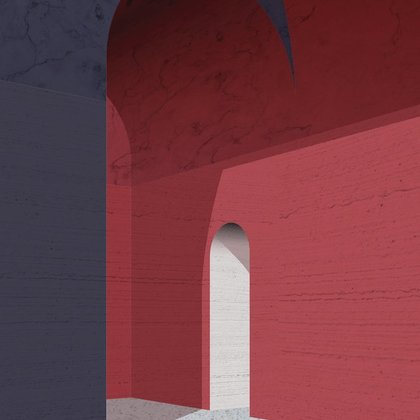 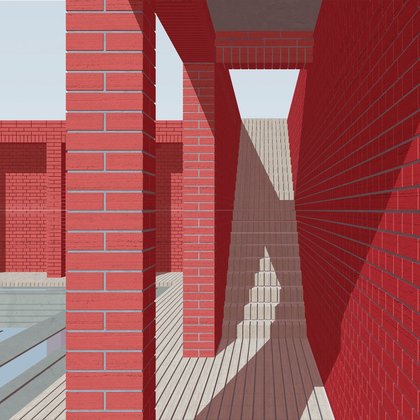 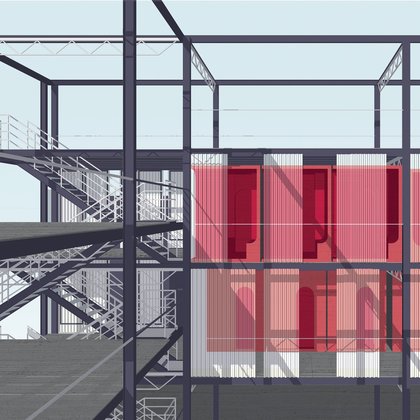 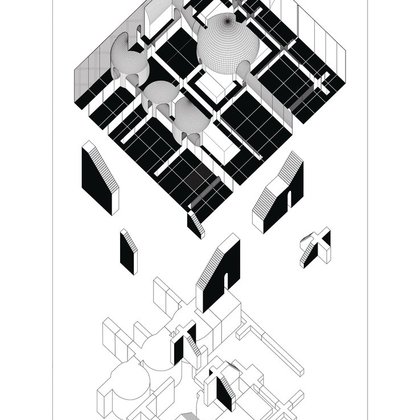 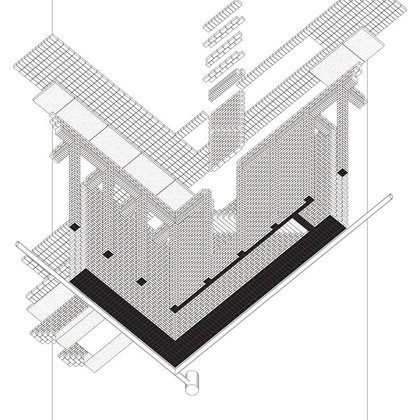 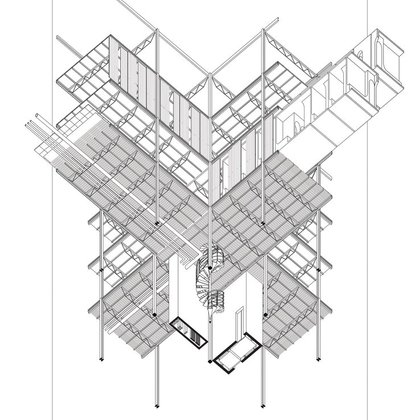 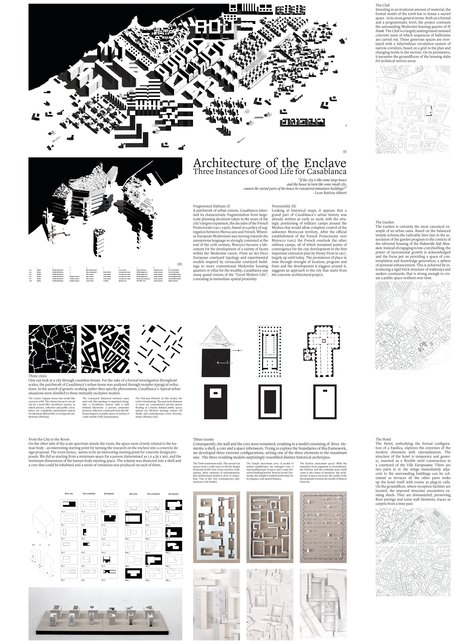 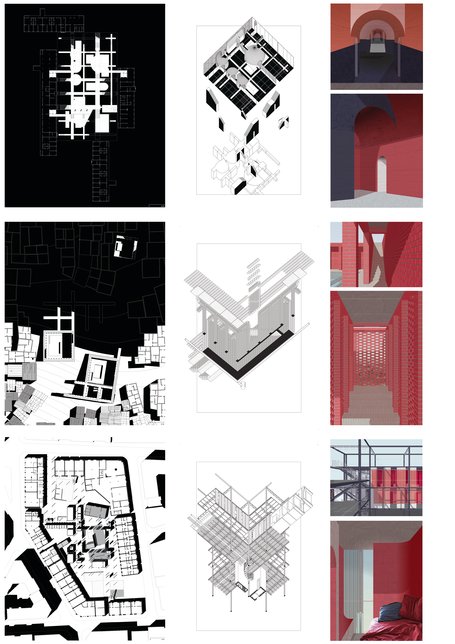