by Mihai Madalin Joldes from Technical University of Cluj-Napoca, Faculty of Architecture and Urbanism, Romania
Tutored by: Vlad Sebastian Rusu 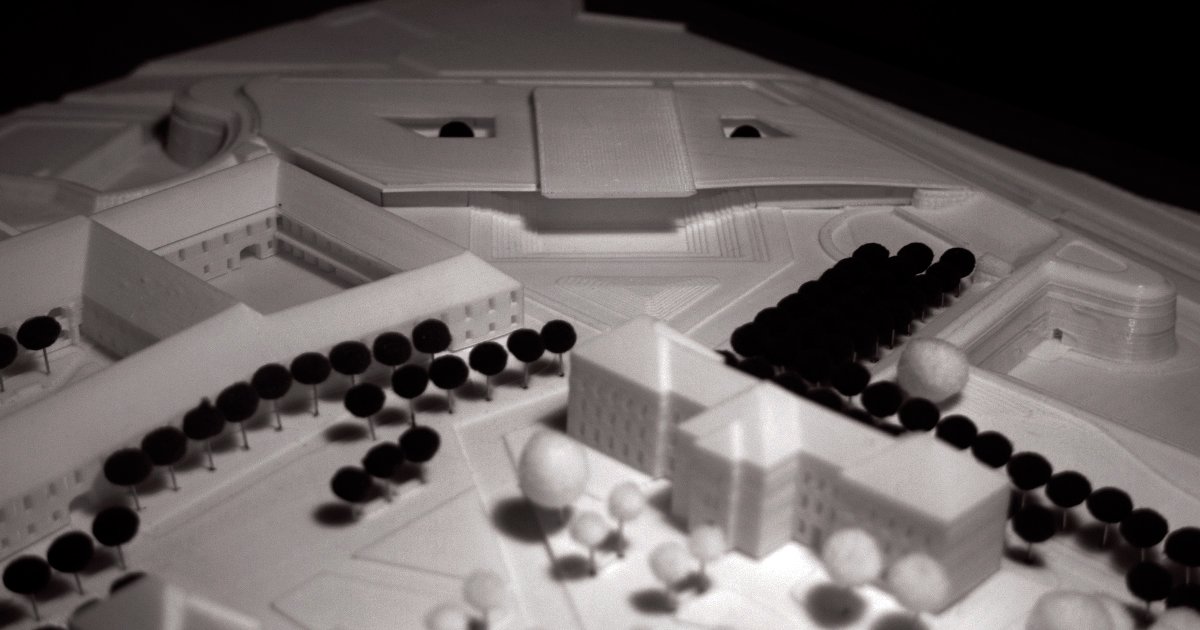 Alba Iulia is currently in need of a new theatre in order to meet the cultural requirements arising as a result of the rehabilitation of the Vauban-type bastioned fortress there. The theatre which I propose inside the fortress withdraws in front of monumentality of the historical buildings, being placed where it can unfold its spaces, without their envelope harming the context. The theatre becomes a component of the underground, it self-diminishes its physical presence, leaving the context, through its own functionality and beauty, to assert itself as the main element.
The theatre connects at underground level with two buildings already existing on the site - former Bethlen Higher Academic College and the Pub 13 restaurant, an underground eating venue inside the bastioned tower. The restaurant shall constitute the catering point for the assembly created and the building of the former college shall reclaim its educational function, becoming a vocational afterschool.
The planimetry has been designed in such a way that two accessible courtyards have been placed towards the direction of the connections with the two buildings, which represent the end of the perspective for those who approach from the restaurant and afterschool via the access corridors. Once visitors reach the inner courtyards, they are already in the main foyer of the theatre, which “envelopes” the flexible performance hall, which could expands to the outside through an amphitheatre.

The panel has appreciated the ability of the student to insert a contemporary vision onto a historical site. He created an architecture that self-diminishes its physical presence in its context.
Another outstanding feature of his achievement is the complexity of the project. The student has realised a series of well detailed analysis of the current architectural situation of the historical site, which served him as basis for implementing his own vision and concept.
The student has produced not only a promising architectural project, but he also focused on the urbanistic aspect of his diploma project, by creating new pathways or developping on top of previous built historical ones. He also proposed new public spaces in the citadel and integrated them among the previoulsy built ones.
The student has taken into account all the characteristics and data of the historical site, by analyzing and integrated them according to his own vision and creativity.The presented project brings a very promising cultural aspect in Alba Iulia, one that is fully able to satisfy the cultural needs which have been brought here as a consequence of the recent redevelopment of the Alba Carolina fortified citadel. 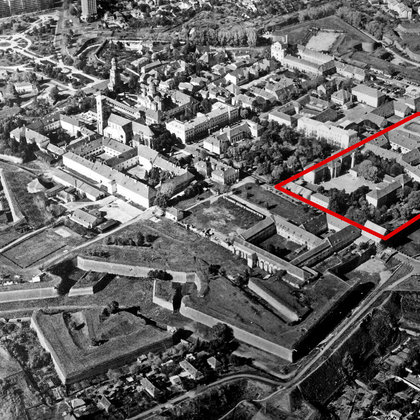 1995 Aerial view of the citadel 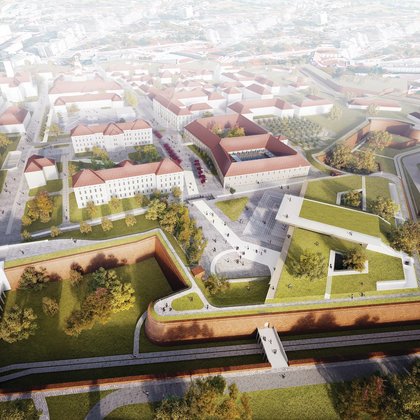 Aerial perspective over the project proposal 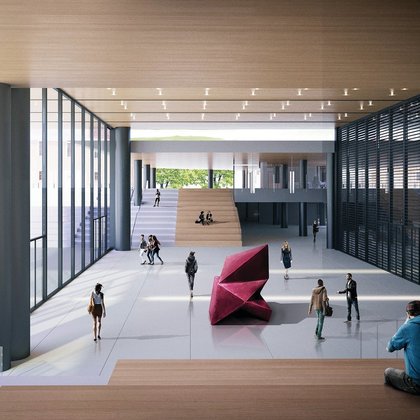 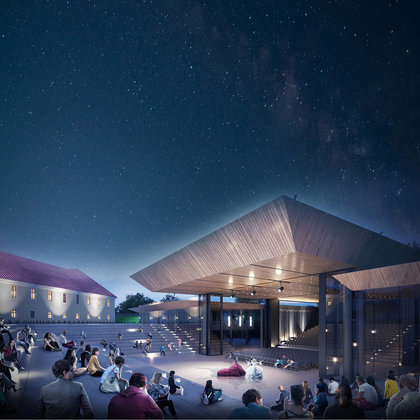 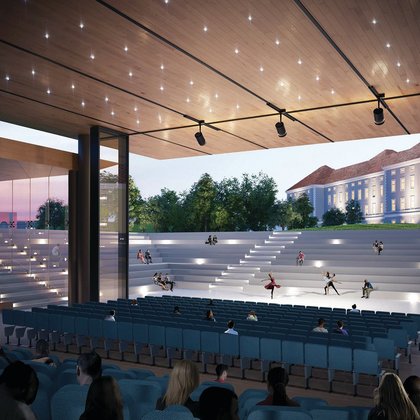 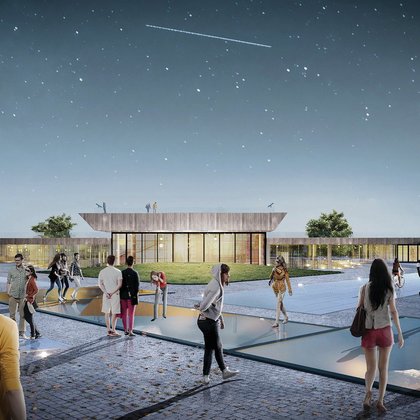 Highlighting the Remains of the Eastern Gate of the Roman Fort 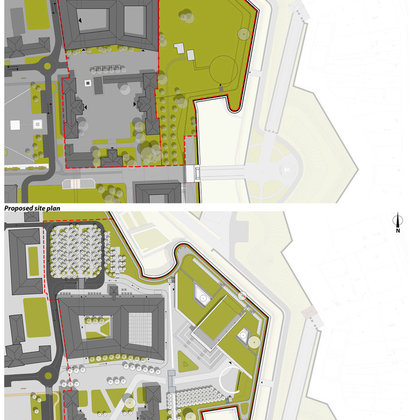 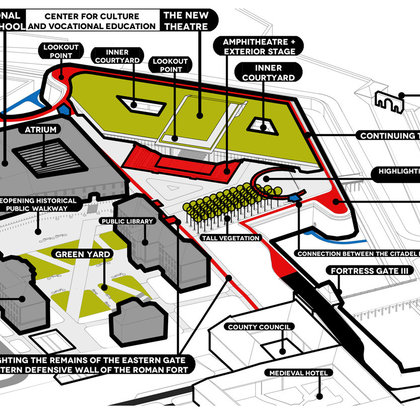 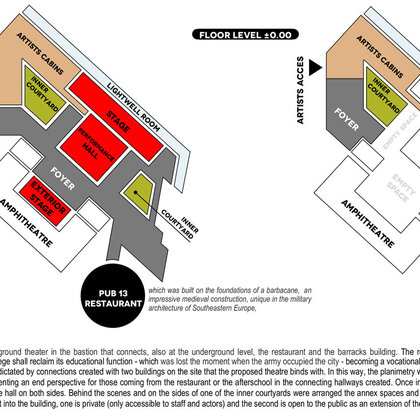 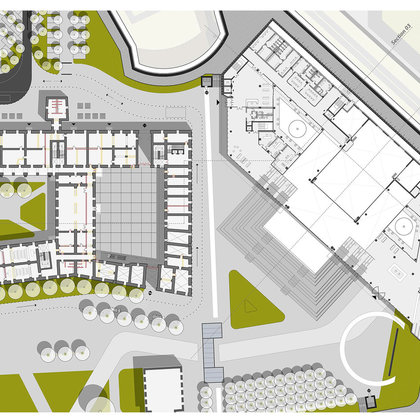 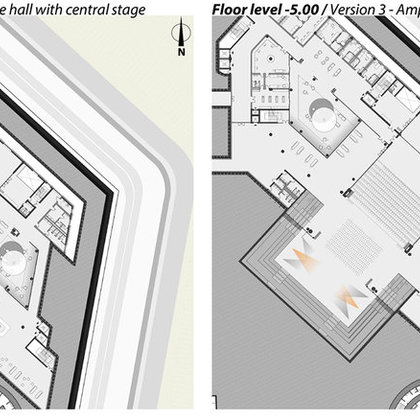 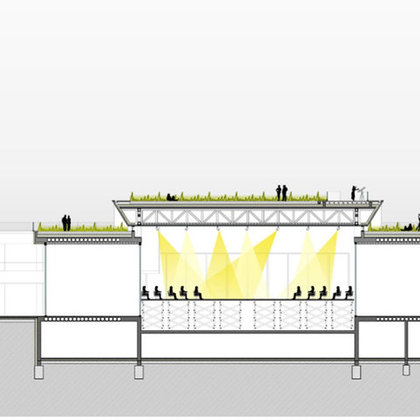 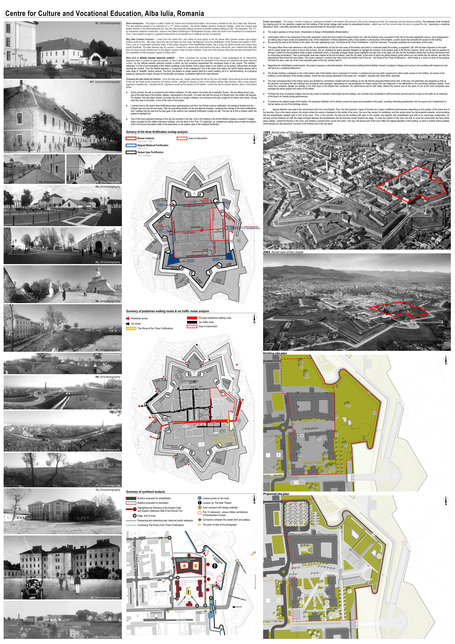 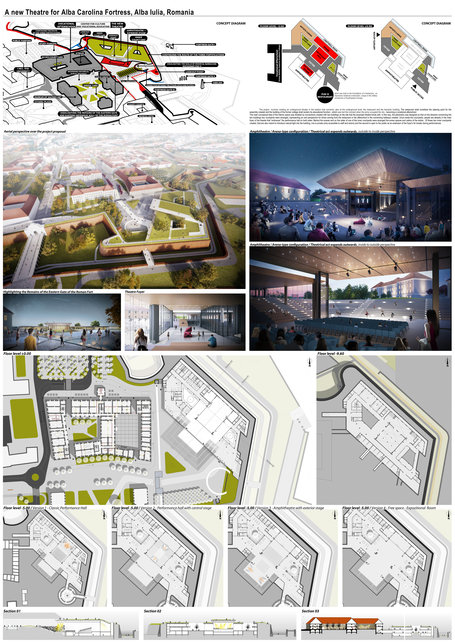