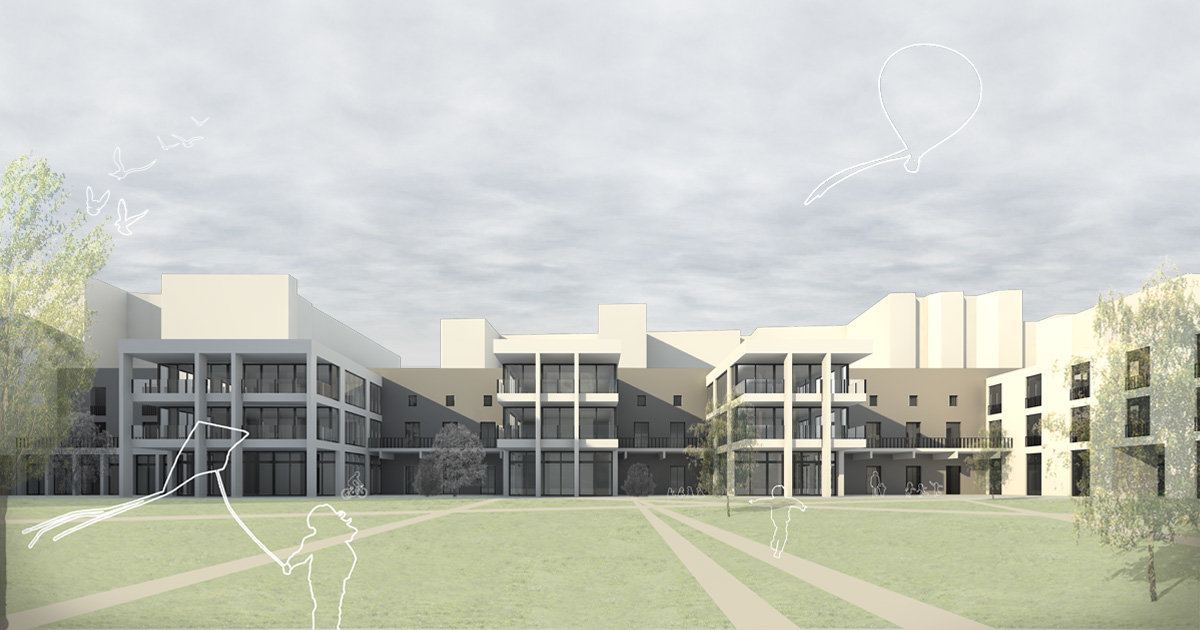 The diploma project comes from a study experience in Paris at Ecole Nationale Supérieure d'Architecture La Villette. The project theme has been the subject of a public competition that the Parisian municipality published for the reconfiguration of an urban block located at civic 103 of rue Raymond Losserand. The project is articulated in three phases: reconfiguring the heart of the block, defining a building for the main entrance and filling an urban void on rue Gergovie. From the compositional point the project has been developed by parts: first the definition of a linear volume exposed to the north, which defines the boundary between the interior space and preexisting private residential buildings, containing toilets and stairway. Four more volumes are added to this volume. They are open to the outside, designed for the main functions and interspersed with green courtyards. The first is for a library, the second and the third are for a nursery which englobes a green courtyard. This has allowed the conservation of some trees with a particular heritage interest. The main spaces are open to the garden, allowing direct contact between outside and inside. The building at the end of the block is for a kindergarten with classrooms facing the east. The central walkway, which recalls the typical “passages parisien”, crosses the length of block. The reconfiguration is completed by two residential buildings, one marking the entrance and the other filling the void on rue Gergovie. 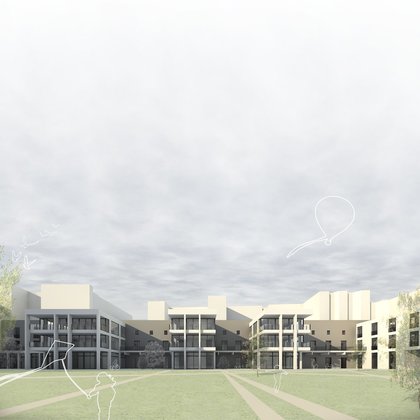 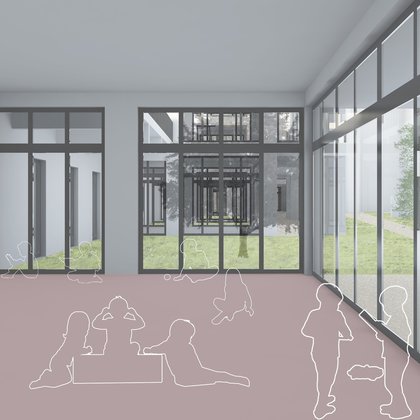 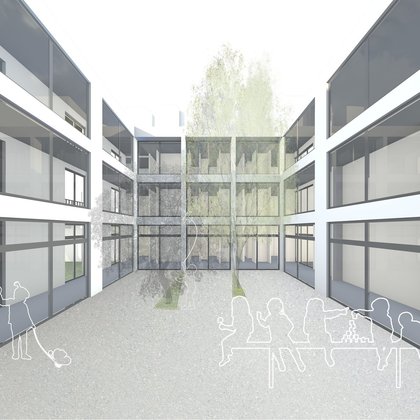 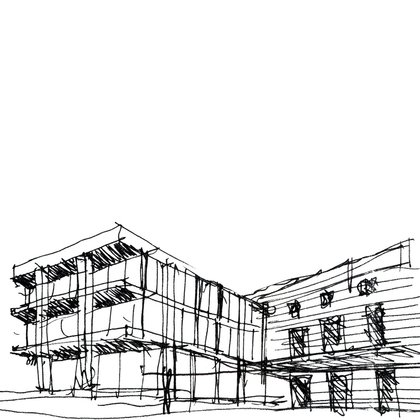 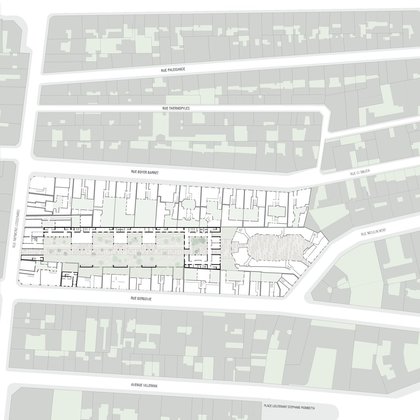 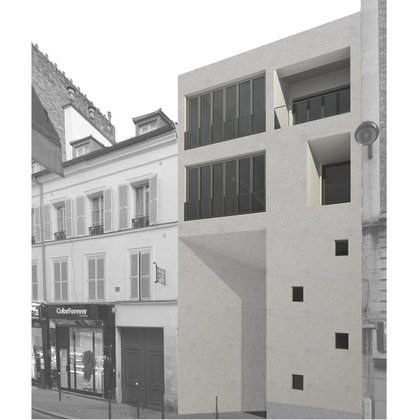 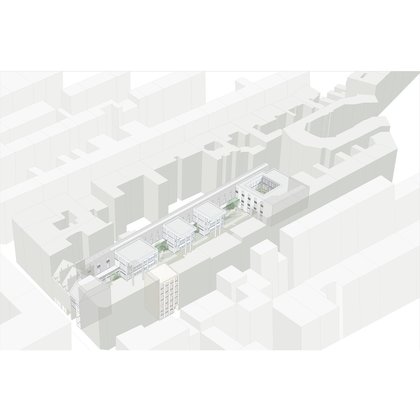 axonometry of the urban block 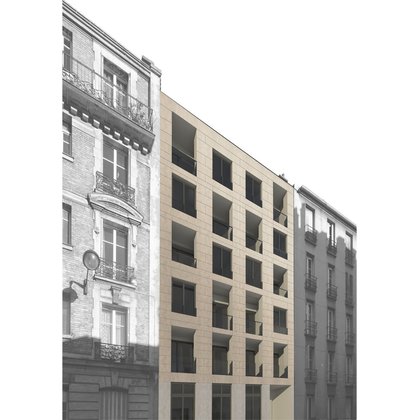 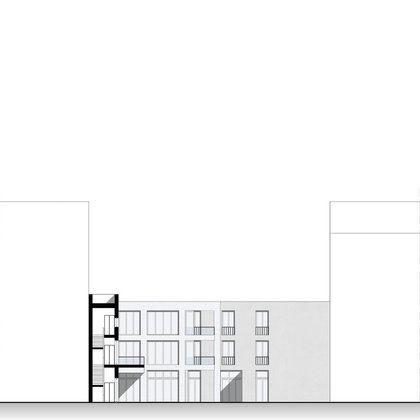 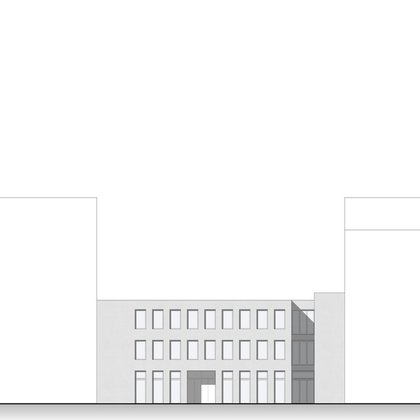 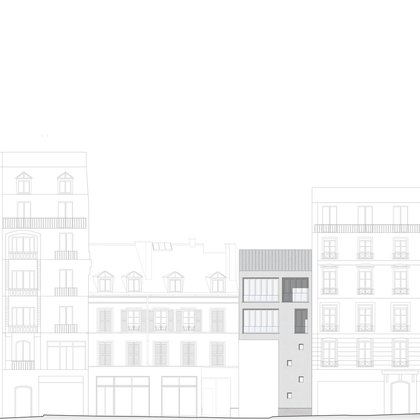 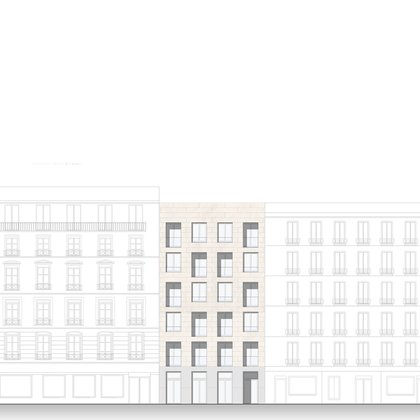 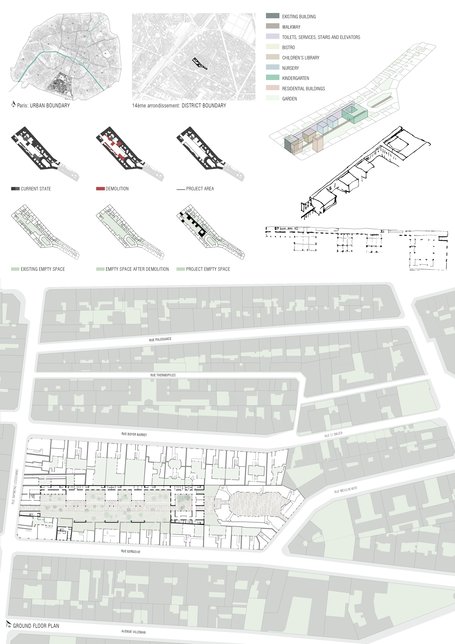 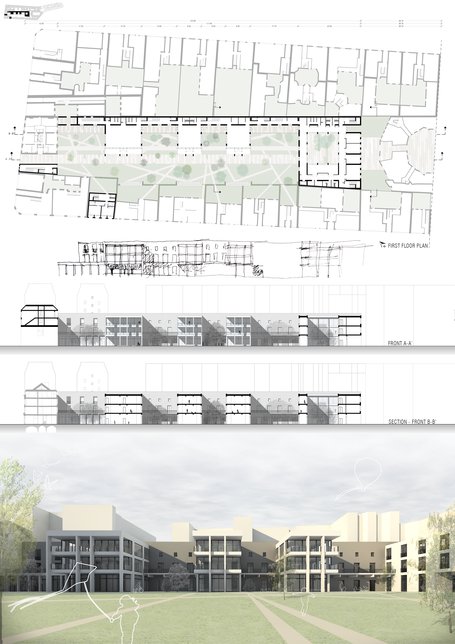