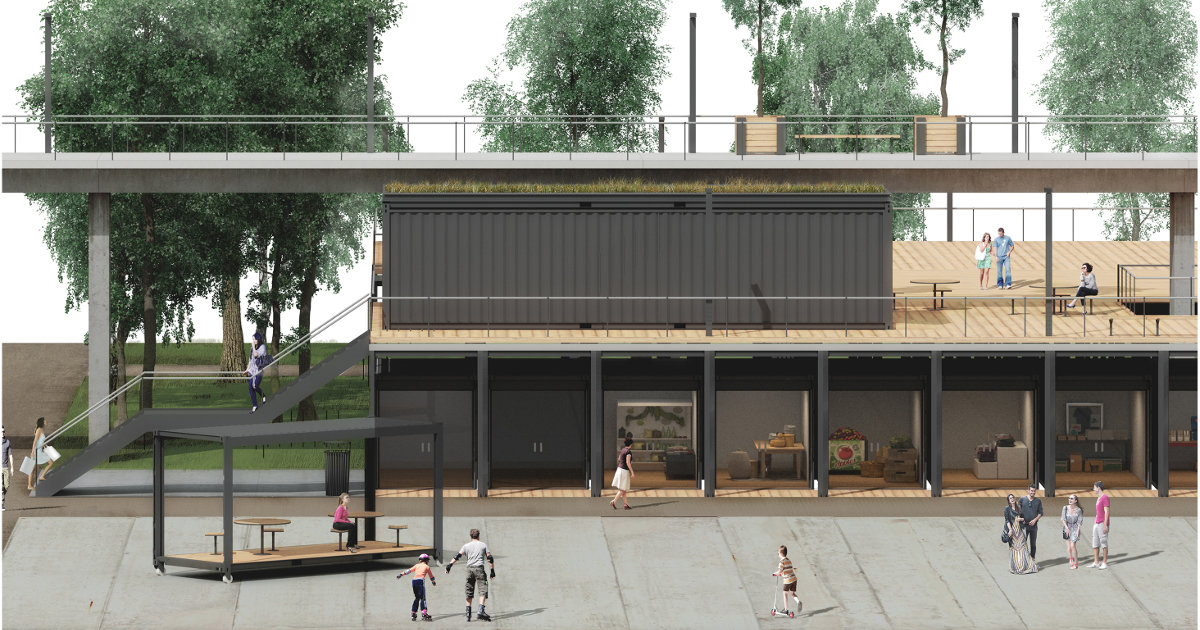 In the context of the current critical global migration known as the ‘refugee crisis’, thousands of people attempt to reach Europe in search of opportunities. Unfortunately, some of them do not succeed, and the rest face all kind of impediments when arriving to the host countries. Luckily, Valencia offers itself as a welcoming city but lacks enough specialized centres to tackle the situation.

The Cabañal neighbourhood is the chosen place to host a project that provides solutions to the problem. It is a highly degraded place, with large urban gaps able of hosting a dual functional program: the one needed by the refugees and the one convenient for neighbours. Under this approach, the project is not only a refugee centre but also evolves towards a more complex functionality, where the host society will be necessarily involved.

Three intervention scales are raised, each of them associated with a different constructive element. The city scale, which relates the neighbourhood to the rest of the town, uses the reinforced concrete to shape an urban walkway. The building scale, where the different functionalities are grouped, is designed with modular steel platforms. Finally, shipping containers as a constructive element are proposed for the human scale. Correctly transformed, these elements allow for a flexible architecture, able to adapt to a future defined by temporary requirements which someday must end.

“Architecture is about trying to make the world a little more like our dreams”, this diploma project stands to this well-known quote by Bjarke Ingels. This project's author has dreamed of a better world, and upon awakening, he has worked on his proposal... persistently. When asked to solve a complex problem, he did not simplify his reflections, instead, he turned them into an open question. In this way, he came up with a large-scale design that solved much more than what was demanded. Thus, this diploma project welcomes refugees, solves the shortcomings of a neighbourhood in Valencia, and manages to get both worlds crossed and enriched.

As a result, the proposal combines the different areas of knowledge which come together in architecture with the sensibilities of someone who is witnessing his time. Firstly, there is a double critical vision that becomes a priority objective of strong social commitment: on a global scale the migratory crisis is not alien to architecture, and at a local level Valencia suffers from specific urban problems. Secondly, the design avoids becoming an iconic image or a formalistic built solution. On the contrary, the flexible system proposes an adaptability and re-uses the heritage by establishing a continuous dialogue with the existing fabric. Thirdly, the deep technological development of the proposal gives validity to the project as a constructed reality. With all this, the author proves to be consistently prepared to face his professional career. 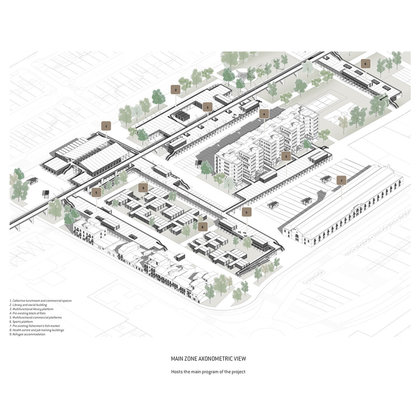 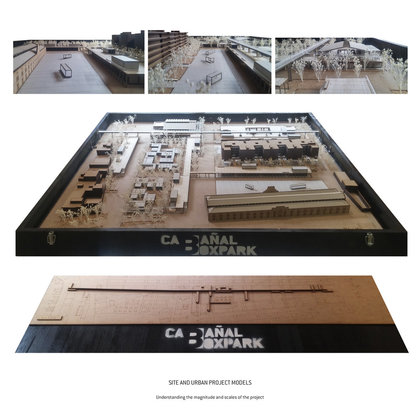 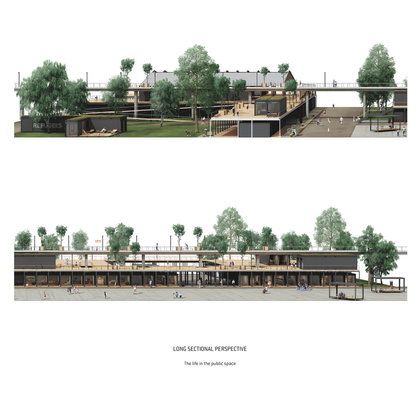 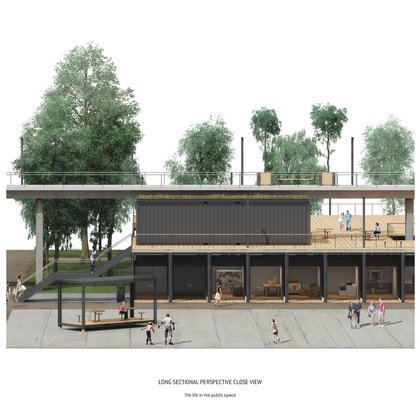 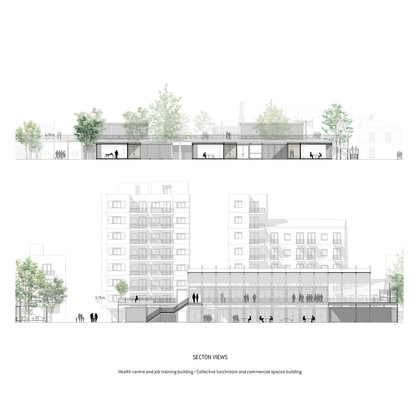 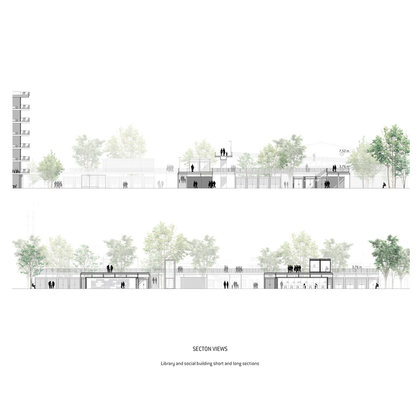 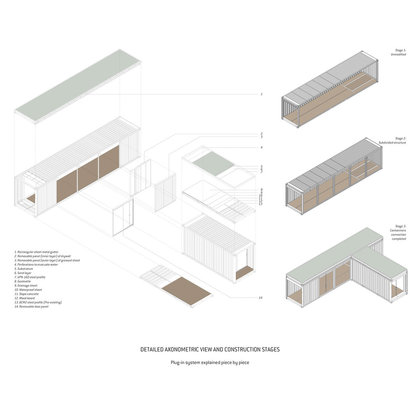 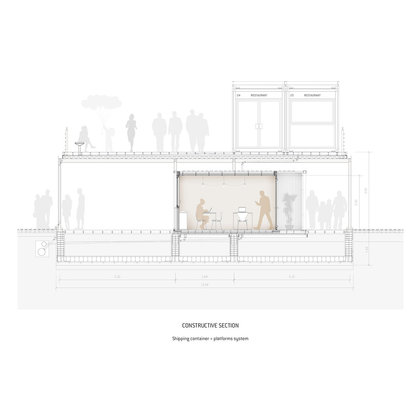 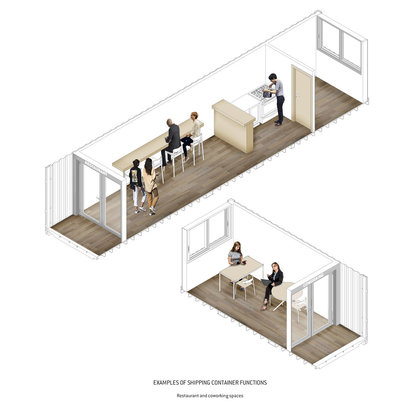 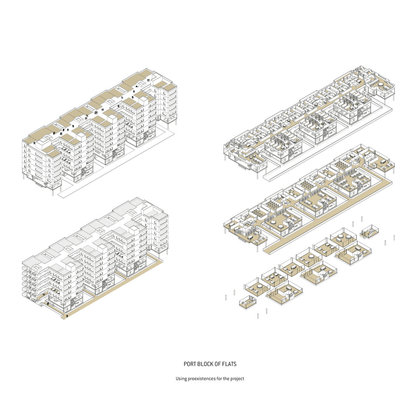 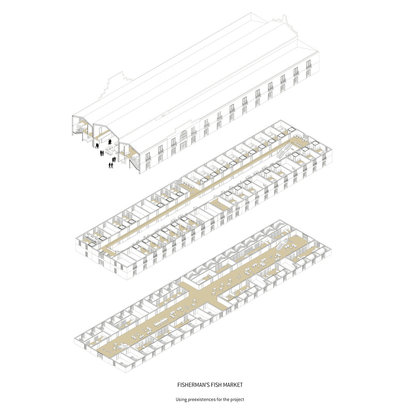 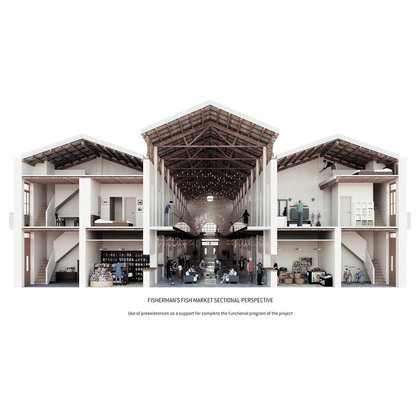 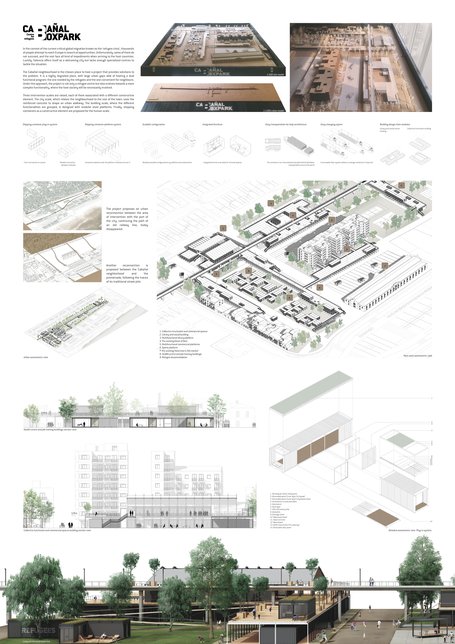 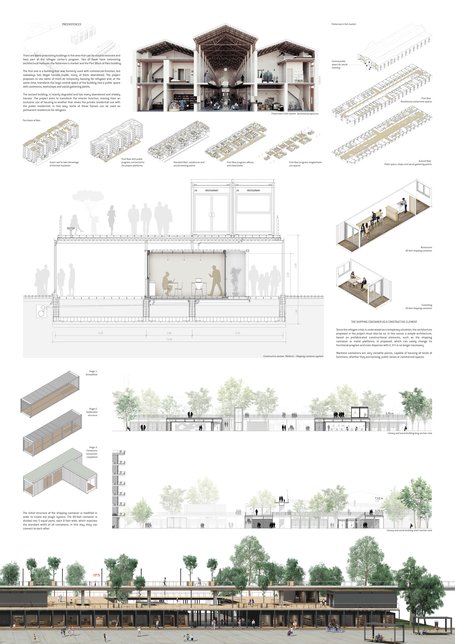