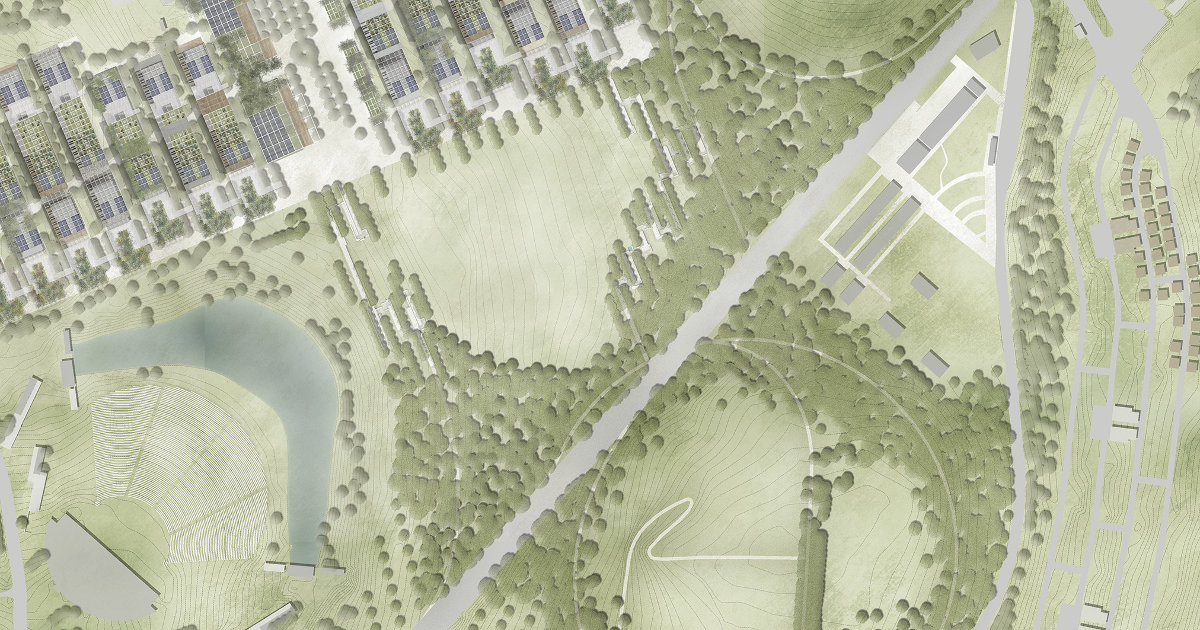 The intervention area is the urban park of Monte do Gozo, located on the outskirts of Santiago de Compostela.
In the heart of the park there is the Ciudad de Vacaciones, a pilgrim residence, inaugurated in 1993 for the Jacobean Jubilee and equipped to accommodate up to 3,000 guests per night.
Starting from the recent park redevelopment project, after an analysis of the existing facility it was decided to propose a retrofitting solution that could considerably improve the performance of the buildings.
The choice was not to touch the interior and functional layout of the rooms in each residential blocks and work exclusively on the envelope, mitigating the major environmental and energy quality problems that a structure of this size may have.
The incorrect solar exposure of the blocks and energy-hungry materials led to the idea of introducing a modular steel structure that could be adapted to the shape of the ground and to allow proper shielding of buildings by solar irradiation. A customizable "skin" is attached to this, which mitigates the visual impact of the buildings. The re-use of walkable roofs has green impact on the area by returning the natural space subtracted from the complex. Moreover the modularity of the single-released concept allows to intervene locally or over the entire residence by offering a dynamic proposal, variable for all kind of budgets.

The thesis addresses an articulated and topical theme based on Xunta's program directions Municipal Council: the regeneration of a green area equipped to serve both the citizens of Santiago de Compostela and the pilgrims on the way, and the retrofitting of housing for people coming to this area.The thesis took advantage of a research period in Lisbon at an landscape architecture atelier. The thesis, at the beginning, provided for the survey of the area and existing housing. The elements of the site, such as trails, fences and existing tree species, have been analyzed in detail in order to target retraining in a more targeted manner. An analogous operation was carried out on housing, highlighting its performance shortcomings, particularly as regards the thermal and energy aspects. The proposal developed in the thesis is a mature and complete job, where the various design scales from the territorial to the architectural scale up to the constructive detail are managed in a coherent and functional way with respect to the objective total. Ideas for open spaces, as well as retrofit interventions on the existing ones, appear equally convincing and testify to the possibilities of transforming an environment rich of historical and symbolic value into a place of great urban and architectural quality. The ability with which the candidate has dealt with a topic of such amplitude and complexity has made the thesis a possible point of reference for future work on similar topics. 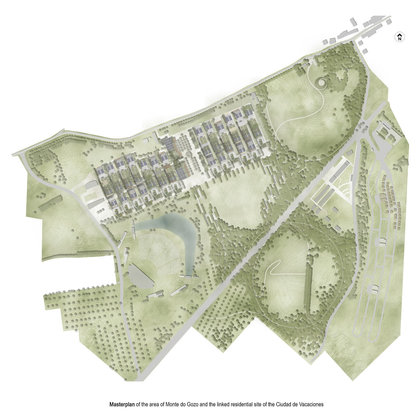 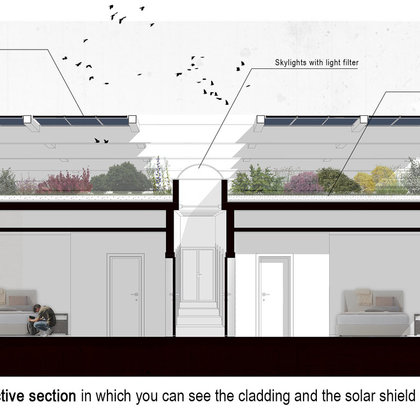 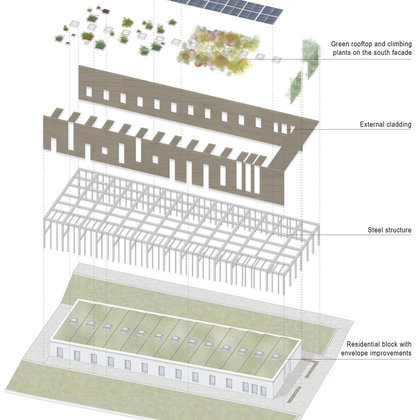 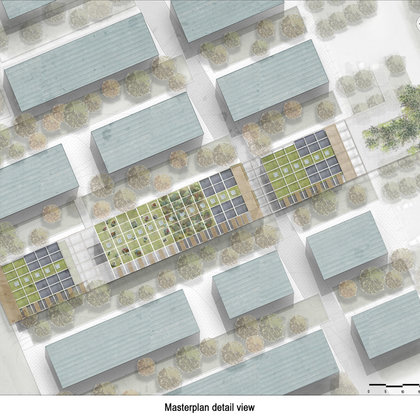 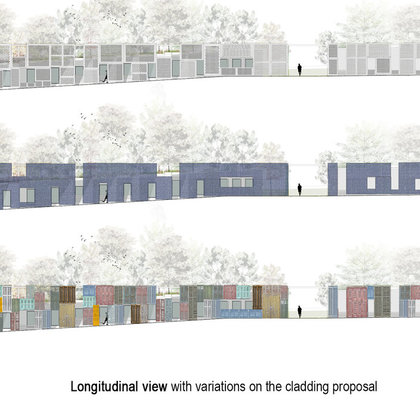 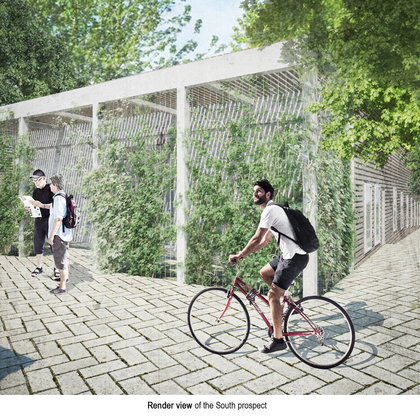 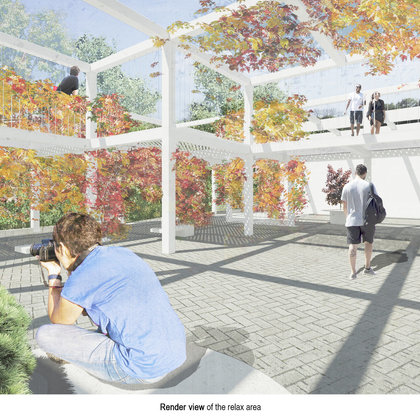 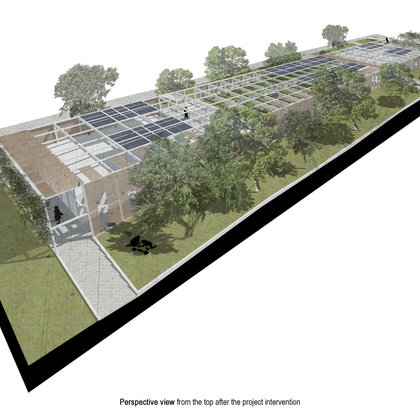 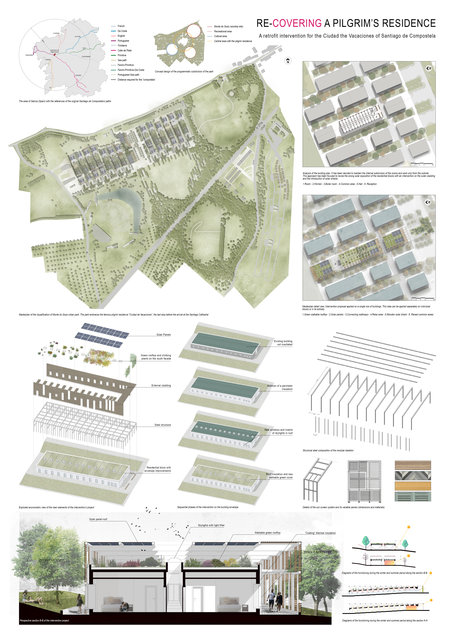 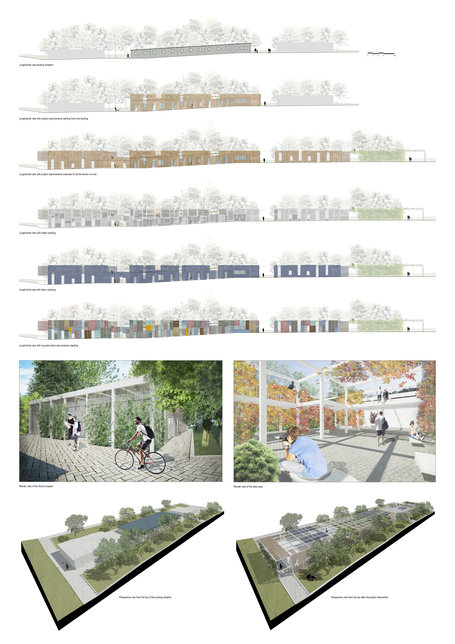