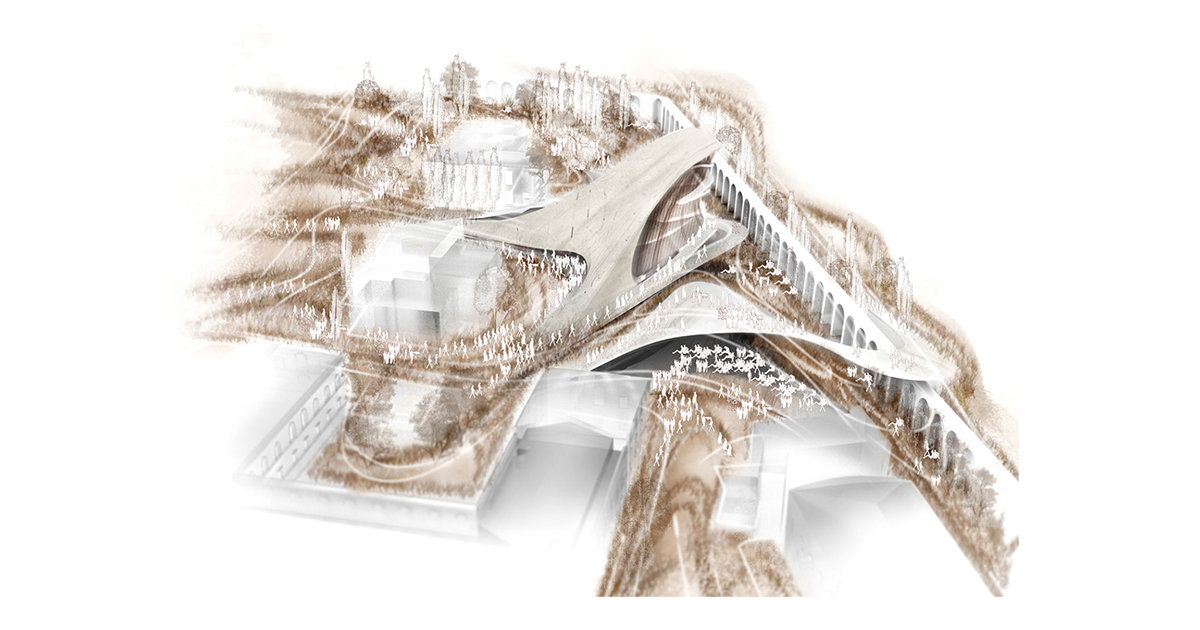 Project Description
_The project aims for designing a student center in the university campus next to the reminiscent of a medieval wall.
How Bologna is perceived is that; a medieval city that is strictly defined by horizontal and vertical lines; however, this project handles all of the definitions in an in-between space that takes being /oblique/ into account that metaphorically and physically represents the being the antithesis of the current order
_The cultural richness of Bologna is often referenced by the words / intellectual lab / That is prompted by the expansion of the borders of the spaces that is causing the overlapping programs; thus the conventional spaces stratify within themselves by time, events, and structure
_For the habitants of today the idea of the spaces that flow, transform and overlap with each other is born;
space + program + identity overlap by time, by events, and by the structure
_So the form, the space organization, and the program is quite opposed to the city of Bologna, however, the spatial analysis may suggest that the Bologna is already living in overlapped spaces that are stratifying within themselves by time, event and structure
_By taking the oblique lines and use them to create continuous flow between the spaces by continuous slab that also results in enrichment of events and interaction which are taken from the city of Bologna
_So the /oblique.bo/ does nothing more than the abstract spatial reading of Bologna and concretize it

oblique.bo is a very successful project in understanding and implementing the conflicting urban conditions that are specific to Bologna. Located at the edge of the medieval city walls, the challenge is to form an act enhancing different time segments to propose a new. The flux of spaces taken as the heart of the project is a well-responding idea for the generation of architectural possibilities. It takes what Bologna defines, spatially and programmatically and converts it to a spatial action. The binary situation composed of verticalities (towers) and horizontal structures (walls, arcades, etc.) is expressed on site, where all these converge in a way that they could propose an antithesis of Bologna’s current psychical characteristics. 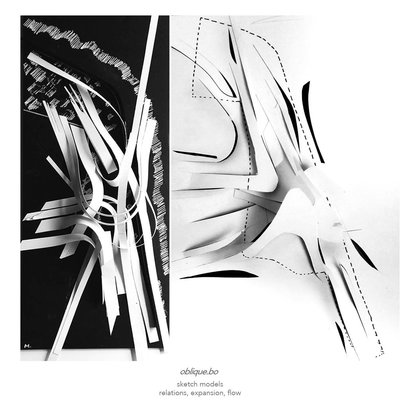 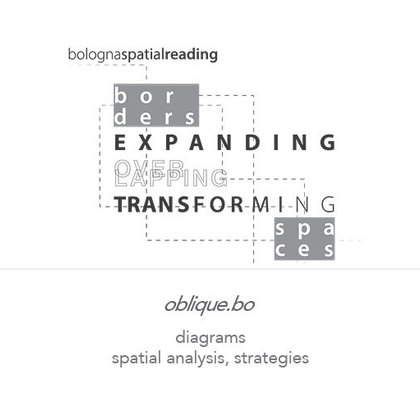 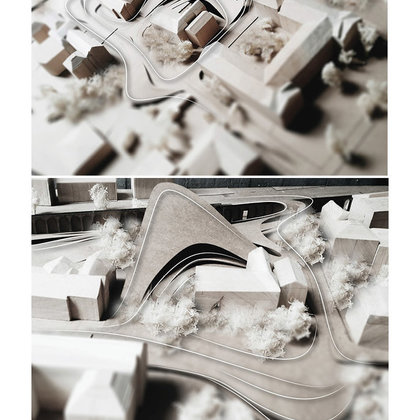 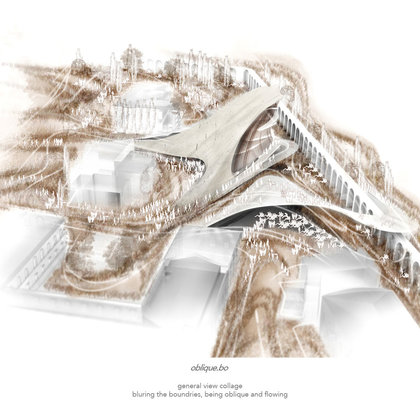 general collage | bluring the boundries, being oblique and flow 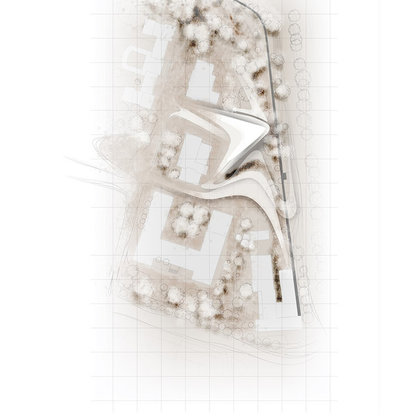 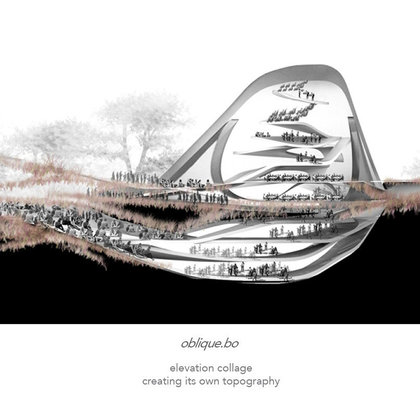 elevation collage | creating its own topography 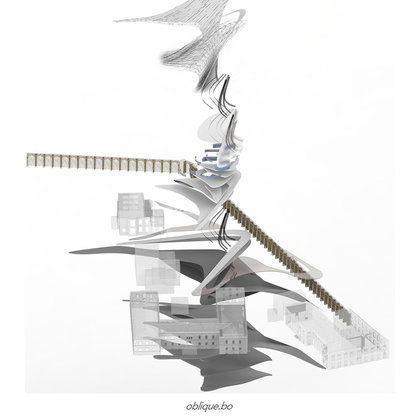 exploding into the elements 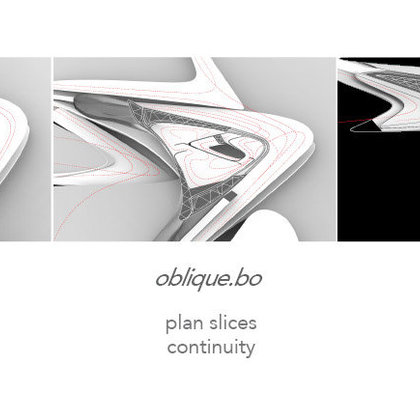 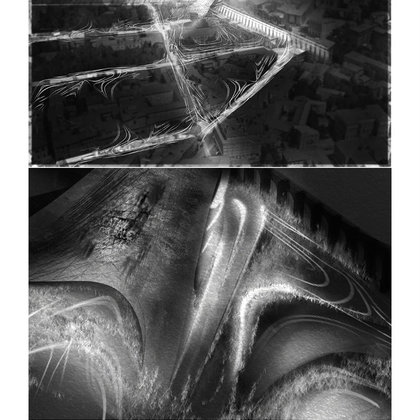 during night | lighting the area 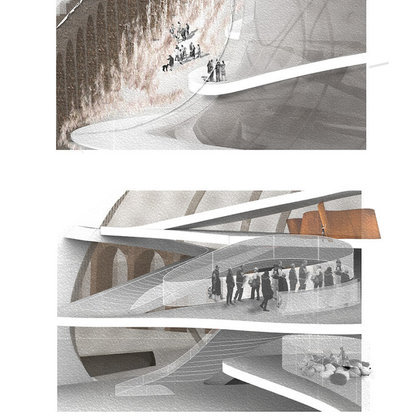 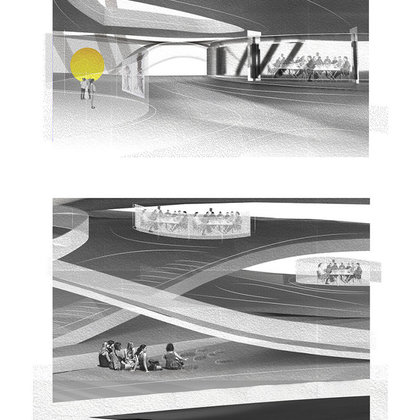 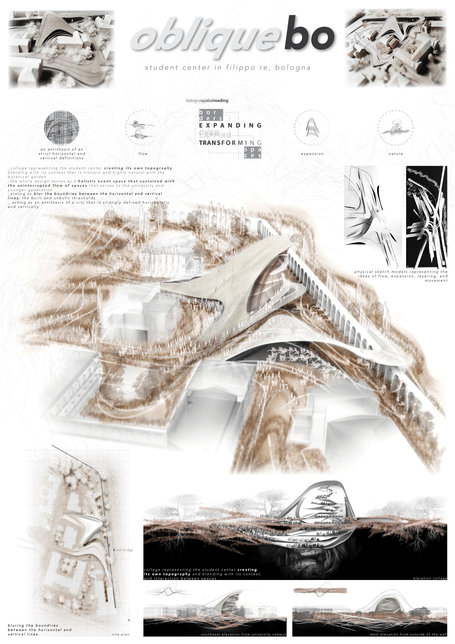 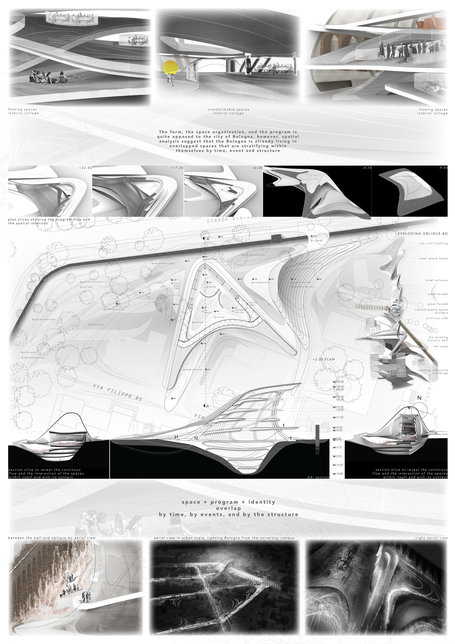