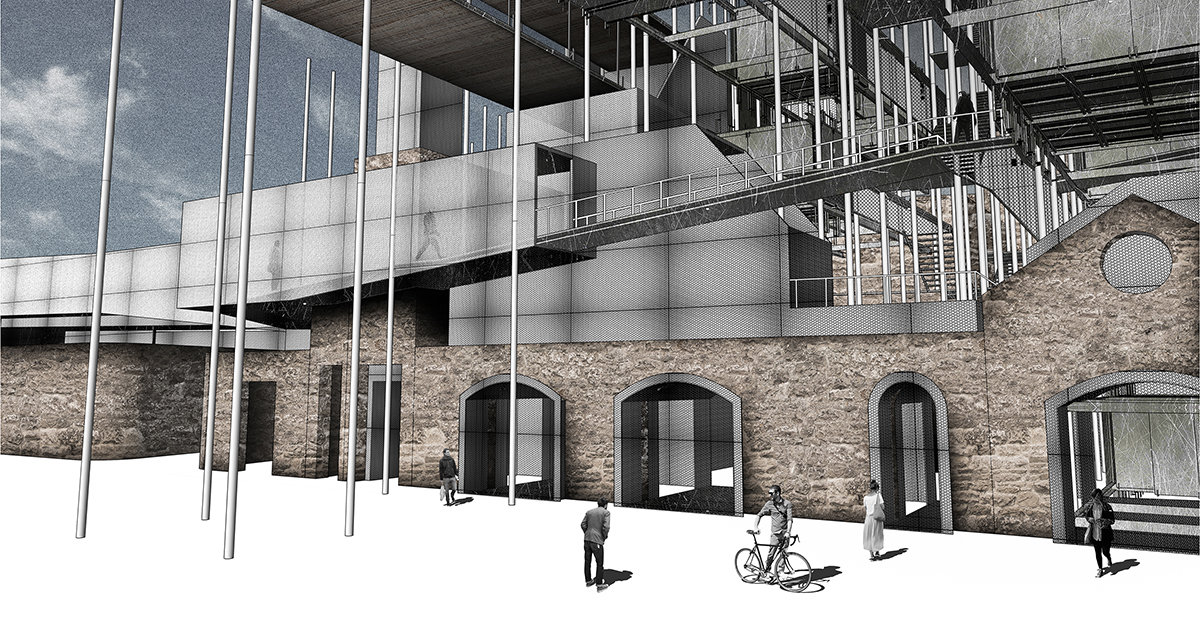 The buffer zone that divides Nicosia in two parts, is a no-man’s land that resulted from the conflict between the two main ethnic groups of Cyprus in 1974. Despite the fact that the buffer zone was established 43 years ago, its edges are still affecting the urban environment from both sides. By investigating the relationship between the edge of the buffer zone and the urban environment, the project aims to propose a new system that can respond to the needs of the city in any possible future scenario. Whether the relationship between the two communities is getting better or worse, the proposed system can be efficiently adapted to its context.

Consisting of the two proposed edges, the system can operate as a strict or permeable boundary according to the needs of the future. The proposing strategies of the two edges are created either by enhancing or reversing the pre-existing conditions. The transformation of the conditions permits various relationships between the urban environment and the buffer zone or between the two sides, in order to respond to the requirements of the different scenarios.

In addition, within the two edges, expandable structures are rising that can shrink or expand the limits of the buffer zone under a continuous negotiation between the inhabitants of Nicosia and the authority of the United Nations.

The project was awarded first prize because it contains within it most of the themes and aims that the Prize sets out to address. It tackles a real problem and provides an imaginative solution within a European urban context that has strong political, social and environmental significance. The proposal to reunite two parts of a city by superimposing a grid that does not destruct or obstruct, but rather superimposes above the low buildings a loose frame that restitches and unites, was considered by the jury to be imaginative while at the same time being pragmatic and realistic.

Moreover, this framework is flexible and expandable, so the relatively low impact of the architecture was considered to be a positive element that allows for real public interaction and involvement, with the possibility of spontaneous and adaptable development over time.

The student presents a well thought analysis, based on historical insight and involvement, creatively suggesting a better way to the future, integrated development of the city.

This projects is awarded with the European Architectural Medal for Best Diploma Project. 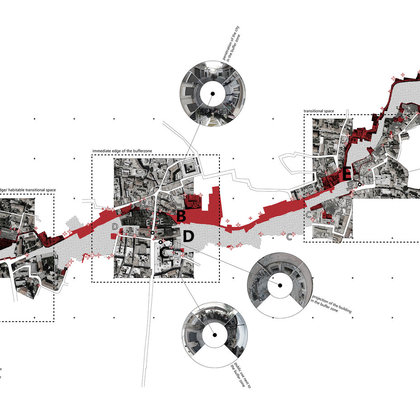 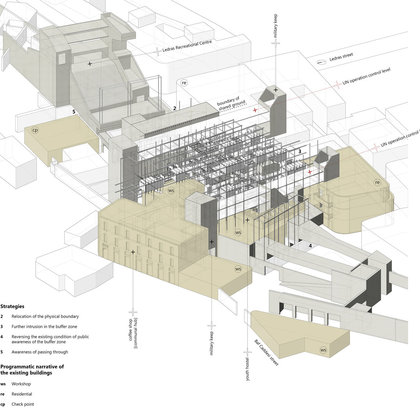 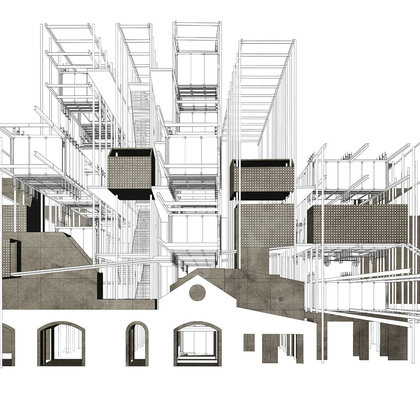 Reversing the condition of public awareness 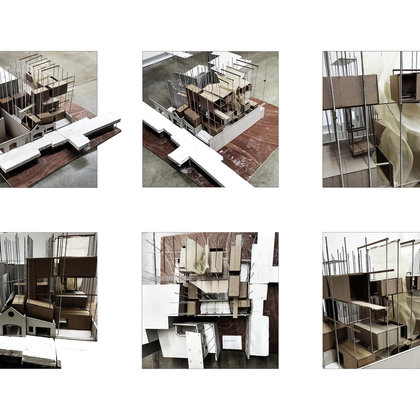 Experimenting with the different system components 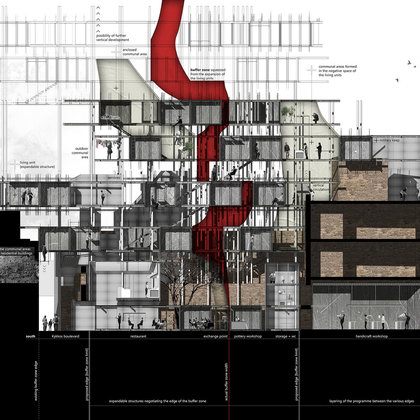 Section of the buffer zone transformation under Scenario 2 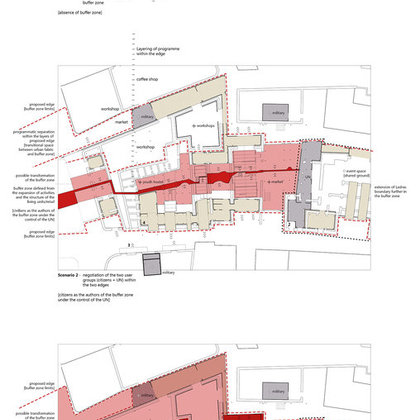 Groundfloor plan investigating the transformation of the buffer zone 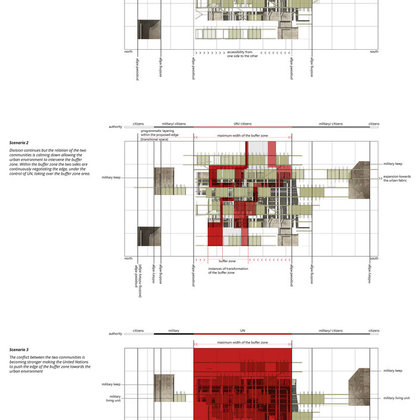 Buffer zone transformation in each scenario 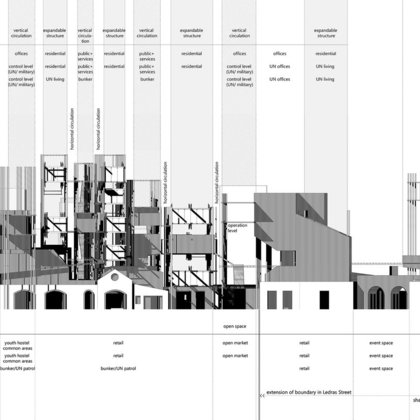 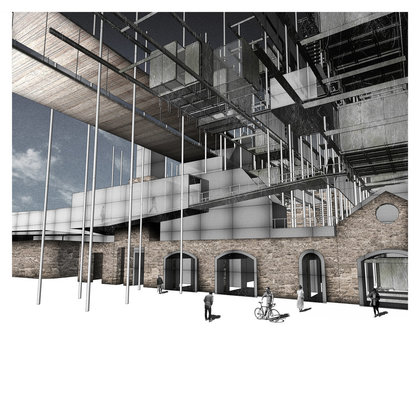 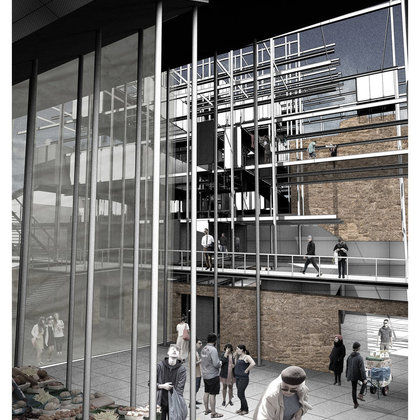 View of the open market 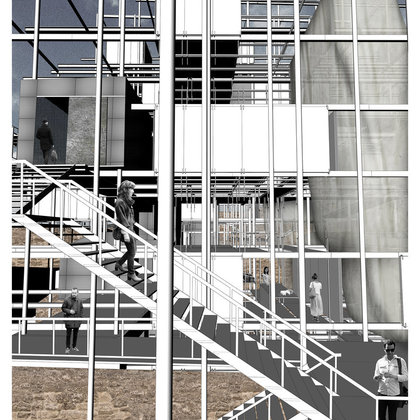 View of the expandable structures 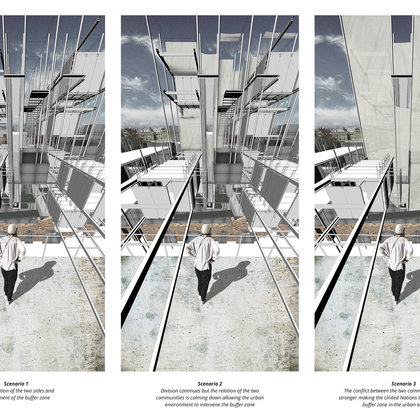 Transformation of the buffer zone 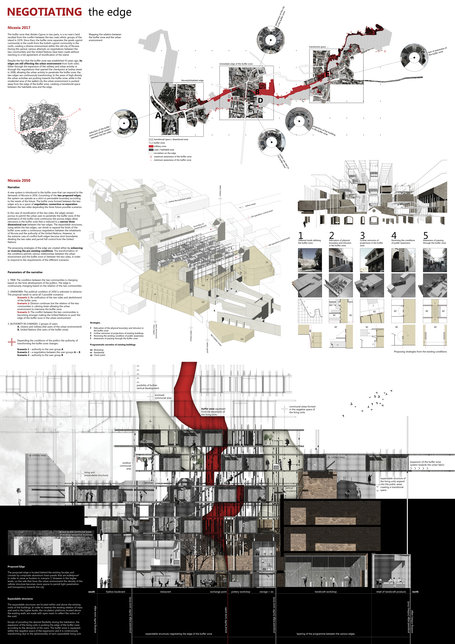 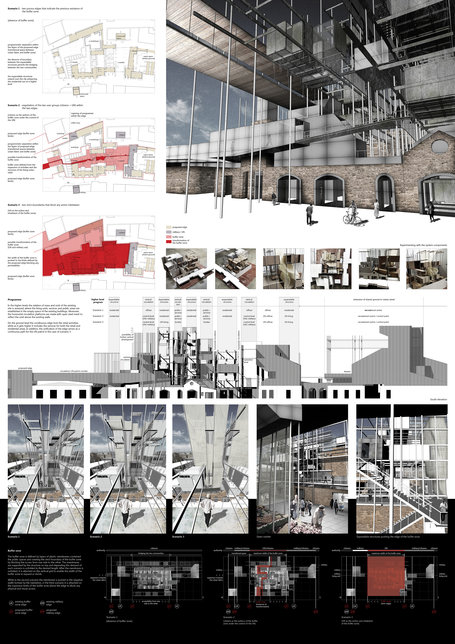