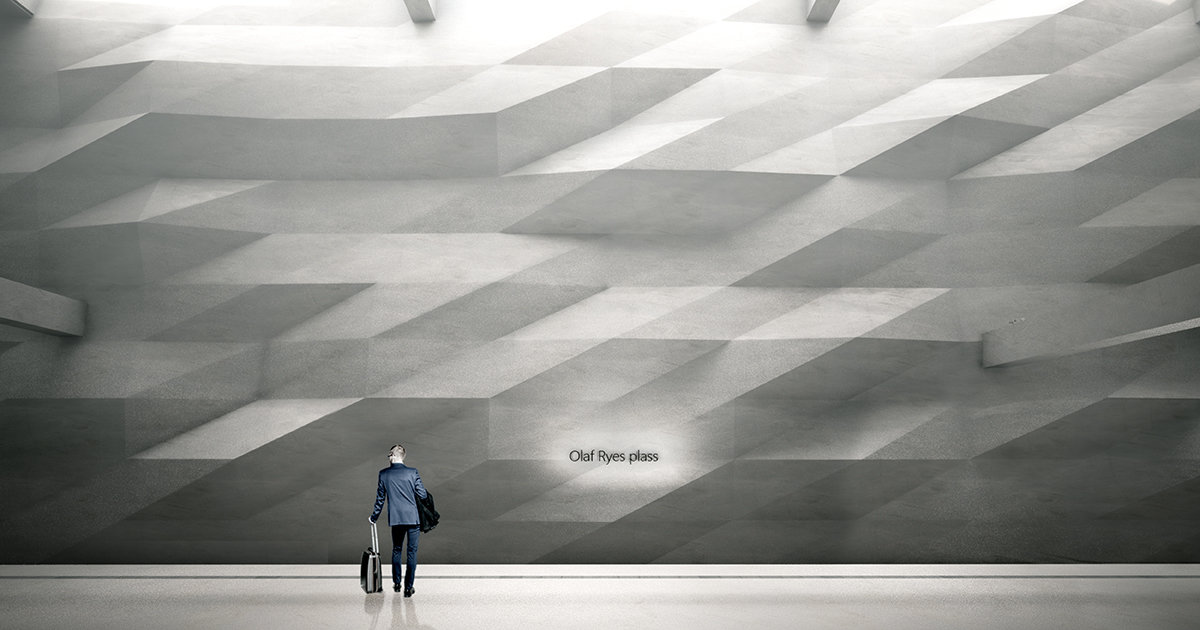 Oslo is growing, and with it the demand for public transportation. In order to meet future demands, the municipality of Oslo and the government of Norway wish to expand the metro system in the capital with a new tunnel through the city center. One of the locations they have proposed for a new metro station is the park Olaf Ryes Plass in Grünerløkka, about 1.5 km north of Oslo Central Station. By linking this station with the existing tram line, it creates transportation hub - a node.

A metro station provides easier access to areas and generates life to the surrounding urban area, especially during certain times during the day. However, to include such a new and prominent element to an urban area can create disorder. So is it possible to make a metro station that can improve and enrich an existing city space?

Olaf Ryes Plass provides the perfect set of parameters for creating a metro station that can link the street level with the underground in a natural and pleasant manner. By working with (and not against) the criterias and regulations of both a metro station and a good urban area I hope to create a station that’s more than just platform for passengers. A station that doesn’t conflict with its surroundings, but enhances them.

The 'Node' treats a real problem found in all large cities - the need to expand the existing metro system and insert new stations into a consolidated urban fabric.

The project represents an interesting proposal that successfully solves some important aspects:

• good relation with the existing buildings
• functionality and the fluidity of spaces
• access to the surrounding areas
• need for an expressive and attractive public space in both day and night.

Thus, the 'Node' becomes a hub that improves an existing city space, linking the street level with the underground, without significantly transforming the streetscape. So, not only does the project solve the functional challenges of the site in an unassuming manner, but with great artistry and intelligence uses light, materials and textures, to create a new space that is both scenografic and dynamic.

For these qualities this project is awarded with ACE prize for societal impact. 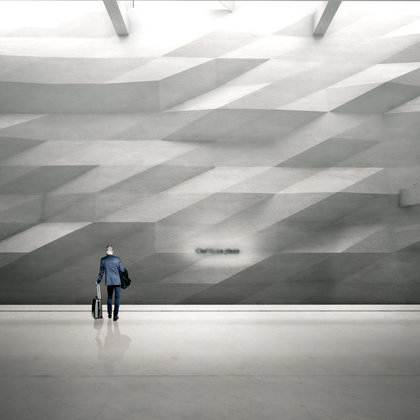 Perspective of the northern wall 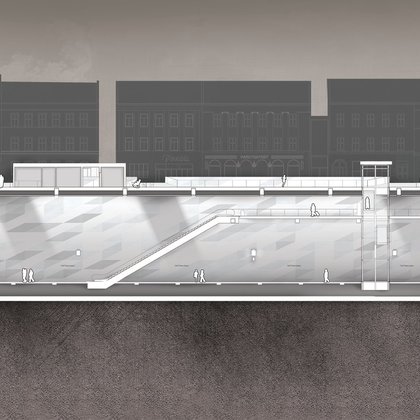 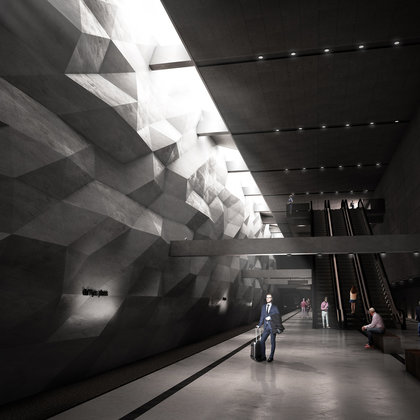 Perspective of the platform 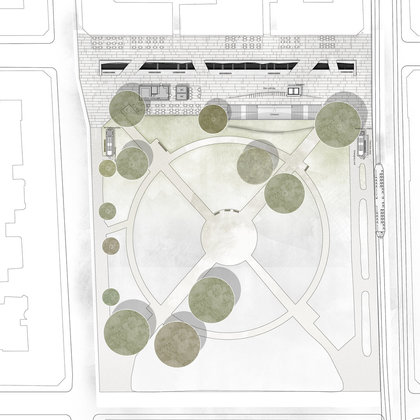 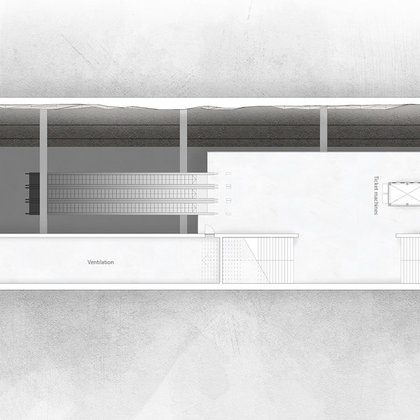 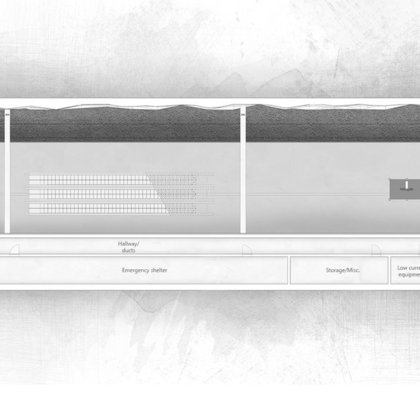 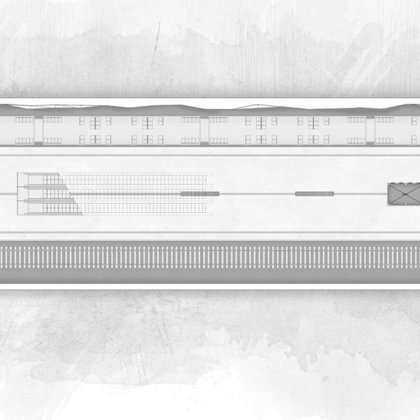 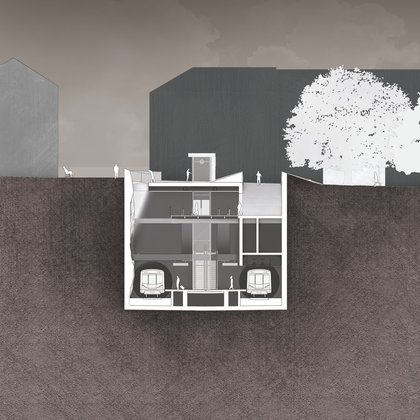 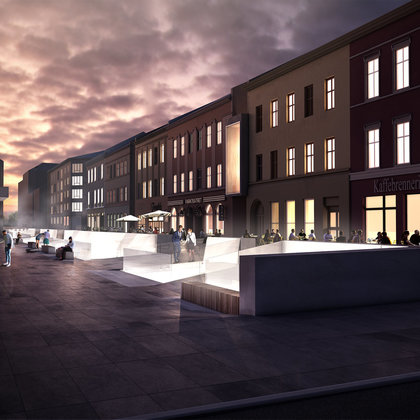 Perspective of the street level 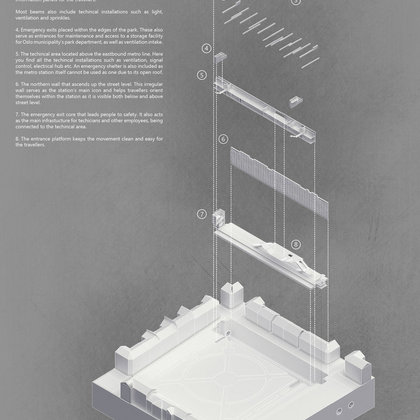 Axonometry of the station's elements 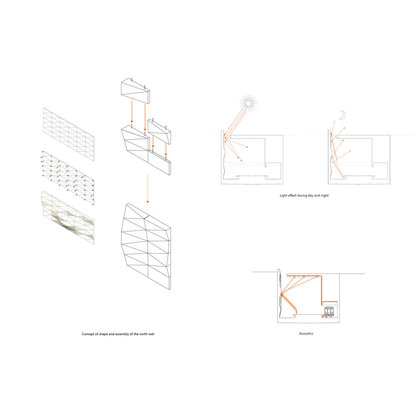 Concept of the northern wall 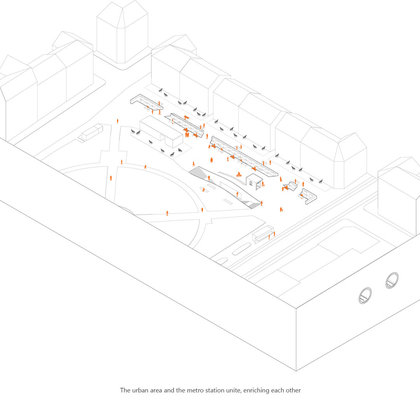 Station and city space joined together 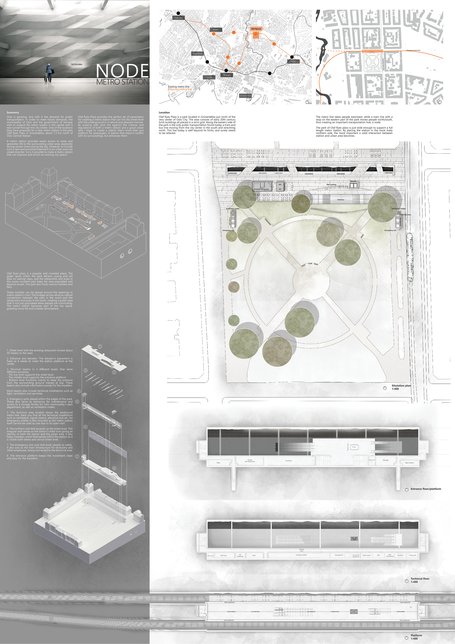 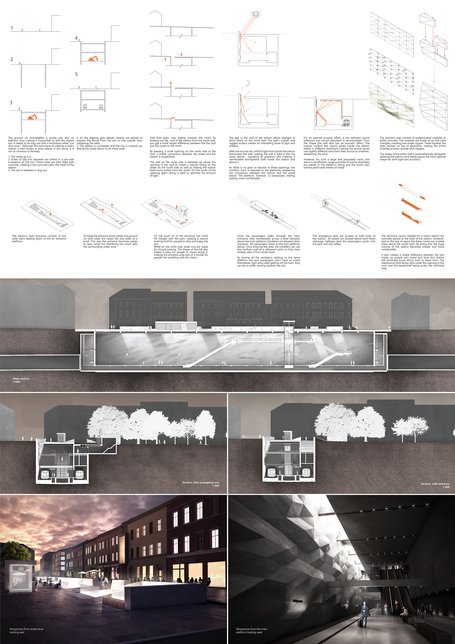