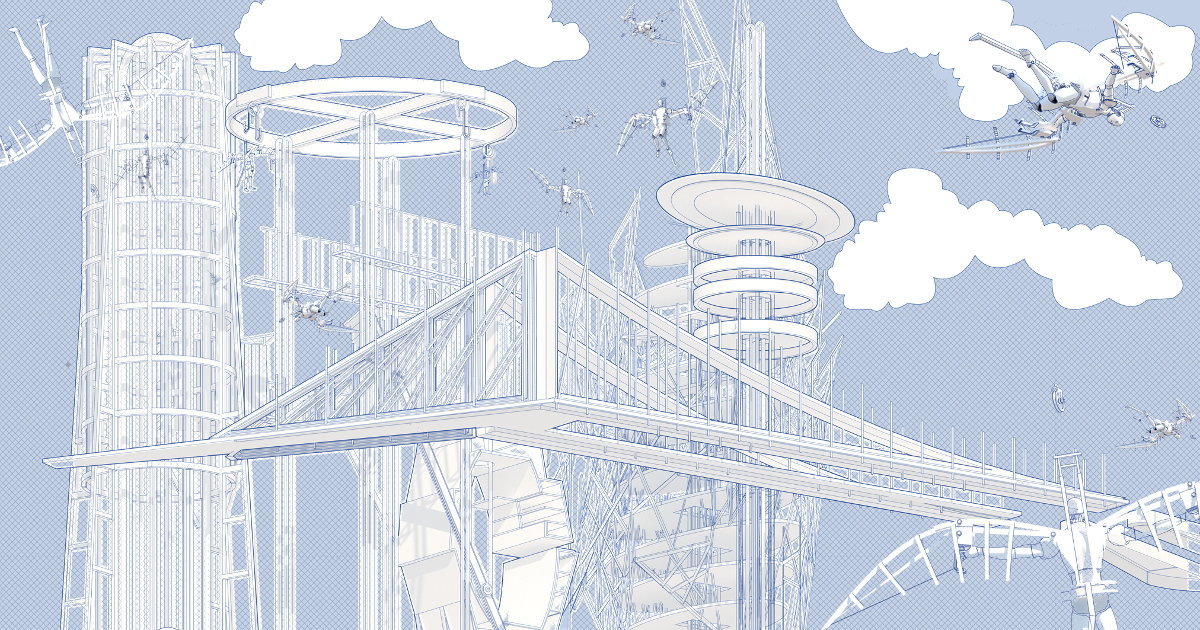 “Cloud-Cuckoo-Land” operates as a satirical device of socio-political critique, towards current lifestyles and their expression on the domestic or public aspects of everyday life. The overall aim of this thesis is to criticise the psychological process which reinforces political forms of collective identities, amongst contemporary European capitals. More specifically the thesis is drawing observations from the urban framework of the city of Madrid, which was read in parallel to the satirical play “The Birds” written by Aristophanes. The thesis is adopting the medium of myth and the human desire of transformation, as described in the play, in order to express the citizen’s need of escapism from the absurdity of modern life, by dedicating their selfhood to animality. The “Birds” are suggesting a world ruled by birds but also by humans that seek their transformation in the form of a new habitus, that of a bird like human being. The proposed architecture is adopting the above mythological elements in it’s aim to evoke a satirical vision and re-think the established norms of architectural culture. Cloud- Cuckooland is situated parasitically on top of Madrid, aiming to disturb and satirise the world below. The overall thesis operates in three parts but also in three scales.

The project is a critical reading of Madrid’s social, cultural, political, historical and environmental condition to establish the foundations for an architectural parable. The parable is based on Aristophanes play, The Birds, a satirical critique of ancient Athenian society. The satiric perspective is used to determine the parameters and the criteria for a design process that proposes an architecture of absurdity, which challenges normative relationships between inhabitants and their urban context. A precise examination of the characteristics and possibilities contained in the technological studies of instruments for living as a bird, became a lens for examining the architectural expression freedom form the social, political and economic constraints of contemporary Madrid. This thesis operates on two levels, as an architectural fable and as an attempt to use architecture as critical metaphor; forcing the reconsideration of the expression of economic power in urban form and the patriarchal gendering of space. The proposal forms a world where humans live as birds, assisted by technological devices that transform the existence and radically alter the spatial and formal attributes of architecture. The premises of the fable are less important than the architectural possibilities of a position outside of normative relationships and the role this plays as a catalyst, a method for rethinking the physical environment and its expression of social structures. 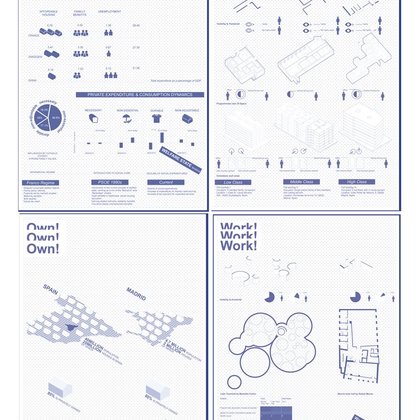 Analysis of the contemporary socio-political context of Madrid 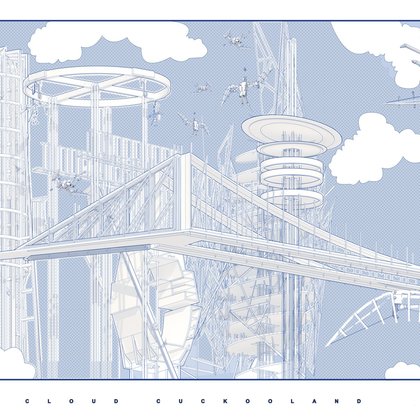 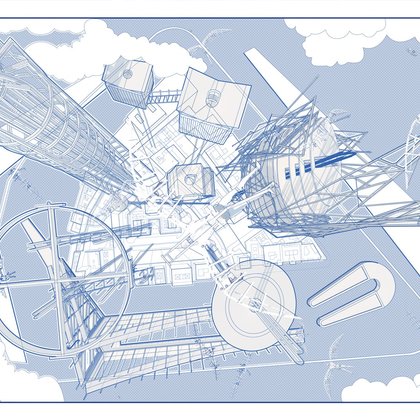 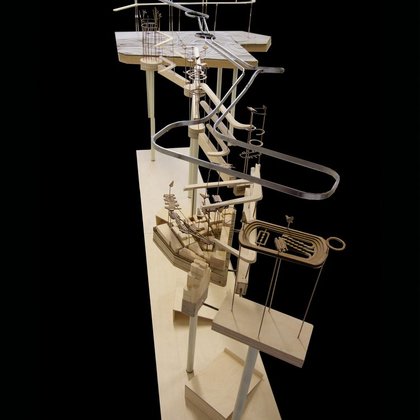 Model of the proposal on an urban scale 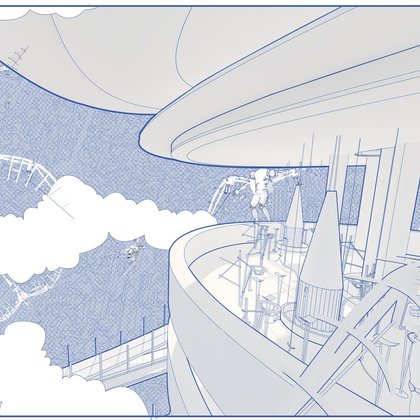 View from settlement to the city 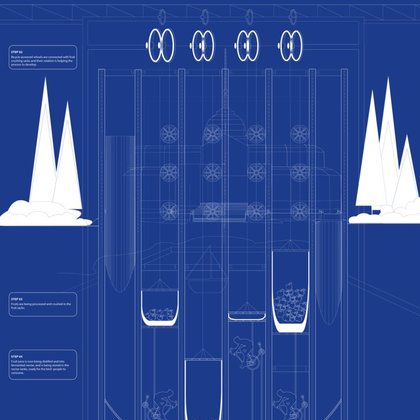 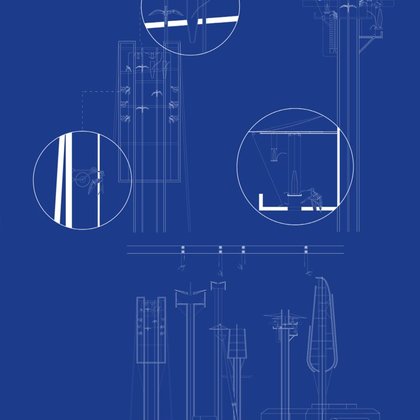 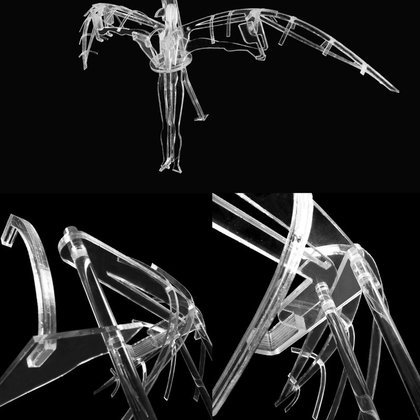 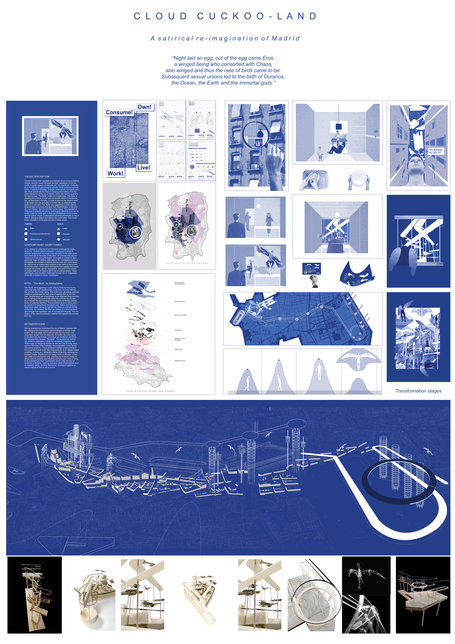 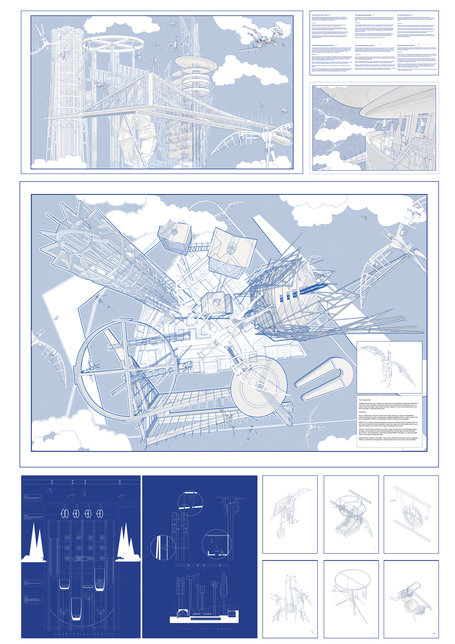