by Tom Smith from Faculty of Art and Design Manchester School of Architecture, United Kingdom
Tutored by: Karsten Huneck 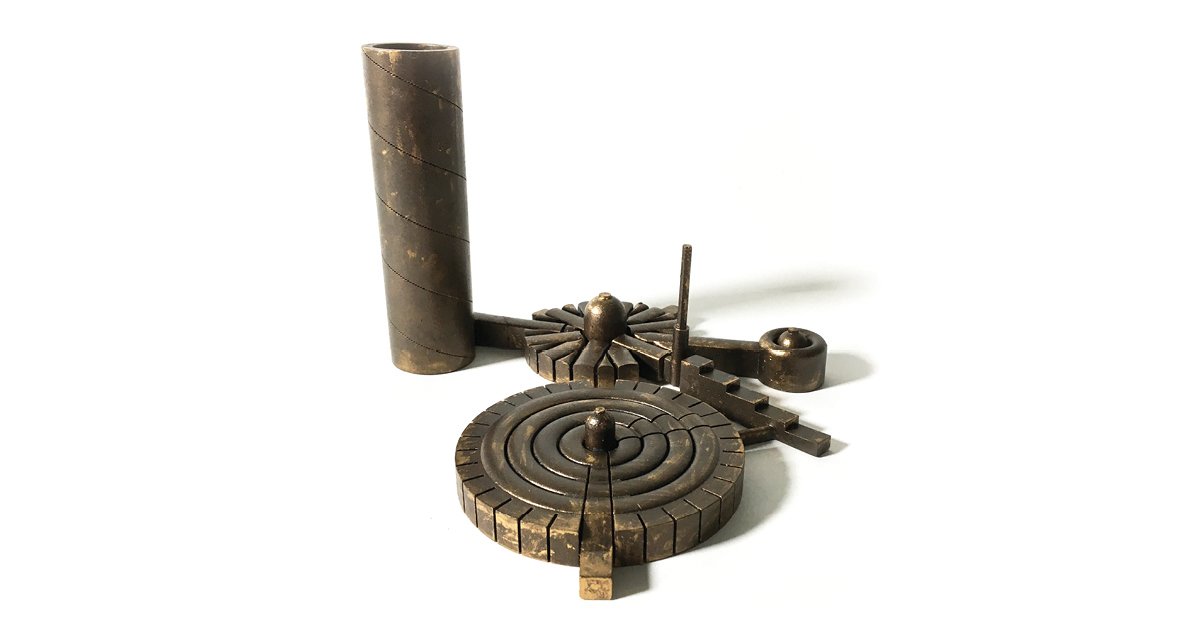 During WWII, Nazi powers looted artwork from across Europe, to covet "true art" for Hitler's “Führermuseum", and to purge “degenerate art” from the world to prevent corruption. Hordes of plundered items were hidden in secret “repositories”. The repositories were often in remote locations to avoid detection and included structures such as mines and castles. Never had art been moved, hidden or plundered on such a vast scale.

A significant amount of research was carried out into the plunder of Europe. The locations of the repositories was recorded and an index of plundered works was created. The Repository for Plundered Art will be a museum, dedicated to exhibiting “true” and “degenerate” works of art which were plundered from Europe during WWII. The spaces were curated around each piece, hinting at the conditions of their plunder, illustrating the Nazi’s stance towards the specific pieces; their adoration or hatred.

The “Repository für Gerplünderte Kunst” utilises the hidden, disused brick reservoirs of Berlin’s first water tower and Germany’s first concentration camp, and incorporates both subtle interventions and grand gestures which aim to intensify the polar visceral qualities of the spaces through light and mass. The experience and the journey through the structures reflects the repositories (salt mines and castles) which were used to temporarily store the stolen artwork, and focuses all attention on the highly politicised, contested works of “true” and “degenerate” art.

The author has produced a stunning piece of work around the theme of looted and forbidden art during the Nazi regime in Berlin and Europe.

He explored various sites to find the perfect setting to create a space for exhibiting the collection of highly politicised art pieces. The choice of the underground spaces at Prenzlauer Berg created the perfect setting for the works and the student meticulously “curated” this very special Museum around the existing spaces without altering them greatly and around each specific art piece. The constraints of the space became the framework and act as a metaphor for being totally banned during the Third Reich, and for the condition in which the artwork was stored.

The fact that the statue of David –the ultimate representation of a perfect human for the NAZI’s – is not easily visible in its whole entirety because it is placed oddly within a far too small round chamber epitomises the ambition of the author, and mimics the statue’s storage in-situ during WWII within a brick capsule, to prevent capture.

He crafted artefacts and created drawings that are artworks themselves. Working at every scale, even designing the pedestals for the works to be presented on. He created a very thorough set of diagrams, plans, sections and details that make the project realistic and believable. 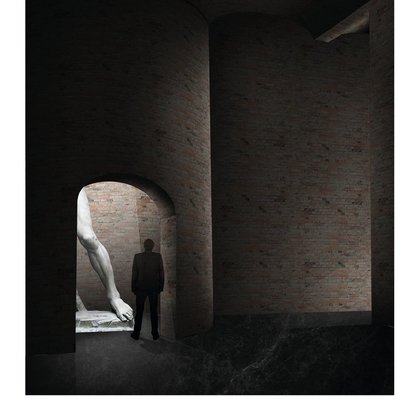 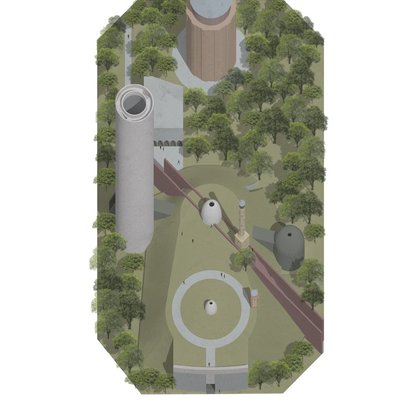 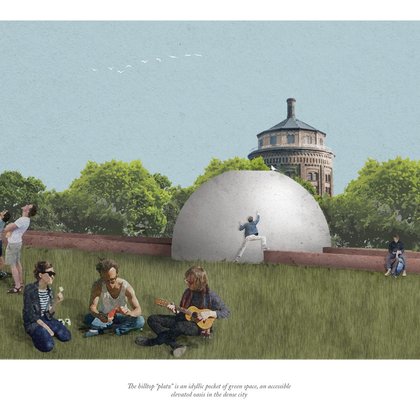 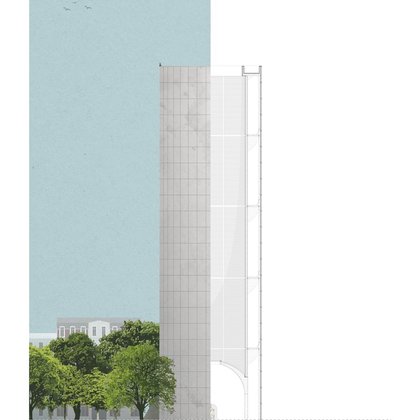 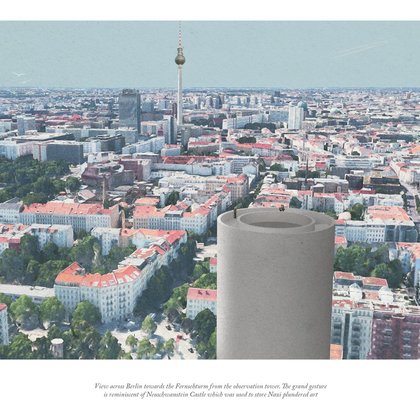 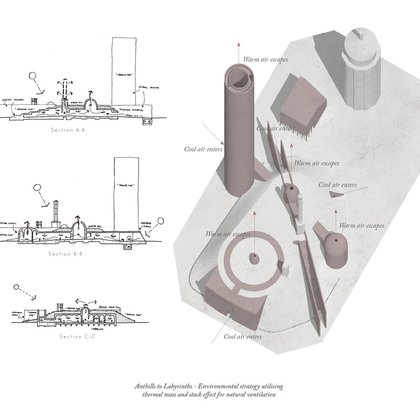 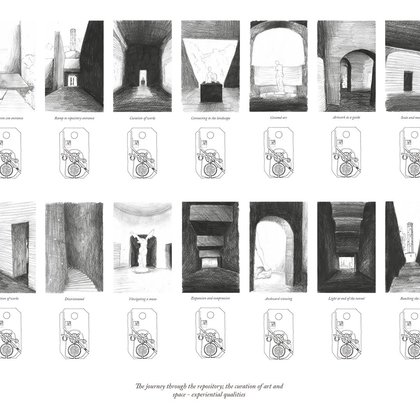 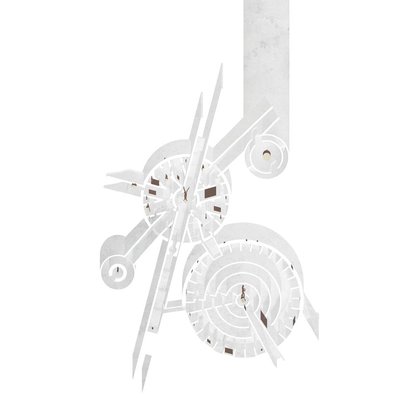 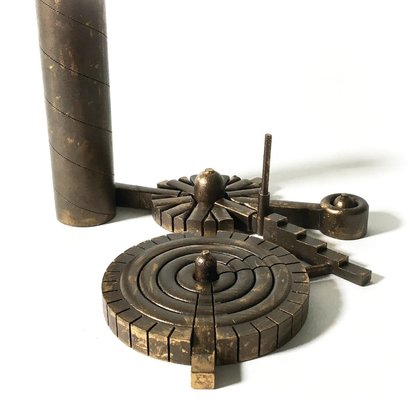 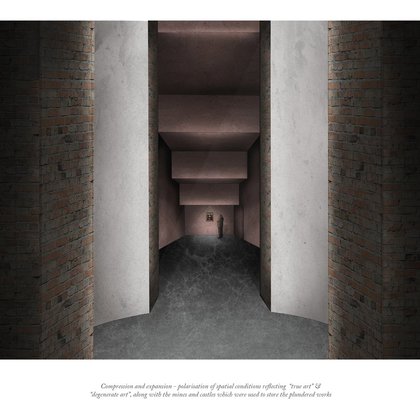 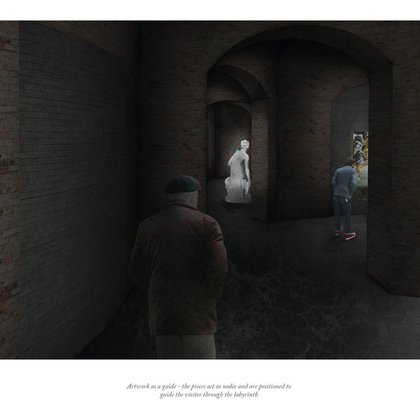 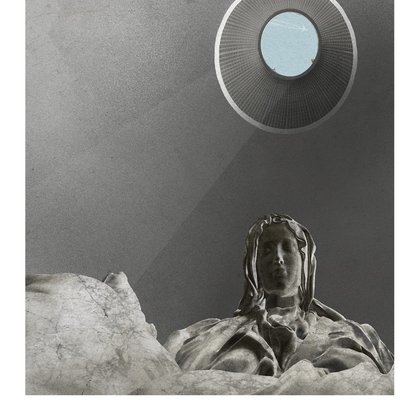 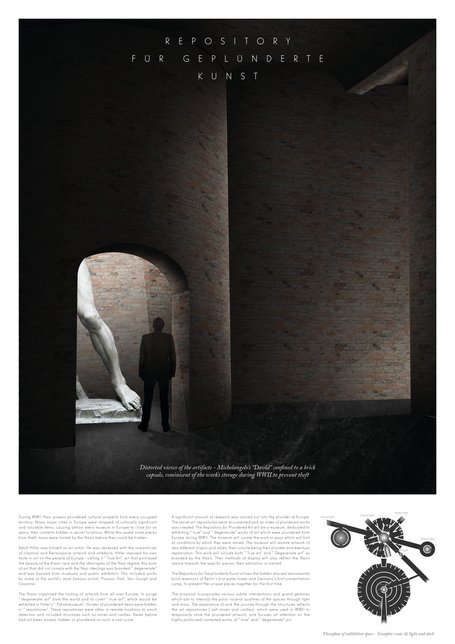 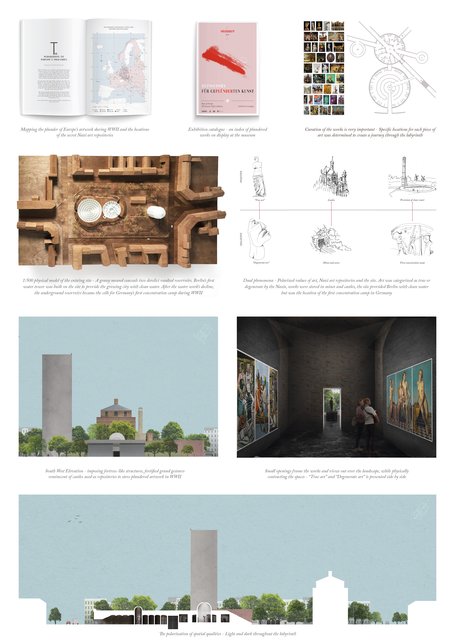